Cary, NC — The Carolina Hurricanes, while still dominating the play in most of them, lost 4 of their last 5 games.

Saturday was a well-deserved victory as the Canes found the back of the net with consistency in another solid team performance, finishing in a 6-2 win over the Buffalo Sabres. END_OF_DOCUMENT_TOKEN_TO_BE_REPLACED

Cary, NC — It was a mixed bag of top-read stories this week from crime and construction to holiday events. To get you caught up, here’s a quick recap of the week’s biggest articles.

END_OF_DOCUMENT_TOKEN_TO_BE_REPLACED

Cary, NC — On paper, this was just the game the Canes needed.

END_OF_DOCUMENT_TOKEN_TO_BE_REPLACED

Cary, NC — The Cary Downtown Farmers Market, now in its winter season through March 2022, is open on Saturdays from 9 AM – 12 PM.

END_OF_DOCUMENT_TOKEN_TO_BE_REPLACED

Cary, NC — The weekend ahead of us is sure to be a festive one as it includes Cary’s Heart of the Holidays Celebration and other seasonal events.

END_OF_DOCUMENT_TOKEN_TO_BE_REPLACED

Cary, NC — The excitement surrounding the construction of Phase 2 of Downtown Cary Park has spurred plenty of conversation. It has also spurred a building boom in Downtown Cary that hasn’t been seen since the 1970s. END_OF_DOCUMENT_TOKEN_TO_BE_REPLACED

Cary, NC — Aiden Henry Bilyard, 19, of Cary, has been accused of “using chemical irritant against officers” and “smashing a window with a bat” during the U.S. Capitol breach on January 6, 2021.

The following is a released statement from the U.S. Department of Justice on Tuesday, November 23 regarding the recent arrest of Bilyard.

“A North Carolina man has been arrested for assaulting law enforcement with a dangerous weapon and other crimes related to the breach of the U.S. Capitol on Jan. 6, which disrupted a joint session of the U.S. Congress that was in the process of ascertaining and counting the electoral votes related to the presidential election.

Aiden Henry Bilyard, 19, of Cary, N.C., is charged with engaging in physical violence in a restricted building or grounds, civil disorder, and assaulting, resisting, or impeding certain officers with a dangerous weapon, among other charges. He was arrested yesterday in Raleigh, N.C., and made his initial appearance in the Eastern District of North Carolina later that day. He was released pending further court proceedings. 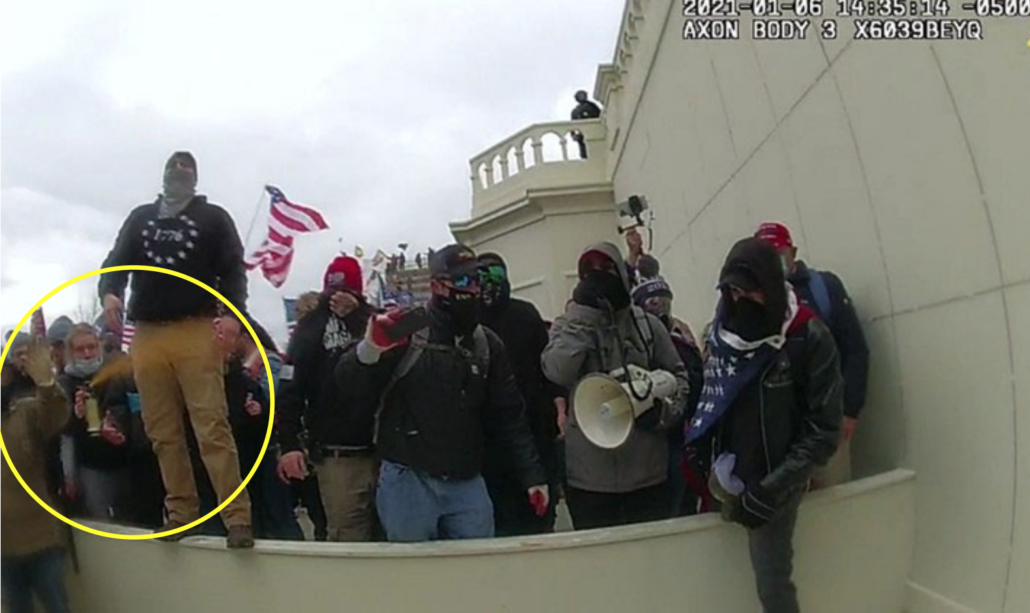 According to court documents, at approximately 2:35 p.m. on Jan. 6, Bilyard was among a crowd of rioters in the Lower West Terrace area of the Capitol. He was holding what appeared to be a large gold-colored canister. Video footage depicts him pointing the nozzle of the canister toward a line of uniformed law enforcement officers that was attempting to secure the building and activating the propellant, discharging an orange-colored liquid spray.

The chemical irritant is believed to have been “bear spray,” which rioters used in efforts to incapacitate officers. Later in the afternoon, at approximately 4:10 p.m., Bilyard is depicted in video footage in a group gathered in front of a large glass window of the Capitol building. 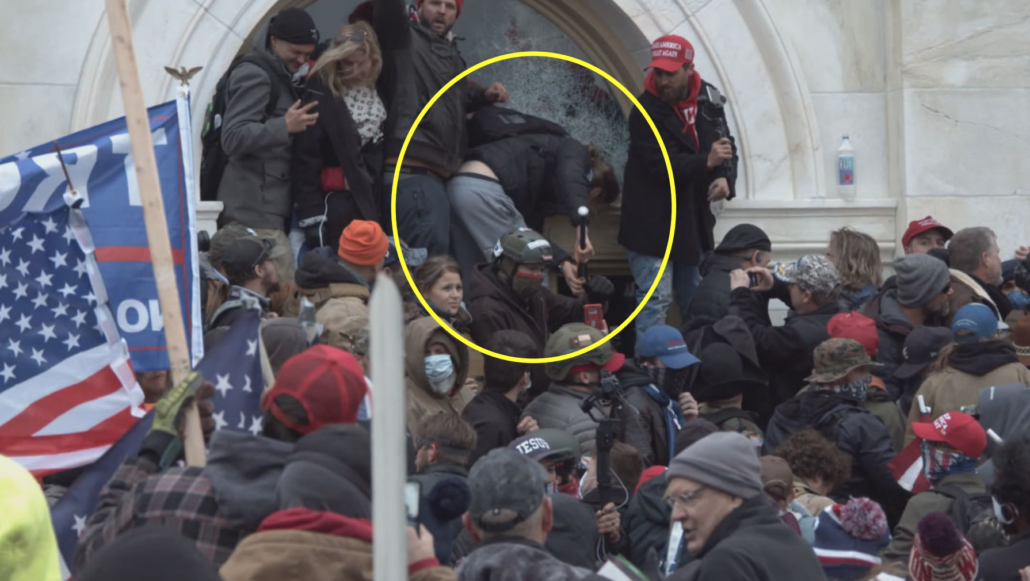 While there, he encouraged an individual who was striking the window with what appeared to be a small axe. Bilyard was handed a bat and used it to shatter the lower glass portion of the window. He then entered a Senate room through the broken window. 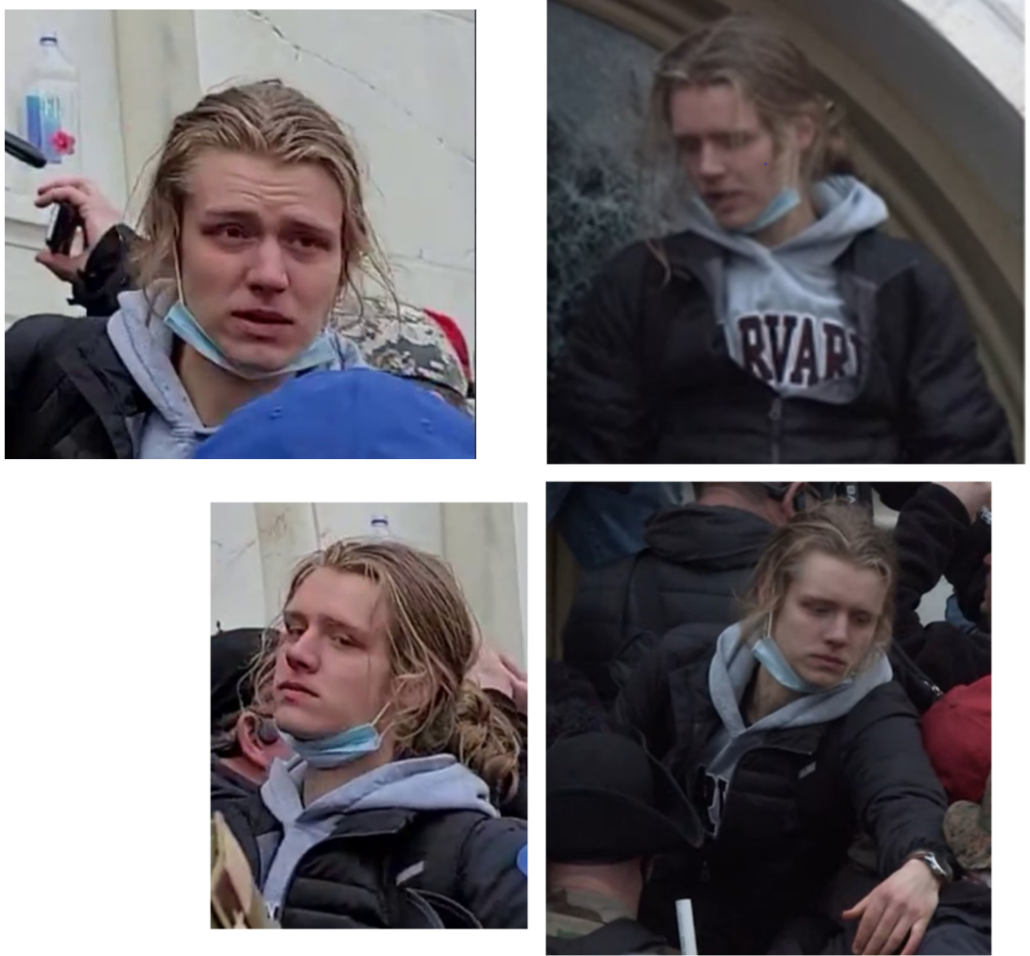 In the ten months since Jan. 6, more than 675 individuals have been arrested in nearly all 50 states for crimes related to the breach of the U.S. Capitol, including over 210 individuals charged with assaulting or impeding law enforcement. The investigation remains ongoing.

Anyone with tips can call 1-800-CALL-FBI (800-225-5324) or visit tips.fbi.gov. The charges contained in any criminal complaint or indictment are allegations. The defendant is presumed innocent unless and until proven guilty beyond a reasonable doubt in a court of law.”

For additional details on this story, see the USDOJ Statement of Facts and further coverage from WRAL, CBS 17 and The News & Observer.

Story and photos sourced from the U.S. Department of Justice.

Cary, NC — Now in its 10th year of being celebrated, Giving Tuesday is a growing global movement about generosity that drives giving and collective action in communities around the world.

END_OF_DOCUMENT_TOKEN_TO_BE_REPLACED

Cary, NC — The Canes returned home after a long road trip to face the Washington Capitals in a showdown for first place.