Cary, NC — Since 2009, CaryCitizen has been for and all about Cary, but who made it that way?

A couple from New Jersey, actually, by the names of Hal Goodtree and Lindsey Chester created CaryCitizen. As they wrap up their news publishing business this week, it felt like a great time to share their story. 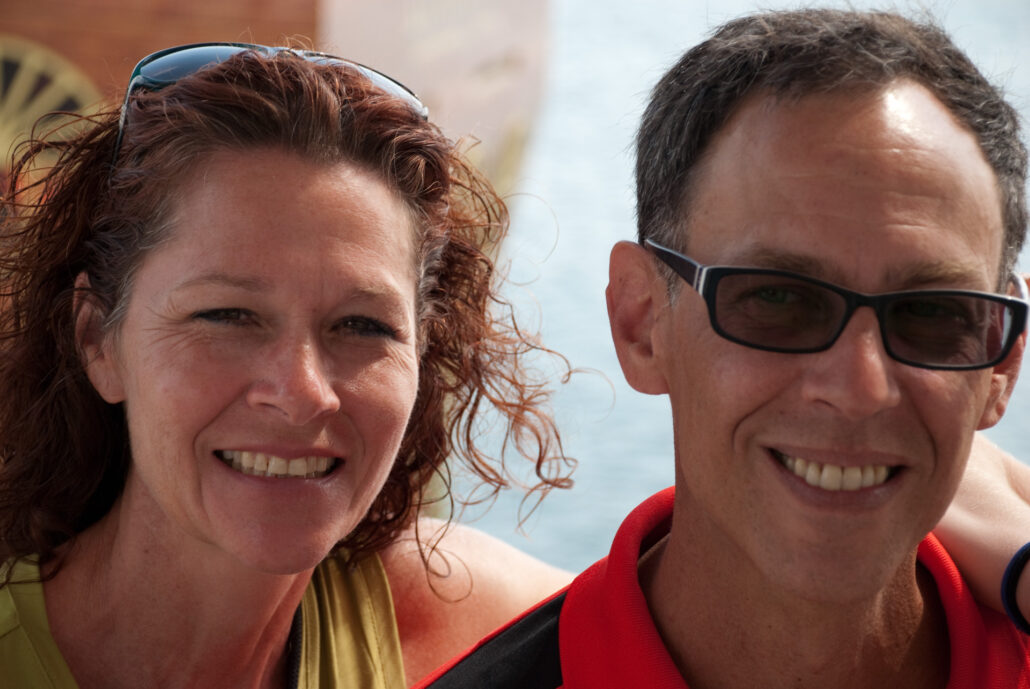 Lindsey and Hal moved to Cary in 1998. Lindsey left a 15-year career as a women’s clothing designer in the Garment Center of Manhattan and Hal was working as a commercial television producer, filming over 500 ads from coast to coast. Having one child, and hoping to expand their family in a house versus an expensive apartment in the northeast, they began looking in North Carolina.

Through some contacts in the advertising industry, they landed in North Carolina and started in an apartment for rent in Cary. At first, they considered other towns or cities to buy a home, but lucky for their community of readers, they stayed right here.

“Cary looked like the most appealing community in the Triangle,” said Hal

Lindsey added, “There was something about it we just liked. It was more diverse, it was highly educated and it just really looked great.”

Together they had another child and they each continued with their work, Hal as a producer until 2006 and Lindsey began working with a construction company, studying architectural plans and creating estimates.

As they came to know Cary over the course of about 10 years, they became familiar with the happenings and the people of this rapidly growing town. But they noticed something else too—a void of information.

“I felt the regional media was failing us,” said Hal. “8 out of 10 stories were negative and I thought they were not creating community. Instead, they were damaging the notion of community in a cynical bid to get more reads.”

Time and time again, they would see major media outlets only stopping into Cary for occasional crimes, deaths, fires, or big developments. When Hal’s attempts to advocate for these outlets to tell more of the story of Cary only earned him laughs, he decided to show them what was missing.

In the autumn of 2009, CaryCitizen was launched. 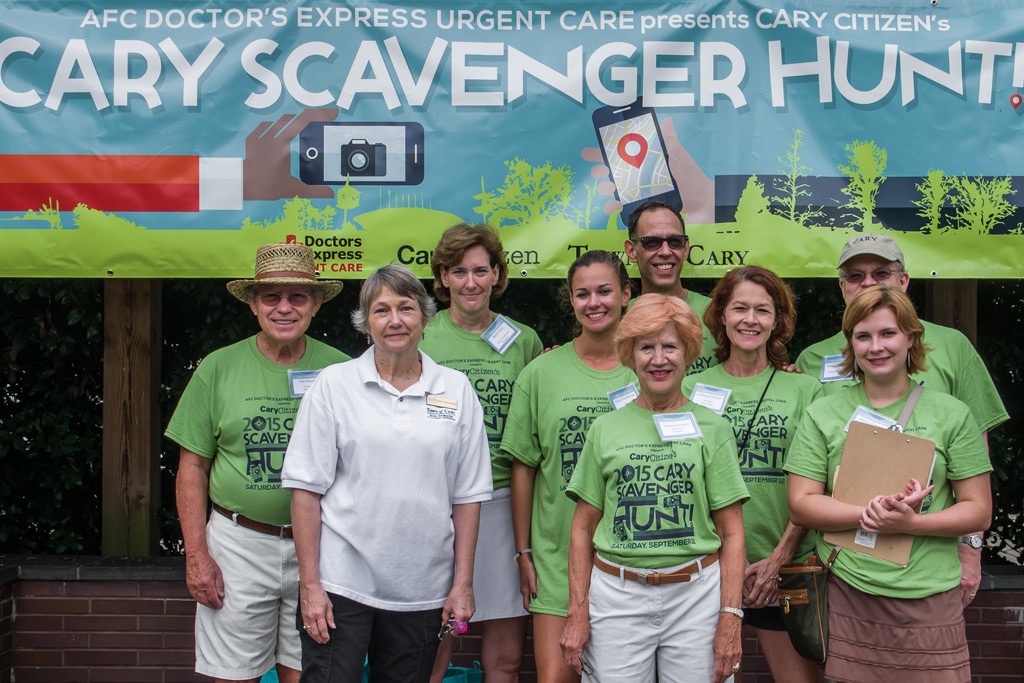 Together, Hal and Lindsey, with the helping hands and minds of a few of their friends and volunteers, including Brenda Larson, Leslie Huffman and Matt Young, started up the site and saw “hockey stick-shaped growth” from there.

“We saw it was a definite need and that energized us and everyone that worked with us,” said Lindsey.

Without resorting to clickbait or gotcha-type articles, CaryCitizen took off and kept to its goal of building and sustaining a community. Locals, in return, were very receptive to the well-rounded coverage and followed along on the journey.

“Good news or bad, there is a way to be inclusive,” Hal said. And it did not take long at all for the CaryCitizen team to prove that in their work.

Best Parts of the Job 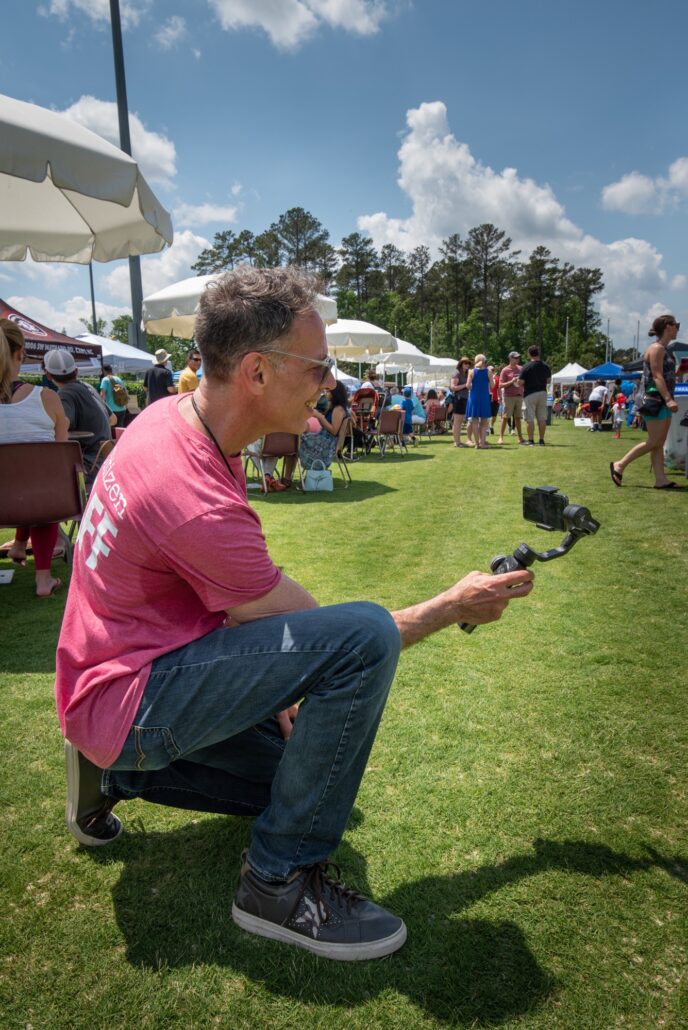 In a recent interview,  Hal and Lindsey reflected on the most fulfilling aspects of the CaryCitizen’s 13-year run.  For Lindsey, it was the ability to be connected to so many people.

“I really liked knowing who the people were, listening to their stories, and helping them achieve their mission,” she said. “For me, my greatest joy is having an impact like that.”

In telling Cary’s story, Lindsey said it was the smaller stories and covering what’s happening on a grassroots level that set the company apart from others. She particularly enjoyed providing coverage of local government meetings and presenting what happened in a way that was without a pointed perspective.

For Hal, the best parts had to do with the functionality of CaryCitizen.

He enjoyed giving people the chance to express themselves and enjoyed the fulfillment that came from being in the know with his community and providing that to others for free. 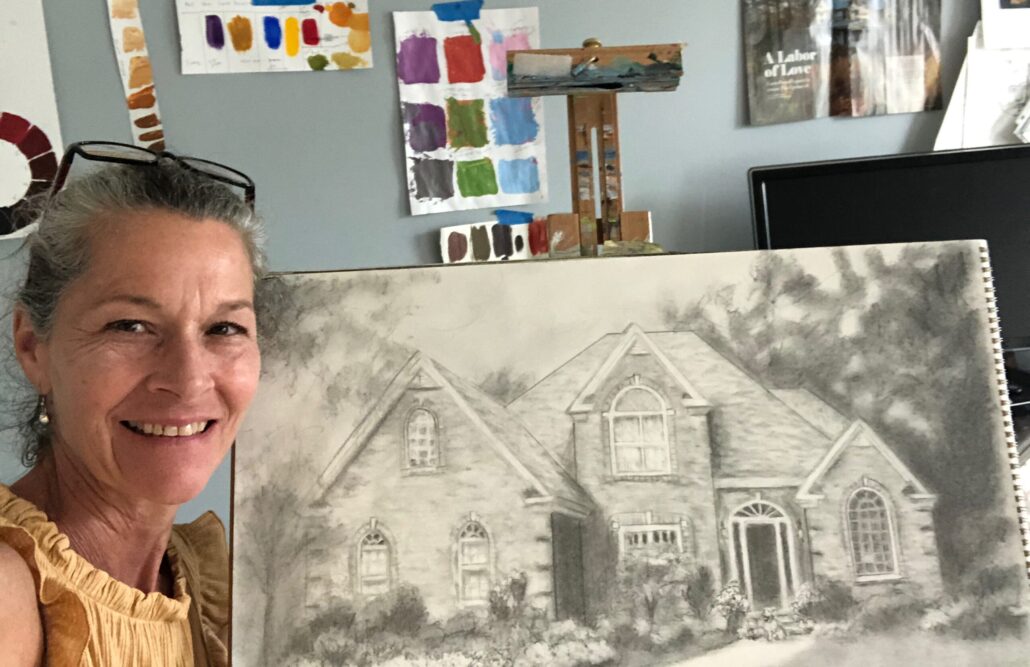 The decision to end CaryCitizen’s publishing was announced earlier this month. Both Hal and Lindsey, as they turn 64 and 62, have their eyes set on new goals for their professional and artistic pursuits as they transition into their retirements.

“I’m really going to try to lean into things that have given me a lot of joy and do them more,” said Lindsey. “Hal wants to do more with his music and I want to do more with my art. There’s no time like the present and I really think COVID made us think like that.”

As Lindsey continues to create and sell her fine art, she will also continue to volunteer, serve on 3 non-profit boards and run some of the best festivals in Cary, including Fest in the West and the Farmer’s Fall Festival.

As for Hal, he said, “I’ll be making more music and making some films and living the good life here in Cary.”

With a newly registered record company and an Emmy Award on his shelf, there’s no telling what could be right around the corner. 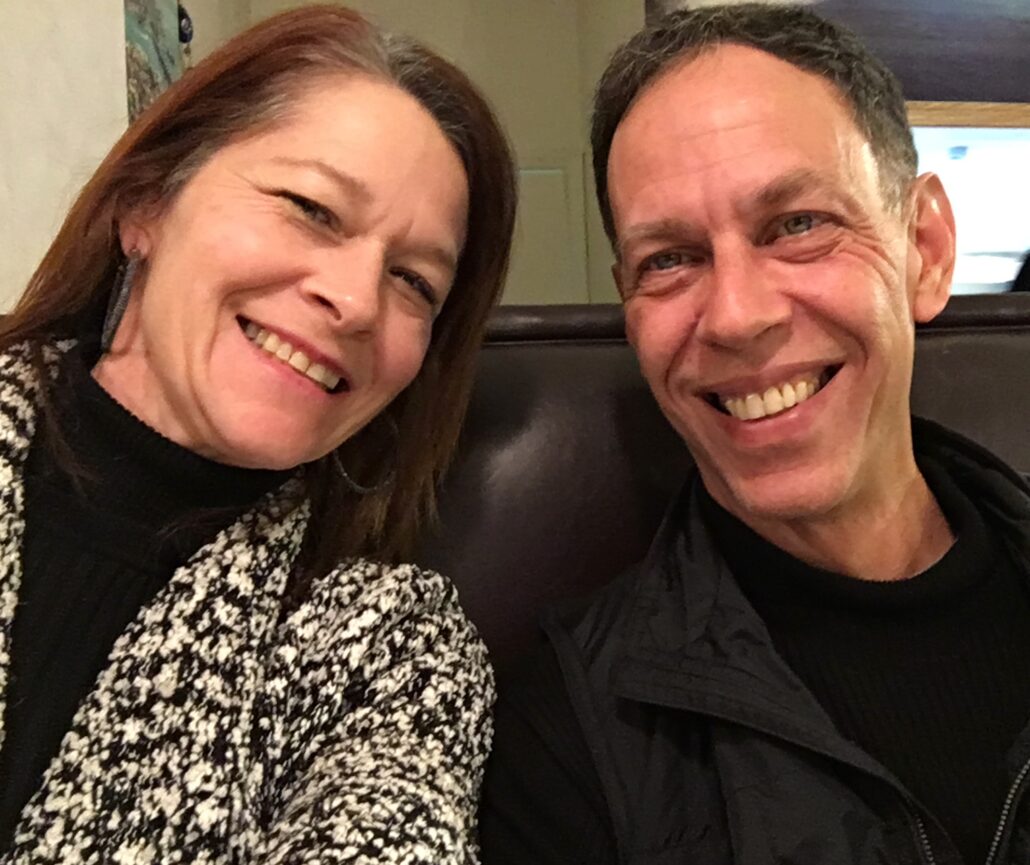 As the reality of CaryCitizen’s last few days set in this week, Hal and Lindsey were also asked about what they wish to say to their readers and what they hope CaryCitizen has meant to those people. Here’s what they had to say.

“When you start something like this, you never know what it’s going to be but I think the support from the community was really one of my favorite things about CaryCitizen,” said Lindsey. “I hope that our legacy would be one of bringing the community together.”

Lindsey also shared her appreciation for those who contributed to the 2020 GoFundMe campaign.

“That really meant a lot to us that people believed in us enough to do that,” she added.

Being in the publisher’s chair, Hal shared his hope that CaryCitizen proved the importance of hyperlocal news.

“It’s important for both readers and advertisers, too. The regional media doesn’t offer much opportunity to those who want to only advertise in Cary,” he said. Sustainability was a big point of his as well as not many free news sources can stay in business for over a decade. Thanks to lots of hard work and many interested readers, CaryCitizen stood the test of time. To all readers, Hal shared these sentiments: