Cary, NC — This week was a little less active than typical weeks this time of year.

Public hearings for the Unified Planning Work Program along with MPO Certification and an amendment to the FY2020-2029 Transportation Improvement Program were held without speakers and approved unanimously. A public hearing for the FY2023 Locally Administered Project Program (LAPP) was held without speakers, approved unanimously, and included funding for Cary’s Old Apex Road sidewalk.

Items of interest under the regular agenda included the announcement that the I540 project to US70 is expected to be completed around March of 2024. It was also announced that the I40 widening project to Johnson County, which has been ongoing for two years, is expected to have overall completion in late 2024.

The meeting concluded after about two hours.

Later Wednesday I joined Mayor Pro-Tem Frantz in a meeting with Cary Chamber members, staff members, and representatives from Frisco, Texas. A contingent from Frisco will be visiting in late March.

Their city grew from 30,000 people in 2000 to over 200,000 now (recognized as the fastest-growing community in the country several times). We visited Frisco, Arlington, and other areas around Dallas about three years ago in an intercity visit. I look forward to their visit here.

Thursday morning I met with staff to discuss how to strategically improve my interactions with other governing entities. My meeting lasted about an hour.

Thursday midday I joined the town manager in a meeting with representatives from the Homebuilders Association. The focus of our meeting was mostly relationship building.

The mission statement for this initiative is stated as “The Road to a Stronger Transportation Future initiative, powered by job creators on the Destination 2030 Coalition, is leading a broad-based, business-driven effort to modernize and diversify North Carolina’s transportation funding structure to protect our quality of life, support the healthy growth of our economy and our communities, and ensure we continue to meet the mobility needs of our fast-growing state in an increasingly competitive business environment.”

Basically, this group is trying to broaden the discussion on how to better fund transportation needs since it continues to be inadequate because funding is mostly based on the use of gasoline.

The following summary of Legislative action this week was received on Friday from the KTS Strategies lobbying group:

This week, the legislature returned to pass remedial state legislative and congressional maps. On February 4, the State Supreme Court ruled the first maps the legislature submitted unconstitutional. The revised NC House map received bi-partisan support with a vote of 115-5 and 41-3 in the House and Senate respectively.

The legislature had to submit revised maps to a three-judge panel by noon today (February 18). The court has appointed three “special masters” in the case to help review the maps submitted by the legislature. Compliant maps must be approved or adopted by the court by noon on February 23. The candidate filing period is scheduled to resume February 24. The primary election will be held on May 17.

A summary of changes to the StrongSchoolsNC Toolkit can be found here. Masks will still be required in certain places such as health care settings, long-term care facilities and public transportation in compliance with federal regulations. 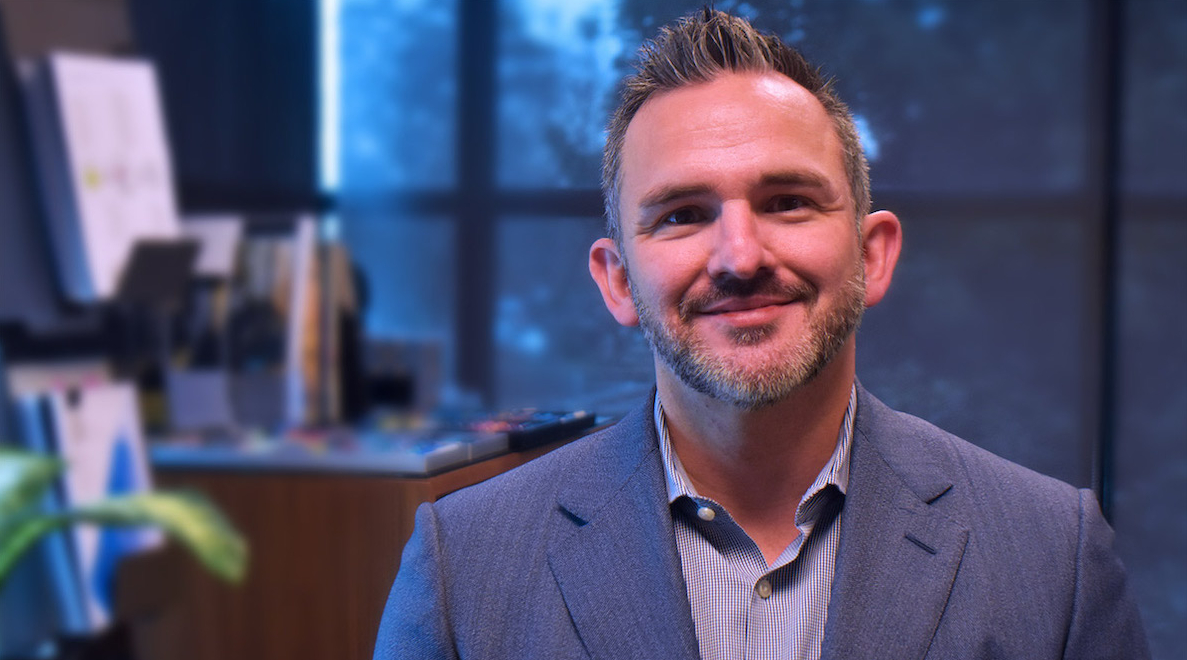 While Terry Sult continues to do an incredible job for us as Interim Chief of Police, our search for Cary’s next chief went public this week with the posting and national circulation of this recruitment brochure.

I look forward to seeing most of you Thursday night for our only regular Council meeting of February.
Sean 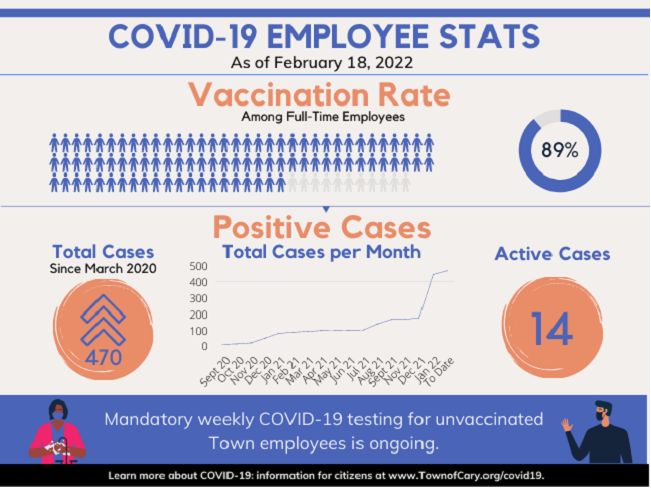 This week, staff from several departments came together for a session facilitated by Warren Miller of Fountainworks to begin work on improving public safety communications.

Cary will begin its annual water system disinfection process on February 25. During this period, the Cary/Apex Water Treatment Facility (CAWTF) will switch from the standard mixture of chlorine and ammonia for disinfection to free chlorine. Water line flushing to cleanse the system will also begin at this time.

This change, which will continue until April 13, is in accordance with state and federal recommendations and is part of our normal water system maintenance process. During the switchover period, residents and customers may notice a minor increase in chlorine odor and temporary discoloration of water due to nearby hydrant flushing. More information is available by visiting townofcary.org/waterchange.

It was a great opportunity to see firsthand several private development projects and talk through the various aspects necessary to make them a reality. We also discussed the many public investments Cary has made, which has played a significant role in the revitalization of Downtown Cary.

Those public investments made developers confident that Cary is committed to our vision and plans for Downtown. 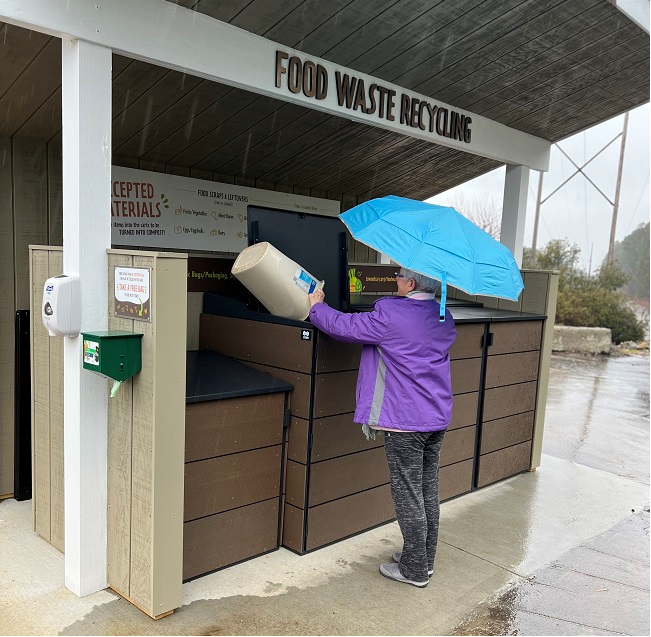 Pumpkins, pasta and potato peels are some of the many items being tossed into the carts at the pilot food waste recycling drop-off during the first week of operation. Engagement in social media and in 311 inquiries reflect a tremendous amount of interest and excitement in this service.

Social media conversations about Waste Management in Cary generated 616 interactions — approximately 14x greater than the weekly average over the past three months. The spike in volume is primarily attributed to the high engagement in response to posts about the Town’s pilot service.

We continue to monitor engagement online and in person. Staff and Toward Zero Waste Cary members are volunteering at the site each week through February to support answering questions and help monitor what we’re seeing at the drop-off.

The spring My Tree, Our Tree registration is bloomin’ hot! In the first week, citizens reserved nearly 500 of the 650 available native trees. Beautiful burr oak, serviceberry, silverbell, and sweetbay magnolia are still available for citizens who want to add a tree to their yard and to the community’s canopy. Click here for more information. 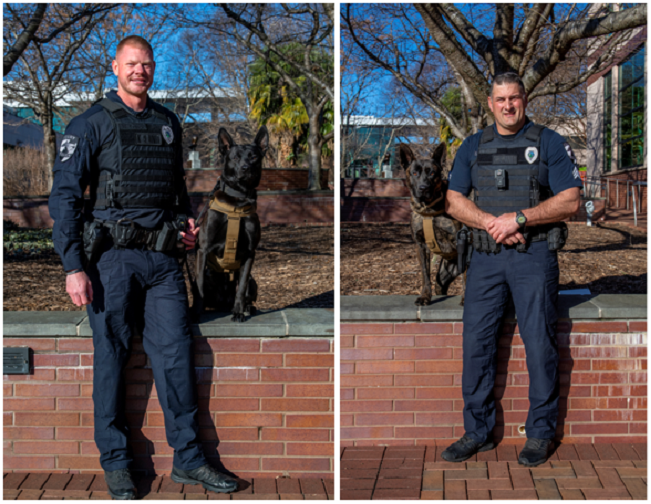 On February 9, the Police Department honored its newest Police K9’s as they, along with their handlers, successfully completed a Basic Canine Handler Course hosted by the Cary Police Department.

The following cases will be discussed on March 9 at an upcoming neighborhood meeting that will be held virtually on WebEx from 6:30 – 8:00 p.m. To learn more about the cases click on the rezoning name to view the neighborhood letter and vicinity map.

For more information and to register, visit the Virtual Neighborhood Rezoning Meeting page.

Next week’s activities include staff meetings, a chamber event, the Lazy Daze Grant reception, and a regularly scheduled council meeting.