Priority Projects Get Influx of $20 Million 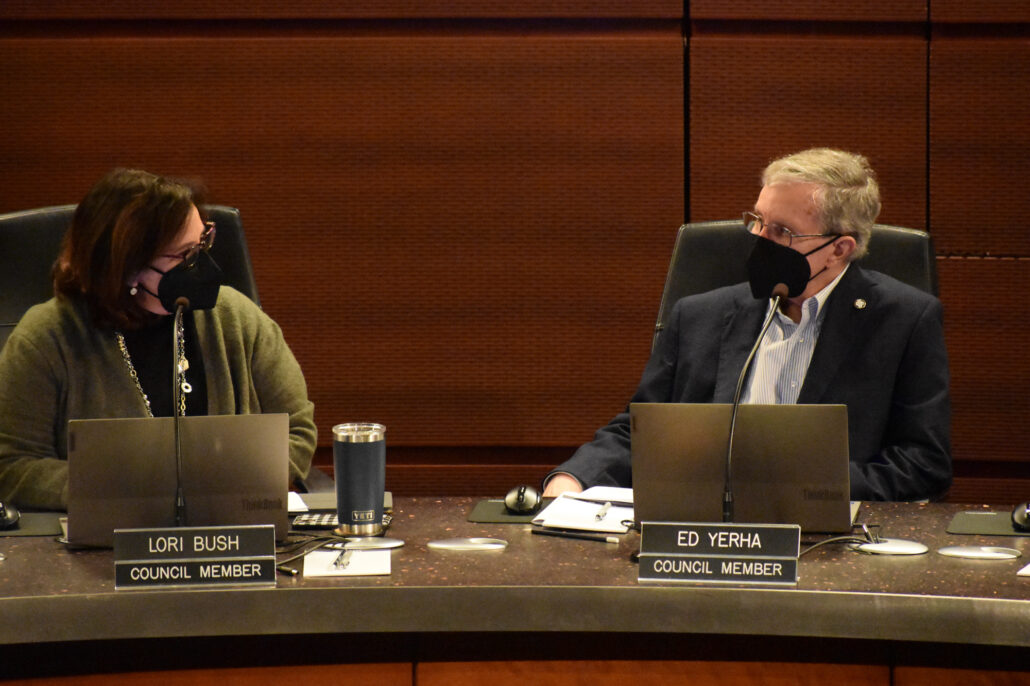 As is typical, the council approved a list of items in the consent agenda at the top of the meeting. These are items that are typically routine, don’t require further discussion, and can be all approved with a single vote.

One item that stuck out Thursday night as having a sizeable price tag was the appropriation of $20 million, the majority of which is federal funds from the American Rescue Plan Act (ARPA) of 2021. For some background, these federal dollars being funneled to Cary came up during a financial update in the Council’s September 9, 2021 work session where members had mixed takes on it.

The Rescue Plan as a whole was $1.9 trillion of the federal budget and the total grant allocation for North Carolina was $5.4 billion. Of this, Wake County received $216 million. The piece allocated specifically to Cary was originally presented as $17.32 million in the September work session but was presented at last night’s council meeting as $16,476,072.

In discussing the details in the work session, Cary’s Chief Financial Officer Karen Mills said that the ARPA Funds are more like a “marathon” in comparison to the 2020 CARES Act Funds which were more like a “sprint.” By this, she explained that the CARES monies were for current, ongoing expenditures and had a shorter timeline scope. These new ARPA funds are different in that the Town would have until December 2024 to make plans to commit the funds (such as contracting for new projects or programs) and they would have until 2026 to spend it.

“It’s backwards,” said Mayor Pro-Tem Don Frantz. “It’s like here’s a bunch of money, go figure out what to spend it on instead of figuring out what projects we want to do and then budget the money accordingly.”

“Definitely,” said Town Manager Sean Stegall. “They didn’t even ask us if we needed it.”

Mills also mentioned that the size of Cary’s allocation, in part, was determined with consideration to population size and Cary’s Housing and Urban Development budget and needs in the area.

As a preliminary idea of where to direct the funds, Mr. Stegall suggested meaningful changes such as sidewalk improvements and more open space. After a few more detailed questions from councilmembers Ya Liu, Jack Smith and Jennifer Robinson, a motion to accept the funds was made by Lori Bush with a second from Ed Yerha. The motion passed 6-1 with Frantz opposing.

“There is a tremendous amount of money coming from the federal government, so I understand Don your position for saying no. On the flip side, our great-grandchildren are going to be paying off these funds, so we might as well get our share otherwise we’re just donating the money into a pot that won’t come back to Cary,” said Robinson.

Smith voiced a similar conflicted feeling, initially resisting the idea for the same reasons. Frantz finished off the conversation by saying, “This is an absolute joke. It’s the fed’s attempt to buy off cities and spend our kids’ and grandkids’ money.”

Fast-forwarding from the September 2021 vote to last night’s meeting, the council voted unanimously to appropriate the $16.47 million in ARPA funds and add in an additional $3,523,928 of the Town of Cary’s General Fund Balance to make it an even $20 million appropriation to Priority Projects.

According to Stacey Teachey of Cary’s Finance Department, the council discussed priority areas and next steps for the first half of these funds during the November 2021 Council Staff Retreat held in Pinehurst, NC. The report that the council approved last night “recognizes and appropriates these funds, including funding for the broad priority areas of housing, sidewalks, and additional nonprofit support to be allocated through the Community Development Block Grant (CDBG) process.”

Work in these areas will continue throughout the fiscal year to further identify specific actions within these priority areas.

Moving forward, as Mills explained in September, the process is similar to creating a budget as the council will need to accept the funds and, in future votes, decide on more specific uses.

Cary’s Sidewalk Program is funded annually to promote pedestrian safety and continuity by filling in missing links in the sidewalk network. The Program is one of many funding sources that result in sidewalk improvements and the FY22 budget allocation of $1,750,000 is the focus of this staff report.

Each year, staff compiles and ranks sidewalk requests to provide a list of prioritized projects for Council review and approval. This ranking is based on the Town’s adopted Sidewalk Policy criteria and three high-ranking sidewalk projects located on NW Cary Parkway, Wrenn Drive and W. Chatham Street are recommended for funding this year.

After short discussion, the council happily voted in full support with kudos to Town staff who work behind the scenes to create more walkability across Cary.

Flood Insurance Premiums Soon to Be Discounted in Cary 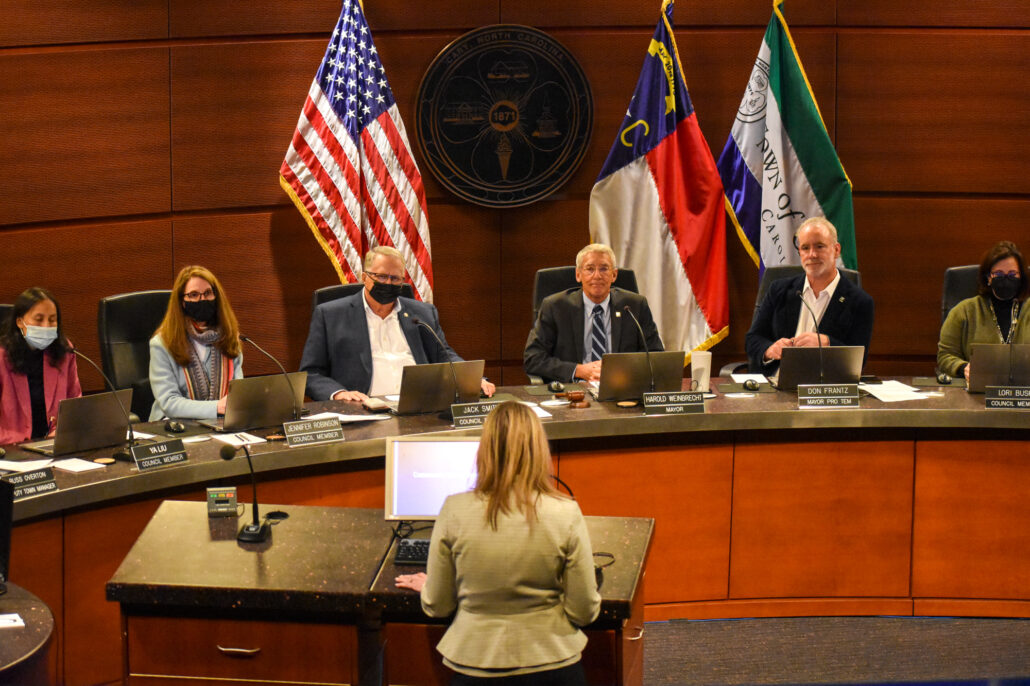 The goals of the CRS program align with Cary’s adaptive approach to stormwater, as well as policies in the Imagine Cary Community Plan. Property owners in CRS communities, as a result of joining the CRS, will receive discounts on flood insurance premiums.

Story and photos by Ashley Kairis. To see the meeting for further details, visit the Town of Cary YouTube channel.