This new venture came about after the company behind the familiar Cotton House taphouse on Academy Street acquired Jordan Lake Brewing Company.

“Unfortunate as it is that Jordan Lake Brewing had to close, we’re honored to be able to step in and keep the craft brewing scene thriving in Cary, while also advancing and diversifying the CHCB brand with this latest addition,” said Brent Webb, owner of Cotton House Craft Brewers in a press release.

The facility is located at 320 E. Durham Road in downtown Cary. The team’s plan is to start production in the facility right away while renovations are being made to the taproom area.

What’s Brewing at the New Location? 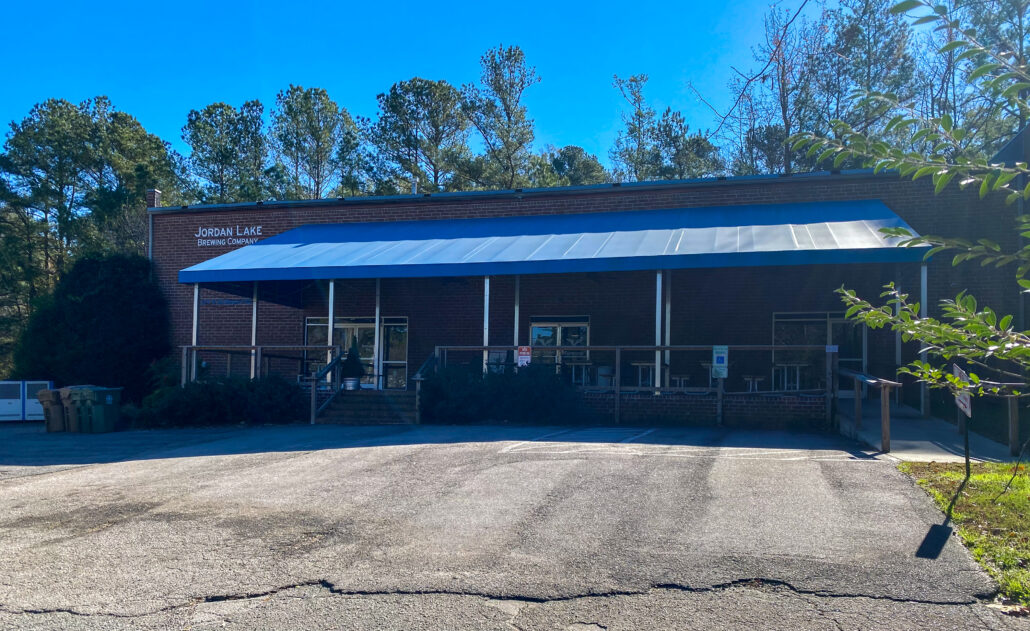 According to Cotton House staff, the taproom will feature a new, elevated and expanded menu of craft beers and unique food options. Also coming to this new location will be regular live music events to create a different experience than patrons get at the original Cotton House location. 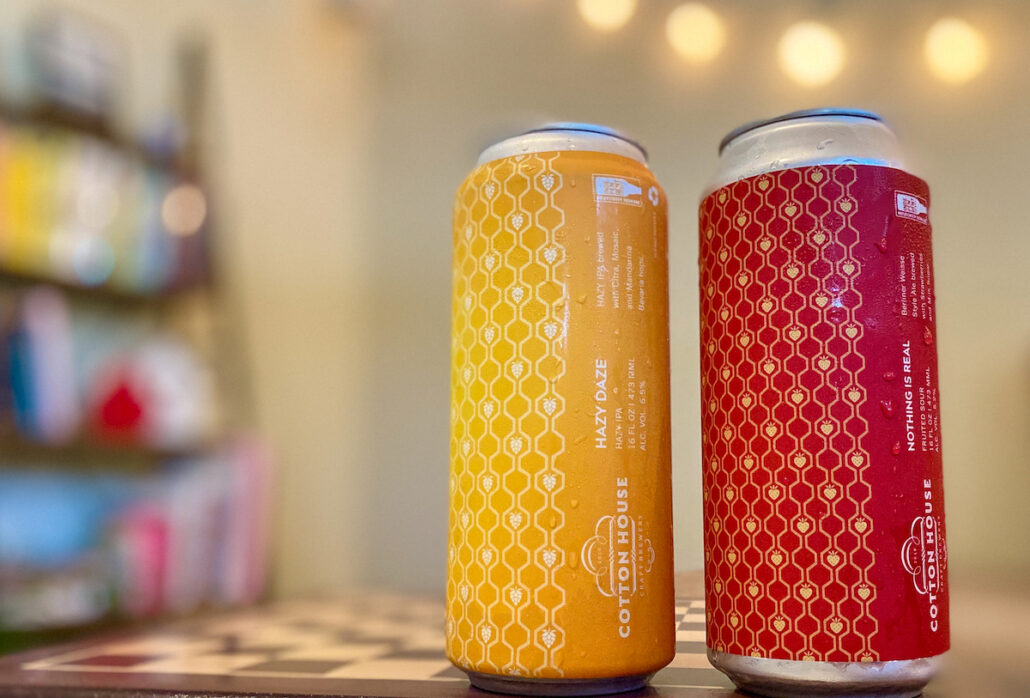 The yellow/orange can is the 6.5% ABV Hazy Daze IPA and the red can is the 5.2% ABV Nothing is Real Strawberry Sour.

Cotton House made another new venture earlier this year — canning two of their signature beers.

“Hazy Dayz,” a New England IPA, was an easy choice to be canned as it’s their bestseller and “Nothing Is Real,” a Berliner Weisse Strawberry Sour, was chosen “because it’s something we really haven’t done before, and it’s delicious,” said Webb.

Previously Cotton House was contracting out their canning operations, but with the new facility the idea is to have it done there. Webb said in a previous article that more are sure to be canned going forward.