NBA to Start Before Christmas, NHL Not Following Suit

NHL Commissioner Gary Bettman has said some time ago the league would like a January 1 start date with nearly every team playing that day. With that date fast approaching and other factors, most, of course, are all due to the virus, starting the first day of 2021 may be more of a wish than a reality.

The NBA has selected a start date just before Christmas with limited fans which is an aggressive approach as not all arenas believe they will have clearance to open by then. Bettman is talking to the NBA but by no means will follow their stance.

Both leagues have players, staff and fans health and safety as their number one concern and rely on health, science and government officials to help direct and make decisions.

With the last Collective Bargaining Agreement (CBA), an escrow account was established. Anytime you get lawyers and accountants together, expect a very complicated system that all agree on, yet all complain about.

The NHL’s CBA is about as complicated as anything. The main point was an equal sharing of Hockey Related Revenue (HRR) comprised of TV revenue, gate receipts and to a much lesser extent, other income. The escrow comes into play as every year there is a projection of what the HRR will be but to ensure the owners and NHL get their 50% share.

So, a percent of the player’s salary goes into an escrow account out of each paycheck, typically about 15% but can be substantially more. For this past season it was 14% however, with the “pause” due to COVID-19, the escrow percent was increased.

At the end of each season, an audit of the HRR is done, with the audits done by independent auditors alongside legal staffs from both sides. The audit results would show what, if any, portion of the escrow would be returned to the players.

From what I can look up, for the best year, the players had all but .5% returned with some years upwards of the “net” that players received was about “only” 85% of their full salaries. For 2021, players are being paid 72% of their salaries with an additional 20% going towards escrow. 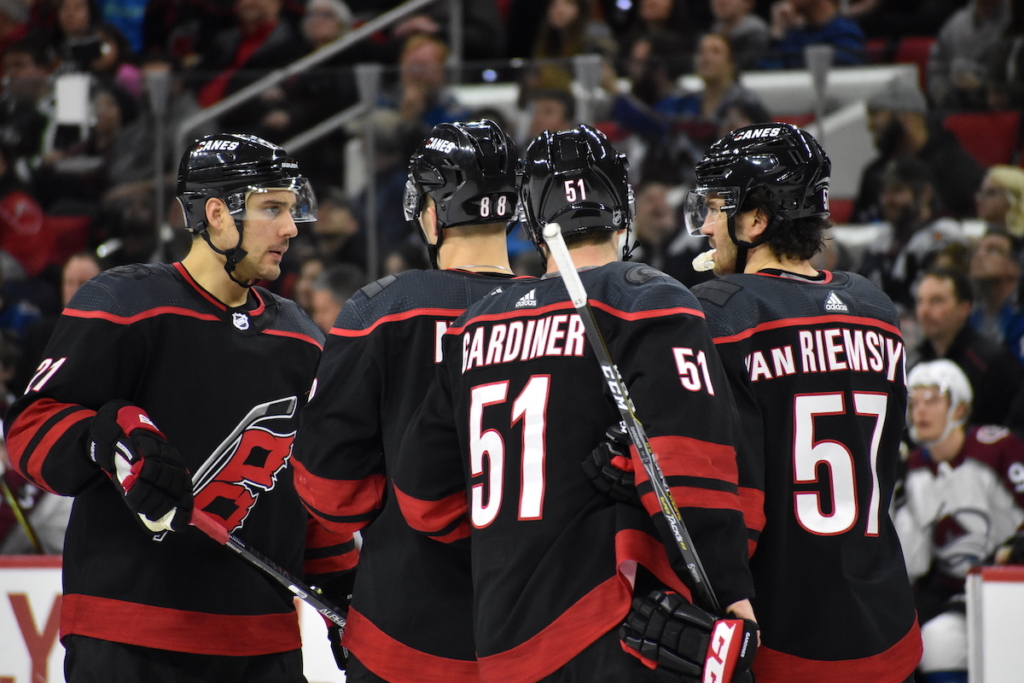 While the NHL relies on gate receipts more than any other of the top 4 pro sports leagues, both owners and players would very much like a full 82-game schedule. The players are really pushing for it for obvious reasons, but even with a January 1, 2021 start date, a full season with playoffs would last through August.

All of that is on paper, as venue availability is an issue, with the hopes any vaccine helps create a new normal, let alone putting the following season in another bind.

It’s been rumored that at the last NHL executive meeting with owners, several of the owners said unless certain changes with respect to finances were changed, they may not be able to pay player salaries.

Yikes! Again, that’s a rumor but it’s not hard to believe it. TV revenue doesn’t come close to covering anything close to what it does for even basketball which has just 15 roster players and some really ridiculous salaries.

Canes Are Back In Town

Addressing the Canes, many of the Canes started arriving back in town this week. All will self-quarantine then most likely get tested before given the clearance to start skating at the new practice facility in Morrisville.

A professional athlete does not have days off. They constantly work out and all, including prospects, get instructions from the Canes strength and conditioning coach, Bill Burniston. Having Rod Brind’Amour as head coach, with his penchant and reputation as a fitness buff, may have a little intimidating and fear factor for showing up in shape.

With the start date still undefined, off season rules are still in effect: no team officials may attend, lead or influence a practice.

What is sometimes called “captain’s practice” will occur, which emphasizes team bonding, having a good time, seeing who can brag the best, seeing who can say playing another position is easier, then making a fool of themselves trying that position. But, it’s mostly to get semi competitive skating in and get the feel for the stick on the puck.

Some, like Andrei Svechnikov, reportedly shoot hundreds of pucks 365 days a year, whether on the ice or in the backyard.

Waddell’s Attention — Salaries and the Roster 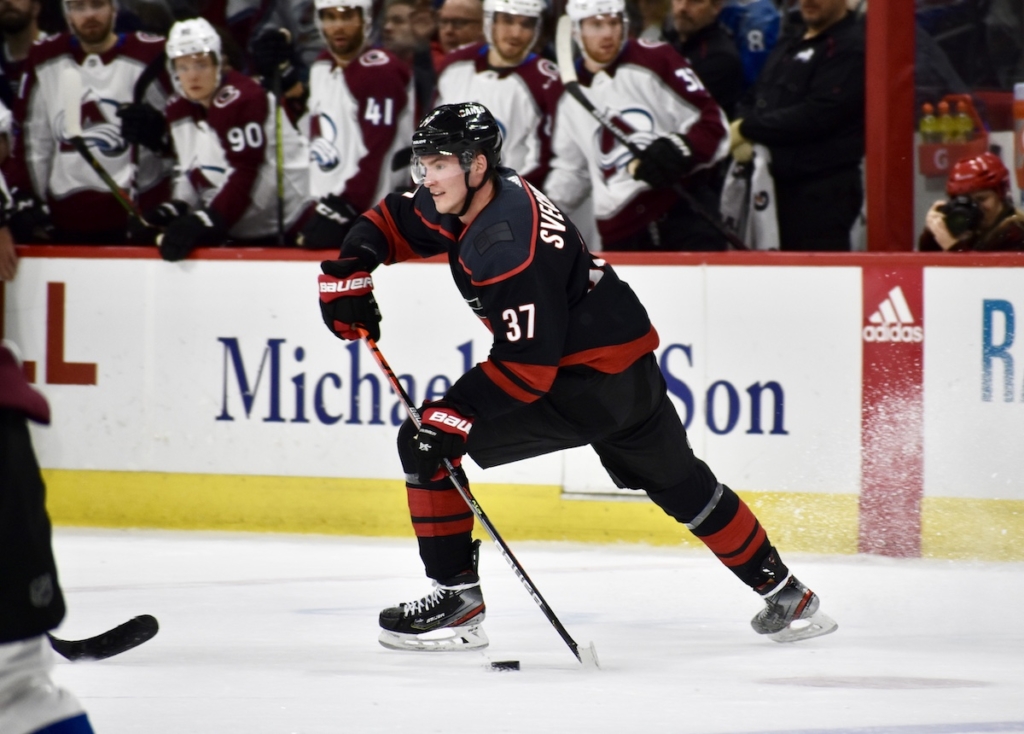 Andrei Svechnikov, the 20-year-old Canes right-wing, winds up for a shot against the Colorado Avalanche.

The salary cap is creating a whole new set of issues for teams, including the Canes. The Canes had a few players willing to go through arbitration but fortunately all signed before that process which is ugly at best.

Sami Vatanen, one of the prominent defensemen available, is still a RFA and could sign with the Canes but would have to be at a huge “discount”.

The Canes are working hard on extending Dougie Hamilton’s and Svech’s contracts as both expire at the end of the 2021 season. Doing so now would be to everyone’s advantage — but it all boils down to money.

Both players really like it here and both players are great friends off the ice. GM Don Waddell will make every attempt to do his magic to sign both players. There are still rumors that Waddell is looking to still get a top forward but would only be able to do so through a trade with a high priced roster player.

Then there are those rumors of improving the goalie position. It’s not that Petr Mrazek or James Reimer had bad seasons, on the contrary, as a tandem they were great. But, Waddell has the perfect GM answer whenever asked about goalies or any other position: if an opportunity exists to improve the team, he will.

The key words are opportunity and improve. He does not believe adding players just for the sake of a change is best for the team. Smart management.

Teams like the Stanley Cup champions, the Tampa Bay Lightning, are in a world of hurt. They are at the salary cap, have 4 RFAs to sign, with at least 2 expected to get hefty raises. The only way they can keep them is by trading an established player. Several names are being thrown out and GM Julien BriseBois is in a tough position. Should be an interesting time over the next few weeks as teams try to finalize their rosters.

As soon as the league makes further announcements regarding start dates, number of games, game locations, escrow limits and any other news, CaryCitizen will keep you updated. Stay safe and Go Canes!

Money Matters: Brush Up on Your IRA Facts

Craft Brewing Just Got Bigger in Cary
Scroll to top