Cary, NC — What started as an exciting and hopeful “Downtown Cary Renaissance” building ended up sold in bankruptcy court on April 22, 2020.

The Mayton Inn, after a September 2018 filing for Chapter 11 bankruptcy, went up for sale in March 2019 and was officially bought just days ago for $8.1 million.

The entity making the purchase of the boutique inn on Academy Street is known as Academy Park Hospitality, LLC. If the name sounds familiar, it’s because the company is operated and owned under the same agent and address as the two developer companies bringing the mixed-use Academy Park Project to wrap the Cary Regional Library parking deck.

The two Academy Park Project developers, named Academy Park Cary, LLC and Academy Park Commercial, LLC are contributing a $68 million private investment in the mixed-use development to be combined with the Town’s contribution of $1,310,000.

Now, Academy Park Hospitality, LLC has invested $8.1 million to obtain the Mayton Inn property, less than a quarter-mile away from the Academy Park Project.

What’s Next for the Property?

As the Cary Town Council acknowledged in their December 13, 2018 meeting, bankruptcy cases are unlike general litigation. They follow different rules and processes and “can move very quickly.”

In the 34-page official order authorizing the sale dated April 22, 2020, Academy Park Hospitality gets the property “free and clear,” meaning, they are given, “all right, title, and interest to the property, free of all liens, claims, encumbrances or other interests of any kind or nature whatsoever.”

Bill Zahn, the registered agent for Academy Park Hospitality said the following in early March in a report from Triangle Business Journal.

“We are spending a lot of money in downtown Cary.”

“We’ll definitely keep it a hotel, for sure.”

“Downtown Cary is about to drastically change.”

While there has been mention of previous owners, Colin and Deanna Crossman staying on in management roles, Zahn said in the same report that it is too early to talk specifics.

The sale of the Mayton Inn property, according to the court file, includes all furnishings, food and beverage inventory, service and maintenance contracts, logos and trademarks and various other items, right down to the cleaning supplies and stationary.

The Purchase and Sale Agreement was signed into effect on January 2, 2020 by Colin Crossman Bill Zahn. As part of the agreement, a $100,000 deposit (to be held in escrow) from Academy Park Hospitality was required within 3 business days.

Additionally, the only section in the 34-page document to be emphasized in all-caps was on the topic of disclaimers and waivers. In part, the section says that the seller “specifically negates and disclaims” any promises, covenants or agreements in regards to 9 specific items. This includes the negation of agreements on the property’s usage and the compliance with any governmental authority (i.e. any prior covenants agreed upon with the Town of Cary.)

The agreement also states that the document supersedes all previous contracts, agreements and understanding of the parties.

The sale consisted of three parcels of land, at a total of 1.04 acres. 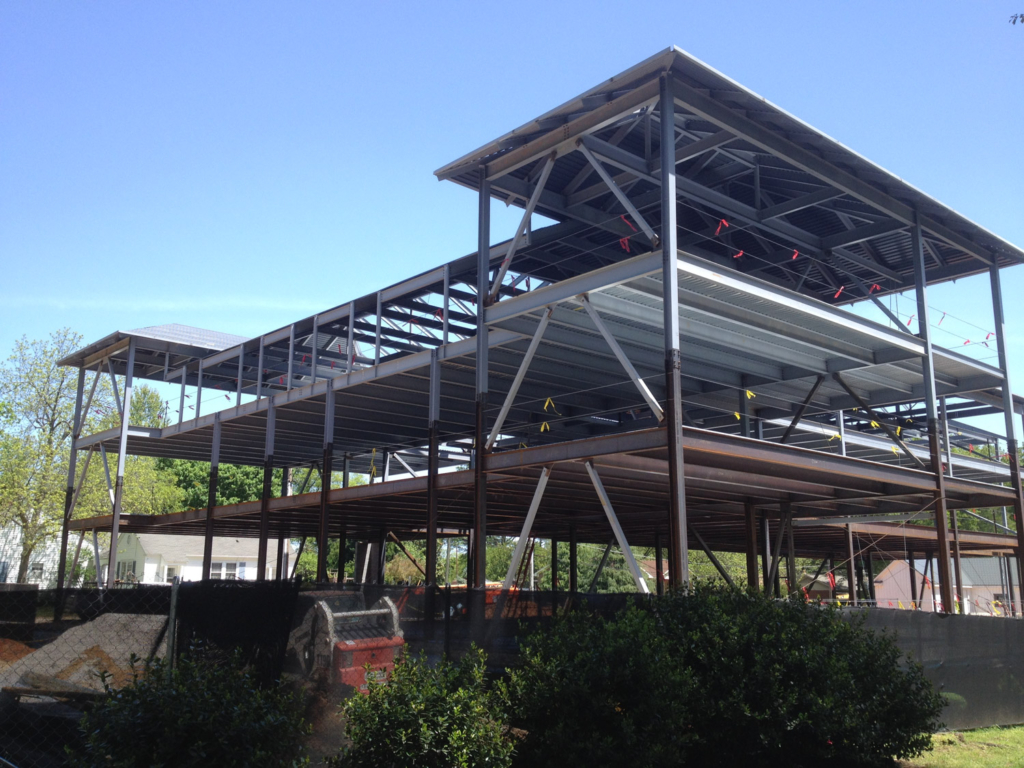 The Mayton Inn during its construction phase.

For those unfamiliar with the last near-decade of Mayton Inn happenings, here’s a recap.

Memento Mori, the parent company for the Mayton Inn was approached by prior Town Manager Ed Gawf with the idea of bringing their business to Cary. The principals of the company, Colin and Deanna Crossman owned the King’s Daughters Inn in Durham at the time. On October 26, 2012, the Town of Cary entered into a Purchase and Development Agreement with Momento Mori with the intention to “spark downtown development and create jobs.”

The Mayton Inn officially opened its doors in 2015.

In early July 2018, just months before their bankruptcy filing for the Mayton Inn, the Crossmans were reported to have purchased another property for $4.8 million. This time, a resort located 40 miles from the Las Vegas strip. This purchase was made under their Crossman’s other hospitality firm, Rhea Hospitality.

On September 20, 2018, Memento Mori filed their bankruptcy case and the Town, being a secured creditor in the project, hired local bankruptcy attorney Charles Livermon.

According to Livermon, the Chapter 11 plan laid out how Memento Mori will repay the CDBG loan but “the plan does not propose to make any payments on the purchase money loan for the land,” which amounted to $951,000, loaned by the Town of Cary directly.

Paying Off the Town’s Loans

In the very beginning, the Mayton Inn financing was comprised of a $12 million private investment from the Crossman’s hospitality company, Memento Mori, and two loans from the Town totaling $2.6 million.

At the time of filing their bankruptcy case, Memento Mori had indicated to the Town its intention to liquidate some of its assets (primarily, the King’s Daughters Inn), reorganize its debts, and continue operating the Mayton Inn.

Now knowing that it has been sold, the question remains if Cary taxpayers or the Crossmans are on the hook for the loan payments.

$1.4 million of the loans came from the Department of Housing and Urban Development’s Community Development Block Grant Program. The Town of Cary committed to repaying the guaranteed loan over a 20-year term.

Regarding Memento Mori’s Chapter 11 Plan, Livermon said it “proposes to pay to the Town the regular monthly payments on the CDBG loan during the months of May- Oct 2019 and April- Oct 2020 or until a sale is completed, whichever occurs first.

However, Livermon also assured that if the Mayton Inn sold before October 2020, then “the Town’s loans would be repaid from the sale proceeds of the Mayton Inn.”

Story by Ashley Kairis. Photos by Hal Goodtree. Read more about The Mayton Inn in the archives.

Bakery in Cary Featured in Film Festival
Scroll to top