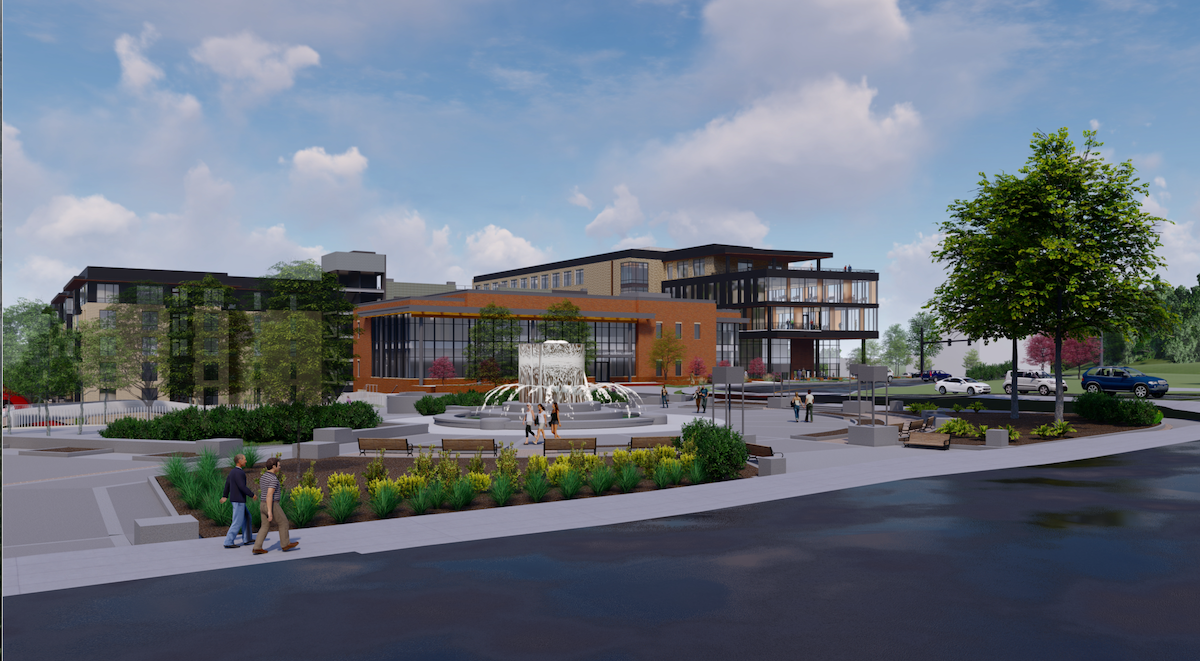 Cary, NC — Despite the weather’s best attempts to cancel a second Town Council Meeting this month, the group forged ahead with the two combined agendas of the Feb. 9 and 20 meetings Thursday night.

Of all topics discussed, the most prevalent was the unanimously approved Academy Park Project agreement to sell two town-owned property lots adjacent to Wake County’s Regional Library, the new parking deck and the Downtown Park to private developers.

The two lots were purchased at a total appraised value of $870,000. The commercial building will offer 95,000-110,000 square feet of office and retail space while the multi-family residential will have 153 multi-family apartment units with a ground floor of retail shops.

The developers, Academy Park Cary, LLC and Academy Park Commercial, LLC will construct two facilities that will wrap and connect to the parking deck in downtown Cary. One property is slated to become mixed-use, multi-family residential and the other will be office space and commercial retail.

These two developer companies are comprised of three Cary families who are collectively making a $68 million private investment in constructing these projects. That said, part of the approved deal is the town’s allocation of $810,000 from the general fund balance to satisfy Cary’s development fee commitment and an additional $500,000 to construct public paths, sidewalks and other streetscape amenities. 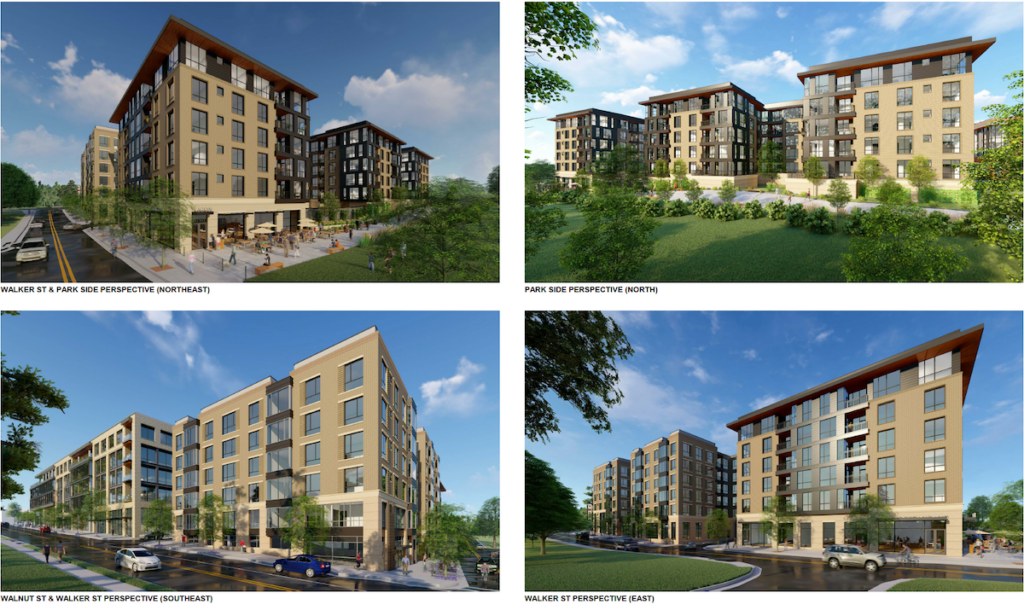 Renderings of the project from the approved resolution.

The Presentation From the Town

Introducing the project, Town Manager, Sean Stegall said, “For the first major redevelopment project involving town-owned land, it was critical that we partner with people who have Cary in their blood; people who are committed to Cary as much as the town is. I can say without hesitation that we made the right choice.”

Ted Boyd, Director of Economic Development for the Town of Cary, provided an overview of the extensive history that led to this project.

“While this specific plan is not quite a year old, it represents almost 20 years of vision, studies, projects, updated plans and decisions,” said Boyd of the Downtown Park Master Plan.

Citing the 2040 Cary Community Plan known as “Imagine Cary,” Boyd said that the area adjacent to the library facing Walnut and Walker Street is identified as “appropriate for multi-story office, multi-family residential and mixed-use buildings served by a central parking structure.”

As part of the presentation, developers have committed to paying for the reservation of 250 parking deck spaces at a rate of $225,000 annually.

The timeline of the project predicts a closing on the property this spring and construction starting this summer. 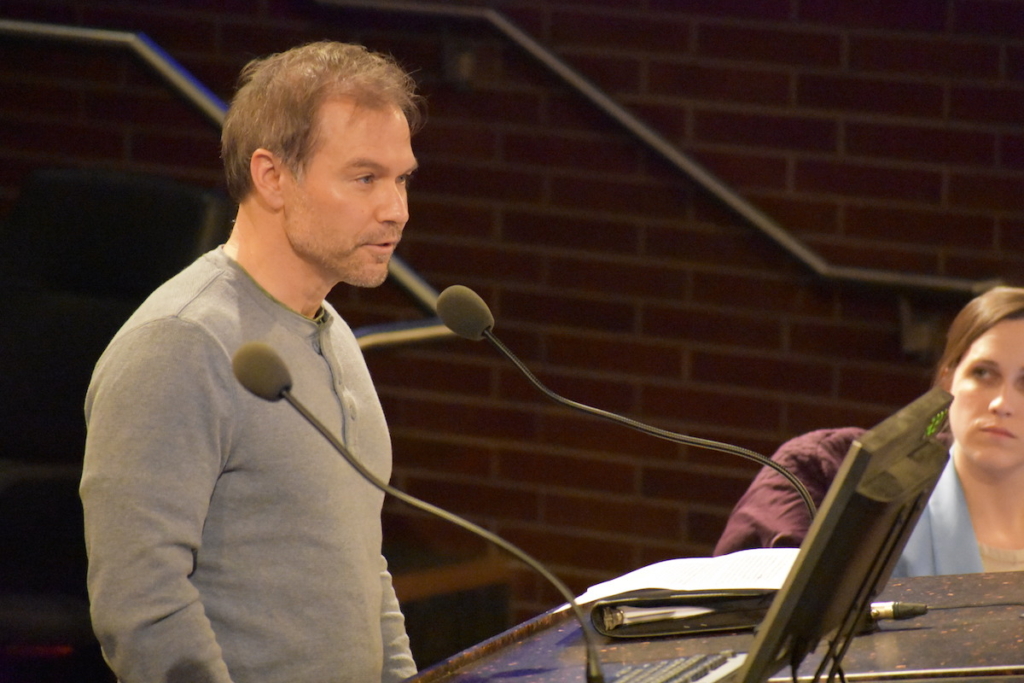 The first of three speakers on the Academy Park Project, Nick Borisow.

Three speakers came to the microphone to voice their opinions on the project. One wanted more to be studied and considered before the sale of the land, one made a statement on behalf of the developer team and another expressed environmental concerns.

The first speaker, Nick Borisow, mentioned the latest plan made available to the public showed less than 25% tree canopy cover.

“Currently, without the development, the area is all grass and trees, so there would be almost 100% transition to concrete. Shouldn’t the expectation of the sale of public land incorporate guidelines in line with the values of the town and the Environmental Advisory Board?” said Borisow. He went on to that while a traffic generation analysis was done, he’d like to see more.

“From what I could find, no formal traffic impact study on the development as a whole with offices, retail, apartments and library appear to be available,” said Borisow. Additionally, he said he’d like to see an evaluation of delivery vehicles, moving vehicles and tractor-trailers that will access the public parking area included in the town’s study.

The second speaker, Rick Stephenson, is one of the project’s principal developers.

“Our group’s vision is to complement and enhance Cary’s efforts over the last several years to make downtown Cary a vibrant area in which to live, work and play,” said Stephenson. “We think that this project is a big part of bringing downtown Cary back to its former prominence as an active living and working hub for its citizens and visitors to Cary.”

MaryAnn Borisow was the last to speak and spoke on her environmental concerns. Living in the downtown area, Borisow frequently walks and bikes the areas surrounding this new development. Her main concern was the high temperatures already experienced in the summer months.

“I’m really hoping that incorporating more of the canopy and the green infrastructure that’s recommended would be under consideration for this project, including walking down Walnut and Walker,” said Borisow. 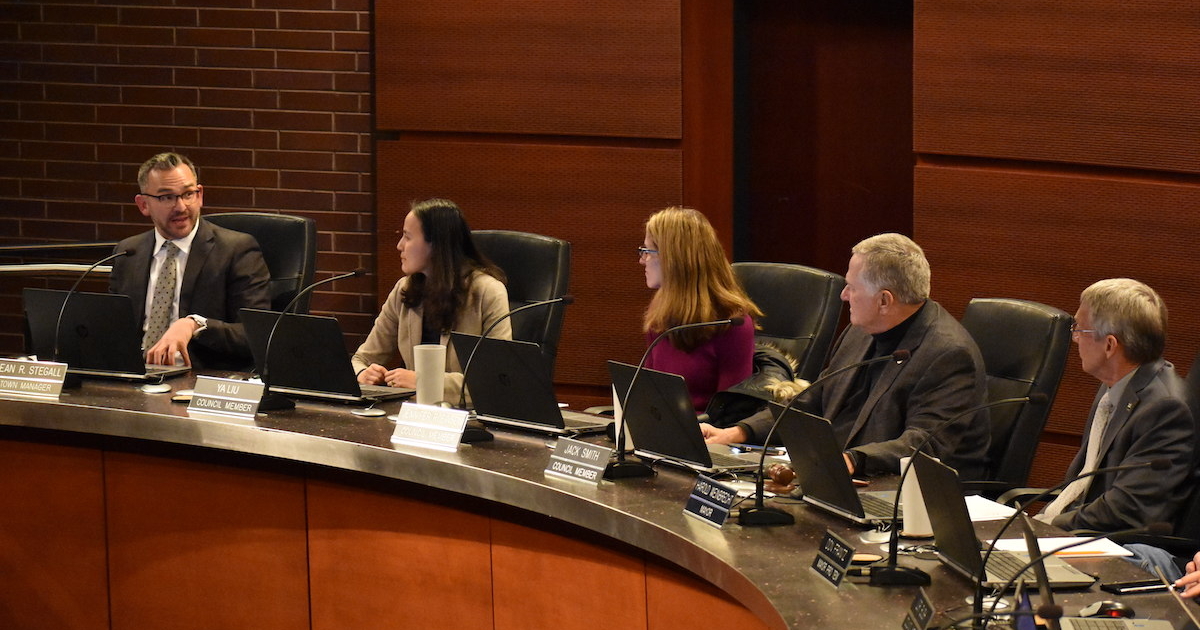 Councilwoman Lori Bush asked a few questions regarding parking including the length of the contract agreement to reserve 250 spaces and if there is a need for additional studies.

“Parking has been of great interest since we increased the parking when we built this parking deck specifically hoping something like this would come to fruition,” said Bush.

Boyd said the contract for parking spaces is a 30-year agreement. Jerry Jensen, Cary’s Director of Transportation & Facilities also responded to Bush saying, “When a small portion of the property was rezoned, it didn’t qualify in our LDO standards for a traffic study, so one wasn’t done. But I will tell you we’ve been thinking a lot about traffic in this area.”

Town Manager Stegall chimed in to say that the town has parking and developing more decks as a top priority in response to the downtown area’s rise in interest in recent years.

“We think that we have the expertise in-house to make some recommendations about making the network work even better so that traffic will flow better and there will be many more places to park,” said Stegall.

Mayor Pro-Tem, Bon Frantz, added that the town has been making investments in multi-modal transit to promote walkability too.

“This is exciting, I mean, this is incredibly exciting,” said Frantz, who referenced back to 2009 when at one of their retreats, the council first planned the project out talking about a library with a parking deck and wrapping it with mixed-use development.

“At the time we were talking a 350 some-odd space deck and obviously as times have changed and economics and such, we have gotten a little taller and a little bigger, but the overall vision remains the same.”

Frantz also directly replied to the concerns of the tree canopy in the downtown park. “While we will need to remove a few trees to construct this, we’re actually going to be planting over 400 trees.”

Frantz also added to the parking conversation, saying, “The parking deck was always planned to be shared with private development and commercial development.”

Following further discussion, Bush made a motion to accept the staff’s recommendation to adopt the resolution and appropriate the fund. The council followed suit, unanimously approving the sale of the properties.

Early in the meeting, following an update from Town Manager Sean Stegall, one speaker came to the board speaking to an environmental idea.

The speaker, George McDowell, suggested the council rebrand the town campus and incorporate the word “Arboretum” in that rebranding. He said that 95% of the work necessary to allow the campus to be legitimately deemed an arboretum is already complete.

“For this relatively minuscule investment, you will increase and enhance the beauty of both the campus and the town in general,” said McDowell.

Following the approval of the consent agenda, the town council heard three other public hearings outside of the Academy Park Project, of which, just one was acted on.

To hear the full discussions on these items, see the Town of Cary’s broadcast.

With no further discussion items and no closed session, the meeting adjourned at 7:52 PM.

Story and photos by Ashley Kairis. Rendering images courtesy of Town of Cary.

Canes Suffer a 4-Game Season Series Sweep by the Rangers 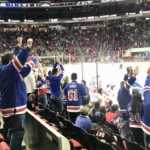 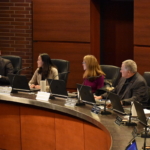