Cary, NC — This was a typical week that included a regularly scheduled council meeting.

Monday afternoon I joined Mayor Pro-Tem Frantz to tour Cary’s 311 center. 311 is Cary’s new way to easily make a non-emergency request for service or have a general question answered. It’s your direct connection into Town Hall to get what you need from any department, whether it’s reporting a missed curbside collection, asking a question about your utility bill, getting information about nearby rezoning, and much more.

At the visit we got to watch the 311 people in action. I heard one employee walk a lady through scenarios to determine where she might have a water leak. The leak was confirmed with the Aquastar (everyone has access to their personal water data). These employees must have knowledge about everything that is going on at town hall and be able to get people the service they need as soon as possible. 311 is a very important asset to our community, and I believe it will improve citizens’ quality of life. Thanks to all our 311 employees.

Later Monday I, along with Mayor Pro-Tem Frantz, met with the town manager for my weekly one-on-one. Topics include future downtown parking, future development, and council interactions.

Monday night I facilitated a meeting of the Wake County Mayors Association. In attendance were mayors from Cary, Fuquay-Varina, Garner, Holly Springs, Rolesville, and Zebulon. We all provided updates and talked about whether we thought our tax rates would be revenue neutral with the current reevaluation. Our meeting concluded after about two hours.

Wednesday – “You Can’t Pave Your Way Out of Congestion”

Wednesday I attended a meeting of the Capital Area Metropolitan Planning Organization’s Executive Board. The meeting agenda had four consent items, two public hearings that had no speakers, and five discussion items. The discussion item for the commuter corridor study pointed out that if all the road plans were built then there would still be a huge degradation in levels of service by 2045. An example of how bad it would be suggested that using a road solution only would require 10 lanes each way on I40. It reinforces the fact that you can’t pave your way out of congestion, and it takes a multi-modal approach. 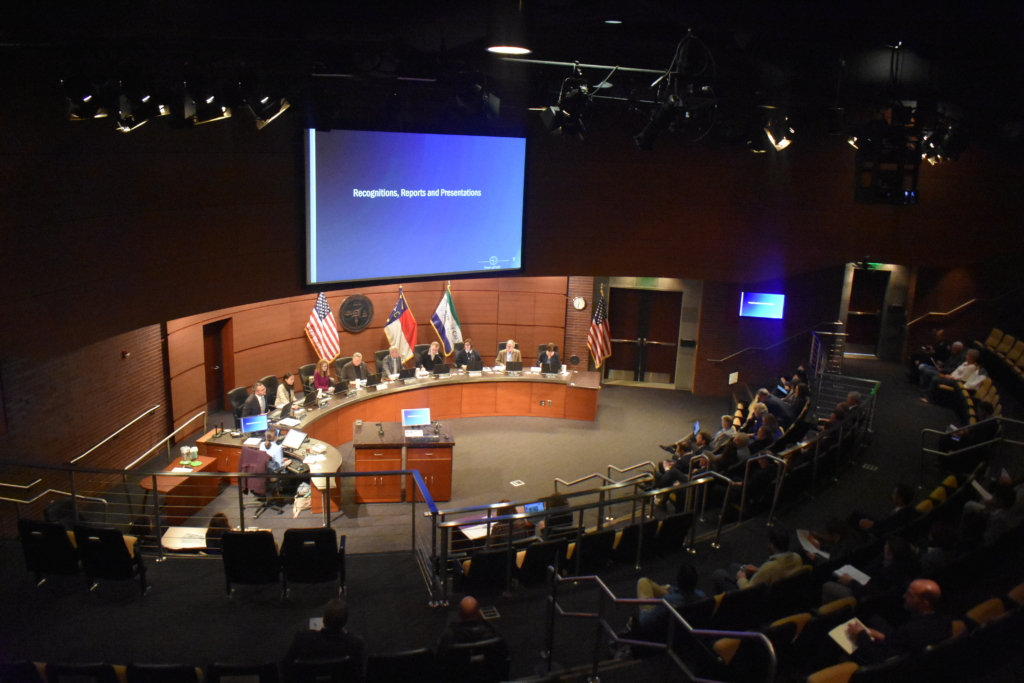 Thursday evening the council held a work session on a downtown multi-modal transportation hub which is a key component of downtown’s revitalization. Criteria for selecting the site included:

Six sites were identified by the selection group that included consultants, both rail line representatives, Amtrak, and town staff. The recommended site was bordered by Harrison Avenue, West Street, the NCRR rail line, and the CSX rail line. Council approved the recommended site unanimously. There will be a public meeting on this topic within the next few months, property owner discussions will be in the summer, with design initiation in the fall. When built, this site will not only be the transportation hub for Cary but will also be built with a mix of uses.

Thursday night the council held its last regularly scheduled meeting of the month. The agenda included seven consent items, four public hearings, and no discussion items. The council unanimously approved the Colonial Baptist Annexation request after the public hearing which had no speakers. The council also approved the Downtown Development Project Agreement for Academy Park that will wrap the parking deck at the downtown park. At the public hearing, two speakers expressed concerns about the loss of tree canopy. Staff and council pointed out that over 400 new trees will be planted in the park increasing the tree canopy by over 200%.

The public hearing for apartments at the corner of Cary Parkway and Evans drew comments from all of council. While I thought the proposal was good, I am not yet convinced that there is a compelling reason to add more apartments in this area which would basically create a wall of apartments from Park West to Norwell. I questioned if that is really the intent of the Cary Community Plan. Our meeting concluded after about an hour and fifteen minutes.

I joined council member Yerha at the 25th Cary African American Celebration. For the past 25 years, the Ujima Group, Inc. under the leadership of President Lester Thomas and his wife Karyn Thomas have partnered with the Town of Cary to produce this annual event to showcase the artistic excellence and achievements of the African American community.

This event was created to be a celebration of diversity that builds a stronger community of understanding for all our citizens. After I gave brief remarks council member Yerha read a proclamation to mark this milestone event. We are blessed to have so many events in our community that celebrate diversity. 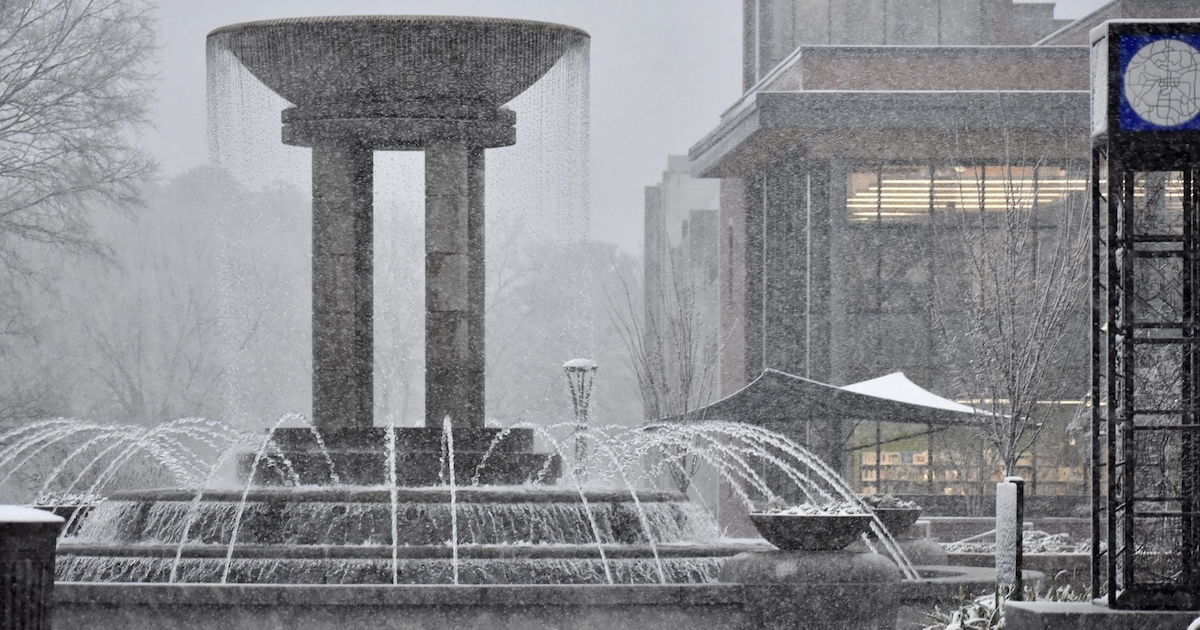 As the first snow of 2020 melts away. I want to thank staff for their efforts yesterday and this morning for making all the necessary work that kept the Town running. We were able to hold the Council meeting without interruption which enabled several important and timely decisions. Speaking for all citizens, I’m especially thankful for the staff who worked through the night to keep us safe, the streets cleared and the utilities running.

To celebrate Black History Month, Cary and the Friends of Page-Walker partnered to create and implement a special African American History trolley tour of Cary. Three tours were offered on Sunday, February 16. As with other trolley tours, they sold out quickly. Jimmy Gibbs and Darrell Stover were the tour guides. Plans are underway to make these tours a regular part of the schedule.

CSX to Close Crossings for Maintenance

Beginning March 10, weather permitting, CSX Transportation will begin crossing closures in western Cary for track maintenance along their right of way near Davis Drive, Carpenter Upchurch Road and NC 55. The work by CSX is part of a larger railroad tie replacement project beginning in Apex on March 2 through Cary into Durham. The following crossings will be temporarily closed to traffic for up to seven days to facilitate railroad work and perform railroad crossing replacement:

Detours will be signed by the railroad. Staff will work with Wake County Public Schools and NCDOT in coordinating the final detour routes. Work is expected to continue through end of March.

A Ride to the Polls

GoCary will once again offer free rides on election day! GoCary fixed routes are free all day on Tuesday, March 3. Door to Door Tier 1 and Tier 2 customers can get a free ride to and from their polling place that day as well.

Each year, the Town of Cary implements a temporary change in the drinking water treatment disinfection process.

The Cary/Apex Water Treatment Facility, which provides drinking water to Cary, Apex, Morrisville, Raleigh-Durham International Airport and the Wake County portion of Research Triangle Park, normally uses chloramines, a combination of chlorine and ammonia, for the disinfection process. The State of North Carolina encourages all water systems that add ammonia to cleanse their system annually by switching to chlorine-only and flushing the system by opening fire hydrants.

From Sunday, March 1, through Tuesday, March 31, the Town will use only chlorine for water system disinfection. Citizens who use water for kidney dialysis machines, fish aquariums or other chlorine-sensitive uses should be aware water may contain chlorine, chloramines or a mixture of the two throughout the month of March. Staff use multiple communication tactics such as web pages, letters to sensitive water customers, a news release, the February BUD newsletter, and social media to notify citizens of the temporary change.

The Mobi Awards recognize projects that showcase the important role of investments in pedestrian, bike, transit, rail and road projects in creating vibrant communities. We take pride in celebrating our projects with our residents, the region and NCDOT. Project winners will be announced in April 2020.

Construction of the artificial turf construction of Fields 5 and 8 at WakeMed Soccer Park, funded in part through the Wake County Hospitality Tax, kicked off this week and is expected to take approximately 15 weeks. Converting Fields 5 and 8 to synthetic turf requires grading, installation of synthetic turf, drainage and stone base, retaining walls and fencing/netting.

After sharing the breadth, success and challenges of our program, we were encouraged to hear them describe a variety of topics that could connect us to mutually beneficial projects depending on the outcome we want to achieve. As we refine our goals—whether they be analytics, social or behavioral change, operational modifications, program enhancements, or regional efforts for example, they will help pair us with a partner who has the resources so that together we can address these complex issues. Leah’s group suggested that we pair priorities of our challenges down to the top one or two items before we meet again to continue the discussion of partnership opportunities. 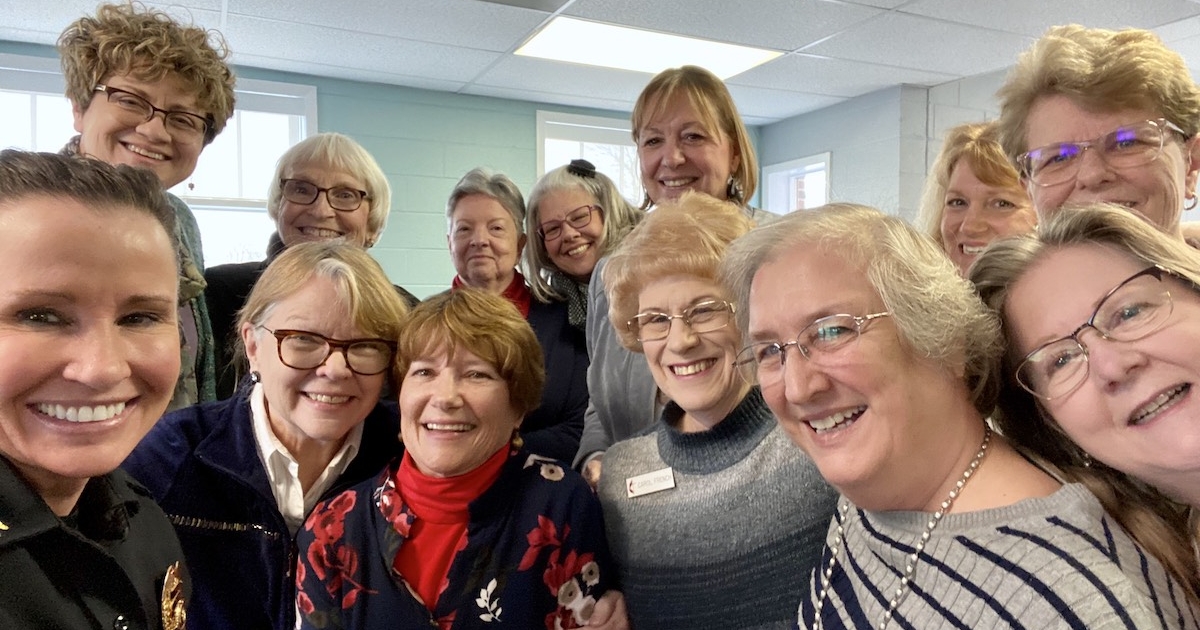 Cary will conduct its 44th Citizen Police Academy March 18 to May 20, 2020, with classes meeting each Wednesday from 6 to 9 p.m. The free, 10-week program covers topics such as criminal and constitutional law, patrol, criminal investigations, youth services, DWI detection, domestic violence and a trip to the firing range. A segment on UNC-TV’s NC Now highlighted the program. This class is a prerequisite for joining the Citizens Assisting Police (CAP) Team. Participants must be at least 18 years old. The application deadline is March 16, 2020. Enrollment is limited. Pick up an application at the Cary Police Department or email Wyatt Crabtree or call (919) 380-4218 for more information.

Juliet Andes, Facilities Planning Manager, was re-elected to a second term as Chair of CAMPO’s Technical Coordinating Committee (TCC). The TCC is comprised of staff from 30 local jurisdictions and transportation agencies who provide general review, guidance and coordination of comprehensive transportation planning in the Capital Urban Area. The TCC regularly makes technical recommendations to the CAMPO Executive Board, the decision-making body of the MPO.

Did you know that you’ve been drinking coffee prepared by an award-winning barista? Cary Theater staff is excited to celebrate with BREW Coffee Bar as their Cary manager, Tyler Montegue, has competed a path all the way to the National Barista Championship Finals in Orange County, California, where he’ll be competing this weekend. Good luck, Tyler!

Planning and Zoning Board

“Please know that what has been reported by the media has largely been inaccurate or left out a lot of relevant information.

The arena could host regional and national tournaments to include but not limited to basketball, wrestling, volleyball, dance/cheer, E-sports, gymnastics, pickleball, martial arts, concerts and fencing to name a few. The economic impact in year one is projected to be around $9.8 million growing to $17.7 million by year 5. Public access would be similar to that of Cary’s other community centers/facilities except that there would be a whole lot more for folks to access.”
A more complete explanation can be found in the CaryCitizen story.

Next week’s activities include staff meetings, and an advisory board social.

Well, that is all for this week. My next post will be on Sunday, March 1st.  Although I have Facebook and Twitter accounts those are not the best means of communications with me. Please send all Town of Cary questions or comments to Harold.Wein[email protected] and email personal comments to [email protected].

From the blog of Cary Mayor Harold Weinbrecht. Council meeting and snow photos by Ashley Kairis, all other photos courtesy of the Town of Cary staff and Mayor Weinbrecht.