Cary, NC — Hal Goodtree, who many may know as our CaryCitizen publisher, is also an internationally celebrated producer, best known for his work in commercials for organizations such as the NFL, the New York Times and more. This Thursday marks another highlight of his career as his second long-form documentary, “Shaw Rising,” premiers on UNC-TV.

The project is centered around Shaw University, the oldest of all Historically Black Colleges and Universities in the South. “Shaw Rising,” a largely untold story, was first brought to Goodtree as an idea from Raleigh’s AJ Fletcher Foundation.

The film is a culmination of more than 5 years of work to complete the necessary research, filming, editing and finding the funds and distributor to get it off the ground.

“It’s an amazing story and an amazing piece of American history that most people don’t know,” said Goodtree.

Shaw University, well-known or not, was at the center of American historical events twice. The first was during reconstruction when Shaw made the bold move to educate black doctors, lawyers and pharmacists when other HBCUs were preparing their students to be teachers or preachers.

“Shaw was really the birthplace of the black middle-class,” said Goodtree.

Shaw made history yet again during the civil rights era with the creation of SNCC, the Student Non-Violent Coordinating Committee, in March of 1960.

SNCC went on to help organize the March on Washington with Dr. Martin Luther King Jr. as well as lunch counter sit-ins and voter registration. SNCC was a way for students to take their shot at making a difference in the fight for civil rights, a separate endeavor from the preexisting adult-led groups of the time.

A key founding member of SNCC was Ella Baker. “She may be the most significant civil rights leader you’ve never heard of because of course, it was a man’s show back in 1960,” said Goodtree. Her story and personal accounts from the first president of the group, David C. Forbes, are just part of the 58-minute film. 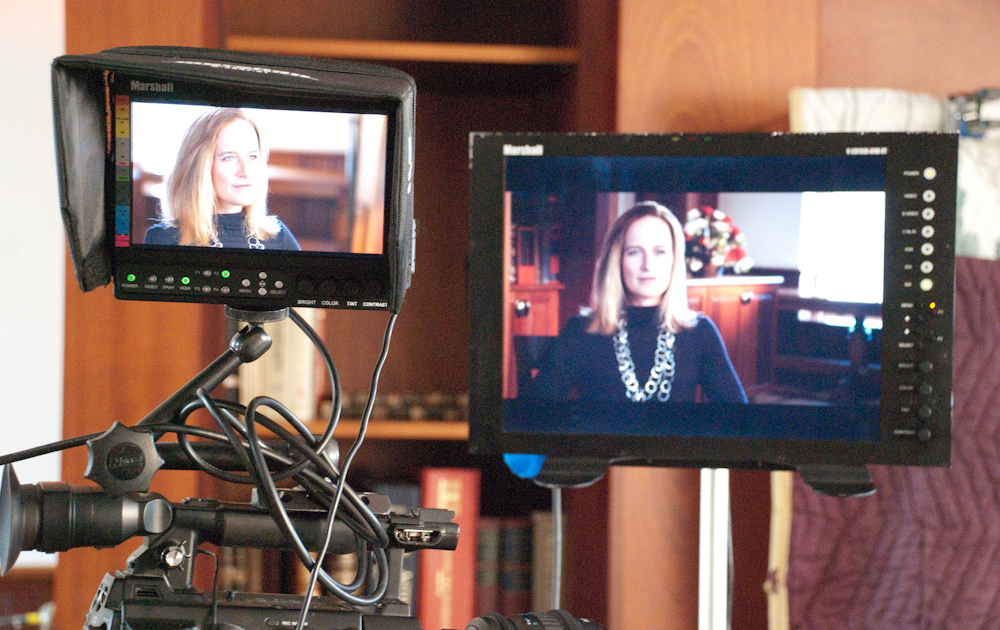 While Goodtree’s career was founded on the pace and production of 30-second commercials, he has found his rhythm in adjusting that pace to longer movies in recent years.

“The Shaw project is really an extension of other work I’ve done in documentaries,” said Goodtree.

His technique of choice is called objective documentary where he doesn’t express a personal point of view, but instead assembles a cast of people and lets them be the voice of the project.

“How many people drive past Shaw University on Blount Street and don’t know this story?” said Goodtree.

A particularly challenging aspect of the production process was gathering stories and information as there isn’t much documentation out there about HBCUs.

“There isn’t the information structure that exists around our major universities like Duke and NC State and, as Dr. Forbes says in Shaw Rising, ‘We had to learn how to make bricks without straw,'” said Goodtree.

Goodtree was joined by the director and editor of Shaw Rising, Tim Finkbiner in this endeavor to unearth the necessary information to tell the full story. They found descendants of Shaw’s founder, Henry Martin Tupper in the midwest and flew them in to be interviewed for the movie. Tupper’s descendants even brought a big box of pictures that no one had ever seen outside the family.

Once all was written, shot, edited and complete, the film is grounded into three major acts. The first act takes viewers through the history of Shaw from its creation in 1865 in a hotel room in Raleigh to the death of its founder, Henry Martin Tupper.

Tupper’s death coincides with the onset of Jim Crow in the South and the institutionalization of separate but equal following the Supreme Court case Plessy vs. Ferguson.

Act 2 continues on in the history of Shaw, mostly devoted to the role Shaw played in the Civil Rights Movement. The final act, which is split into three parts, is a meditative look at the present and future of Shaw University.

The Impact of Shaw Rising

In 2014, Goodtree produced the documentary, “Because No One Else Would,” a story of American Tobacco and the Durham renaissance. This documentary was Goodtree’s first long-form documentary and received a number one rating in Prime Time when it first aired on WRAL.

“This notion of telling the story of the Triangle is an interesting one to me because I don’t really think it’s been covered this way,” said Goodtree who is also working on a few new projects with several Triangle-based municipalities.

“I think what comes out of the film is the determination and the heroism in adversity that Shaw University has always put out there,” said Goodtree.

As the producer and a driving force of the film, Goodtree wants to see viewers take away one thing from Shaw Rising, pride.

“I hope it makes the Triangle a richer place for them and when they drive down Blount Street they know what it is. Now they’re a part of the story and they understand. Maybe one day they’ll tell the story to somebody else,” said Goodtree.

Where You Can Watch Shaw Rising 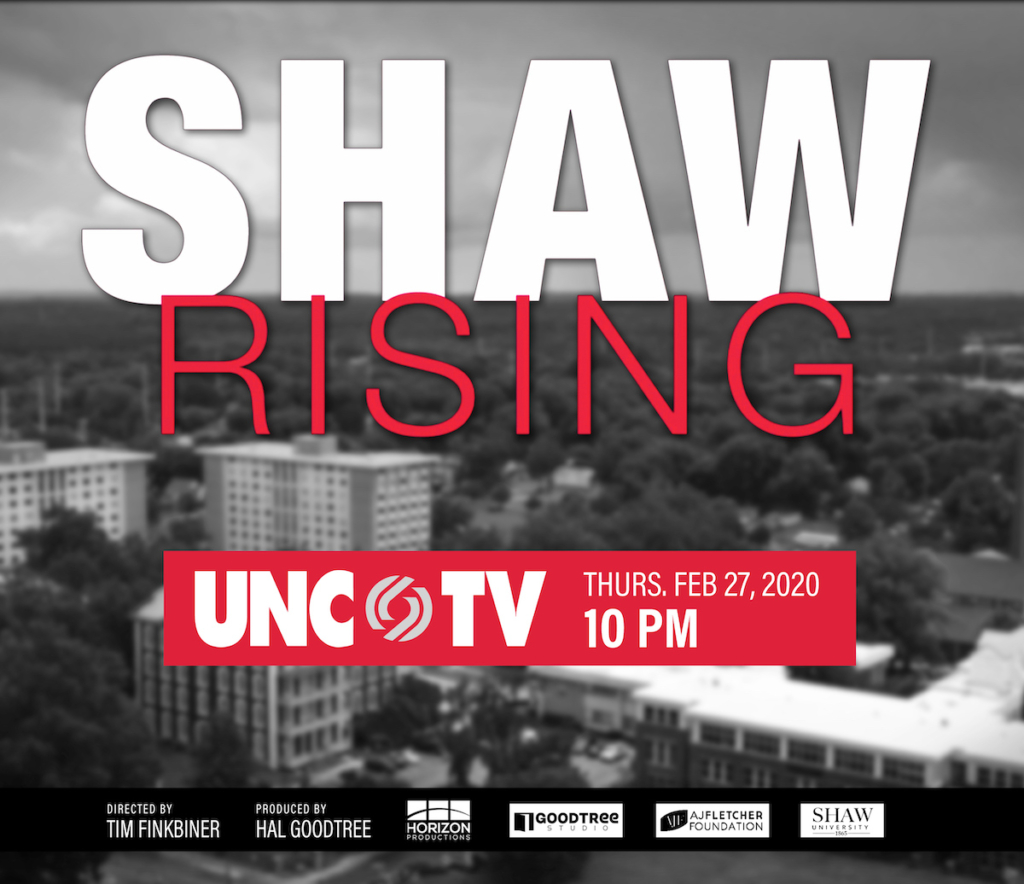 The following is a list of showings scheduled for the film.

Story and featured photo by Ashley Kairis. Film trailer and other photography courtesy of Hal Goodtree and UNC-TV.