Raleigh, NC — Head coach Rod Brind’Amour called the last game in Nashville a complete game by the entire team, one which he hoped the team would use as a springboard to another run. To his dismay and to the dismay of Canes fans everywhere, the Canes as a team played a lackluster game against the Rangers, losing 5-2 on Friday.

The Canes faced off against a New York Ranger team that not only is below the Canes in the standings, but also has the fight in their bellies to continue their run for a playoff spot. The Rangers won their 7th consecutive game on the road and certainly didn’t play like a team that, on paper, the Canes should beat and sadly, allowed the Rangers to sweep the 4 game season series. 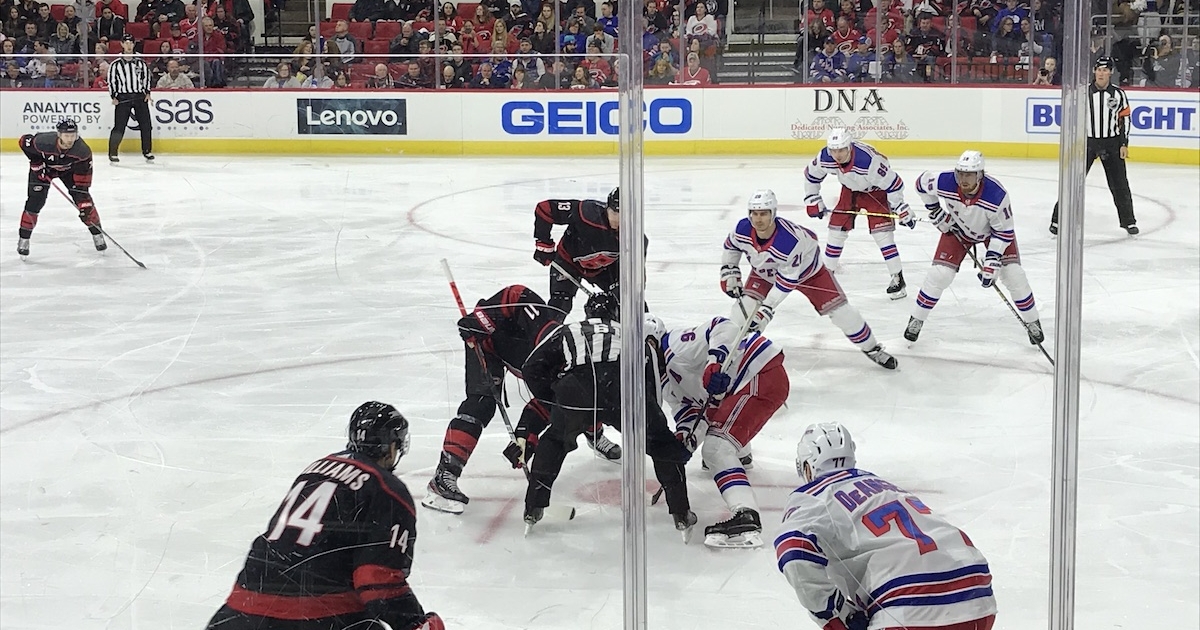 The PNC Arena had a fun atmosphere as there’s a strong contingent of local Ranger fans as well as the 3 busloads that make the trip to most Eastern away games. The Ranger fans now are more civil than fans of 10 years ago and give credit to the arena ushers for reminding all fans, these games are entertainment for the entire family.

The Rangers have a strong flavor of former Canes with Phil Di Giuseppe and the recently traded, Julien Gauthier in the Rangers line up with Greg McKegg — a healthy scratch. One line change Roddy made was putting Justin Williams on the second line with Jordan Staal and Warren Foegele, putting double experience with energy. Neither team took control of the game early on as most rushes were one and done on the shots.

Ranger goalie is rookie Igor Shesterkin and is going to be the centerpiece of that team. No question he is the heir apparent for All-Star Henri Lundqvist who the Canes would gladly send a retirement gift after this season as he has owned the Canes his entire career. Unfortunately, Shersterkin looks as good if not better.

Late in the first, Jordan Staal had the puck up high on the left point. He attempted a pass but hit Mika Zibanejad’s shin pads who grabbed the puck with his stick and it was off to the races which was no contest as Zibanejad seemed to gain a stride with every other step. He went straight towards Petr Mrazek then just before the crease faked the forehand, rolled his wrists sending a backhander up high for the first score.

The Canes had 2 powerplays in the first and if looks counted, the Canes would have had at least something to show for their effort as the first powerplay looked great.

Passing was fast and crisp with Andrei Svechnikov getting off two shots, one wide and one for a good save by his fellow Russian. Sherterkin’s save on a shot during the second powerplay was highlight reel worthy as he was going right, legs split wide then making a glove save up high on the left.

Early in the second, the Canes’ second line was on the ice in their defensive zone when Staal intercepted a pass but had a flubbed attempt for a clear. The Breadman, Aretmi Panarin, snatched up the puck and made a quick hard shot at Mrazek with the excitable goalie making an excellent save.

Staal was called for a slash that could be used as instructions for NHL refs for the minimal amount, early in the second.

The penalty kill team did another excellent job and timed the final kill perfectly as they gained possession just as Staal came out of the box getting a quick pass from Jaccob Slavin. Staal entered the Rangers zone passing over to Brock McGinn. Ginner carried the puck to the mid slot and calmly drew Shesterkin to his right then sent a smooth shot to just inside the left post to knot the game.

Double bad luck for the Canes happened on the next two Ranger goals.

Both occurred due to ineffective clears out of their defensive zone, read into that effective forechecking by the Rangers, but the next two goals darted off a Canes defender’s skate in front of the crease. Coaches from Pee-Wee leagues and up teach to fling the puck at the net and good things can happen.

The game started getting chippy late in the period as calls on both sides of the puck appeared to be lacking. The most glaring was Erik Haula getting head checked from behind into the boards right in front of one ref. Good chance that will, or should, be looked at by the league.

Aho Gets 35th of the Season 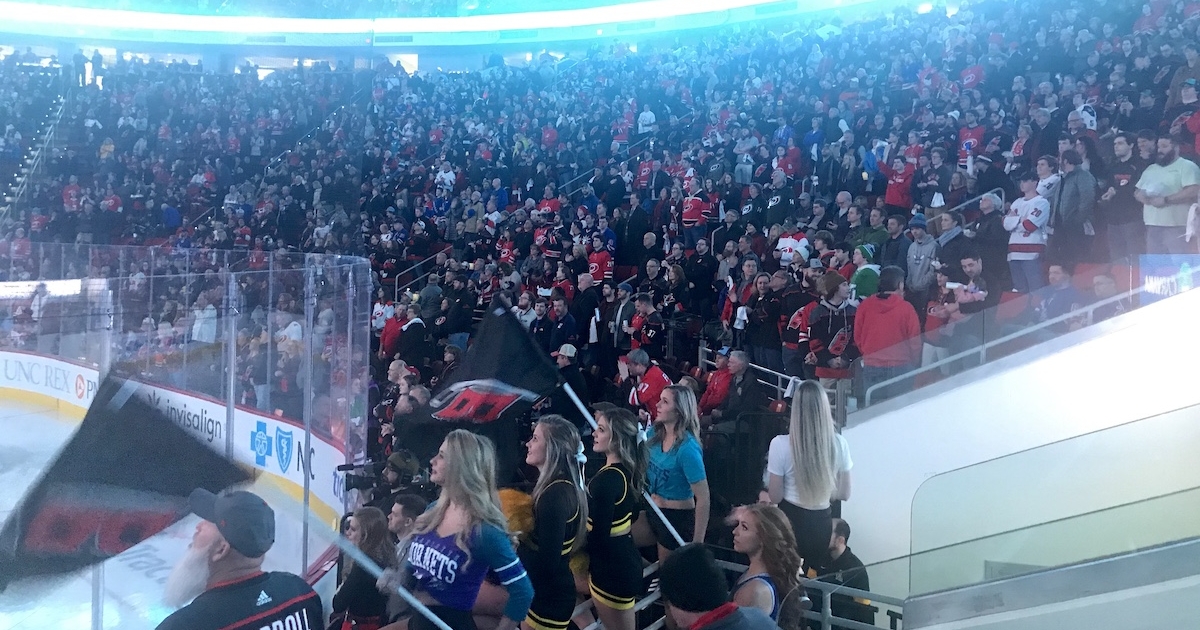 The Canes came out in the third with a little more grit but were still only able to get one shot off before play went the other way. The Canes hole got deeper early when Zibanejad saw Panarin along on the right, made the pass allowing the Breadman all the time to pick where he wanted to put the puck which was 5-hole for a tough 4-1 Ranger lead.

The Canes answered on the next powerplay with Sebastian Aho converting on a hack and whack attempt in the crease after a shot by Slavin and tip by Svech.

Roddy mixed up lines for the third, trying anything to get the team going.

With the team’s performance in Nashville, Roddy was blown away with the dramatic change in performance. Best thing to help erase this game is a quick game which the Canes have in Toronto Saturday night. Toronto fans have to be as upset as any team in the NHL with talent almost unmatched on paper, firing the highest-paid coach in the NHL earlier this season and currently, like the Canes, on the outside of the playoffs looking in.

The Canes have had success against the Leafs and hopefully, that will continue so the Canes can get back in a playoff Wild Card spot. The next home game is Tuesday against the Dallas Stars. Be there! 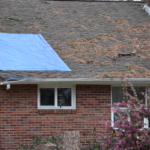 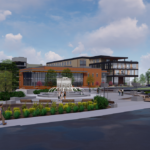