Cary, NC — The excitement surrounding the construction of Phase 2 of Downtown Cary Park has spurred plenty of conversation. It has also spurred a building boom in Downtown Cary that hasn’t been seen since the 1970s. 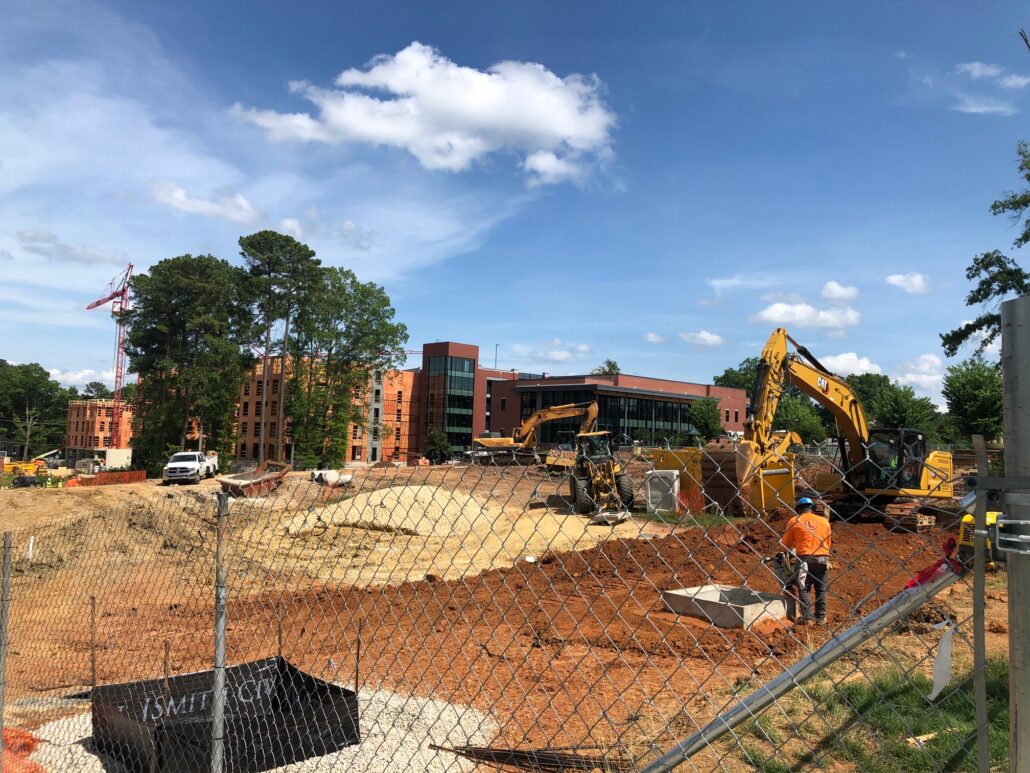 View from Academy Street of the construction of Phase 2 of Downtown Cary Park.

The Downtown Park Phase 2 broke ground back in June. The seven acres have been reshaped while infrastructure is put in place for all the inner workings necessary to manage a pond, water features, and several permanent building structures. The Park is slated to re-open in the summer of 2023. While that seems a long way off, it will be here before you know it.

In the meantime- the park has spurred many other projects, as well as a housing boom where older, smaller homes and duplexes are being replaced by larger homes with all the latest amenities.

The CaryCitizen staff live and work in Downtown Cary and walk the streets and neighborhoods almost every day. Over the course of the last year, we have seen a lot of building going on. So much so, that we started a habit of documenting what we are seeing. The results are here in a short photo story of Downtown Change.

Much has been written about several of the commercial projects that are taking shape in Downtown. Some of these projects have been in the works for years and finally started to move dirt in 2021.

The Northwood Properties project at the corner of Harrison and Chatham made its first move this summer when the existing building was demolished. It followed the demolition of the old Rogers Motel building earlier in the year which will make way for what is being called Rogers East and West on East Chatham Street. 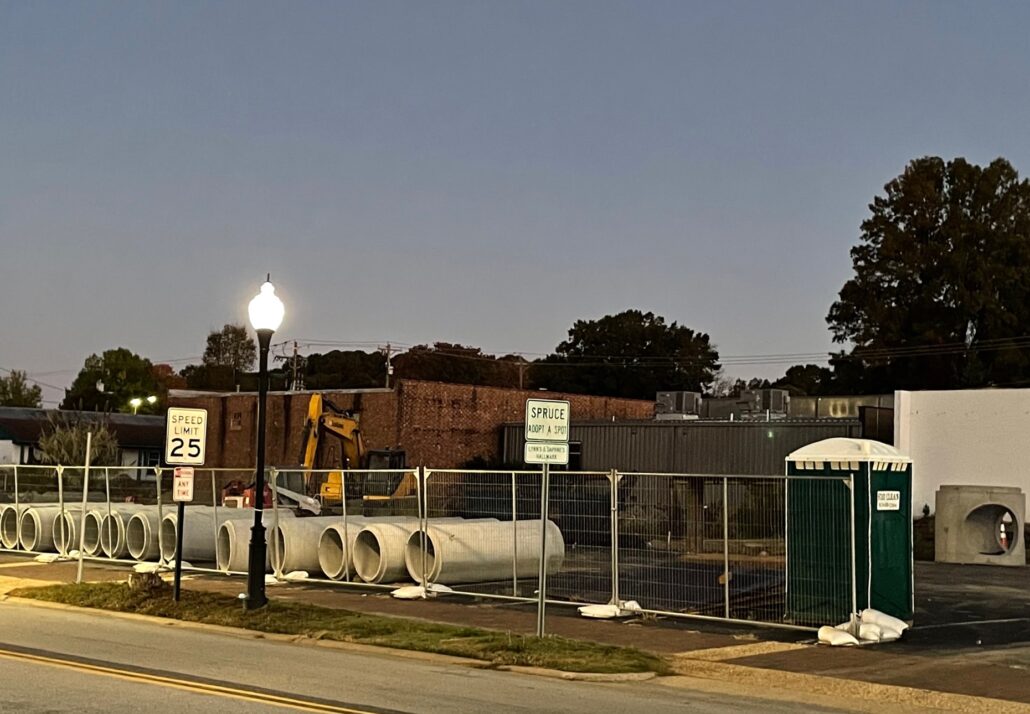 Infrastructure getting ready at the Rogers East & West site on E Chatham Street. 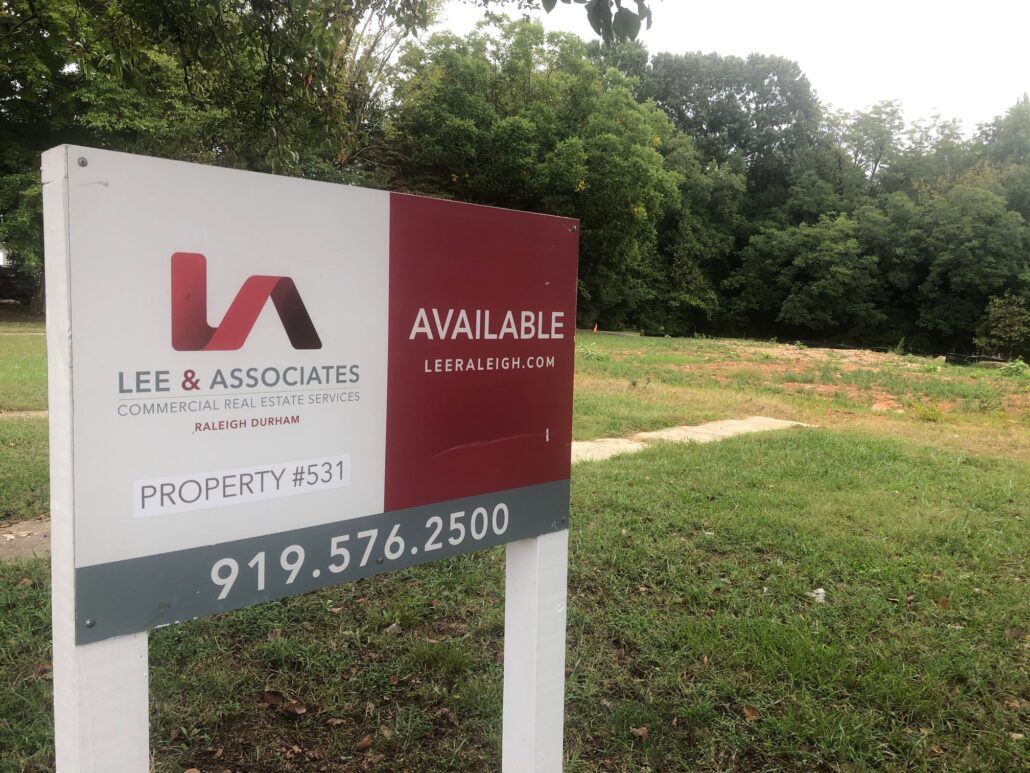 Northwoods Properties demolished the building they owned on the corner of Harrison and Chatham in August of 2021 making way for the Jordan project. 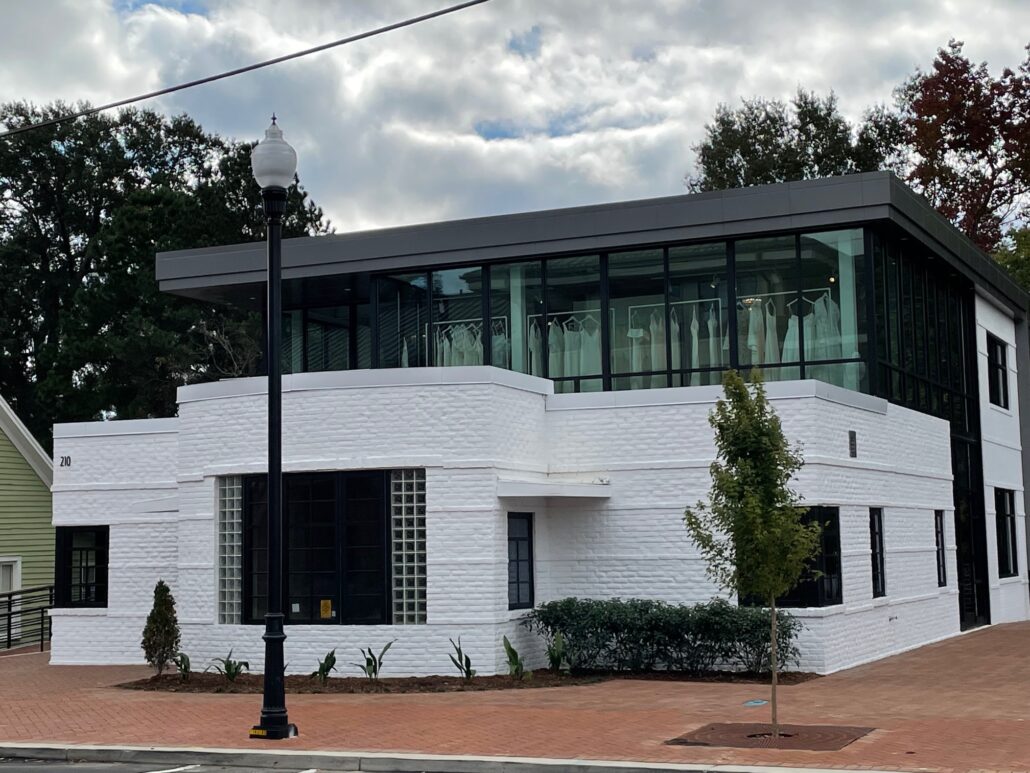 The Williams House is just about complete. A & Be Bridal has opened on the top floor, and Bull City Cider will be opening in December 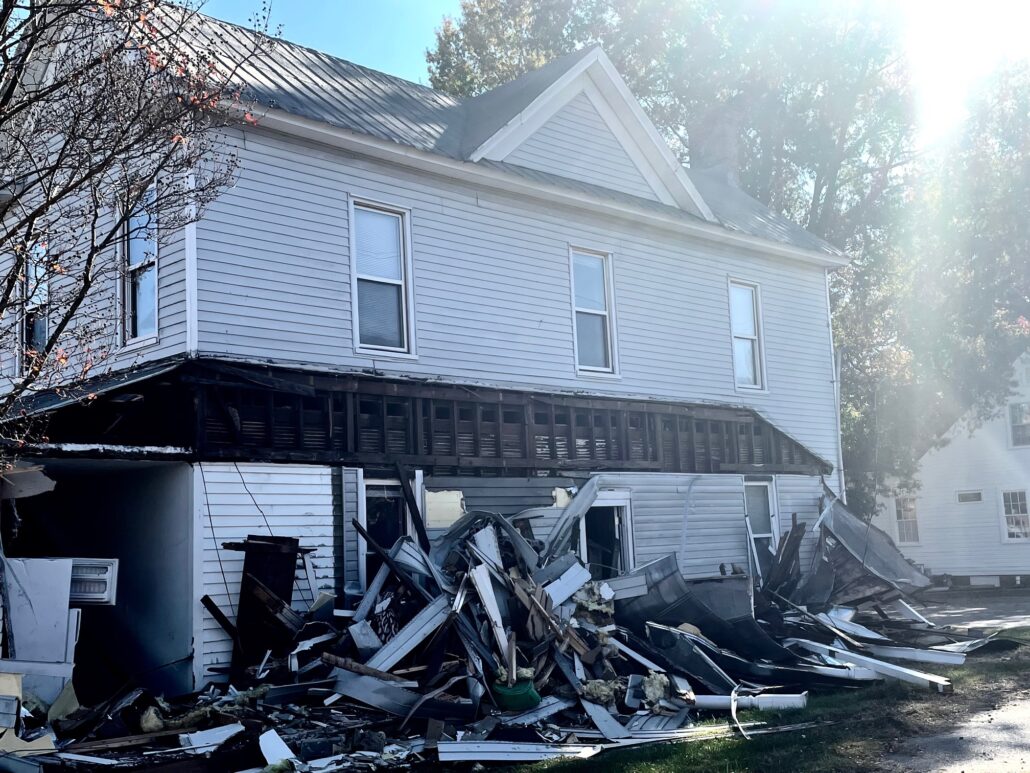 The “Breeze House” and a house adjacent to it were demolished the week before Thanksgiving to make way for a project to include a 3-story office/restaurant spearheaded by Lee & Associates at the corner of Kildaire Farm and Walnut Street. 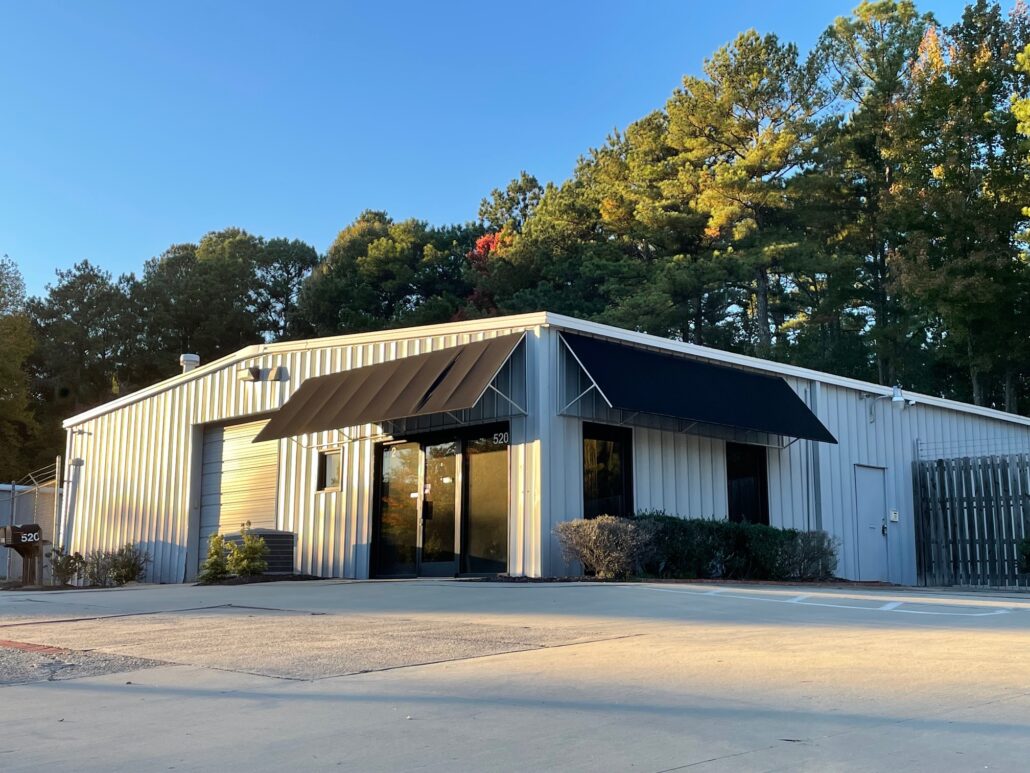 The former Bitting Electric Site is owned by Cary Oil and there are plans for two breweries to share the site. The plans are listed as “under review” on the Town’s Development Map. Look for movement here in 2022. This is located at the West Chatham roundabout. 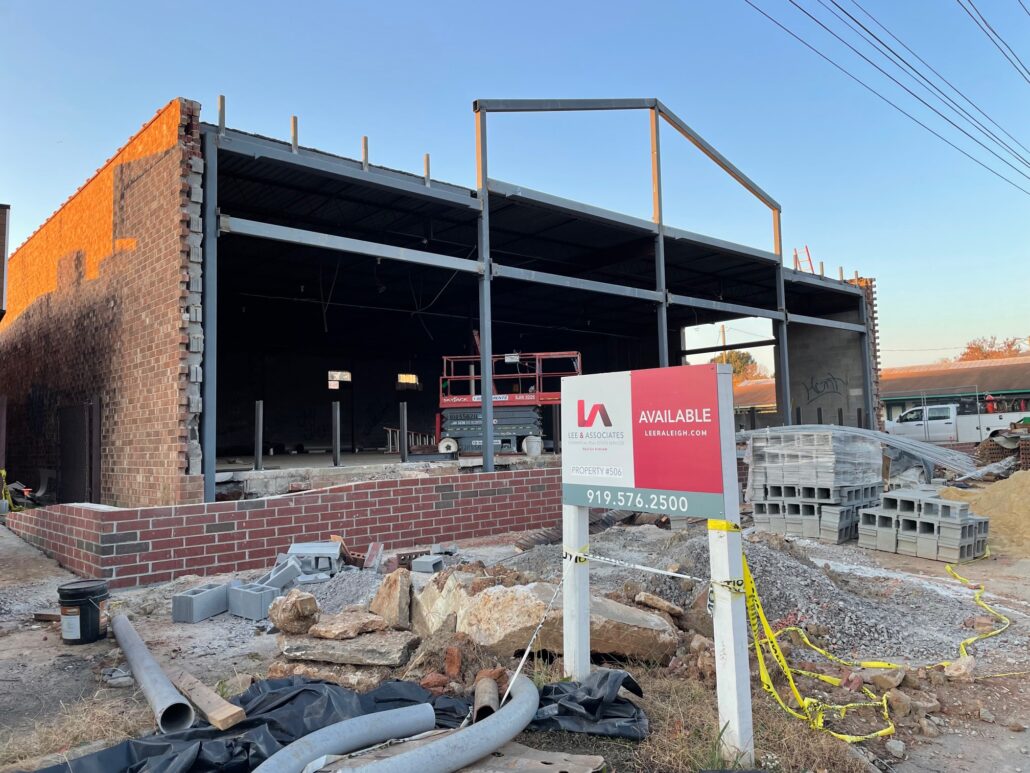 The building on Cedar Street is under construction and leasing by Lee and Associates. No plans are listed on the Town’s development website. Former location of a screen printer and owned by the Ladd Family. 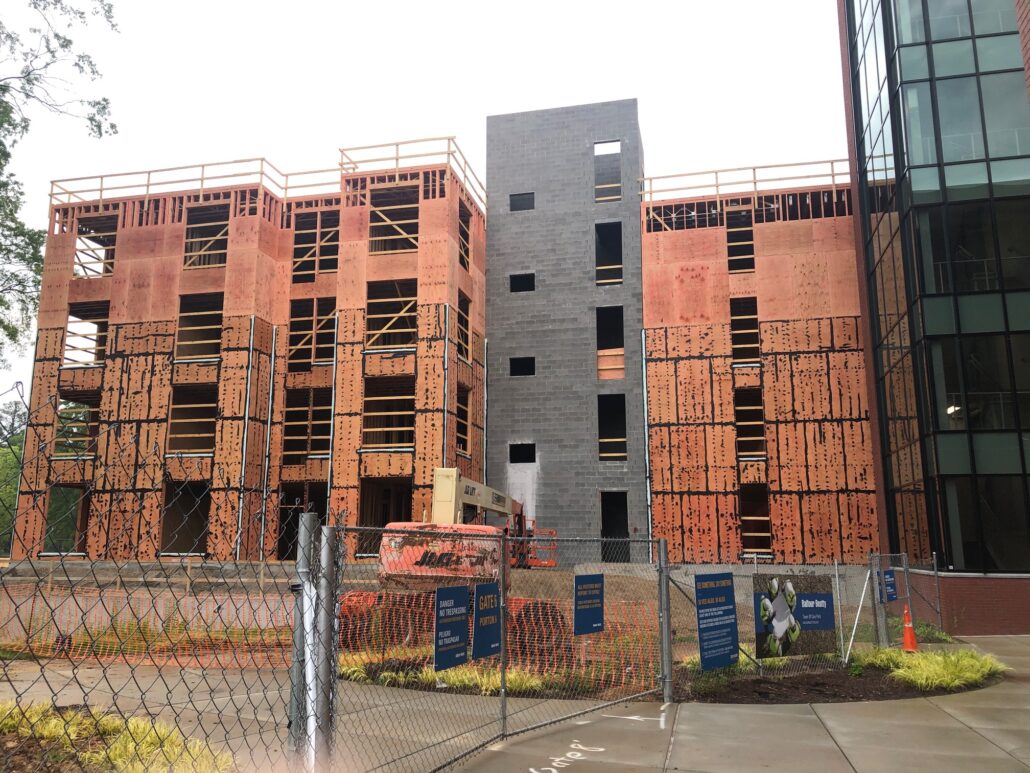 The Walker Apartments are adjacent to the Cary Regional Library and the Downtown Park on Walnut and Walker Streets.

Envision Homes is on the final phase of Park Station Townhomes on East Park Street facing the future park.

From my own observation, it seems the pace of residential construction has left many first-time homebuyers out of this market. Rarely do existing homes actually come on the market and many of the houses currently being knocked down have previously been rental properties, and they tend to be viewed as opportunities for redevelopment. 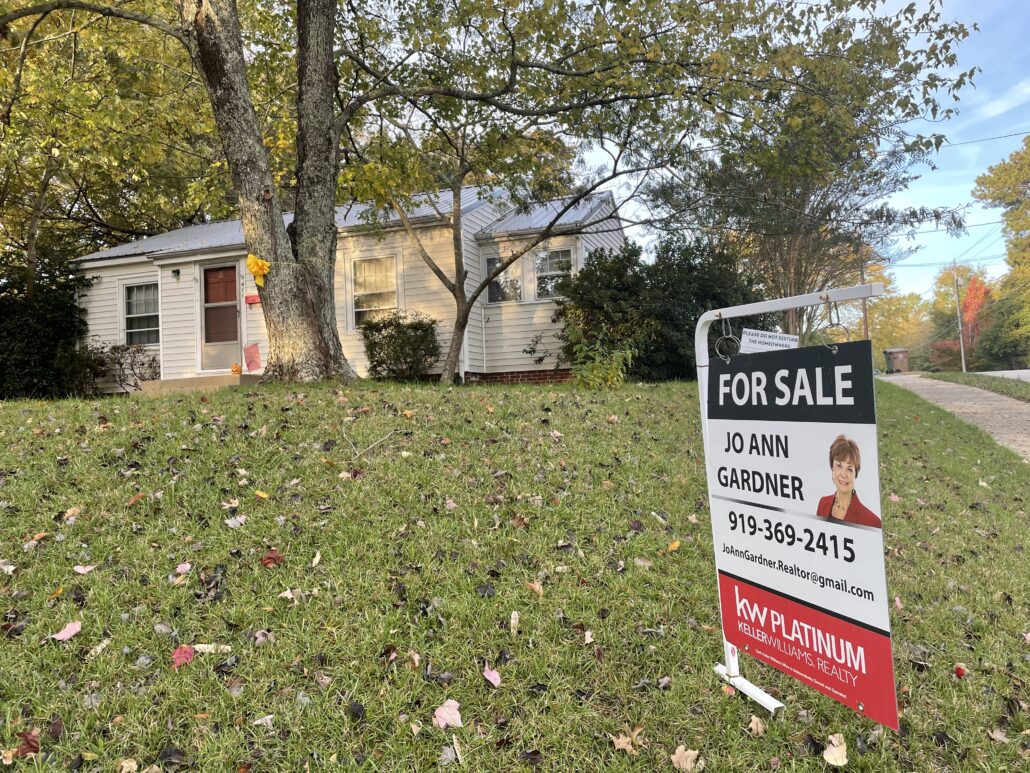 N. Academy Street home listed recently on Zillow for $800,000. Located across the street from Cary Town Hall and zoned for commercial use. 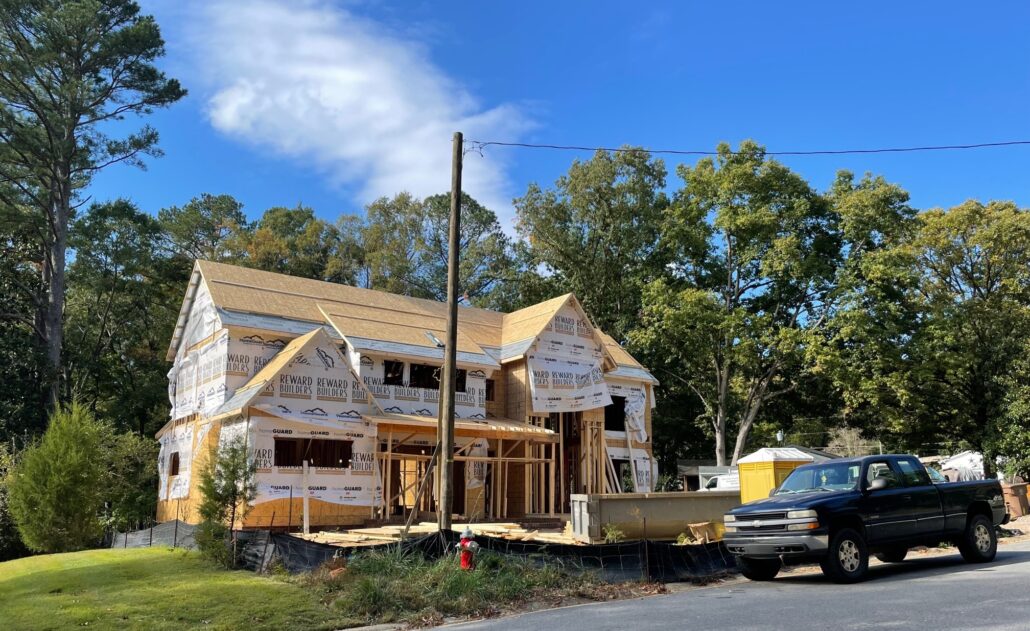 Home under construction on Griffis Street near Dorothy Park. 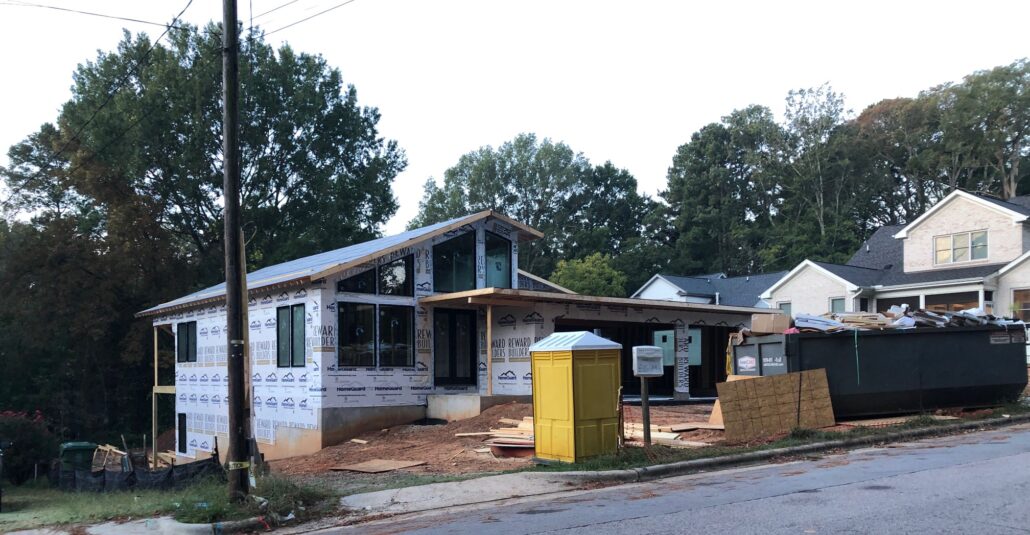 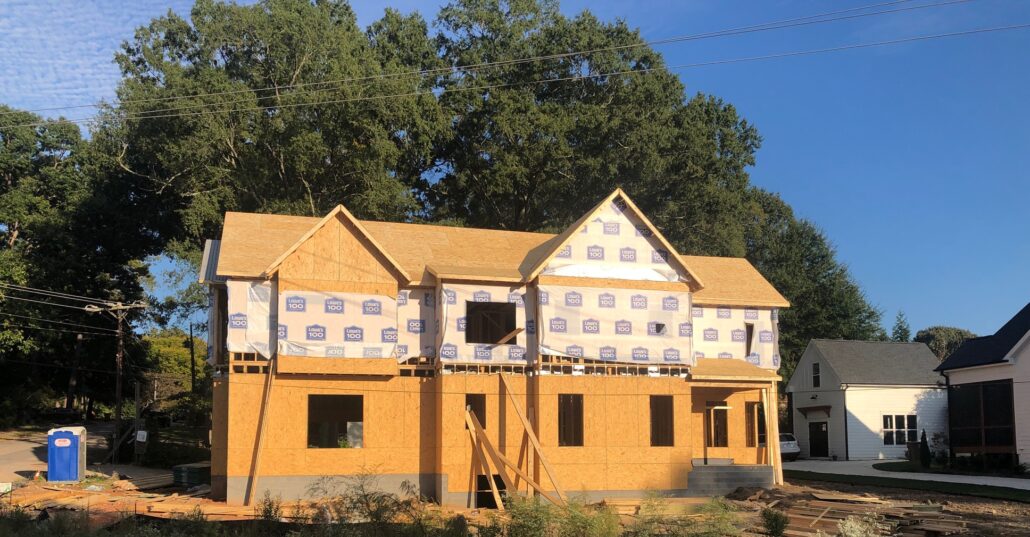 Home under construction at the corner of W Park and W Chatham Streets. Lot was subdivided from one home to two (second home in background). 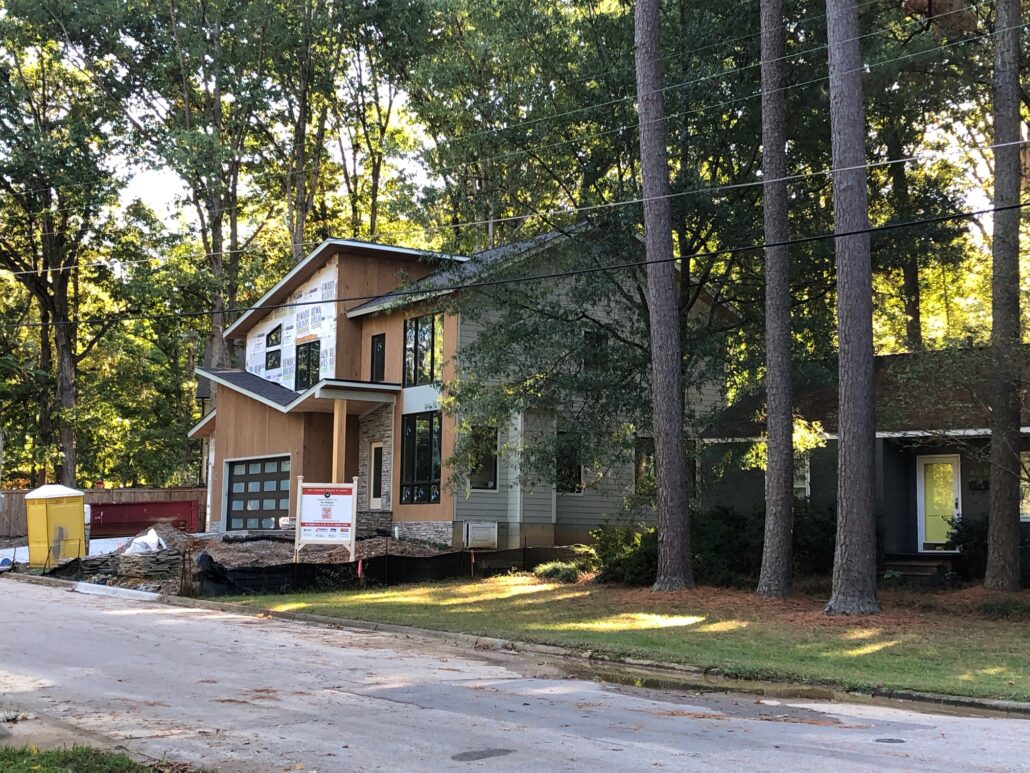 House under construction on Prospect Street off of Kildaire Farm Road. 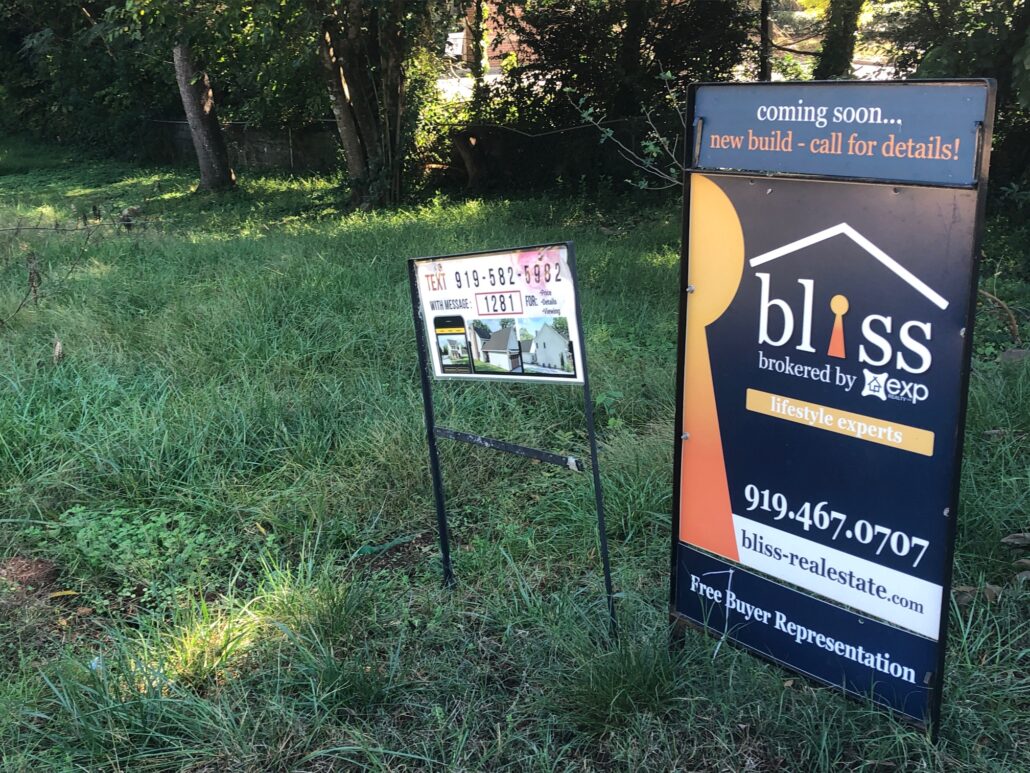 Property divided into two lots in the Kingswood neighborhood on N. Academy Street and listed by Bliss Realty.

These are just a sampling of the many projects currently under construction. Not seen here are 3 other multi-family projects that are still in their planning phases.

The Meridian is a planned apartment complex on currently vacant land that straddles Chatham and Cedar Street. It calls for 220 apartments along with 8200 sqft of retail. Two townhome communities are in the planning stages on Byrum Street, one where a Montessori school previously operated. The other community is at the corner of Walnut and Byrum, on land that is currently vacant.

As the park gets closer to opening, look for these and other new project announcements. Downtown Cary is undergoing big changes.

Story and photos by Lindsey Chester.