Cary, NC — This was a week of events and a few meetings.

I talked with the town manager on Monday in lieu of a meeting just to make sure we were in sync with information.

Wednesday I participated in the Community Stakeholder Virtual Session for Cary-RTP Rapid Bus Extension. The purpose of the meeting was for the consultants to get feedback about future rapid bus from the people representing the communities most impacted. There were more than 35 people on the call that provided several comments. Here is a summary of that meeting from the Wake Transit Program Manager:

“Thank you so much to those who participated in our community stakeholder input session yesterday afternoon. We very much appreciate the input you provided during the session, and we look forward to your continued input as we progress through the study process.

As mentioned at the end of yesterday’s session, we have launched Phase I of public engagement for the study. The period during which we will be requesting public input for Phase I through a survey will run through November 1st.

We get much better public participation results when our community stakeholders are active in pushing the message to participate through their own channels. To assist you with that, CAMPO’s public engagement planner has developed an online toolkit that provides all of the resources we have developed to drive public participation. Materials include:

We appreciate your help with this! If you take any actions to drive public participation in Phase I for the study, such as social media posting, posting to NextDoor, etc., please let us know so we can track the results of your efforts. Please let me know if you have any questions and thank you for what you do for your community and our region.

The meeting lasted about one and a half hours. 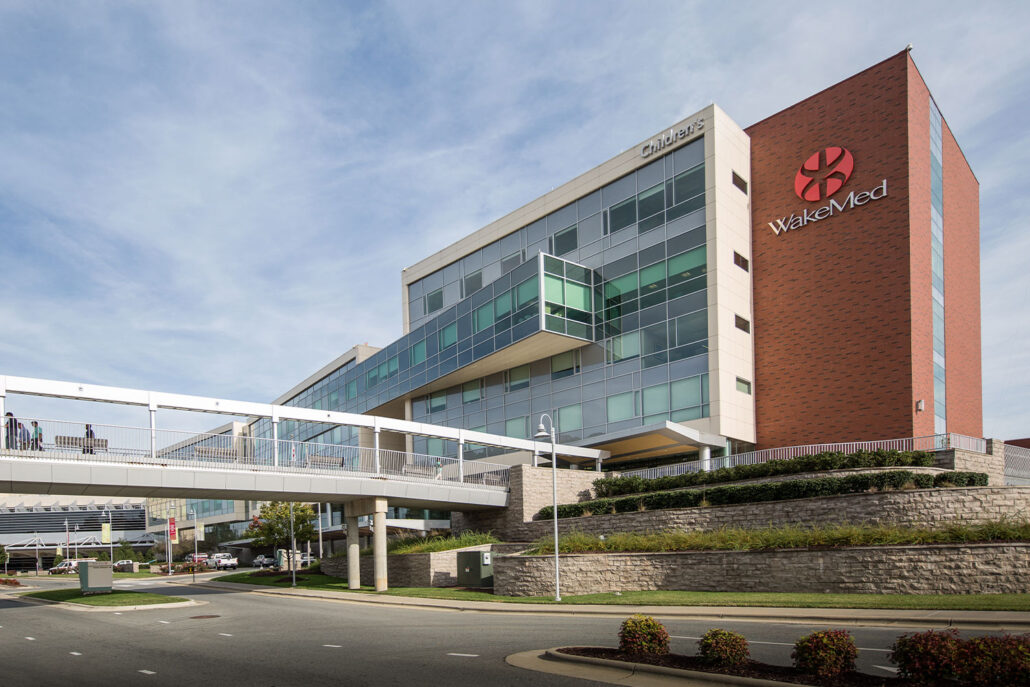 Later Wednesday I received an update from WakeMed Cary hospital on COVID impacts. Here is an excerpt from that update:

“… The number of COVID patients in the WakeMed system is down well over 50% from our peak and is still falling. The caution: Delta is by no means the last variant of COVID we’ll face.

Vaccination remains our most powerful and most effective long-term tool to blunt waves like this in the future.

Delta has been awful for our community. It has been even more devastating in communities that didn’t reach vaccination rates of close to 100% for their oldest and highest risk members. We are thankful that Wake County achieved that level.

We are also thankful for the upcoming expansion of a COVID treatment called monoclonal antibody (mAb).  WakeMed began administering mAb infusions in December 2020 with great success.  Since then, WakeMed has provided 3,155 total infusions. For people who are at high risk for developing severe COVID-19 illness and have tested positive for the COVID-19 virus, the one-time mAb infusion treatment has been shown to help prevent acute illness and hospitalization by up to 70 percent. It is most effective if administered within 10 days of onset of COVID-19 symptoms.

This week, WakeMed is expanding the use of mAb treatment for high-risk patients with COVID-19. The increased access is part of a national “Crush COVID” initiative. WakeMed is the second health system in North Carolina to join the initiative. Working with the NC Department of Health and Human Services, the US Department of Health and Human Services and KPMG, WakeMed will open four infusion sites. …”

I am so grateful for all the doctors, nurses, and others in our healthcare community that have worked tirelessly in this pandemic. God bless them all!

Thursday staff provided information comparing Apex and Cary’s vaccination rates and infection rates at the request of Mayor Pro-Tem Frantz. The information, via heat maps, showed two sections of Cary with vaccination rates of less than 53% both in August and at the end of September. Unfortunately, it doesn’t appear that we improved much during that time. Apex had better vaccination rates with their lowest section of town having above 61%.

Delayed vote in the US House on Bipartisan Infrastructure Bill, which is now paired with the larger Reconciliation Bill (originally a $3.5 trillion “human infrastructure” bill) – Democrats are currently targeting October 31 for both of these priority pieces of the Biden Administration legislative program.

Many prognosticators theorize that all these issues will continue to be delayed and percolate until it all comes to a conclusion some time right before Christmas (nothing like a hard deadline with a plane ride home…).

Behind the scenes negotiations continue – we hear that the six policy provisions restricting local governments are still in the negotiations.

Currently we have suggested language that would address local concerns in the bill:

Please continue to advocate with your state legislators to have the  six policy provisions restricting local governments in the House budget proposal.

The meeting concluded after about 35 minutes. 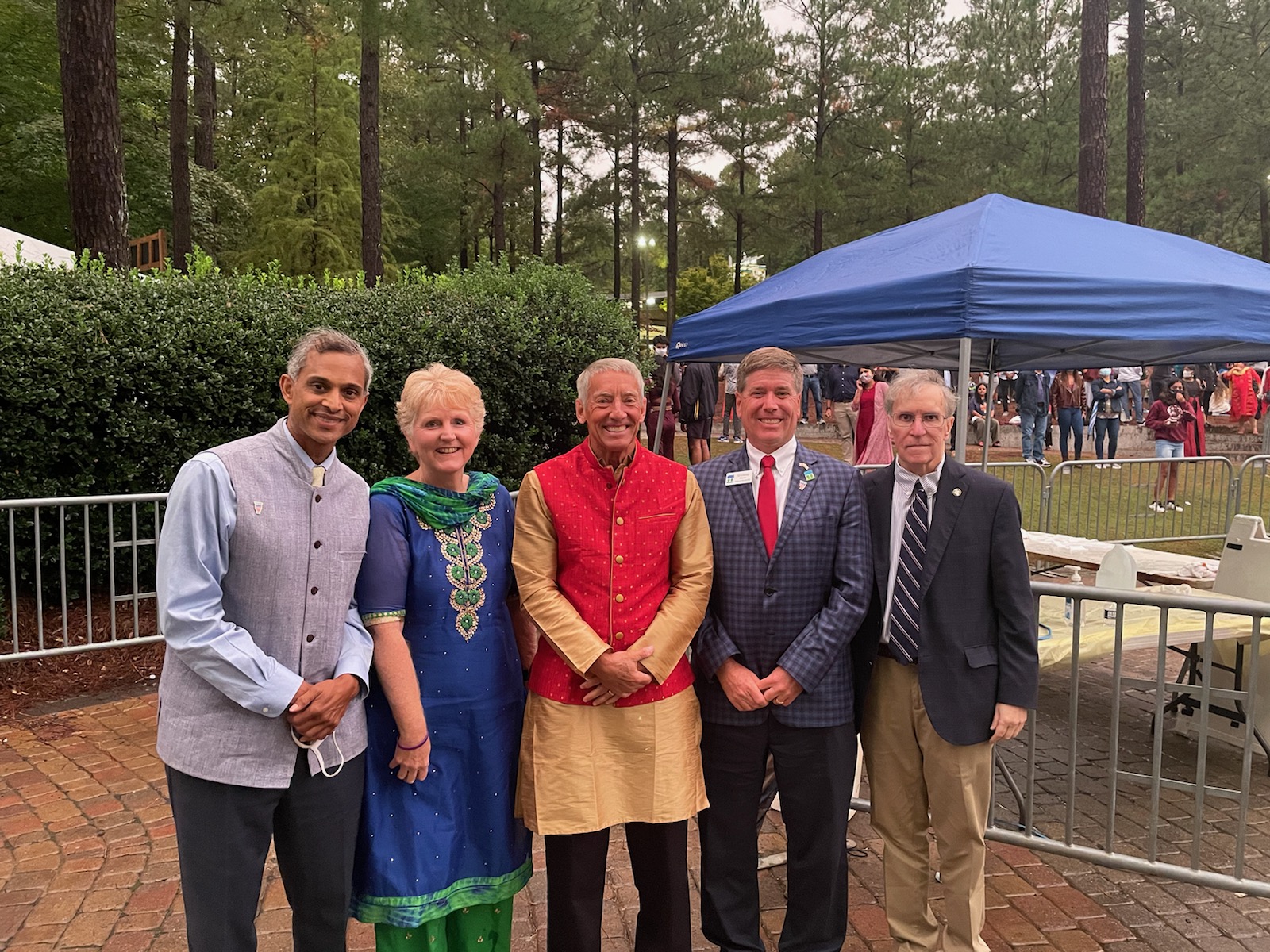 Saturday I attended the 21st celebration of Diwali at Koka Booth Amphitheater. Despite having flooding rains earlier in the day, and drizzle throughout the afternoon and evening, there was a good crowd.

There were great performances, unique exhibits, delicious food and colorful costumes and decorations. In past years, Diwali’s evening performances were international acts. This year, due to COVID, they were local. The performances were centered around a love story in Cary, and it was fantastic!

We are so blessed to have such great talent in Cary. The evening was capped off with a fireworks display.

I want to thank the Council for your continued strong support of professional development for staff. This week I received my Certificate in Leadership Excellence from Vanderbilt University (VU), a 4-program series that we’ve made available to many throughout the organization. In my final course, I was joined by Danna Widmar. Others who’ve benefited from VU include Danielle Mahoney, Matt Flynn, Scot Berry, Paul Webster, and Alex Jones. And it was through VU that we found coach Mark Robertson. 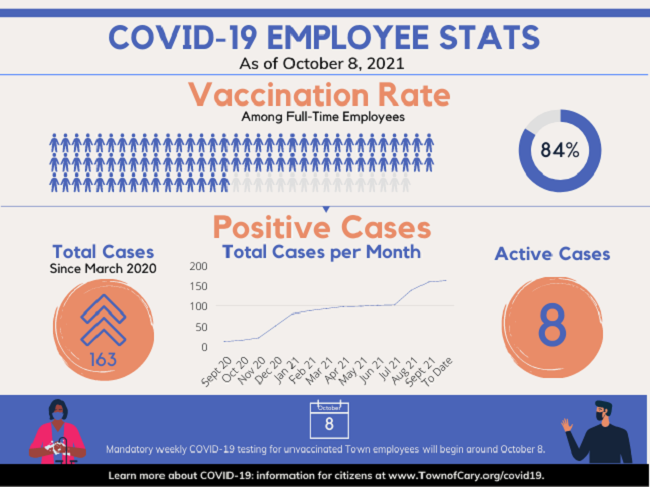 I am very pleased with the response we received from staff that got us to an 84% vaccination rate. While the rate is good, we will continue to encourage those that are unvaccinated to get vaccinated with a 100% goal in mind. There are currently 8 active cases with a total of 163 cases with staff since the beginning of the pandemic.

On Monday, the Cary Zoning Board of Adjustment (ZBOA) unanimously approved the resolution for the Lee & Associates variance to allow a 63.6% reduction in required off-street parking for a new office and retail building at 413 Kildaire Farm Road.

The board also reviewed the 2020-2021 Annual Report which highlighted a return to in-person meetings, reasonable accommodation cases, and reviewed the 22 cases heard by the board over the past term. The final action for the evening was the appointment of Janie Richardson as Vice Chair.

The November ZBOA meeting will be canceled, and the board will meet again on Dec. 6.

The proposed modifications consist of constructing a new Cary greenway along the southern boundary of the landmark, including some new paved pathways, fences, plantings, bollards, retaining walls, and brick columns; the pathway will be approximately 430 feet long, including approximately 410 linear feet of existing pavement and 4,300 square feet in total area.

A combination of citizens and staff volunteered to clean up Hillcrest Cemetery last Saturday.

Following a demonstration of proper cleaning techniques by Verville Interiors, LLC, volunteers cleaned an entire section of the cemetery during their time in Hillcrest. Clean up days are planned to occur biannually. Information on future clean up days will be posted on our website. 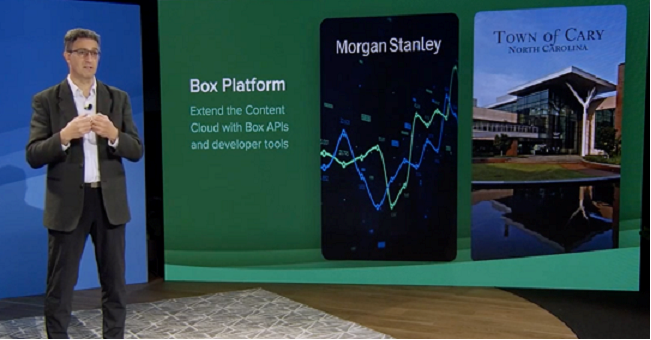 At the BoxWorks Keynote Session, The Future of the Content Cloud, Senior Vice President and Chief Product Officer Diego Dugatkin highlighted Cary as an innovative and forward-thinking partner.

While highlighting the robustness of the Box Platform, Dugatkin called out Cary’s own bespoke Catalog of Project and Services that harnesses best of breed platforms to increase collaboration across our organization.

Riders use a mobile app, similar to Uber or Lyft, to request a trip between 15 dedicated stops (nodes). The app can also be used to track the shuttle location when waiting for a pick-up or while on board. A federal mask mandate remains in effect for all drivers and passengers.

Next week’s activities include staff meetings, a housing update from staff, several events related to the SAS Championships, and a meeting of the North Carolina Metro Mayors.

Well, that is all for this week. My next post will be on Sunday, October 17th.  Although I have Facebook and Twitter accounts those are not the best means of communications with me. Please send all Town of Cary questions or comments to Harold.Weinbrecht@townofcary.org and email personal comments to augustanat@mindspring.com.

Cary History: A Case of Polio in the Time of WWII