Cary, NC — In 2006, Ruby Merritt was interviewed, and told us about her son, Wendell, who had polio during World War II. Here is her harrowing story, described in her very own words. 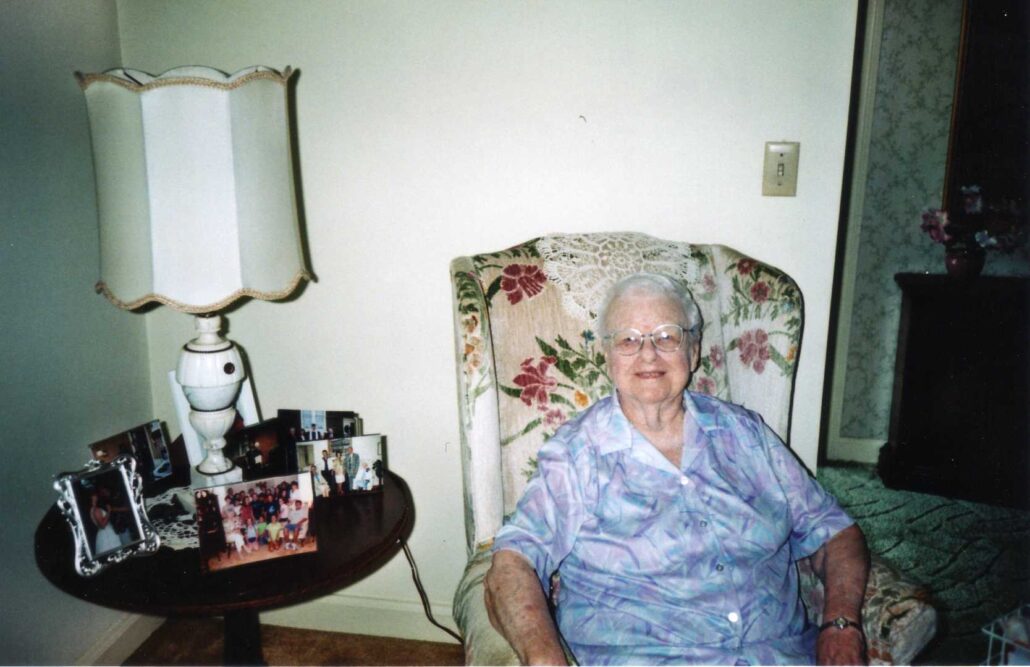 “I was born in 1908. My son, Wendell, was born in 1940. When he was three years old, he had polio. One hot night in August 1943, he was crying, fretting and had a temperature. I think he was about semi-conscious. Our family doctor came to the house that night.

After he examined him, he told my husband, “I’m afraid he’s got polio. Don’t tell Ruby tonight because it won’t do any good.”

My poor husband had to live with that alone all night while I sat up rocking him. The next morning, our doctor returned and said, “I’ve called a pediatrician at Duke. I want you to take him there this morning.” When the pediatrician examined him, he said, “I’m afraid he’s got polio.” I had to hand him over to strangers—when he’d never been away from me. I thought I would die when I left him that day.

He was quarantined in Duke Hospital for twenty-six days, three years old, all alone. His room had a half-glass wall so the nurses could watch him. Every night when my husband got off work, he went to Duke. He didn’t want Wendell to see him, so he’d peek at him through the window, then ask the nurse how he was. I wouldn’t go. I felt like I was looking at him in his casket. After two weeks they’d let us stay in the room with him for just two hours a day.

At the time he was taken, the polio affected his back. They started therapy in the hospital that strengthened his back, but not his hip or leg. He eventually had four surgeries on his foot.

During the war, polio was an epidemic all over the country. They built a rehabilitation center in North Carolina and recommended he go there. I was to stay with him during therapy, but I had three other children at home and couldn’t leave them to be with Wendell. Then the pediatrician called me in. He said, “If you’ll take the ten-day course here to learn how to give him therapy, I’ll send him home with you.” So, I went to school and learned the Sister Kenny method of therapy.

[NOTE: Sister Kenny refers to Elizabeth Kenny, a bush nurse in Australia who developed new treatment methods for polio victims. Instead of placing limbs in plaster casts, she advocated hot compresses and passive movements to restore muscles. Her treatments became the foundation for modern physiotherapy.]

Then they watched me give him the therapy to make sure I did it right before they let me bring him home. This meant I didn’t have to send him to a rehabilitation center. At Christmas, we brought him home. After Santy Claus had come, Wendel got up and took some steps, and we all shouted for joy. It was about two years before he was completely discharged from Duke.

To this day, he wears a shoe that is built up for his right foot, and that shoe is two sizes smaller than the other one. He has to buy two pairs of shoes.”

Wendell Went on to Practice Medicine

Wendell went on to become a doctor, then was drafted into Vietnam from 1968 to 1969 where he was stationed in the closest field hospital to Hamburger Hill. He was still practicing medicine at the time of the interview.