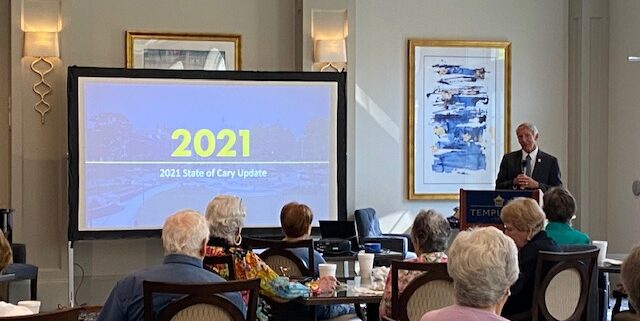 Cary, NC — This week had more ceremonial-type activities than I have had since March of 2020. 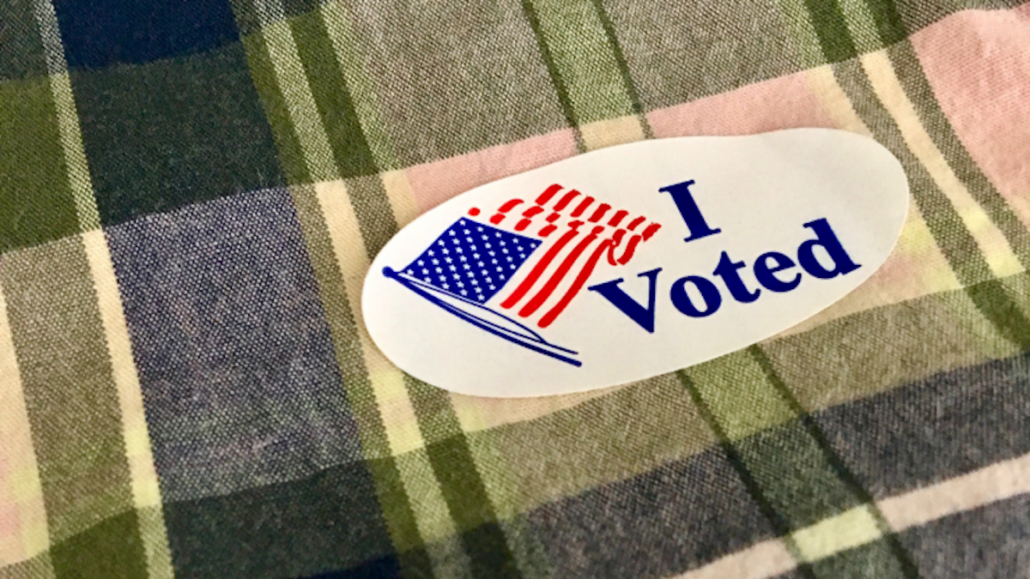 Monday I met virtually with the town manager. Our discussion included several topics including elections. We decided to stop our efforts for a local bill to allow our elections to be held this year as normal. Instead, Cary municipal elections will be held in March 2022.

Other topics of discussion included the branding logo, diversity, the future Recreation Center, and the sale and redevelopment of South Hills mall.

Wednesday I gave an updated version of the State of Cary address to the Templeton Senior community. There were several dozen in attendance. My talk lasted about twenty minutes and I spent about ten minutes answering questions. It was a very pleasant visit and I hope I am invited back in the future.

Wednesday evening I was a featured speaker at a fundraiser for North Carolina Representative Gale Adcock. She is a good friend and the former Mayor Pro-Tem of Cary. The event was held at the beautiful home of Ralph Ashworth who is known by so many people in the Cary community.

It was an honor to talk about Gale’s talents and character and all she has contributed to Cary and the state. We are so blessed to have someone like her representing us. 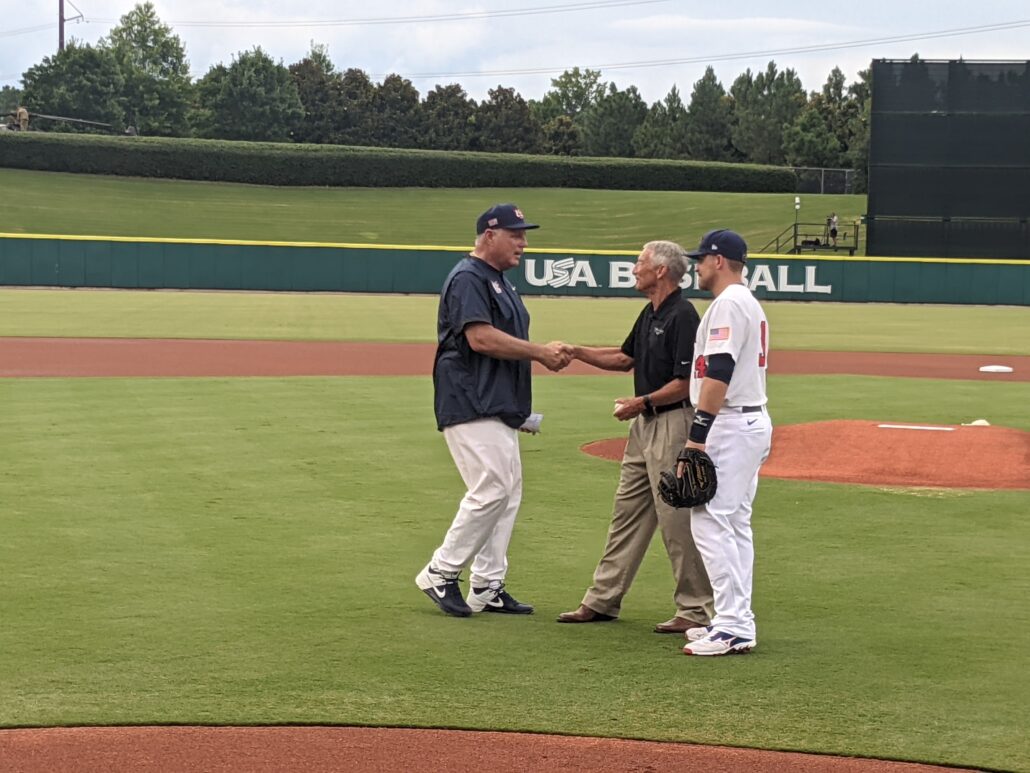 The USA Collegiate team is made up of Freshmen and Sophomores from various colleges around the country. The USA Olympic team will be heading to Tokyo on Wednesday morning following three exhibition games with the USA Collegiate team. The last exhibition will be at 1 PM on Tuesday at the USA Baseball National training center in Cary.

Friday I participated in a meeting of the North Carolina Metro Mayors. Here is the summary from the Executive Director:

The legislature is continuing to have many short work weeks with not a lot of major legislation moving.

Economic Development – nothing new to report 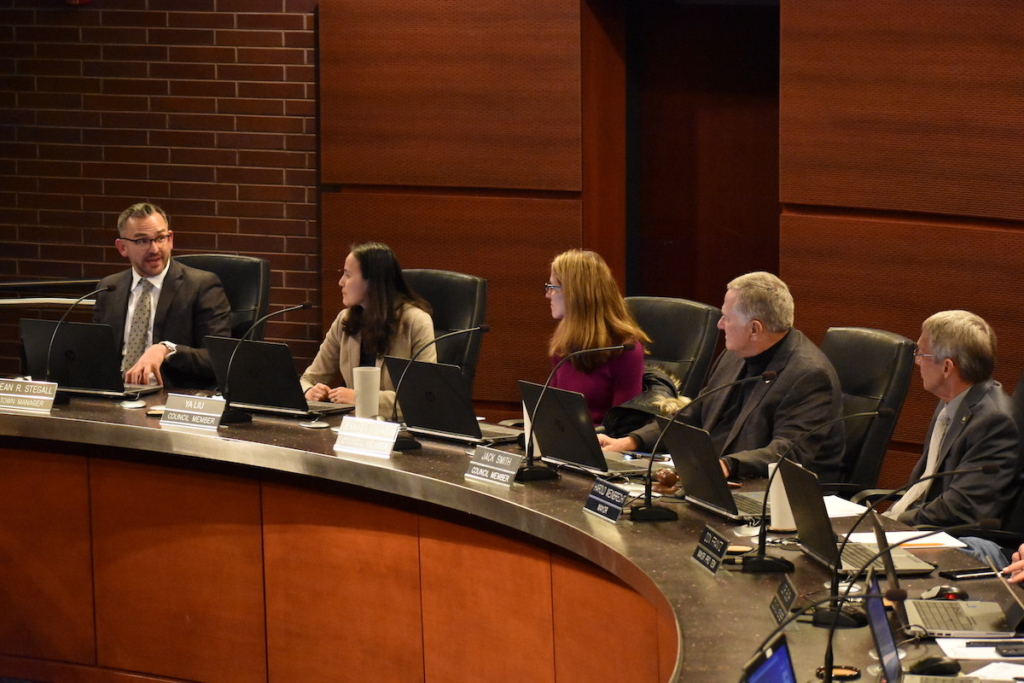 On Monday evening, Assistant Town Manager Danna Widmar and I had the pleasure of cultivating relationships with several accomplished environmental professionals.

We attended a social in Cary hosted by the North Carolina Association of Environmental Professionals (NCAEP). We had a lot of fun and were very impressed by the passion and interests of the many young professionals who attended.

I’m looking forward to attending the Chamber’s Annual Planning Conference and seeing each of you at next week’s Council meeting, which will be the first one of 2021 that will be open to the public.

Council Member Ed Yerha, along with Historic Preservation Planner Gillian White and Assistant Town Manager Danna Widmar, joined representatives from Cary’s Historic Preservation Commission and the Friends of the Page-Walker to discuss the pros and cons of alternative locations on Academy Street and Harrison Avenue.

As a result of the excellent discussion and insights, an additional study to evaluate the Academy Street location and the existing downtown district will be undertaken. The discussion focused on aspects of the new location that will ensure the long-term use and sustainability of this important Cary structure.

In the world of soccer, the best soccer pitches (fields) are flat, and we are fortunate to have one of the best in Cary at the WakeMed Soccer Park. A tremendous amount of work goes into the maintenance of this world-renowned pitch, and this past week the pitch underwent a small “operation” to make certain it stays the best.

The facility management team, with an assist from the operations team, removed the old grass from the pitch and installed new bermudagrass sod. The new sod is extremely heat tolerant and will perform better in the summer.

The renovation process involved removing and disposing two inches off the top of the field, adding 700 tons of sand back to the field, laser grading the pitch to a tolerance of +/-¼ of an inch over a 50 feet span (meaning the field elevation cannot be higher or lower than ¼ of an in over a 50 feet section of field), and installing the 98,000 square feet of bermudagrass sod that has been growing specifically for Cary for the past 18 months.

The technical expertise in Cary’s team allowed us to do most of this project in-house, saving over $50,000. 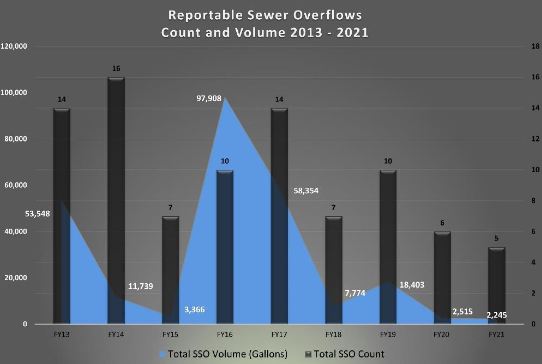 Cary operates its sewer system with the goal of meeting and exceeding all permit requirements and preventing sewer overflows. With a pipeline network of just under 1,000 miles, occasional wastewater back-ups and spills can occur.

Cary regularly maintains and inspects the sewer system and is staffed and equipped to rapidly respond to problems, make repairs, and cleanup any spills should they occur. Last year, (fiscal year 2021), there were only five reportable overflows totaling 2,245 gallons that escaped the system and entered streams in our community.

The spills represent only a slight fraction of the 7.2 billion gallons of wastewater that flowed through the sewer system and is the lowest number and volume of spills in Cary’s recorded history.

Next week’s activities include staff meetings, a meeting about the branding logo, the Cary Chamber Planning Conference, our first in-person regularly scheduled council meeting of the year, the Wake County Mayors Association Outing at the Mudcats in Zebulon and the Atlantic Tire Championships.

Well, that is all for this week. My next post will be on Sunday, July 25th.  Although I have Facebook and Twitter accounts those are not the best means of communication with me. Please send all Town of Cary questions or comments to Harold.Weinbrecht@townofcary.organd email personal comments to augustanat@mindspring.com.