Cary, NC — This week was the beginning of a holiday break for many Americans, including me. 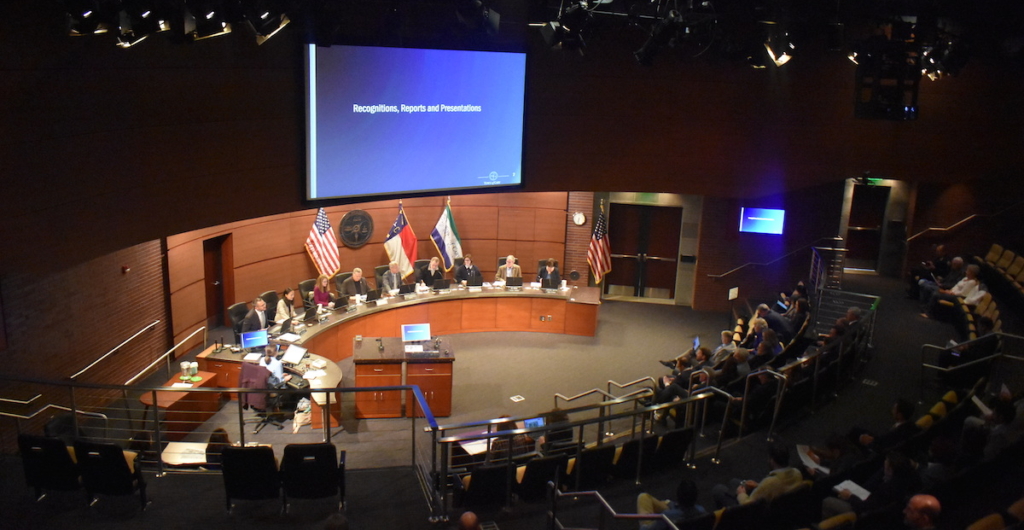 Monday my one-on-one meeting with the town manager included the town clerk and the town attorney. We discussed the opening of the Town Hall and other facilities to the public and how meetings should be held. Specifically, we discussed how future council meetings would be held.

Based on our conversation, we believe the public would be best served by continuing to allow call-in speakers in addition to in-person speakers.

My only other scheduled meeting for the week was the North Carolina Metro Mayors which was canceled since the legislature took a break.

4th of July at Koka Booth 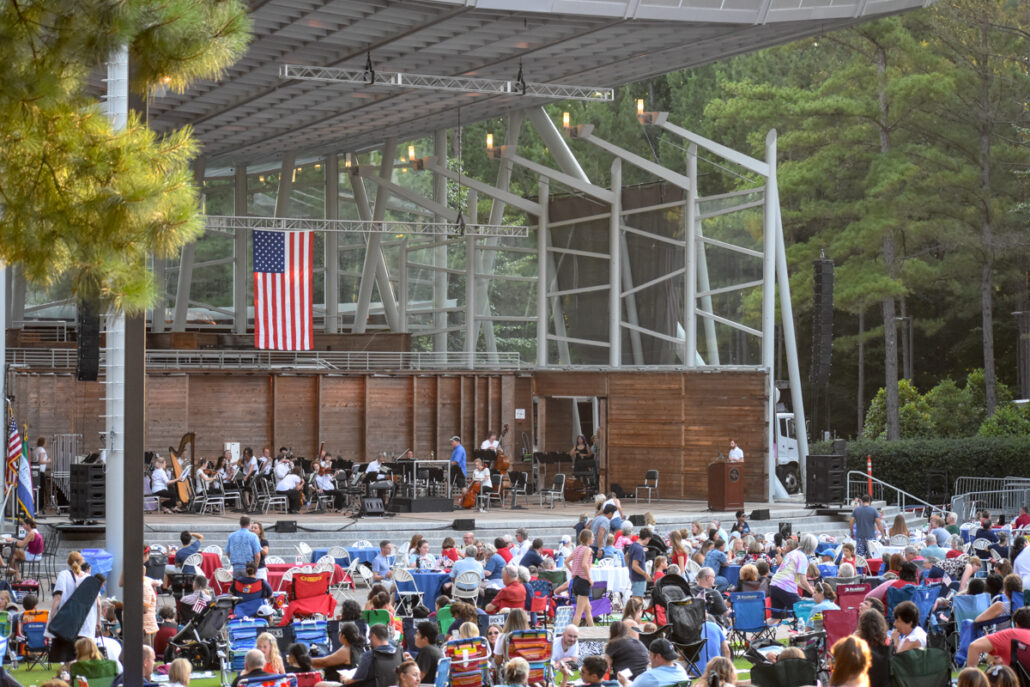 The Cary Town Band played patriotic songs and even some Rolling Stones starting at 5:30. After they finished all chairs and stage items were replaced for the NC Symphony as part of the COVID protocols. I provided welcome remarks just before the symphony began playing.

At the conclusion of the symphony, there was a 20-minute fireworks display. This year they were centered behind the stage and of course, they were spectacular. In fact, I believe it might have been the best I have seen. Like many, I enjoyed gathering for the first time in two years, seeing and hugging people I have missed.

It was an honor to stand on stage with each of you at last weekend’s official groundbreaking for Downtown Cary Park. Thank you for giving me the outstanding privilege of being a part of something so meaningful and iconic for Cary. I hope you take the time to watch this video that perfectly captures the special day.

Also, congratulations to our very own Council Member Jennifer Robinson on being featured in an article in Southern City Magazine. The article highlights her perspective on leadership as a way of life and her roles in leadership, including as a Cary Council Member and in her service as the NCLM Board of Directors President.

I hope everyone stays safe and enjoys the holiday weekend.

Cary was awarded $900,000 in federal funding to extend the stormwater modeling and stream sensor work in the Swift Creek Watershed. These funds are a result of an application submitted to and shepherded at the federal level by Congresswoman Deborah Ross.

Cary is currently in the final stages of dynamic modeling for the upper 3-square miles of Swift Creek Watershed. This grant will advance modeling on the remaining portion of Swift Creek, as well as fund sensors for the entire basin.

The real-time data derived from the sensors and gauges enhances stormwater planning, floodplain improvement prioritization, and contributes to Fiman, the state’s alert system.

Thanks to a collaborative effort between Cary and Wake County, rooms in the Cary Regional Library have been named after three individuals from Cary’s history: Ruth Cathey Fox, John William Meadows, and Walter Hines Page.

These individuals were selected to correspond with each room in a meaningful way. The Children’s Programming Room is named after Fox, who served as the first female principal of Briarcliff Elementary School during desegregation.

The Quiet Study is named after Meadows, a leader in Cary’s African American community who served as an educator and circuit preacher. Page’s name is associated with the Adult Programming Room, as he is known for serving as the United States ambassador to the United Kingdom and a partner of major book publisher Doubleday, Page & Company.

Library visitors will find brief biographies of these honorees on plaques outside of each room. Cary appreciates Wake County’s partnership and support in recognizing these individuals for their contributions to Cary’s history.

We found the following article to be particularly interesting this week and wanted to share with you for your reading pleasure: 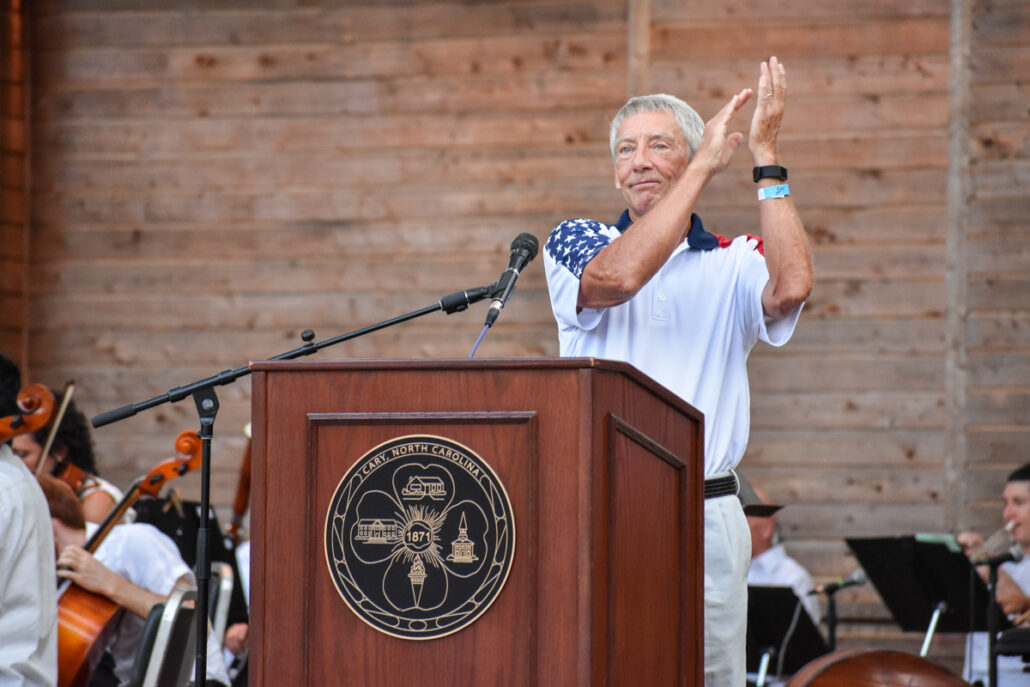 A moment of applause to honor the veterans and active duty service members in attendance at the Town of Cary Independence Day Celebration.

Staycation This Week & A Personal Announcement

Next week is a holiday week and a “staycation” week for me. So I have no activities on the calendar.

On a personal note, I am very proud to announce that I will be a grandfather! My daughter Cara, her husband Brandon, and their two dogs Bentley and Betsy will have a little boy join their family in January. While I have known about this since my birthday on June 2nd, I have had to keep it a secret which was extremely difficult for me to do. Now all I have to do is figure out what I want to be called by my grandson.

Well, that is all for this week. My next post will be on Sunday, July 4th.  Although I have Facebook and Twitter accounts those are not the best means of communication with me. Please send all Town of Cary questions or comments to Harold.Weinbrecht@townofcary.org and email personal comments to augustanat@mindspring.com.

July at the Cary Downtown Farmers Market
Scroll to top