Cary, NC — In 2017, we covered the campaign from Columbia Development that sought names from the community for what is now known as Fenton. Now the team behind this large eastern gateway project wants help in naming its main green space.

Background on the Project’s Green Spaces 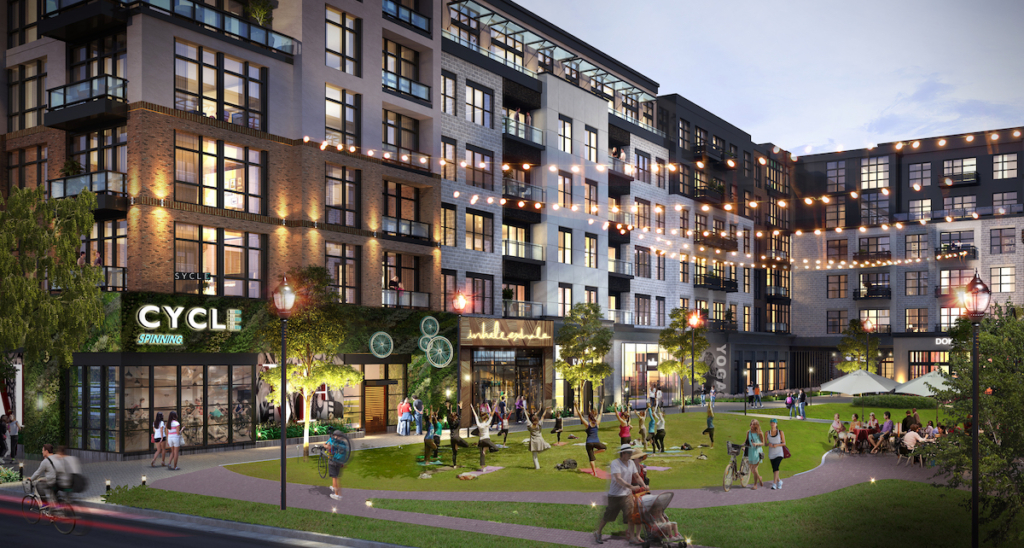 In Phase 1 of the Fenton buildout, there will be 4 designated gathering areas with more coming in future phases. Paul Zarian, Director of Hines, one of the project’s investors and developers, says each green space will offer something unique.

“Some will be more intimate with soft seating around fire pits or a specimen tree, and some will be public-facing with the ability to host large events,” said Zarian.

These and subsequent green spaces help achieve what Zarian calls the “pillars” of the project — community, walkability and connectivity. 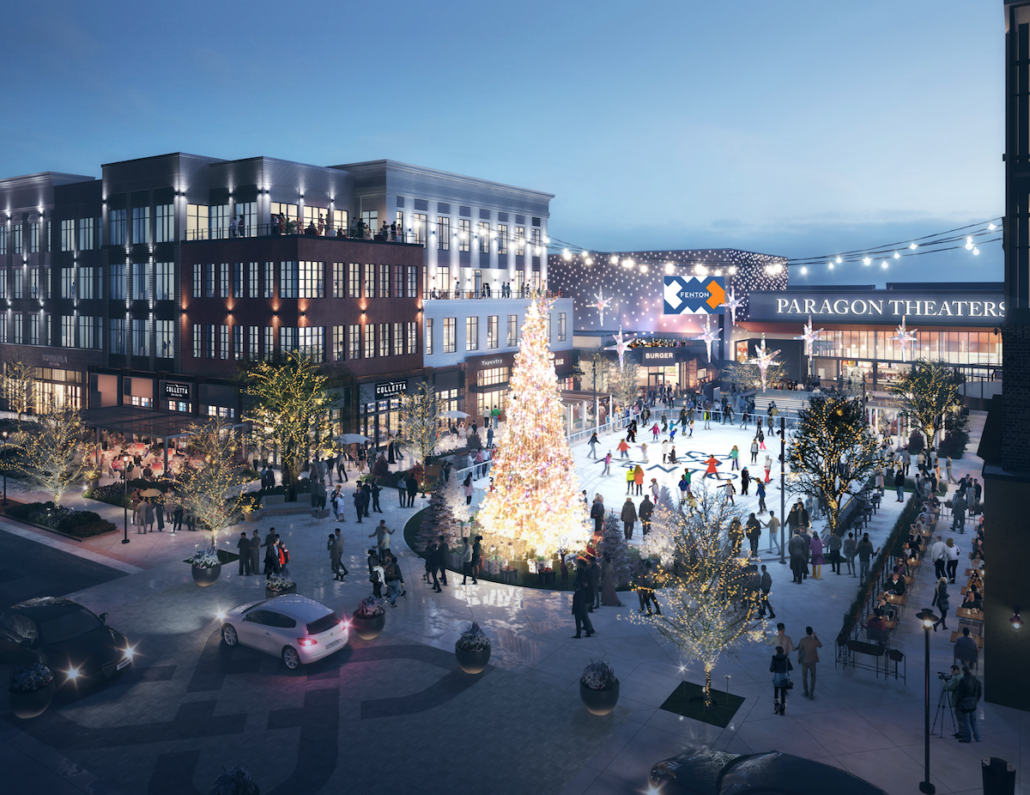 The gathering space the company is crowd-sourcing the name for is the main gathering space of the entire project. It is centrally located, surrounded by restaurants and shops, and situated between the pedestrian-focused Main Street and the site’s movie theater.

“This will be where the action occurs,” said Zarian. “The lawn will be the focal point, but we have also included a series of ‘outdoor rooms’ that overlook the lawn. It is meant to be a relaxed, casual, central gathering place where all are welcome.”

The team behind the design of the green space created it with the intent to accommodate large, programmed events from concerts to Christmas tree lightings and winter ice skating, yet still feel intimate for an outdoor yoga class and for kids to run around and play in the summer.

Submissions for name ideas are limitless and open to everyone. Though, we did ask Zarian if there’s any sort of guidance as to what the team might be looking for. He says it’s important to have a name for the space that is easily identifiable and also one that resonates with folks who live in this community.

To take your chance on naming this central green space at Fenton, check out their social media channels where the naming campaign will be open for suggestions from Monday, May 3, 2021 to Thursday, May 6, 2021 in the comment sections. The team will select finalists and the community will be able to make their votes for the winning name!

Take a closer look at the space in progress in the video below from Zarian.

Story by Ashley Kairis. Photos and video courtesy of Hines.

The Movies by Moonlight Experience at Koka Booth
Scroll to top