These decks of 24 cards showcase tidbits of Cary history and are now free to the public in several pick-up locations. 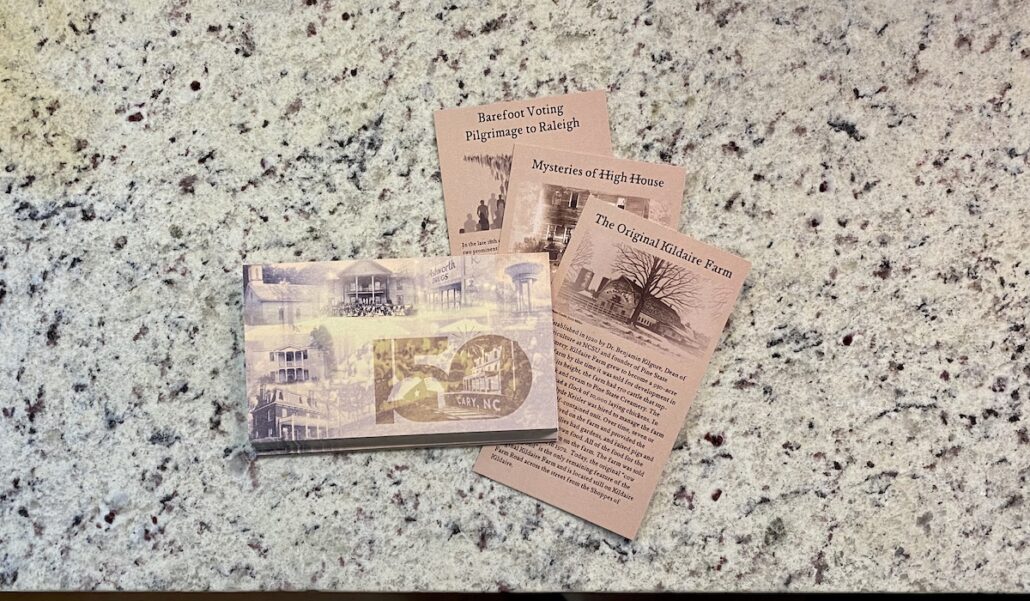 At the downtown print shop, International Minute Press, owner Neal Sugarman and his colleagues donated their time spent designing the cards, reaching 30-40 hours. Sugarman was approached by the Cary Players at the start of the year with the concept. With the help of research and photo contributions from the Friends of the Wage-Walker and writings from Dr. Katherine Loflin, the cards came together earlier this month.

Loflin is also the playwright of an original, crowd-sourced play under the production of the Cary Players to be presented this fall. In working together, Sugarman and Loflin came up with the concept of a deck of oversized cards — for residents to cherish as a keepsake and special addition to the celebrations of Cary’s 150th.

Each of the 24 unique cards in the deck features a common backing image, similar to a deck of playing cards, only bigger, that integrates the Town’s sesquicentennial logo into a historical collage of key places in Cary’s history. Several major landmarks are shown across the card from the Page-Walker Hotel established around 1868 all the way to today’s downtown icon, the fountain which was added in 2017.

On the opposite side, each card tells unique, humorous, or little-known stories that Cary has born witness to in its lifetime of 150 years. There’s the story of Cary’s first residents, the Tuscarora tribe, and the creation of Cary’s popular Lazy Daze Arts & Crafts Festival. Can’t forget to mention the more bizarre stories like when residents walked barefoot to Raleigh to vote or when all the Cary town leaders quit their jobs in the 1930s.

Whether you’re in it for the outlandish, yet true, stories of Cary or the neat commemorative 150th logos, here are the spots where you can pick up your own deck. 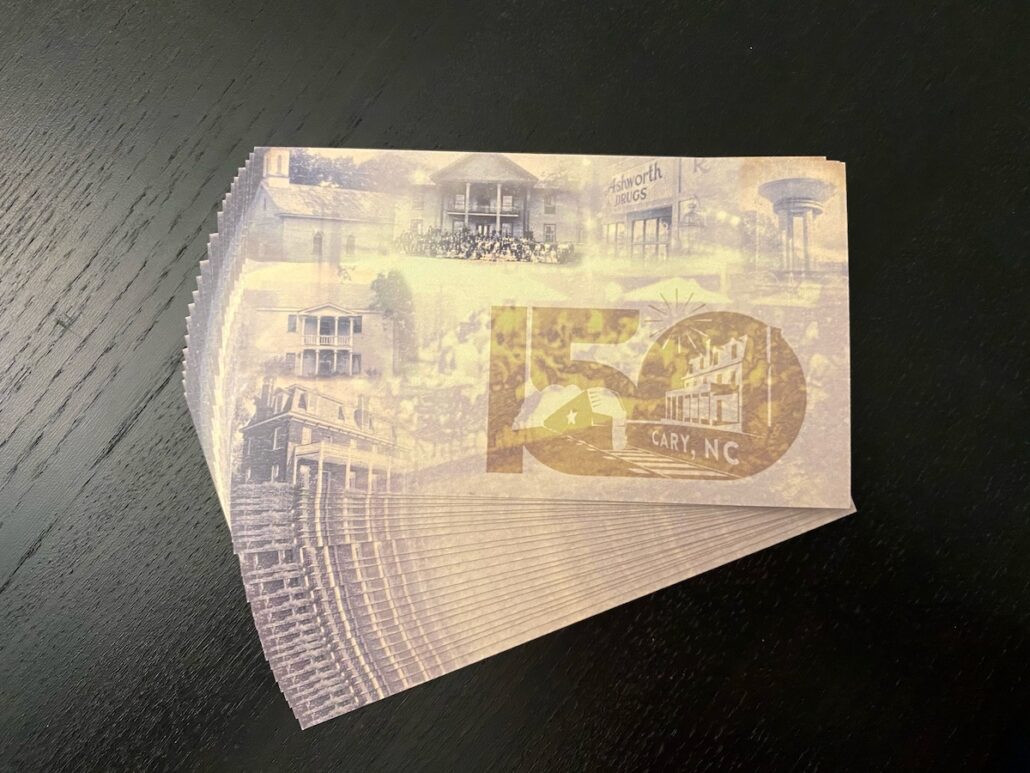 To collect all 24 cards, you must visit the various locations.