Cary, NC — In celebration of Cary’s sesquicentennial, which is fancy talk for 150th birthday, CaryCitizen is creating monthly lookbacks through time to share some of the most important moments, places and people that have shaped this town.

In our last piece, we covered how Cary got its name and now we’re exploring a few of the stories that came and went through Cary’s railroad junction.

The year 1854 was a big turning point for the area with the arrival of two very important things — Cary’s founder, Allison Francis (Frank) Page and the state-owned North Carolina Railroad. This is the northernmost track today. At the time, the area’s fairly flat and dry topography made it the chosen route for the tracks, largely built by slave labor, that connected Goldsboro and Charlotte.

Initially, there was no station in Cary at all. One was built in nearby Morrisville, but the train would stop for passengers in Cary if signaled.

Later, a second railroad called “The Chatham” reached the town in 1868, just 3 years before its incorporation. 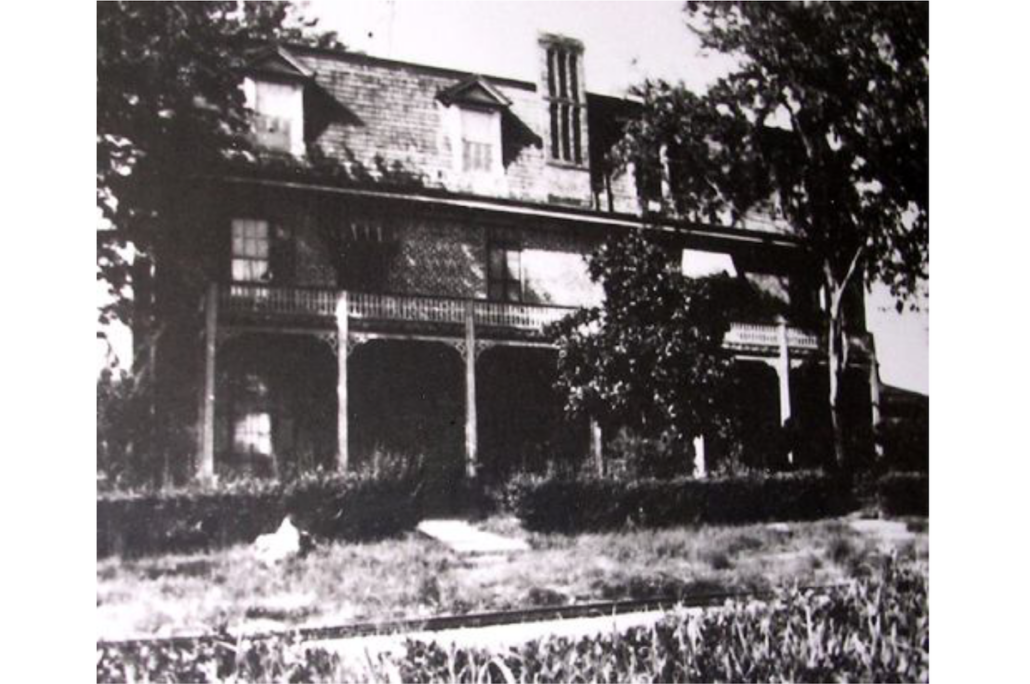 This historic photo (ca. 1914) of the Page-Walker Hotel depicts its original design and two-story porch on the main facade.

In 1868, a second railroad, the Chatham had its tracks laid in Cary. This new railroad ran from Raleigh to the coalfields of Chatham County. Regular railroad passenger service began in Cary in late 1867, and by 1871, the year the town was incorporated, the Chatham Railroad owned a warehouse with a passenger waiting room.

This junction in Cary of two rail lines proved to play an integral role in Cary’s growth and meant even more train passengers in need of a night’s stay and a good meal. So, around 1869, Frank Page and his wife Kate bought up 300 acres on both sides of the tracks for $2,000. Amongst his business ventures in the area, Page constructed a hotel near the railroad, now known as the Page-Walker Arts & History Center to accommodate the various travelers.

In those days, it was very unique to see a building like the Page-Walker, out in the country but also built in the elegant French 2nd Empire style. After the end of the Civil War and the completion of the railroad junction, Cary experienced its first boom during the 1870s with a recorded population of just 316 people in 1880.

Frank Page, the founder of Cary, and his family home.

Another way that these railroads show to be a big part of Cary’s humble beginnings is that their junction, at the very start of the town’s history, marked its true center point.

On the day of its incorporation, April 3, 1871, the physical boundaries of the town were set at one square mile, as measured from the Chatham Railroad warehouse.

Soldiers Passing Through During WWI

It was the year 1917 when United States declared war on Germany during World War I. On its 100th anniversary, in 2017, CaryCitizen columnist Peggy Van Scoyoc shared the stories of three residents who had been previously interviewed about experiencing that wartime while living in Cary.

Esther Ivey, born in 1890 was in her twenties at the start of the war and recounted the role the train tracks had in those days.

“I remember during World War I, the trains were always going through Cary with soldiers. We went down to the corner to watch our boys go off to service. Then we always hung around to wave at them as they were going off,” said Ivey.

She went on to say the tradition was to ring the church bell in downtown each day for five minutes at the strike of noon. At the sound of the bells, Ivey said people were supposed to stop and pray during that five minutes, no matter where they were.

“That was for the service boys,” she said.

Additionally, in this time period of the early 20th century, the train was utilized by daily passengers. Particularly popular were the daily passenger trains to Raleigh on both railroads that Cary residents utilized to shop for items that could not be purchased in Cary. 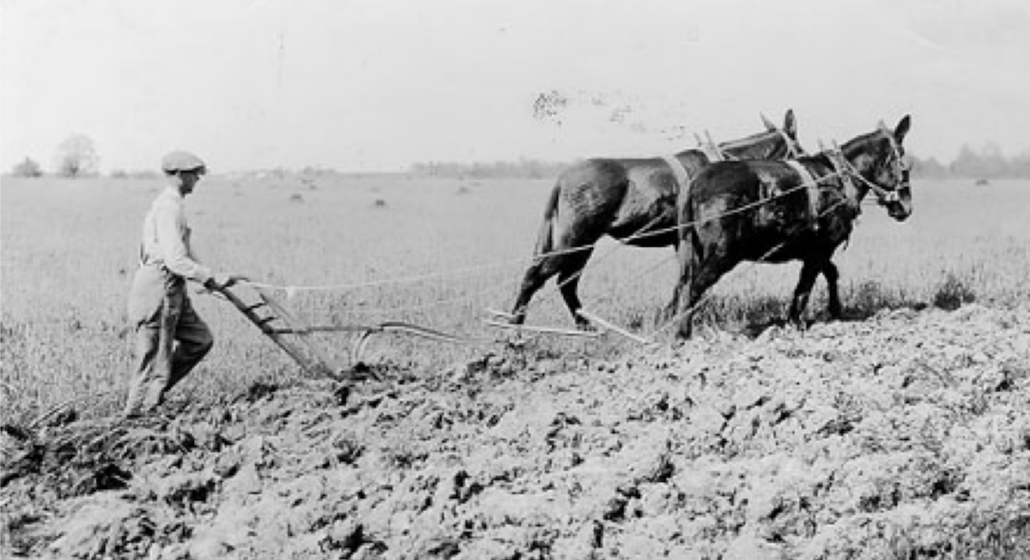 A Wake County farmer plowing fields in the 1930s.

Like elsewhere in the United States, the Depression hit Cary hard. This included these ceasing of service to the Durham and Southern Railroad that was built in the late 1800s to connect Apex and Durham. In northwest Cary, in what’s now known as Carpenter Village, passenger and freight depots were added around 1910 as a stopping point.

With the sweeping effects of the depression, the Bank of Cary failed in 1931 and the town was bankrupt due to poor management and bookkeeping by October 1932. Cary went through four mayors in two years during the mid-1930s, and in 1937 the mayor, town clerk, and police chief all resigned.

Rail service ceased during the Depression and, coupled with the advances of steam engine technology, the Durham and Southern operations in Carpenter became unnecessary. The railroad discontinued service to Carpenter during the 1930s and 1940s, and the depot was demolished soon after.

In the growing advancement of transportation, the construction of Raleigh-Durham International Airport began in 1941, initially built by the United States Army for uses in their war efforts.

As for downtown Cary, the old train depot was not torn down until the 1970s and was later replaced in 1996 with the current Cary Station at 211 N. Academy Street. To see more about the railways and current train operations in Cary, visit the Amtrak Station website.

Sources include Cary Historic Preservation Master Plan, the Downtown Cary Walking Tour, Just a Horse-Stopping Place, an Oral History of Cary, North Carolina by Peggy Van Scoyoc and historical summaries from the Friends of the Page-Walker.

Photos courtesy of the Friends of the Page-Walker and North Carolina State Archives.