Cary, NC — How did Cary become a town? Why was “Cary” the chosen name?

The answer requires a trip back in time to 1871.

In celebration of Cary’s sesquicentennial, which is fancy talk for 150th birthday, CaryCitizen will be taking a monthly look back through time to share some of the most important moments, places and people that have shaped this town. There’s no better starter than Mr. Frank Page.

Frank Page and his family home.

In the mid-1800s, incorporating was the thing to be doing in the fastly-growing region we now call the Triangle.

In a recent council meeting presentation by Ed Yerha, he said just 200 people lived in Cary around the time it was incorporated on April 3, 1871.

Frank Page and his wife Kate raised 8 children in their home that once stood where the Cary Town Hall campus is now. Their homestead was preserved for over 100 years until 1970 when it was destroyed by fire. When the Pages moved here, they purchased 300 acres where Frank started up a lumber mill.

He encouraged friends in Raleigh to move to the area, helped build houses using his lumber, opened a dry goods store, and even helped organize Cary’s First United Methodist Church that is also celebrating 150 years in 2021.

Most folks back in this time, if in the position to incorporate a town, would name it after themselves. But we aren’t living in Page, North Carolina, are we?

The Man Who Inspired the Name 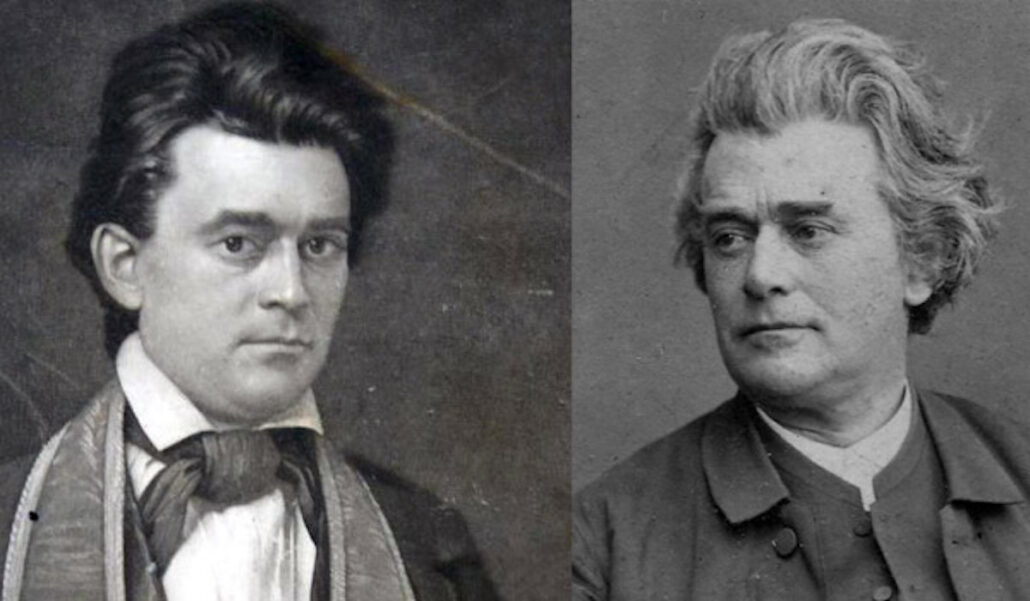 At the time of incorporation, the Temperance Movement was in full swing around the United States with a mission to prohibit alcoholic beverages. Frank Page was an avid supporter of this movement and looked up to a national leader of this movement named Samuel Fenton Cary.

Mr. Cary was a former congressman from Ohio and went on to be a candidate for Vice President. He traveled around the country by train to make speeches and push the movement forward. In February of 1871, less than 2 months before the incorporation of our Town, Samual visited Raleigh.

Frank Page was inspired and Cary would become the name of his new town. But, not so fast. The state government was in disarray, transitioning through the impeachment of its then Governor, William Holden. Hardly any business got done at that time, including the processing of Cary’s incorporation. 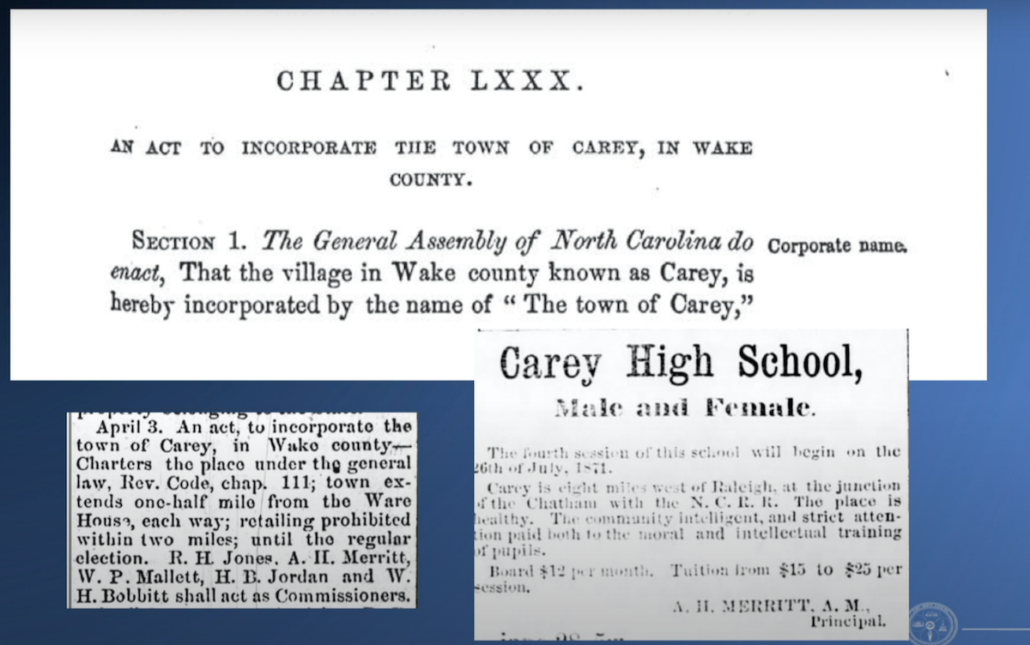 When Frank Page got the official paperwork back after a long wait, “Carey” was printed on maps, signs, newspapers and even “Carey High School” made headlines back then. Page was not happy but later got it fixed.

See the full video presentation from councilmember Ed Yerha on Cary’s incorporation and keep an eye out for more Cary history moments throughout this very special year.

Photos courtesy of the CaryCitizen Archive and the Town of Cary.

Paragon to Replace Cinébistro as Movie Theater at Fenton