Cary, NC — This week the council was supposed to present their legislative agenda to the Wake legislative delegation, but due to weather concerns, couldn’t. 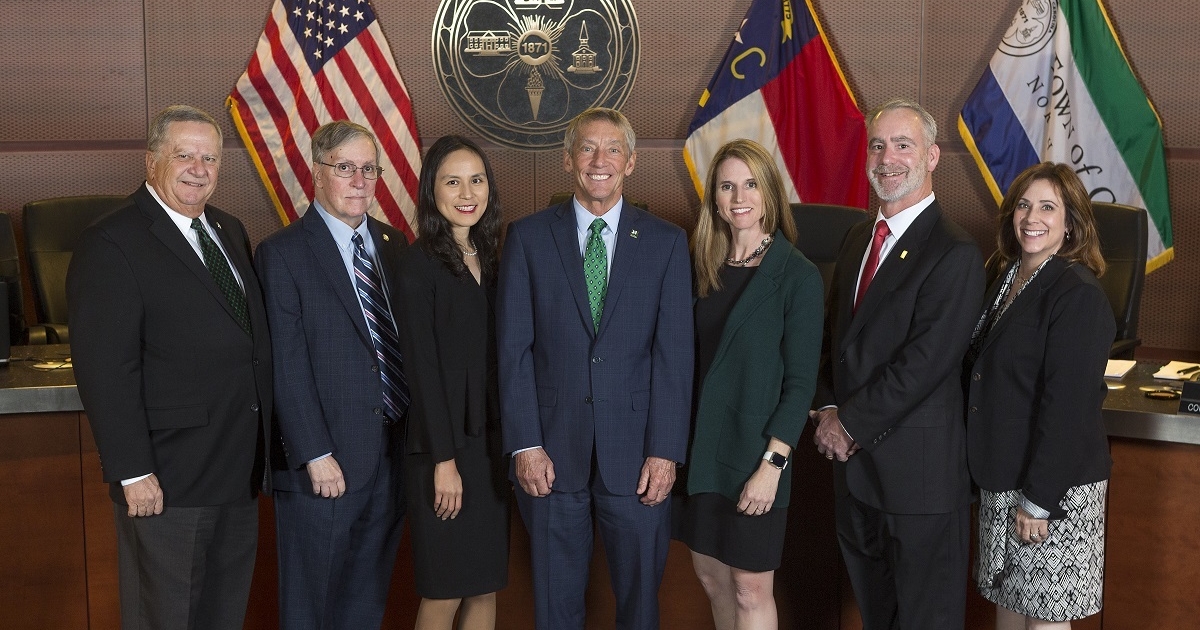 Monday started with a quick one-on-one meeting with the town manager. We talked about topics in the quarterly meeting from the week before and about a potential staff-council retreat later in the year.

Wednesday I participated in a virtual meeting of the Capital Area Metropolitan Planning Organization’s Executive Board. The meeting included public hearings for an update to the Wake County Transit Plan and an amendment to the Fiscal years 2020-2029 Transportation Improvement Program.

Regular agenda items included the draft fiscal year 2022 Wake Transit Work Plan and a CAMPO projects and programs funding update. There were no decisions made by the Executive Board since all items were information only.

Thursday the council was forced to cancel their scheduled meeting with the Wake legislative delegation due to the threat of stormy weather and tornadoes. Fortunately for Cary, that weather did not happen.

Friday I participated virtually in a meeting of the North Carolina Metro Mayors. Here is a summary of that meeting from the Executive Director:

The General Assembly remains relatively quiet.  The legislature is still in a slow start-up mode with bills being filed.  Appropriations committees are still receiving educational sessions from staff and agencies.  Bill filing deadlines for the House and Senate are attached.

State use of ARP funds

The meeting concluded after 30 minutes.

Saturday a vigil was organized by council member Ya to bring awareness of Asian hate crimes which has dramatically increased during the last year.

Due to my COVID-19 restrictions of not attending gatherings until 2 weeks after I am fully vaccinated, I was unable to attend. Here is an excerpt from what I sent to council member Ya:

“… I can’t tell you how much my heart aches for you and all the Asian-Americans after the recent violence in Atlanta and around other places in the nation. … please know that I care and feel for you and all our Asian-American citizens. You are all valued, respected, and loved in Cary. We will not tolerate discrimination or violence of any kind and that you can depend on. Please send my love and admiration to all those that attend the vigil tonight. Let them know that through love we can defeat the evil monster of racism. And that the Town of Cary stands with them.” 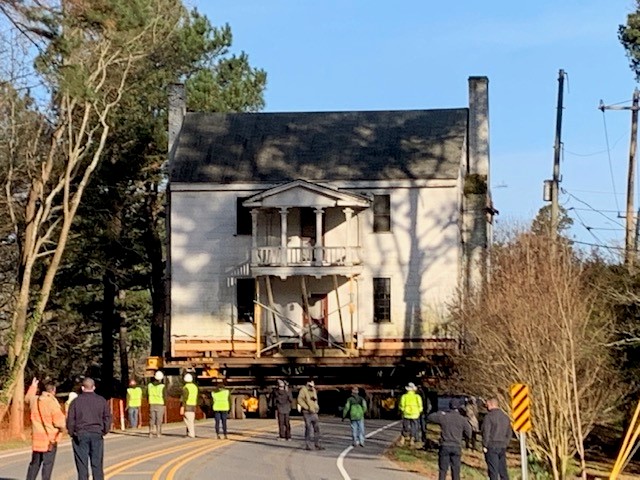 Tomorrow, March 20 is moving day! The historic Nancy Jones House will be relocated from 9391 Chapel Hill Rd. to 9321 Chapel Hill Rd. The house will be placed on cribbing at the new site until the foundation is complete. I would like to give special thanks to Historic Preservation Planner Gillian White and numerous other employees from across the organization who have worked incredibly hard to preserve such an important part of Cary’s history.

This letter to David Ellis, Wake County Manager, offering to purchase two acres of property directly adjacent to Town-owned land on Maynard Road. As previously discussed with the Council, this project allows for the development of affordable transit-orientated housing on this corridor, which the Council would be asked to formally consider at a later date. Thank you to Councilmember Lori Bush who has shepherded this project for the past several years.  If you have any questions, please contact Lori, Danna Widmar, or me. Thank you.

Cary’s new Transportation Working Group held its kick-off meeting on Tuesday, March 16. The meeting focused on sharing why the group was formed, introductions of staff and participants, and a discussion on potential topics for future meetings. The group is working to confirm a monthly meeting date as it embarks on its mission to support enhanced mobility in Cary.

As a follow-up to the public safety presentation during the Quarterly, NCDHHS has updated the COVID County Alert report. Wake County and Chatham County are now yellow, indicating significant community spread. The Wake County rating is based on a case rate of 234 per 100,000 population, percent positive test rate of 4.5%, and low hospital impacts. The case rate is similar to what was reported during the Quarterly, but testing percent positives and hospital impacts are lower, thereby changing the color status. Chatham County’s color code did not change. The March 18th report summarizes statewide county data and offers recommended guidance for individuals, businesses and community organizations, and public officials.

This week, Cary celebrated Sunshine Week, a national initiative designed to open dialogue about the importance of open government and freedom of information. This includes the public’s right to attend meetings and access documents deemed a “public record”. Staff outreach included educational games and interactions on Chatter such as bingo, trivia, a word search, and sharing photos of what makes their life brighter. Members of our boards and commissions were also invited to play an educational game of Sunshine Bingo.

No Tree Left Behind 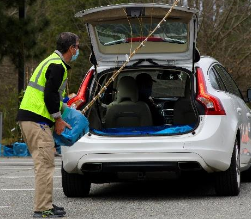 Using a contactless process, citizens picked up their reserved tree through the My Tree, Our Tree program at the Operations Center last Saturday. A total of 150 sycamore, silverbell, and sweet bay magnolias now have a new home in Cary.

A major milestone in the Crossroads Interconnection Project was completed this week. Contractors working for Cary removed a failing valve located in Tryon Road. The valve previously provided separation between Cary and Raleigh’s water systems. Eliminating this connection point where no meter existed helps pave the way for a fully functional water system interconnection located on Jones Franklin Road scheduled to be completed in spring 2022.

NCDOT informed Cary that preliminary engineering work on the Crossroads Junction project (I-5701 & I-5703) has restarted after being on hold approximately a year. These two projects will improve safety and traffic flow along I-40 and through the highway-to-highway interchange (see project map).

Due to their proximity, both projects are being designed and built-in conjunction. Staff will continue to work with NCDOT as this project will have significant impact on the street network around the Crossroads area. To meet Federal Highway Administration (FHWA) standards and improve safety along the highways, the US 1/64 eastbound Walnut Street ramps are proposed to be relocated to Piney Plains Road and the on-ramp from the Crossroads mall to US 1/64 eastbound will be removed. NCDOT is producing a traffic analysis to understand the impacts to the local streets. Staff is awaiting the completion of this analysis.

I-5703 project: This project will reconstruct the existing highway-to-highway interchange. Nearby ramps may also be impacted due to their proximity and the need to meet federal safety standards.

During the Covid period from March 2020 through February 2021, Oasis has assisted 124 households with utility payments totaling $33,371, and currently, there are 719 accounts that are under payment plans.

Emails from citizens this week included the following:

Next week’s activities include a taping for Cary150, staff meetings, a taping for Fenton marketing, a regularly scheduled council meeting, and a meeting of the North Carolina Metro Mayors.

Well, that is all for this week. My next post will be on Sunday, March 28th.  Although I have Facebook and Twitter accounts those are not the best means of communication with me. Please send all Town of Cary questions or comments to Harold.Weinbrecht@townofcary.org and email personal comments to augustanat@mindspring.com.

From the blog of Cary Mayor Harold Weinbrecht. Vigil photo by Dennis Midkiff. Other images courtesy of Town of Cary.