The first pop-up event of the Glow series “Astro-Botanicals” was at the old Cary Library site in late November. Following these artworks, a few more attractions popped-up in December (not related to Glow) in the form of animal-themed Chinese Lanterns to commemorate the NC Chinese Lantern Festival.

Where to Find the Mural Wall 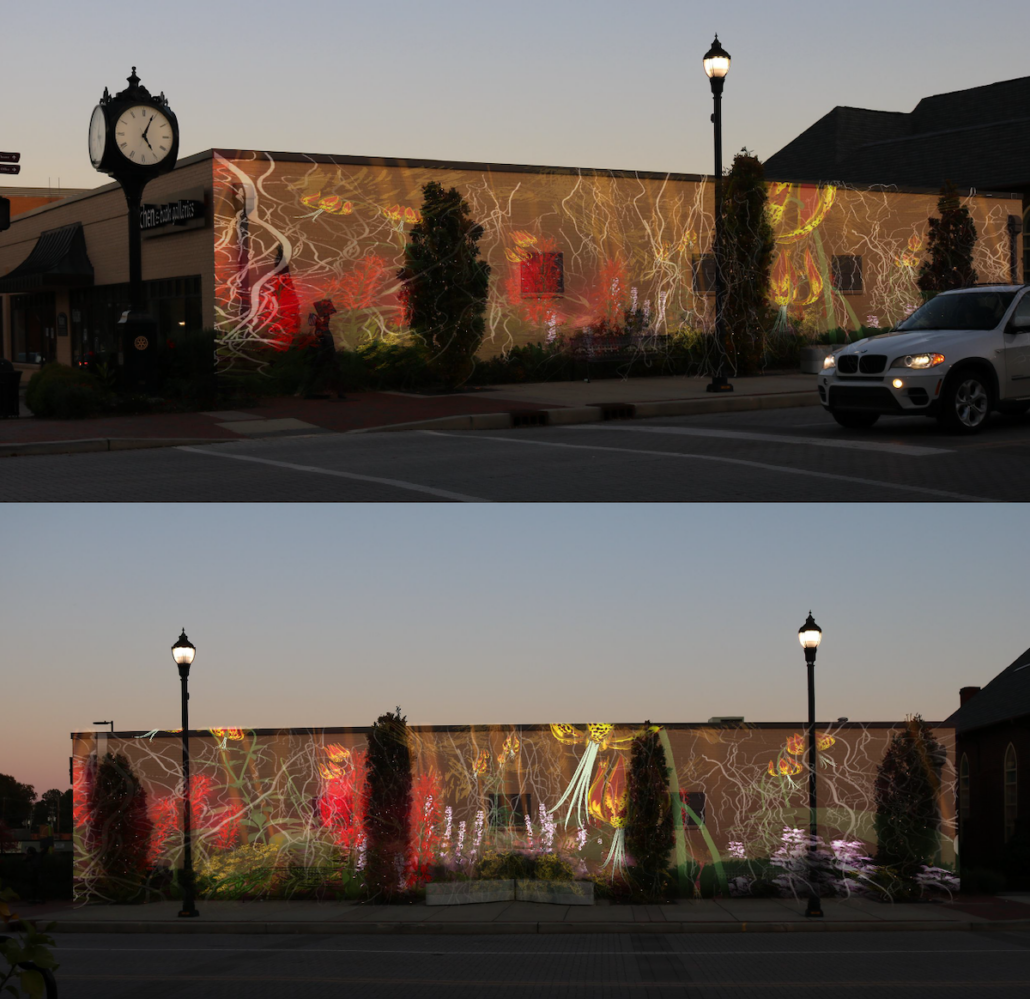 Now, the latest installment of Glow is an animated virtual reality mural called, “Unseen Nature.” The VR mural started up on Monday, January 11, 2021, and will continue to be viewable by car or sidewalk after sundown. Just as the other Glow exhibits, this will be temporary with no specific end date.

The mural is projected onto the exterior wall of Kitchen & Bath Galleries in downtown Cary, at the corner of N. Academy Street and Chatham Street.

What is a Virtual Reality Mural?

The images that make up the Unseen Nature exhibit are described as “an animated journey into an energetic realm of flowers found in North Carolina.”

The dynamic mural display is made up of hand paintings using virtual reality technology and is displayed in a video-like format. The mural also comes with an accompanying soundtrack by Donovan Moran available online.

For the full effect, Academy Street Artwork Projects and Cary Visual Arts invite the public to come see the show at a social distance with masks in Downtown Cary. Though, if leaving home is not possible, take a look at the full mural video below from artist, Rhett Hissam.

The Story Behind Unseen Nature

The goal of this mural, according to the Town of Cary, is to utilize the power of new media to bring light and beauty to this outdoor public space in downtown Cary. The content chosen for this installation taps into the knowledge and love of local NC flowering plants, inspiring an affinity for nature in an urban setting and beyond.

The official project summary from the Town of Cary sums up the story of the artwork like this:

“Since the beginning, plants have been here to aid us. If we take the time to be still, listen, and see with all of our senses – we too can access this knowing. This story invites you to take a moment and view the often overlooked yet boundless beauty of our surroundings.”

About the Artist: Rhett Hissam 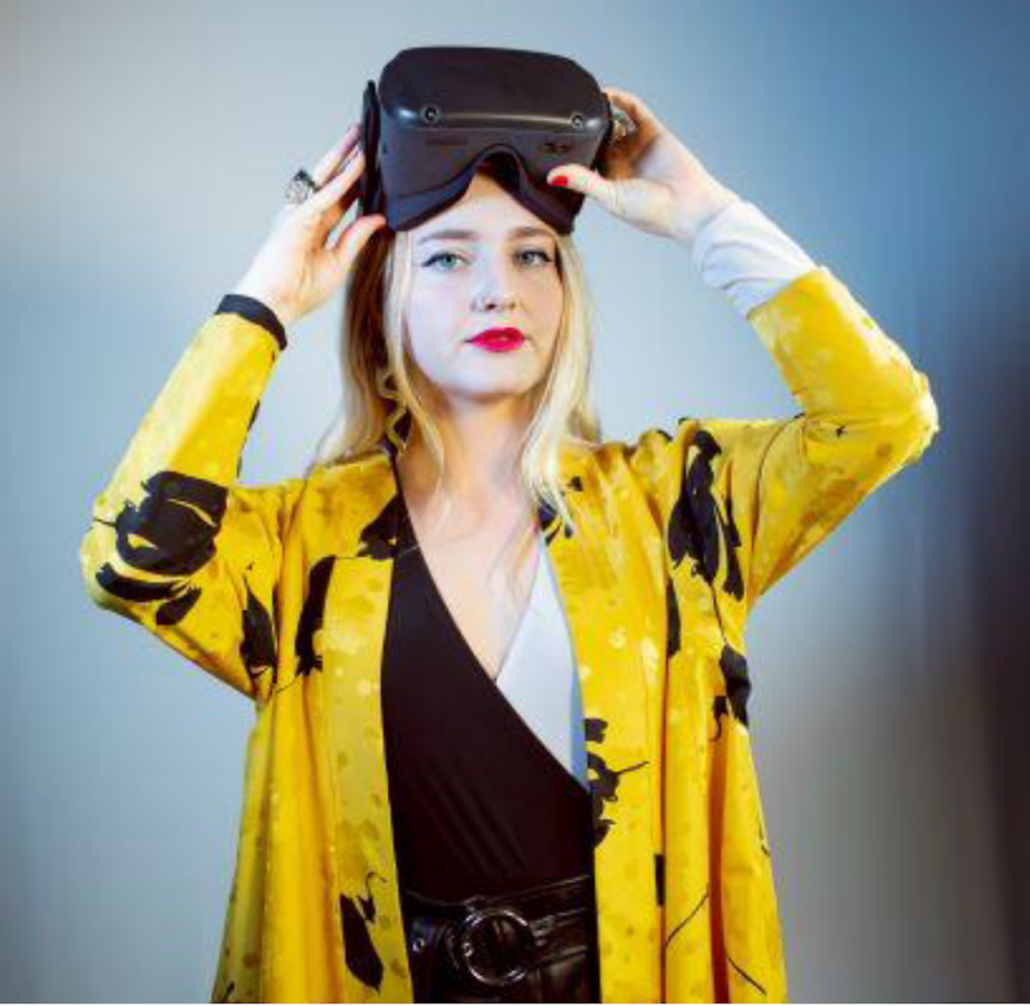 Rhett Hissam is an artist and designer currently exploring the emerging media of virtual reality. Themes of human connection, nature, and technology thread together her breadth of work across mediums.

Heavily driven by the concepts of universal beauty, Rhett strives to create work that sparks contemplation and inner thought. Her 3D creations have been featured through live VR painting performances hosted by entities such as the North Carolina Museum of Art and Imurj Artist Cafe.

Story by Ashley Kairis. Photos courtesy of the Town of Cary and Cary Visual Arts.