Cary, NC — This week downtown Cary has a bit more color to it thanks to the pop-up artwork of Julia Gartrell and fabric craftsmanship of Stanton Clark. 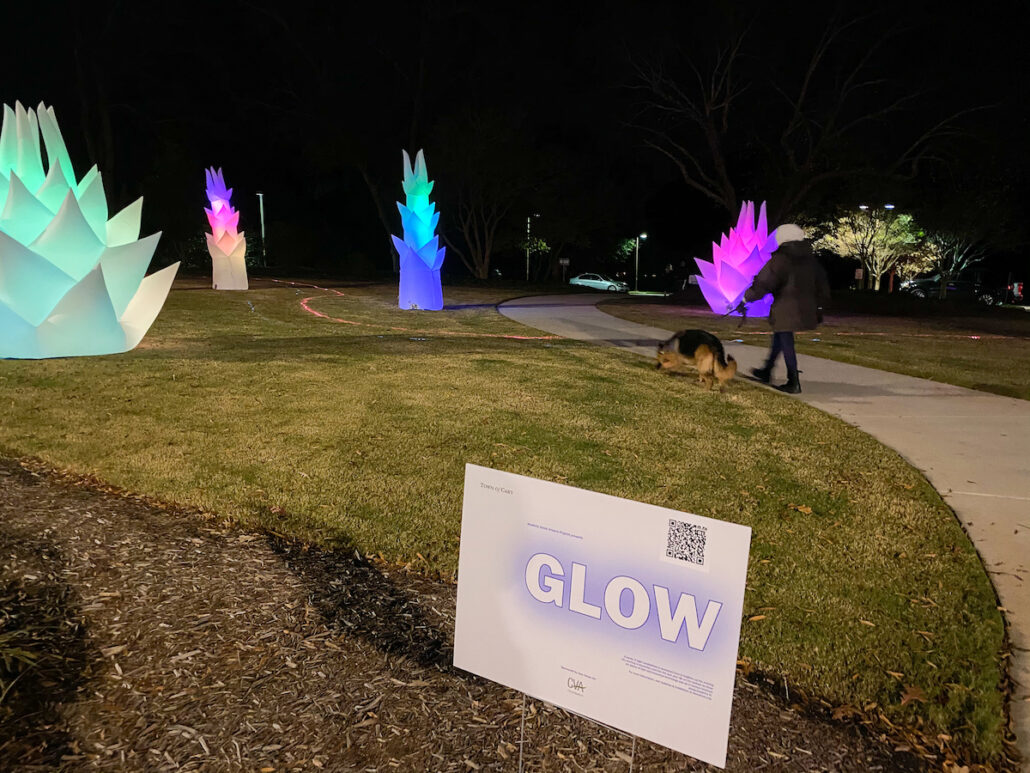 Several families, couples and even fur babies came out to see the exhibit on Wednesday night.

The inflatable, lit-up, botanical style sculptures located in the grassy area where the old library was, are the first in a series of pop-up, outdoor art installations called “Glow.”

Presented by Academy Street Artwork Projects and sponsored by Cary Visual Arts, the displays were thought up well before COVID-19 became part of everyday life. The requests for artists’ proposals were made in 2019 with a plan to do a series of light and technology projects up and down Academy Street.

The “Astro Botanicals” artwork was first set up on Monday this week but was deflated on Tuesday due to high winds that could’ve damaged them. Since then, they have remained lit and inflated and will remain that way until the installation is finished.

“When will that be?” you may ask… well that’s the thing. This project is all about keeping the essence and mystique of a pop-up event alive. The display of art is there for today and could be gone tomorrow.

As far as timing, the sculptures will be always be lit up as long as they are inflated since the LED lighting is built into the motors. The only thing that shuts off each night around 10 PM is the LED rope lights that create a one-way walking path through the displays each night.

It’s All About Joy 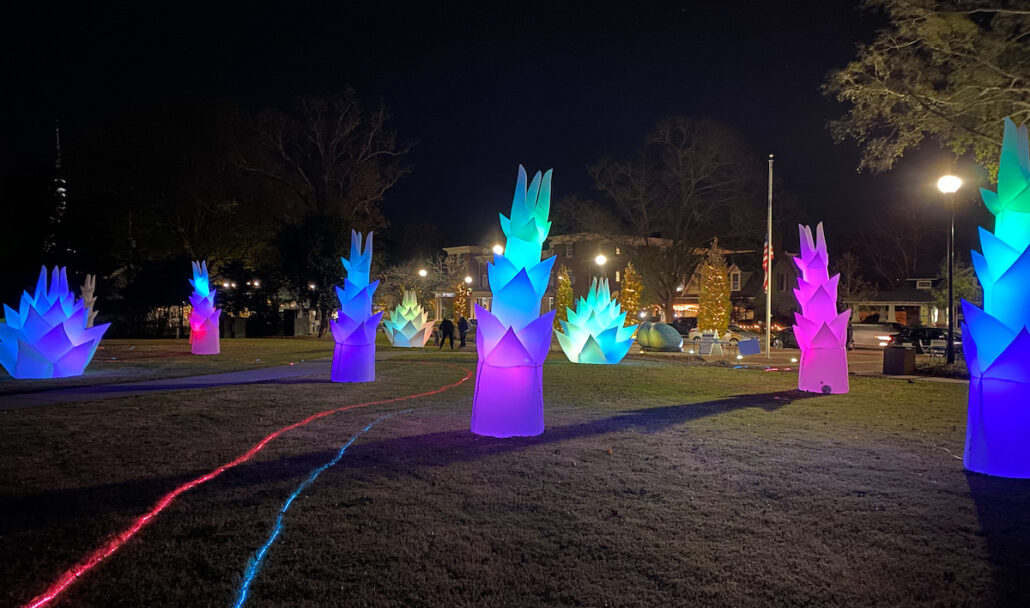 When talking about these displays with Denise Dickens, Cary’s Public Art Supervisor & Curator of Exhibitions, she said the main thing with this display and future ones is to bring about some joy and reintroduce art in Cary without causing crowds. In fact, if crowding does happen, Dickens said installations may be removed early to prevent future gatherings.

As the installation was up for its first night, Dickens watched for a few moments to see what the reactions would be of people experiencing it. During that time, she saw people walk through the displays and children run around them with smiling faces.

“It truly was heartwarming to see that,” said Dickens. “I think people are hungry for uplifting things right now.”

A handful of other pop-up events are in the works for the “Glow” series. These will randomly show up and disappear throughout the remainder of 2020 and into 2021.