Cary, NC — I was a bit dumbfounded when I saw huge safari-like animals as I walked down Academy Street late last week in Downtown Cary.

“Are those… tigers?” I said to a friend I was talking with.

I suppose my shock was mostly because I moved to Cary in February and I’ve never seen the stylings and flair of the NC Chinese Lantern Festival that’s usually held each year at this time at Koka Booth Amphitheatre.

Last year the festival attracted over 121,000 people — hence why the Town of Cary’s Parks, Recreation and Cultural Resources Department had to pull the plug on the large gathering for 2020. But, that didn’t stop them from finding a way to bring back the same joy and wonder from the event on a smaller, safer scale.

Taking a Slice of the Festival Downtown 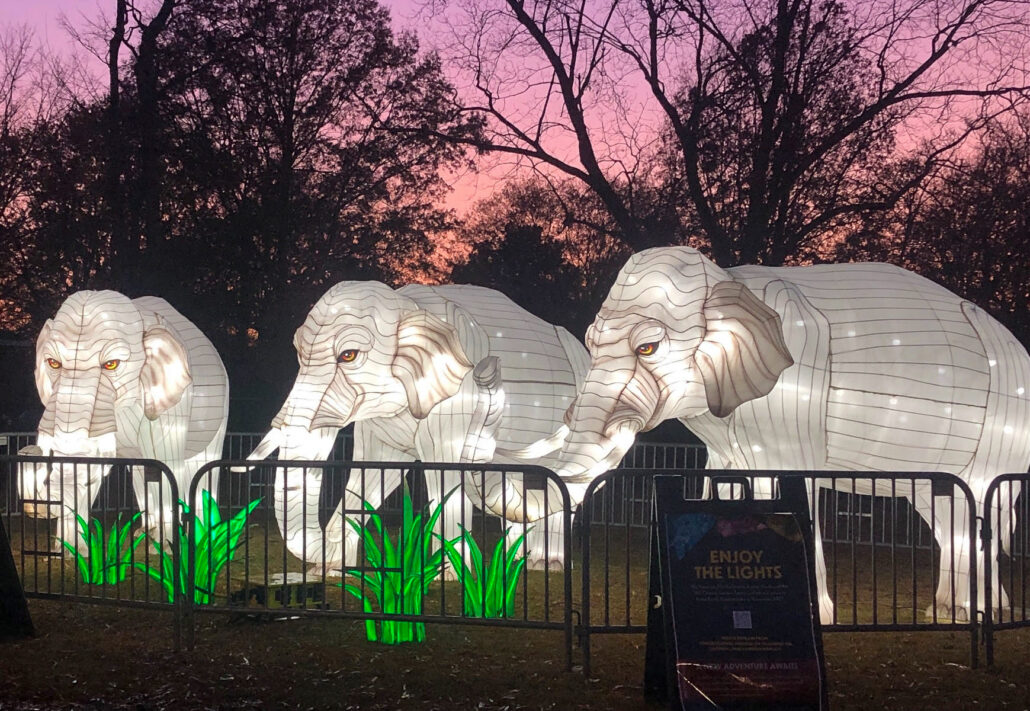 Cary’s Cultural Arts Manager, Willam Lewis took a moment to share the backstory behind the Chinese lanterns in downtown and how long they will be around.

“This year would have been the sixth year of the festival in partnership with an organization called Tianyu Art & Culture to showcase Chinese culture,” said Lewis. The large lanterns are always handcrafted in China, some including hundreds of parts and thousands of LED lights, and shipped to Cary for the festival.

The event has become one of Cary’s largest events and also a cherished holiday tradition for many who come back each year to see the different lanterns. Thanks to an interesting collaboration between Cary, Tianyu, and the Cleveland Zoo, Cary has 7 displays of Chinese lanterns placed throughout Downtown Cary to commemorate the event and provide some fun photo ops for Cary residents.

The lanterns will remain on display and lit up in the evenings until January 10. 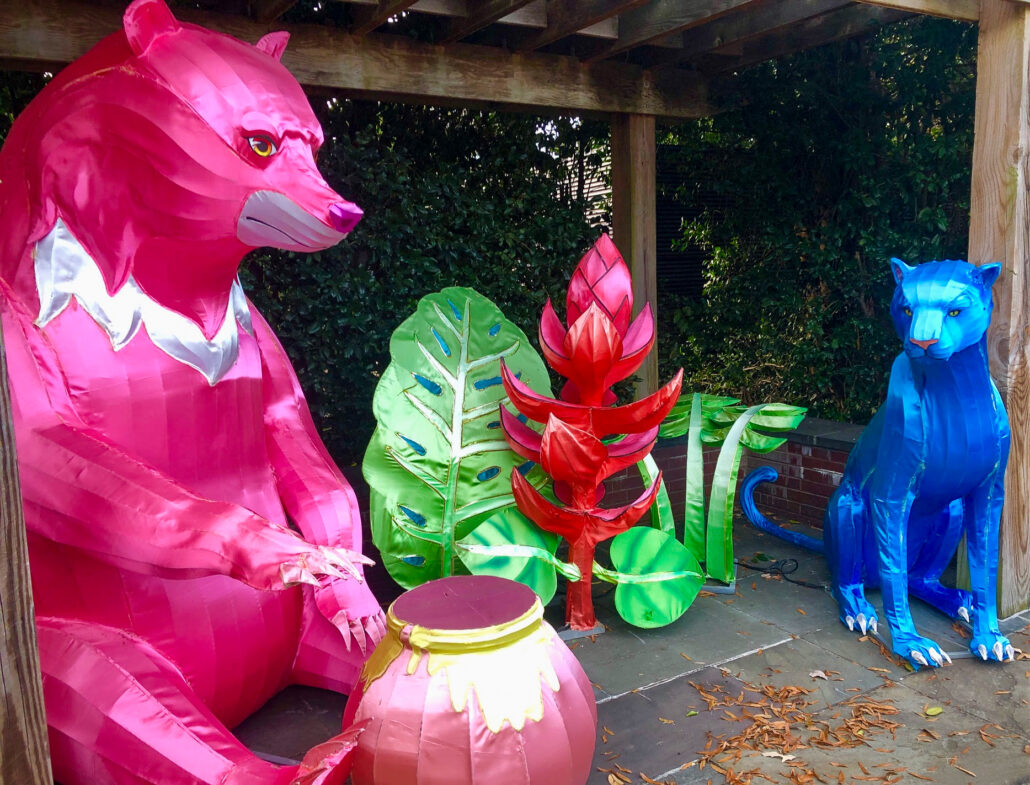 “How did the lanterns get there and why the animal theme?” you may ask. Well, it’s a pretty neat story.

Before officially canceling the festival in mid-October, the Town of Cary was in conversations with Tianyu to find if there was a way to rent a few lanterns to display in downtown.

“They kindly offered these specific displays, partly because they were already in the United States,” said Lewis.

These displays came to Cary on loan from the Cleveland Zoo which had held their own Chinese Lantern Festival in the early part of 2020, and the theme, of course, was the animals featured at the zoo.

Challenges of Facilitating Art in a Pandemic 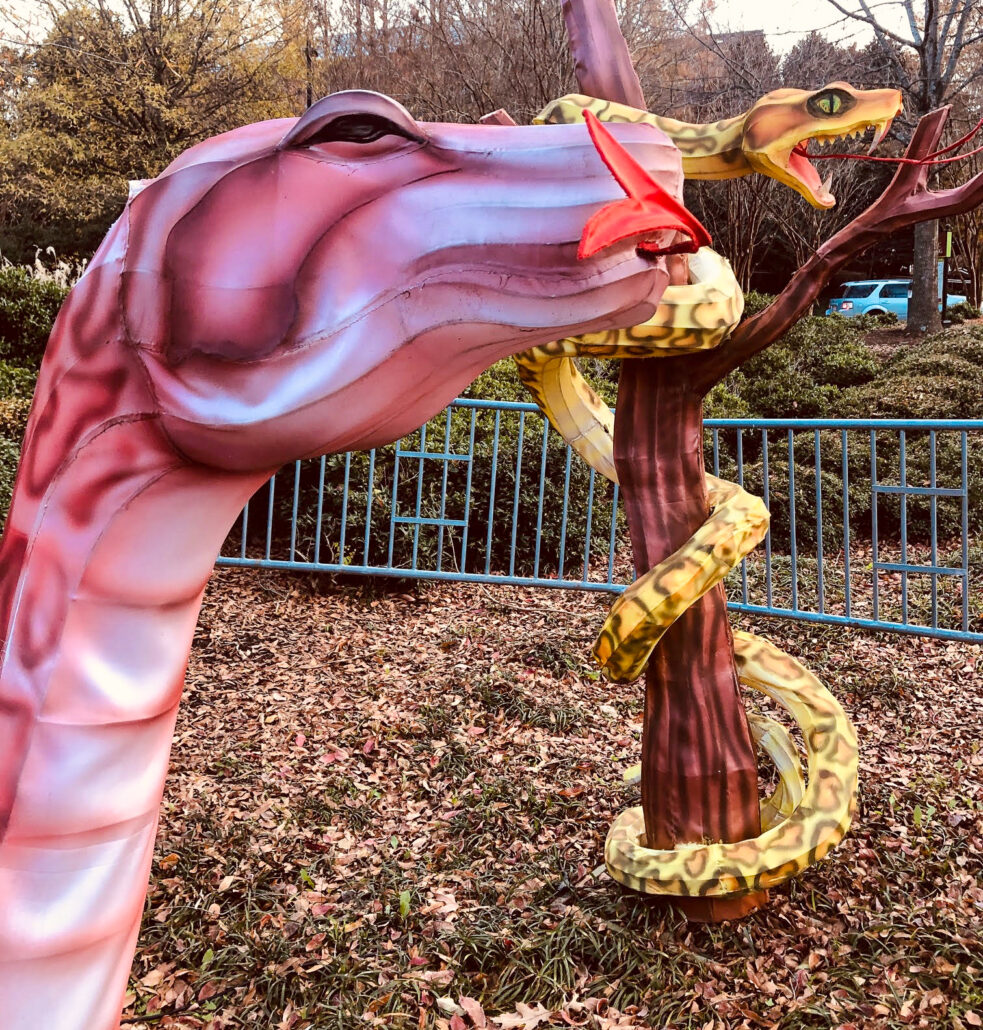 Like everyone else, Lewis said Cary’s PRCR Department is finding their way.

“One thing that’s tough for our department is that we are wired to engage and convene people. So, in the pandemic where human-to-human contact is actually the problem, it does give us a pretty significant challenge,” said Lewis.

“A lot of our activities are usually and purposefully communal in nature, so we have had to think differently about engagement and have been able to transition to virtual programs and classes.”

“In my mind, creativity wins — it always does and it’s forced us to think outside of the box,” said Lewis.

Something that’s become clear to him is that people are craving cultural arts and events. To cater to this, programs like GLOW and these Chinese Lantern displays are all about bringing an element of “surprise and delight” to the public.

Where to Find the Animals 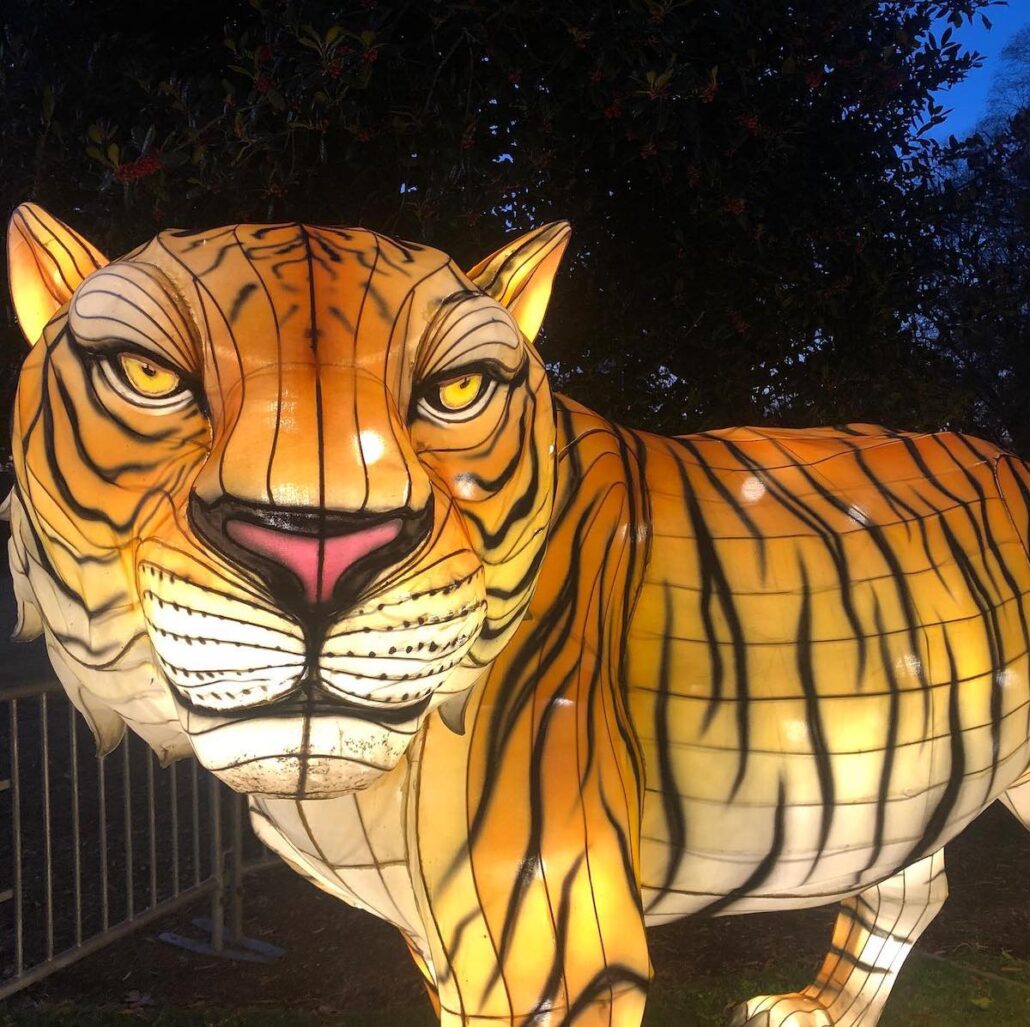 The lanterns can be found at the following six locations:

The locations were designed to be easily viewed from vehicles for spectators who wish to stay inside their cars.

The usual host of the event, Koka Booth Amphitheatre, has put together a map showing which lanterns are where, a description of each animal and its connection to Chinese culture and tradition.

Cary History: Publishing Around and About Cary