Cary, NC – Good news for Wake County as our COVID infection rate has fallen for its second week in a row.

Three out of the last four weeks have had declining rates of infection in Wake County.

This is the first time since late June that shows new weekly infections in Wake County under 1,000 cases.

Rates are falling for daily tests, new cases and hospitalizations in the U.S.

Reported deaths are a lagging indicator and should begin to fall in the weeks ahead. 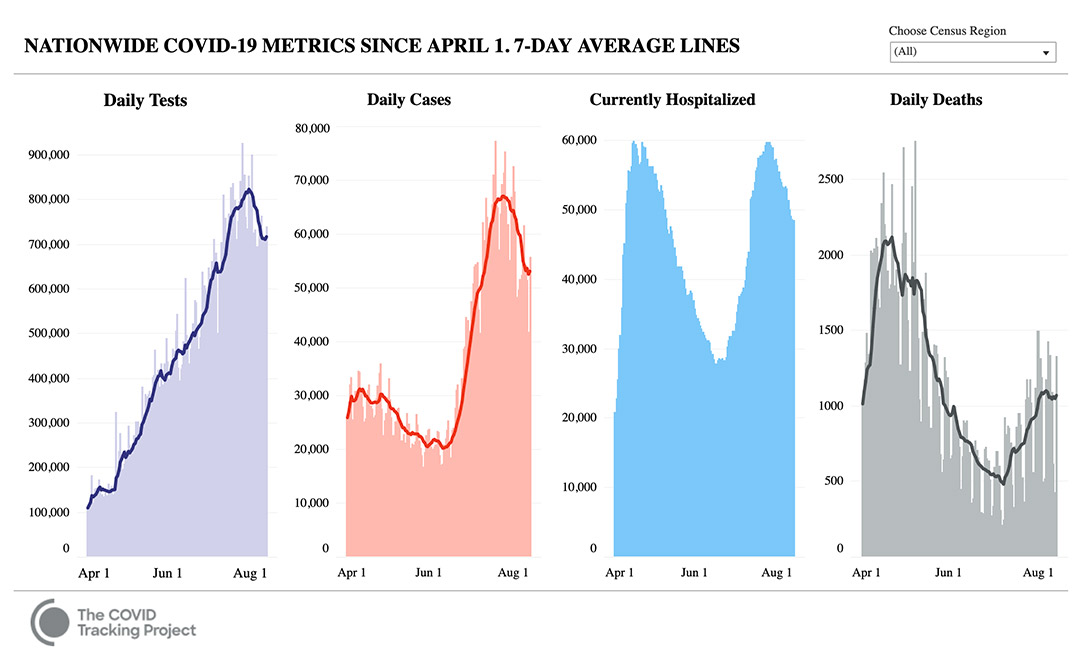 Key metrics of the COVID-19 pandemic in the United States from COVID Tracking Project.

Wake County and North Carolina continue to move in the right direction as far as limiting community spread of coronavirus. Mask usage is high in our region and people seem to have adjusted to social distancing.

But, as noted in last week’s COVID Report, the month of August will prove key toward determining what kind of fall we can expect.