Cary, NC — One of Cary’s long-time civic leaders and a founding builder-architect of the Triangle, Ray Sparrow, has died at 87 years old.

Sparrow lived in Cary for over 60 years, served in the N.C. House of Representatives and had his hand in the design and construction of many Cary homes, churches and businesses.

He first moved to Cary in 1956 during his second year at NC State’s School of Design. Back then, Sparrow said there were about 1,400 people in the town, making it easy to know just about everyone. 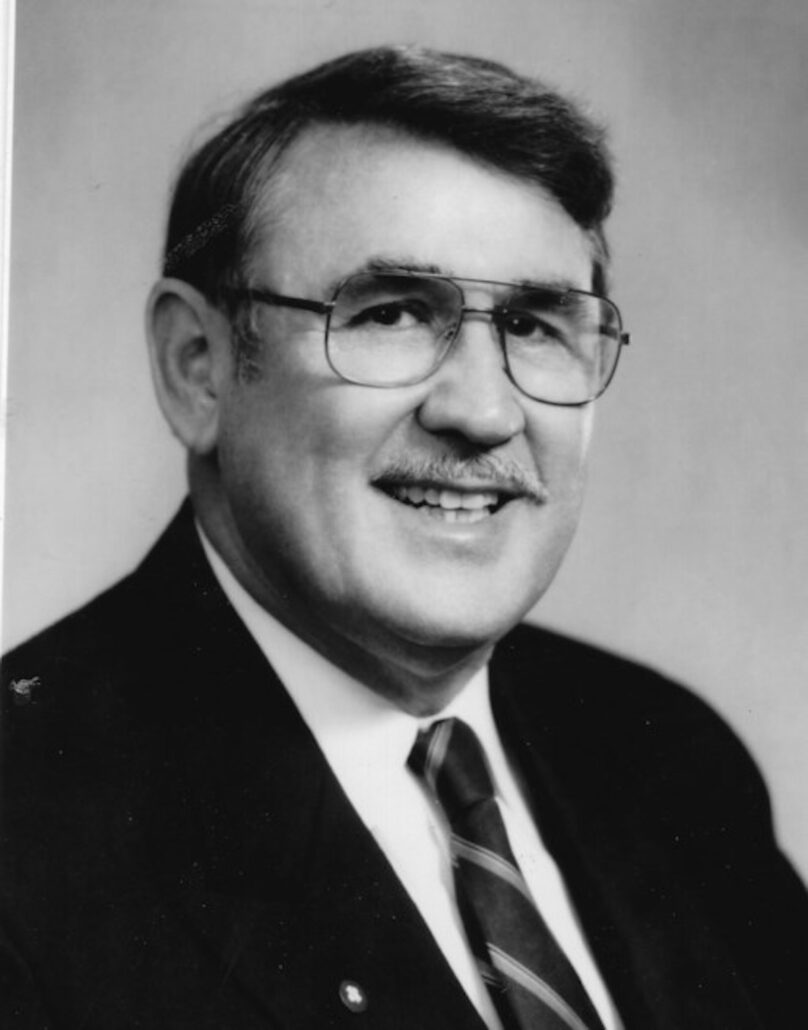 Early in his career, he worked alongside Lief Valand, the architect behind Cameron Village in Raleigh. At the time, it was the first shopping center in the South, according to Sparrow.

Later creating his own construction business, Mr. Sparrow went on to build thousands of homes over the course of his career. He even had his hand in the building and design of various churches and commercial buildings in Cary, including the design of the Ashworth Drugs storefront.

If one thing were certainly true of Ray Sparrow, it was that he wore many hats in his lifetime, including a politician.

Sparrow was campaign manager for Governor Jim Hunt twice and Governor Robert Scott once, also serving as the military aid for Scott as a retired Major and Company Commander in the NC National Guard. Sparrow also served two terms in the NC House of Representatives, though he once claimed in an interview that he was not very good at being a legislature.

“I say I wasn’t a good legislator because I was always had been very opinionated, and if I didn’t think it was right, I wouldn’t do it,” said Sparrow in a 2015 interview.

Back in the days of serving the state, Sparrow recalled there was only the democratic party in North Carolina at the time. During his terms, he helped in passing over 20 bills, mostly relating to things he knew quite well, zoning, construction and trees. “I did the first tree bill for Raleigh, and things like that,” said Sparrow. 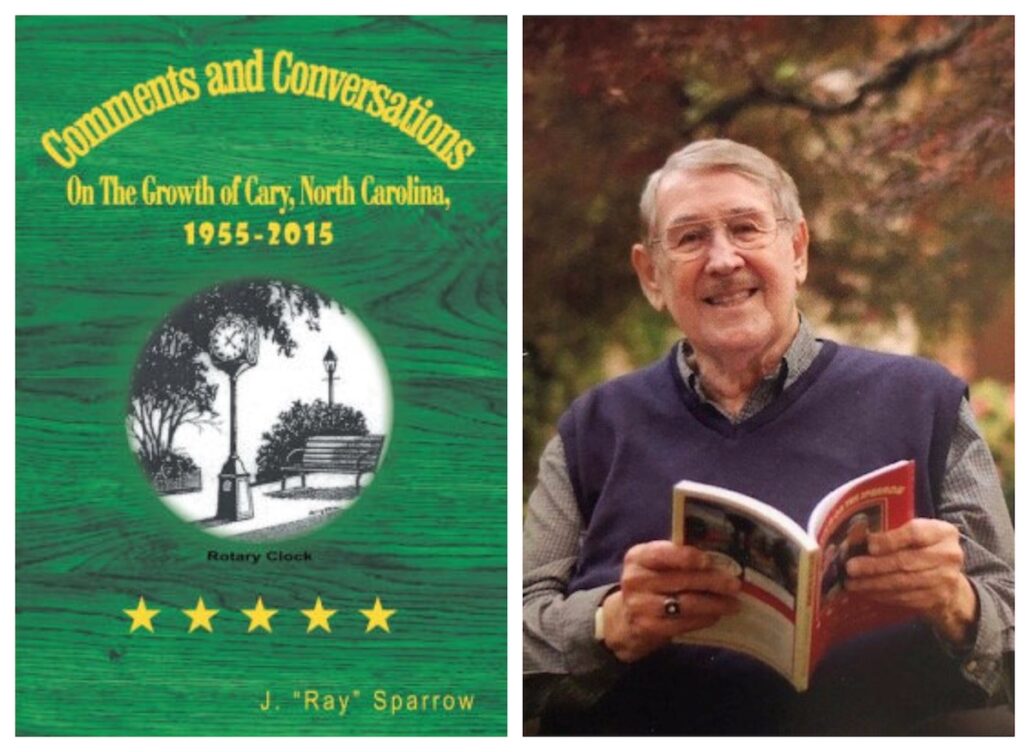 Friends of Sparrow’s say he was a naturally gifted storyteller. In fact, after his many years working in and experiencing Cary’s growth, politics and community, he penned a book about it.

The book, titled “Comments and Conversations on the Growth of Cary, North Carolina, 1955-2015,” was designed to keep a record of Cary’s years of incredible growth years. The book made a great addition to the writing and illustrations of Thomas Byrd and Jerry Miller in “Around and About Cary” and the historical recollections of “Just a Horse-Stopping Place” by Peggy Van Scoyoc.

Sparrow’s book highlights many of the key individuals and significant events in Cary from 1955-2015. A group of young men including Sparrow, Ralph Ashworth, Jerry Miller, Dick Ladd and about 20-30 more, moved to Cary around 1956 or ’57, all joining the Jaycees.

“It just happened to be a group of special people that moved here in Cary just as the Research Triangle was starting. And that’s why I started it,” said Sparrow. As he saw it, the other books did wonderfully at capturing the stories of the start of Cary and Page-Walker era, stopping around 1950.

“But these were young people that just moved to town, and I believe and it’s in my book that these are the people that created Cary’s growth and made Cary what it is today, which it’s been an outstanding city many times over,” said Sparrow.

The list of contributions Mr. Sparrow made to Cary is without end. He served as a volunteer firefighter, was on the YMCA board for 50 years before becoming a trustee and even coached little league, with many around town referring to him simply as, “Coach.”

Sparrow and his first wife, Marlene had three children together— a son and two daughters. In his own words, Sparrow said, “I must give Marlene most of the credit for raising our children to become kind-hearted, independent and successful adults.”

He spent 43 years married to his second wife, Melba, who also was greatly involved in the Cary community. Melba preceded Ray in death in 2016, a year after Ray lost his son, Ray, Jr. 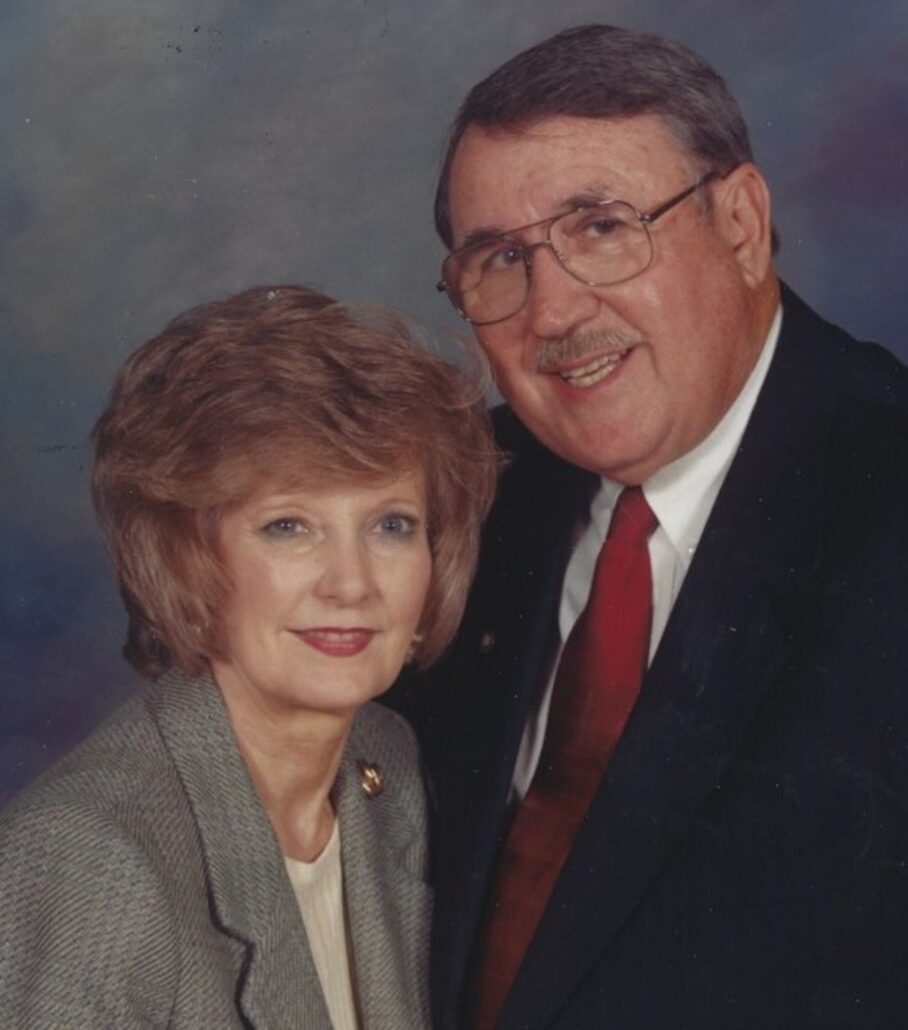 “Grief has taught me that the loss of a loved one is sadder than separation and longer than the permanence of death,” said Sparrow. Of his life’s greatest accomplishments, he says what made him most proud were his children, grandchildren and great-grandchildren.

In closing his own obituary, Ray had the following words to share:

“I have lived in Cary, North Carolina over 60 years, and it is a wonderful place to live. I have enjoyed a full, happy life here mainly because of the numerous great friends I have made over my lifetime. I know my golfing and card-playing buddies will miss taking my money! But seriously, I have cherished each and every person who has been a part of and supported me during my life’s journey. Thank you for being there when I needed you, and when I didn’t.”

Story by Ashley Kairis. Photos courtesy of the family of Ray Sparrow. Information and quotes from Sparrow courtesy of Cary historian and author, Peggy Van Scoyoc.

How to Get An Absentee Ballot