Cary, NC — Powerful words when matched with inclusive actions have the ability to change the narratives of racial injustice and police perception. Proving that point in a virtual meeting of the Heart of Cary Association this morning were two panelists, Tru Petigrew, a Diversity and Inclusion Expert, and Tony Godwin, former Cary Police Chief.

There to facilitate the conversation was Rose Cornelious, a minister of more than 30 years and the Development Director of Dorcas Ministries in Cary. In opening the floor for discussion, Cornelius said,

“These conversations don’t happen enough in our country. Conversations on race can particularly be uncomfortable and messy and so most people avoid them.”

She believes it is that avoidance that has created disparities in various areas of the nation including housing, healthcare, education, economics and our justice system. In an effort to take a step forward and not showcase the same avoidance, Pettigrew and Godwin discussed some of the work they’ve done to build bridges in Cary. The two also gave actionable steps employers and leaders can take to breach the same topics and build bridges of diversity and inclusion in the workplace.

The two speakers, Godwin and Pettigrew met in 2014 after the news broke that Michael Brown, an unarmed, black teenager of Furguson, Missouri was shot by a police officer. At the time, Godwin was the police chief and Pettigrew was a concerned citizen living in Cary. Growing up in Baltimore and living in other metro cities across the country, Pettigrew had lived through several experiences of excessive force from police.

One memory in particular for him was being thrown to the ground by an officer at a Seven-Eleven gas station in Los Angeles. With face pressed to the concrete and a knee in his back, Pettigrew remembers the officer pressing his weapon to the side of his head, taunting him with the words, “Give me a reason. I wish you would.”

It was a case of mistaken identity and he was later released once the true culprit was found.

When the Furguson incident happened, especially with this horrible past experience, Pettigrew was motivated and determined to do something in Cary that would have a positive impact on the local level.

At that time, he had a 2-year-old son and his driving force was wanting to know what an interaction between Cary police and his son might look like years down the road. After speaking with the Community Services Sergeant, he was challenged to work together with the department to change the impression of the Cary Police with people who had concerns about it.

Pettigrew, in accepting the department’s challenge, extended a powerful, yet highly uncomfortable invitation. 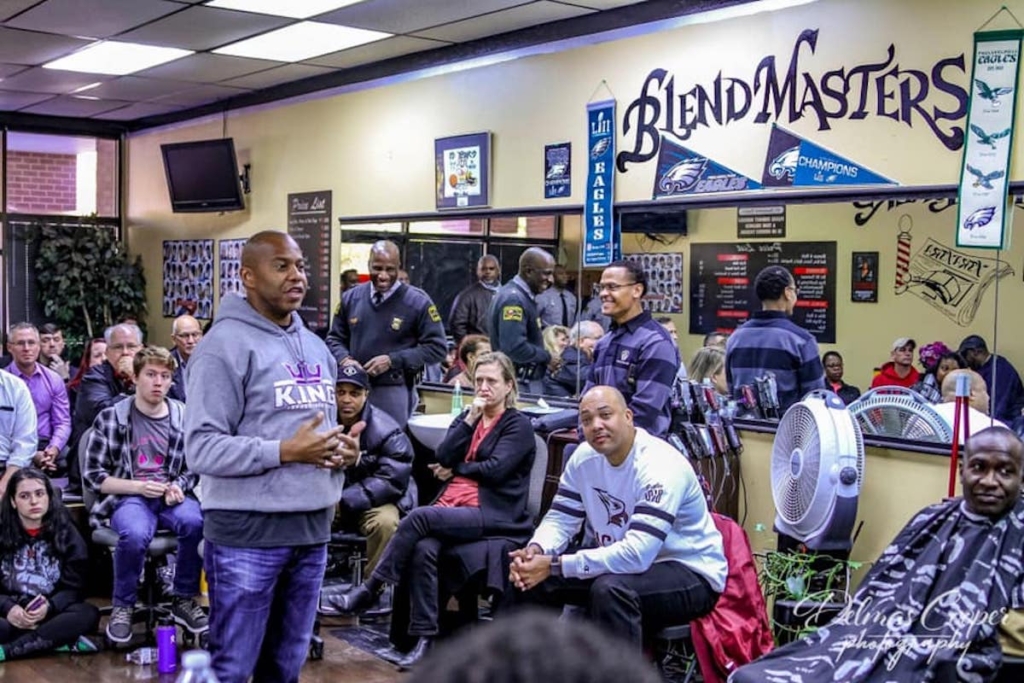 Godwin was invited by Pettigrew to a local, black barbershop. As Pettigrew said in today’s meeting for those unfamiliar, “The black barbershop in the black community represents a very trusted and credible voice of the black community, particularly for black males. It’s a refuge where you can go and you are comfortable sharing, discussing and talking about anything and everything from sports to politics, social issues and nothing is off-limits.”

Pettigrew said, “I realized that as long as it was just as talking amongst ourselves, no real change was going to take place because the people who needed to hear it that could participate in effecting the change weren’t a part of the conversation.”

The merger of the barbershop and the police was difficult and uncomfortable for many, but it opened up everyone involved to create changes in their own minds and hearts, healing personal wounds and inspiring larger change. These meetings became known as “Barbershop Rap Sessions” and still take place today.

Now, for over six years, the two have partnered to bridge gaps and create conversations surrounding these topics.

Going Beyond the Barbershop

During the panel discussion, both Pettigrew and Godwin gave their takes on how people can actively make a difference to address issues and create more inclusive environments. Answering in tandem, the men had these two main points.

Meet People Where They Are

It’s a phrase said often, but not necessarily practiced often. According to Pettigrew, meeting people where they are is key to effectively building bridges. When done right, it takes intentionality on physical, mental, spiritual and emotional levels.

“The more challenging part is to love them where they are,” said Pettigrew. “I know the power of loving that individual where they are even when I don’t love where that is. That’s what it takes.”

Over the years, when topics of injustice have come across Godwin, he says the first question usually asked is “what can I do?” People consistently want to take action and have change right away. What he has found is there a bit of a process to be addressed before the “do something” part. He calls the process, “Heart, Head, then Hands.”

“We’ve found that if you follow the process of dealing with the issues of the heart, then work together to form thoughts and ideas of how you can take action before taking action, then it’s so much more effective,” said Gowin. “That’s the process we’ve found and in your life and your businesses, we recommend that model if you’re having conversations on this and we’ve seen that work time after time.” 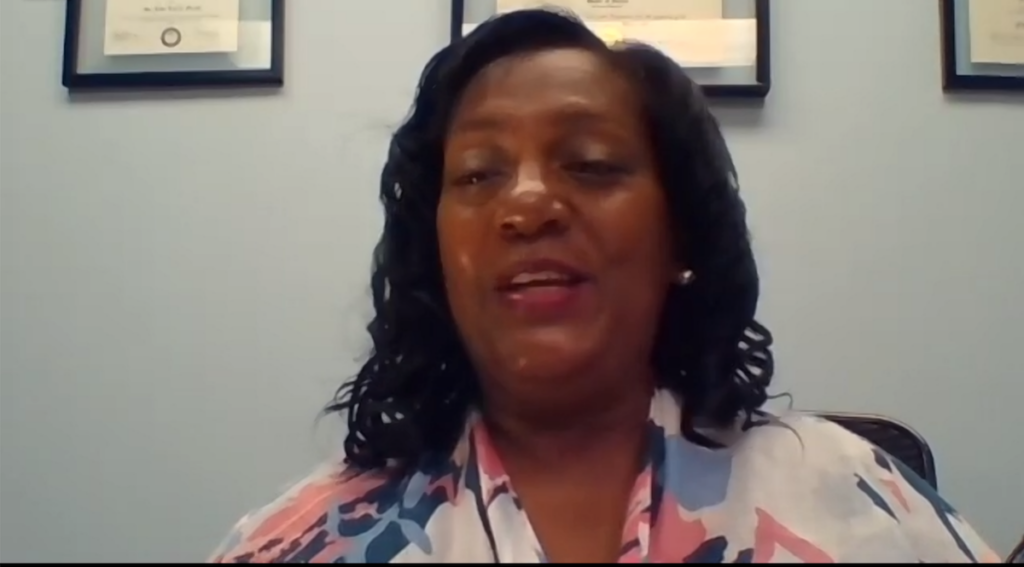 Rose Cornelious, the moderator for the panelists shares her closing comments.

In closing the meeting, Cornelious said to all listening, “You don’t have to look far to educate yourself on what is happening. Take the first step, go beyond today and be intentional.”

Story by Ashley Kairis. Rap Session photo courtest of the event’s Facebook page, others were screen captured from the live meeting.