Cary, NC — Since November, internationally-renowned visual teaching artist, Gowri Savoor has led a series of lantern-making workshops at the Cary Arts Center. The end result? A stunning, community-based parade of lanterns that will make its way down Academy Street next Saturday, January 15, 2022.

“My hope is that people have fun, experience a sense of wonder, feel inspired, and return home with an overwhelming sense of joy,” said Savoor.

The parade is named “Under the Silver Moon” and is a continuation of the outdoor public art series “GLOW,” facilitated by Academy Street Artwork Projects. Participants of the parade will assemble at Fidelity Bank Plaza at 6 PM and will begin their route at 6:15 PM. 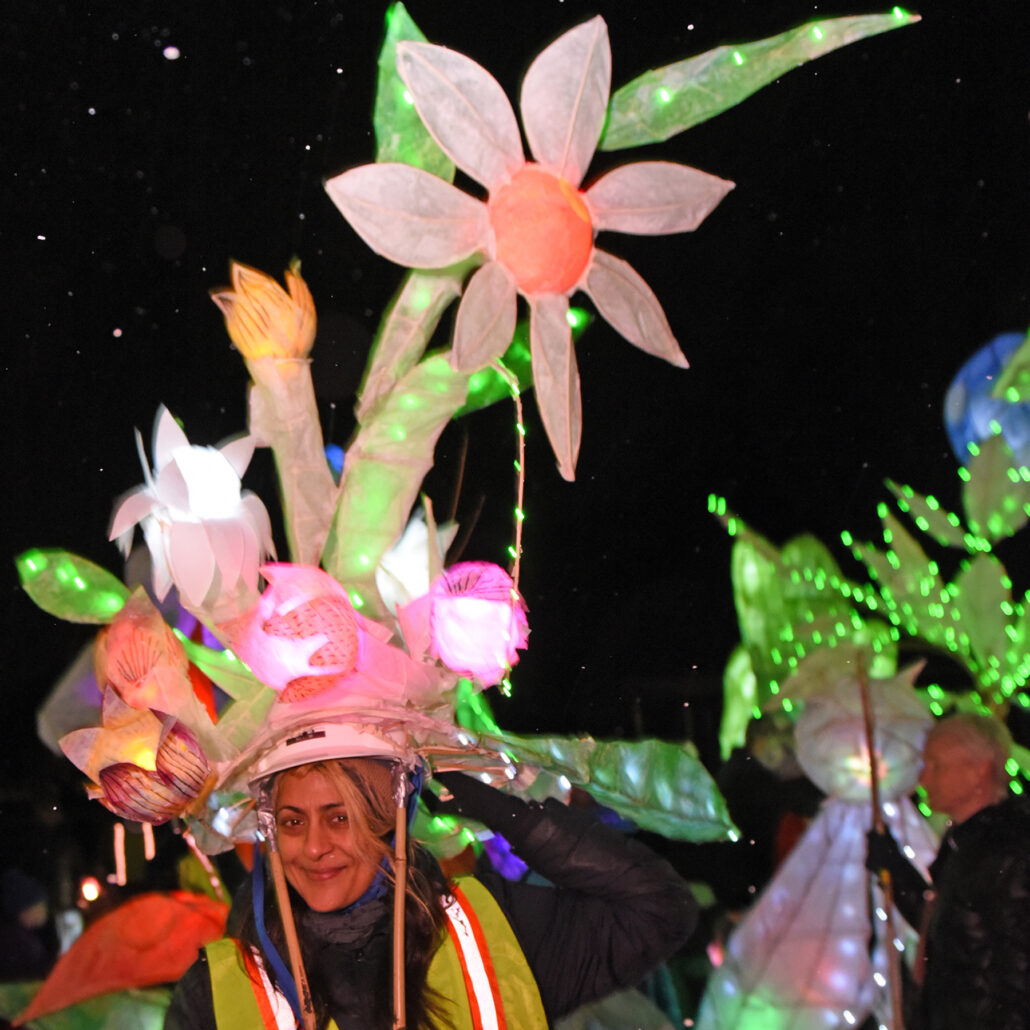 Savoor has worked with thousands of lantern makers in the UK and across the United States and has helped facilitate over fifty parades so far. This one will mark Cary’s first-ever lantern parade of this kind. Here’s how it will work.

Community members will assemble after sundown with handmade lanterns suspended high on poles, ready to illuminate the night sky. Once gathered, the parade processes through the streets in celebration.

“The combination of music, art, light and togetherness make it an elemental experience that is hard to forget,” said Savoor.

When asked about the significance of events like this, Savoor shared how light is celebrated in cultures across the world. Lantern parades originated in China over two thousand years ago, and the tradition gradually spread to the west. People across the globe use the vehicle of lantern parades to celebrate everything from the advent of spring to the opening of a community center.

“‘Under the Silver Moon’ will be shining a light on the communities of Cary, and celebrating our shared humanity,” she added.

Bring Your Own Lantern or Attend a Workshop 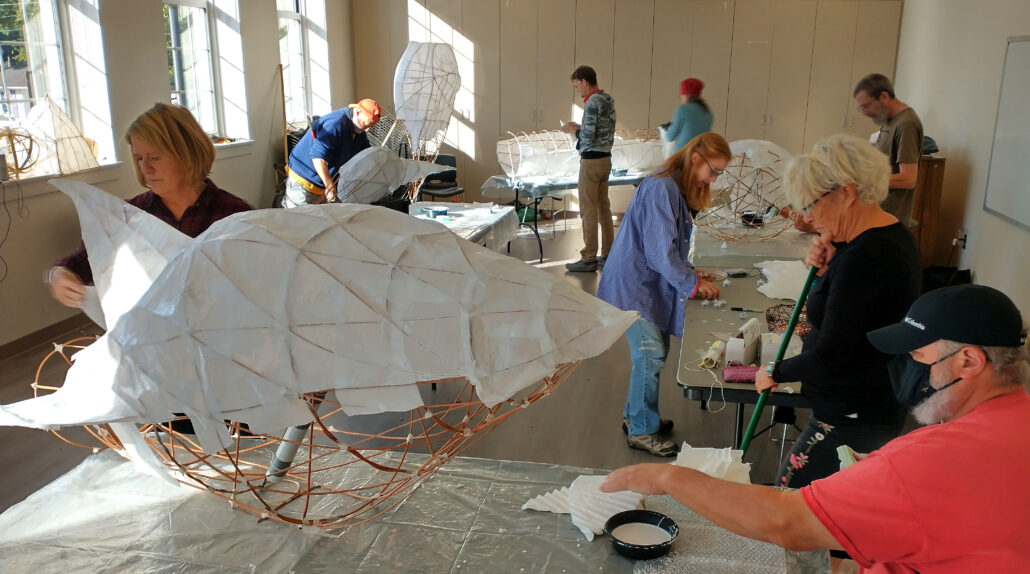 All are welcome to attend and join in the parade. For those wanting to participate but were unable to attend one of the workshops, Savoor encourages all to make your own at home, hang it on a pole and bring it to the party. This tutorial she provided shows how to make a simple yet magical lantern using a 2-liter soda bottle.

Remaining workshops at the Cary Arts Center this weekend include:

For more on Gowri Savoor, visit her artist website and for more on the parade, visit the Town of Cary website.

Cary History: Education in the Time of Segregation
Scroll to top