Cary, NC — There were two major conversation points of the Cary Town Council’s Thursday meeting — a rezoning request from Epic Games involving the Cary Towne Center property and the approval of a bid totaling $10,456,000 to expand the USA Baseball facility in Cary. 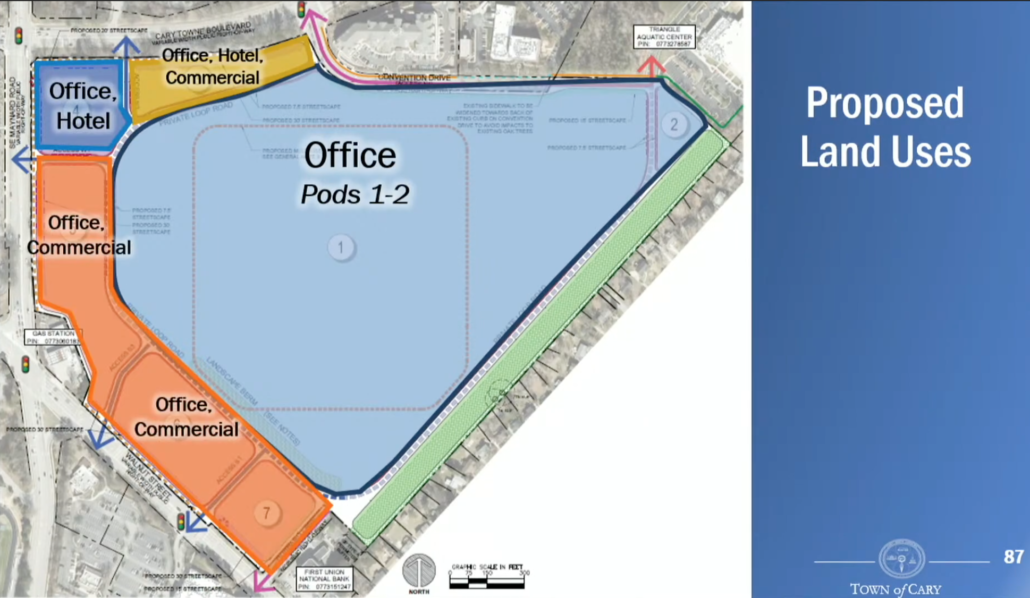 Starting with Epic Games, the company owns 87 acres of land that currently holds the vacant buildings of Cary Towne Center. Before redeveloping the land to host Epic’s new headquarters, the company is applying for approval of new zoning conditions to include: 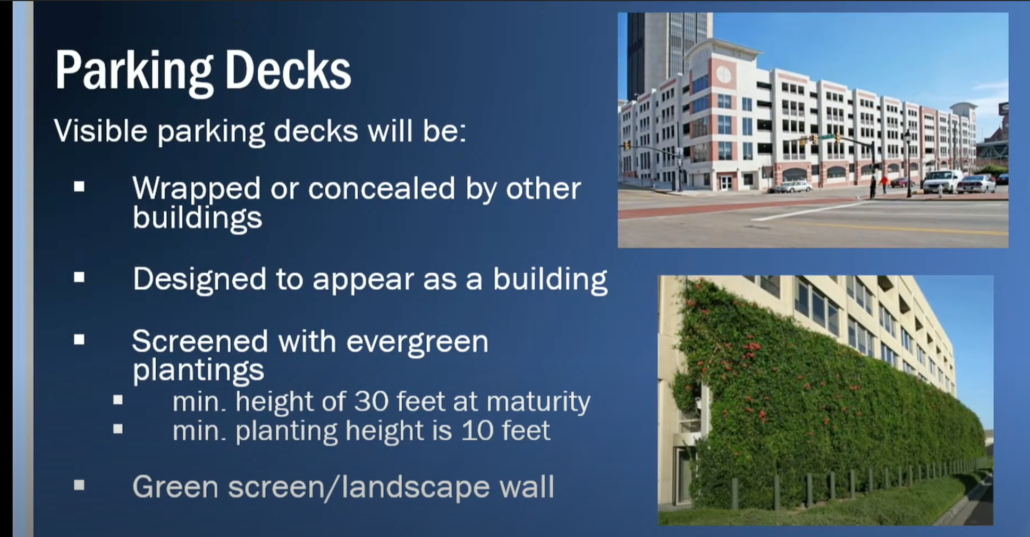 These main conditions along with other proposed modifications were given to council members for their review before the meeting in the form of a Preliminary Development Plan. The plan suggests the first phase to include a large office building with parking and an outdoor recreation area at the center of the site.

To mention a few, the applicant is also requesting new conditions to remove 4 champion trees, be granted exemption in pods 1 and 2 from Community Appearance Manual design standards and have no quasi-judicial hearings for the property for 30 years as applied to pods 1 and 2 and 15 years for pods 3-7.

Before discussing their thoughts on the proposal, the council heard a few public speakers’ thoughts. 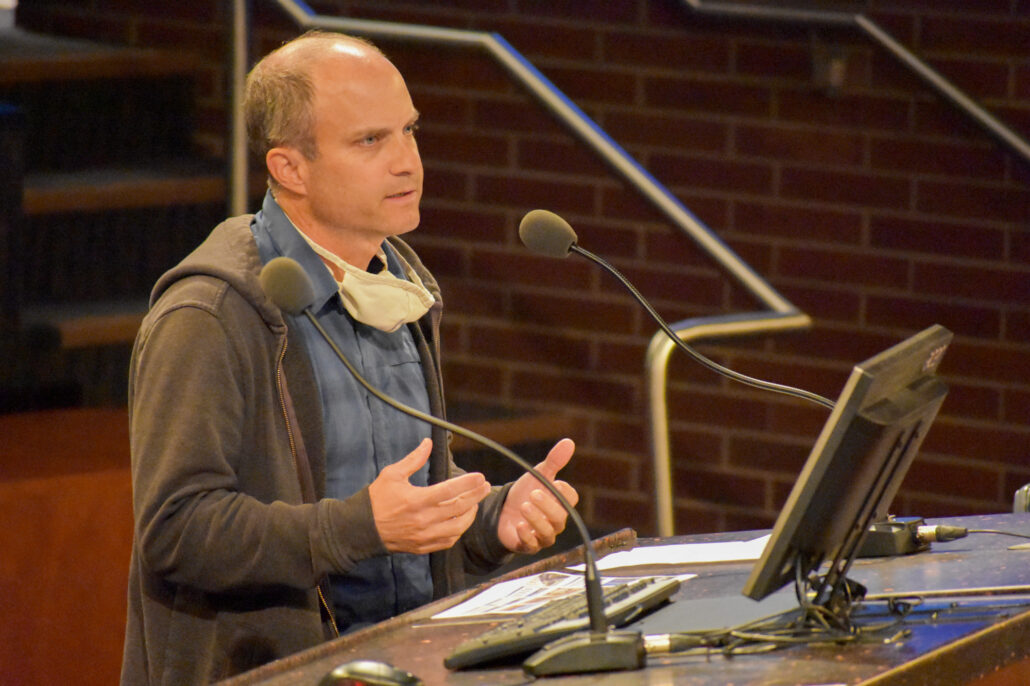 The Town received 14 written comments, including requests for a new plan reflecting the “spirit of Cary,” better stormwater practices and mentions of the importance of connectivity of the greenway, traffic management and the location of the site being prominent to Cary’s eastern gateway.

The first speaker was Jason Barron, a legal representative working on the case who was the only public speaker to mention positive opinions of the plan. In his remarks, he said, “One of the things that’s extraordinarily unique about this is we’re creating a corporate campus for 40-50 years.”

“Big picture, I think this is a tremendous fit in this location,” said Barron. “Maybe not what everybody was expecting, but I believe this will make Fenton the best Fenton that Fenton could have ever been. Fenton won’t have to compete with retail across the street.”

Speaking to the stormwater component of the plan was local engineer Kris Bass who sees the site as a rare opportunity to “move the needle” of stormwater flooding back in the right direction.

“One thing that I know with my work is that even the most progressive stormwater rules and planning efforts, they’re not working. We have flooding happening all over the town and it’s only getting worse,” said Bass.

As he described, the Epic Games site sits in a unique place on top of a hill where runoff from it can shed to two different creeks—Walnut Creek and Swift Creek—which Bass says are under intense pressure from urban development. Both have extreme flooding problems, mostly faced by “vulnerable communities that are downstream of here.”

When looking at the plan for the site which is now 87 acres of impervious surface, Bass asked for added zoning conditions that would set “aggressive environmental goals for the site.”

Another speaker, Owen Evans, said, “I’m proud to have a prestigious company like Epic call Cary its home and I respect their desire for a secure campus in a prominent, convenient location, but it’s clear that’s what’s been proposed so far accomplishes that somewhat at the expense of the Town and its citizens.”

His main concern revolved around the planned trail extension along the back of the property from Triangle Aquatic Center to Walnut Street.

“This plan tries to substitute a route that is twice as long, runs next to some of the busiest roads in town, crosses a dozen or so driveways, and involves nearly 10 times as much hill climbing as though it’s just as good. It’s not,” he added.

Others spoke with concerns related to the environment, the link to Cary’s greenway system and the need for the high density of office space in a time where remote working is increased.

Claire Doyle was the final speaker who gave the word “egregious” to the nearby development, Fenton, which caters highly to luxury retail when she said, “what we need in this area is affordable housing.”

“I really ask Epic to consider what is needed and not what is solely for capital gain,” she said.

As has become common, Mayor Harold Weinbrecht started the council discussion by reminding public speakers and citizens watching that the decision before the council has nothing to do with the applicant.

“This rezoning does not tie the applicant to the land, it ties the zoning to the land,” Weinbrecht said, “so we have to approach this differently.”

While appreciative to Epic Games for wanting Cary as their headquarters site, every single council member voiced concerns over the current Preliminary Development Plan that was submitted to them. Weinbrecht mentioned concerns related to that viewshed, the quasi-judicial exemptions and the change to the greenway plan.

“I’m concerned with development in the middle that we’re ignoring the viewshed on the outside. I need reassurance, hopefully, that it will look better on the outside. I’ll have a difficult time supporting something that doesn’t address the outside parcels,” said Weinbrecht.

Councilmember Lori Bush mentioned the currently approved zoning conditions include 1,100 trees and the new proposal calls for 240, less than one-quarter of the previously proposed amount when the site was being prepared for the Carolina Yards project before the land switched hands. Bush urged the applicant to bring more commitments to the plan such as in bio-retention, a rain garden or other measures that would make it a low-impact development.

Also referencing a comment from the Mayor, Bush seemed to hint that the quasi-judicial proceedings for the property shifting from every 1-2 years to 15 or 30 years is a non-starter.

“I would not want to handcuff any future council and not allow them to have a say or weigh in on that,” said Bush. She also pointed to a lack of detail as did several other council members like Ed Yerha. 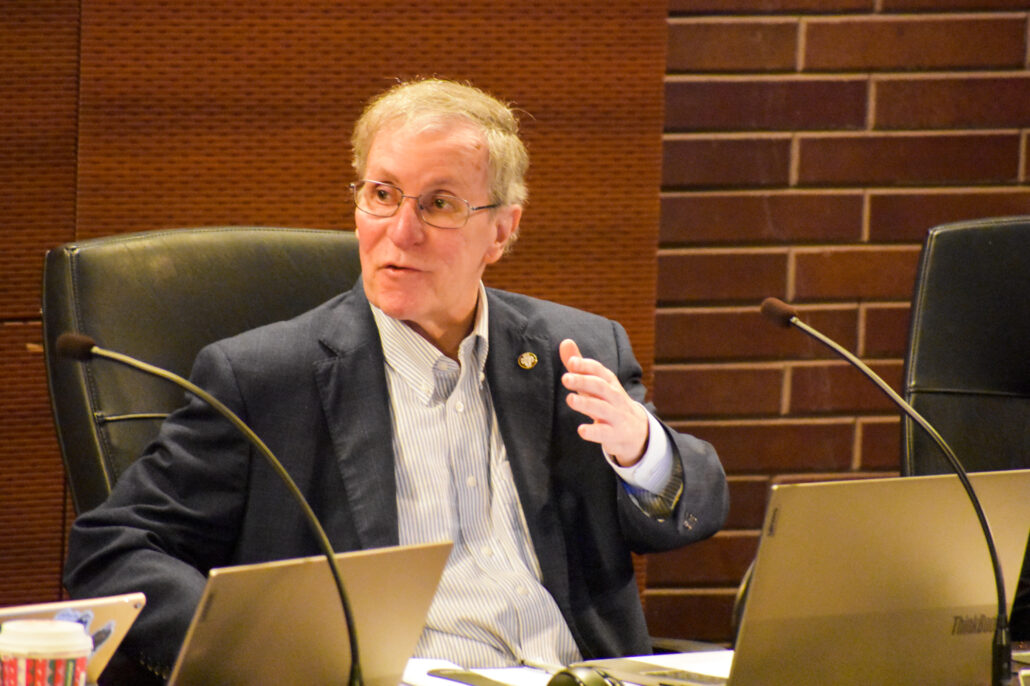 Yerha said as he looked through the staff report, he saw words like “overtime,” “unknown” and “not finalized,” making it very difficult to translate that into an unequivocal yes or no vote in the future.

Mayor Pro-Tem Don Frantz also spoke to the company, appreciating the as a corporate citizen but also reminding them that an applicant can’t be considered with rezoning cases. He was in favor of the jobs that would come to Cary with the more than 2 million square feet of office space that would come with the project over time and said he has no issue with the use.

“Quite frankly, pods 4 & 5 are a blight in my opinion,” he said. “As all the new construction happens over time, I don’t want our citizens and everyone else who comes in through the eastern gateway to look at blight.”

In closing, Frantz said the council has a responsibility to everyone who calls Cary home to come up with something that all parties can be satisfied with.

Councilmember Ya Liu acknowledged the land as being something special that almost every citizen has a connection with and naturally, expectations come with that.

“We want some reassurance, we want commitments and we want conditions,” said Liu.

Jennifer Robinson assured that all her colleagues are on the same page. “We find this rezoning request unacceptable,” she said.

Robinson also noted that approving a vague plan as it is now would not serve the town well if Epic ultimately didn’t choose to be the developer of the site.

“I think by making this an exceptional place as far as handling stormwater and doing tree replanting, that’s showing compassion for your employees,” said Robinson.

The last to speak on the rezoning was Jack Smith who represents the district that includes this site. He started by saying, “Once in a while, you have to look at someone and be the person that tells the emperor you have no clothes. Epic, right now with this proposal, you’re just plain naked.”

“Right now, if I was a cynic, I’d look at that and say this is like Attica Prison with a little bit of shrubbery around it,” said Smith. “You’ve got so much to do and you have the ability to do it.”

With that, the public hearing and discussion closed and the rezoning now goes to Cary’s Planning & Zoning Board for their review and recommendation before coming back to the council for a vote. 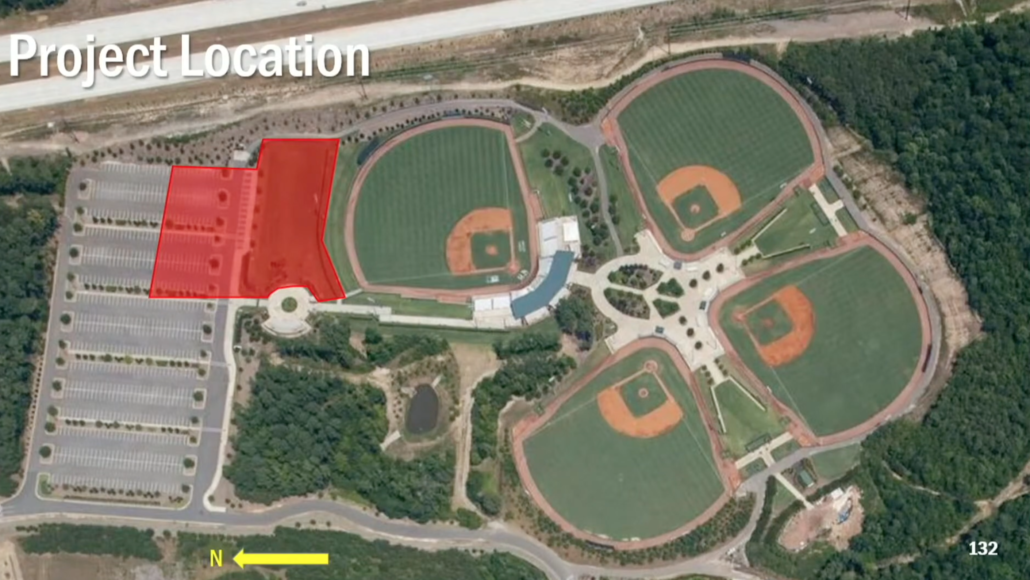 Since its construction at Thomas Brooks Park in 2007, the National Training Complex has served as a premier training venue for youth baseball and softball, elite amateur team Spring Training, and the USA Olympic Baseball team, most recently the team who claimed the silver in Tokyo.

The facility’s original designs included team rooms and offices, but these elements were not included in the original project budget. Since 2011, Cary and USA Baseball have been planning for the expansion of the NTC to include offices, team rooms, umpire locker rooms and a covered training space that will allow for year-round training and use.

In 2017, Council approved the preliminary terms for the financing of the development, construction, and occupancy of this expansion project. The project has now been fully designed and has gone to bid, and Cary and USA Baseball have finalized the terms of a twenty-year lease and economic development agreement and use agreement for Council’s consideration after a public hearing.

One aspect of the project approved in an April 2021 council meeting is the installation of solar panels over the covered practice facility. This represents a $300,000 portion of the investment and it would reduce carbon emissions equivalent to the amount produced by 17 homes in one year.

The winner of the project with a bid total of $10,456,000 is Monteith Construction Corp. To move forward in full support of this bid award and contingency of the project, the council unanimously approved an appropriation of $4.5 million of the General Fund fund balance to the project.

With Council approval now complete, the next steps will include staff finalizing and executing the agreements with USA Baseball and the contract with Monteith Construction Corp.

Construction is expected to start by Spring 2022 with project completion estimated to be Summer 2024.

For more information on this project and financial details, visit this Town of Cary webpage.

Other actions and topics of the 3-hour meeting included:

Cocktails to Warm Up the Holidays
Scroll to top