Cary, NC — It was an absolute joy to attend and photograph the return of the Cary Jaycees Christmas Parade in Downtown Cary on Saturday.

I took it as a good sign when I noticed lawn chairs already positioned for the parade on Friday night for those claiming their front-row seat. The afternoon, though quite windy, was filled with the sounds of marching bands, revving engines and, of course, the cheers of children as Santa Claus made his way down the parade route of E. Chatham and Academy Streets. 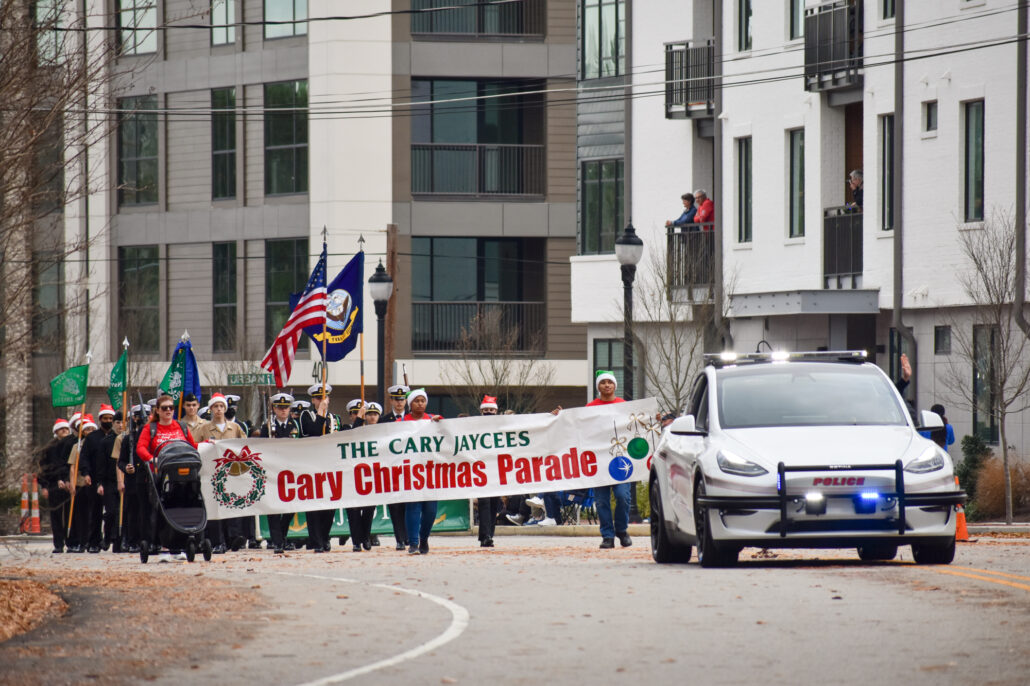 Starting off the parade was a brand new Town of Cary “toy” — one of two Cary Police Teslas that were approved as part of a pilot program in April 2021 by the Cary Town Council. The second Tesla followed soon behind, transporting Mayor Harold Weinbrecht.

These new top-of-the-line emergency vehicles were a $150,000 investment, allocated from the Town’s federal drug forfeiture fund balance. The cars, according to the Town, are designed to provide a clean energy solution that will save fuel and maintenance costs as well as reduce carbon emissions equivalent to the amount produced by 1 home per year. 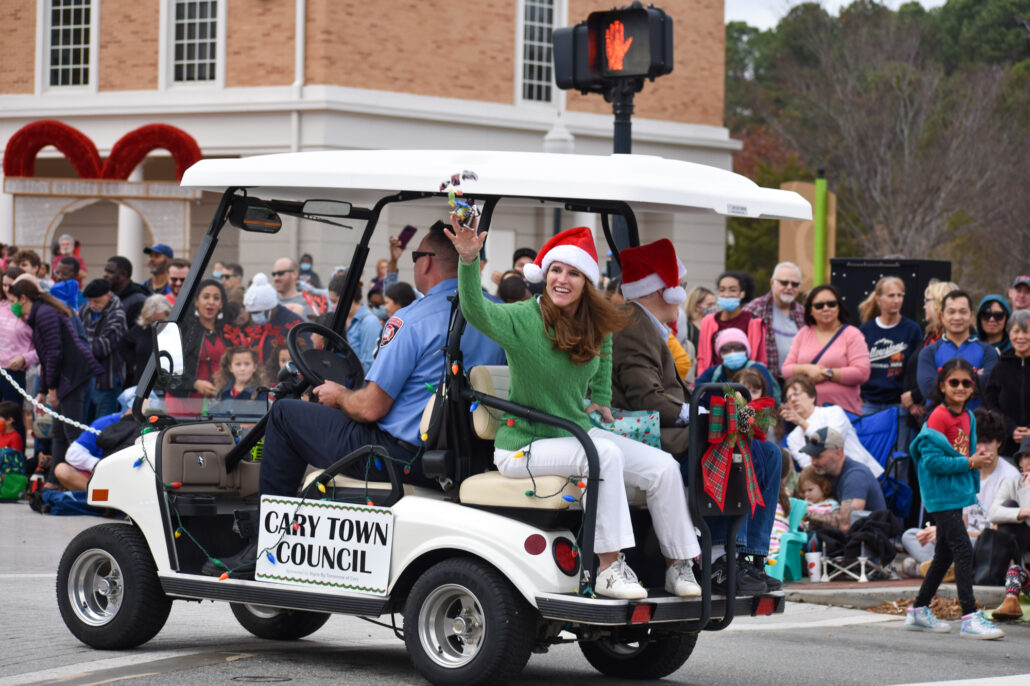 Cary Town Councilmembers Jennifer Robinson and Ed Yerha were some of the first to greet the crowds of people lining the route alongside their fellow members Jack Smith, Lori Bush, Ya Liu, Mayor Pro-Tem Don Frantz and Mayor Harold Weinbrect. 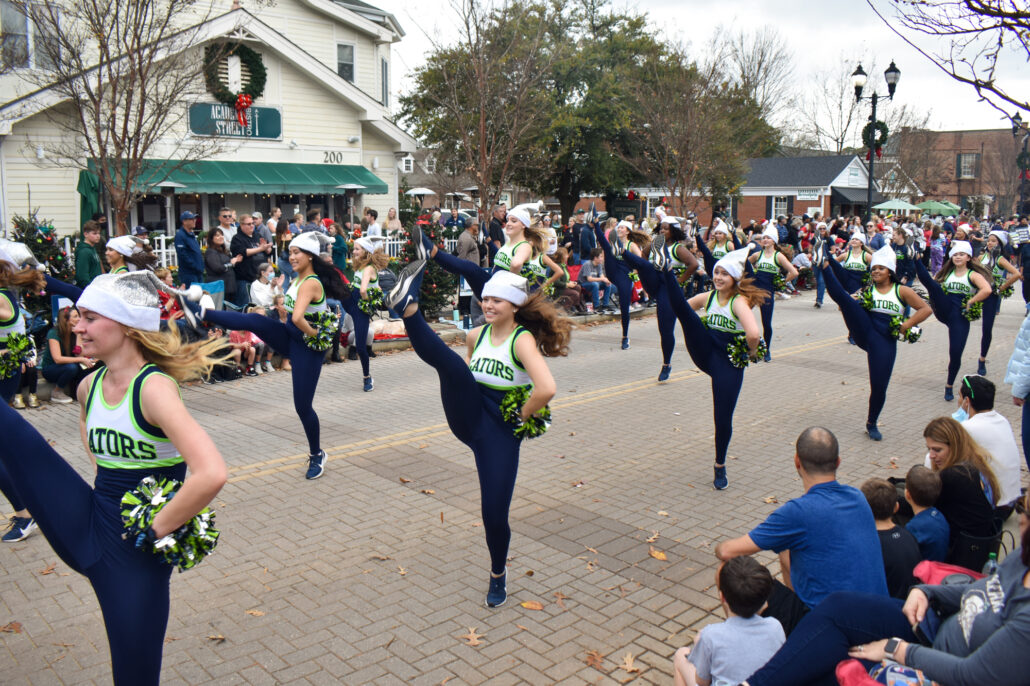 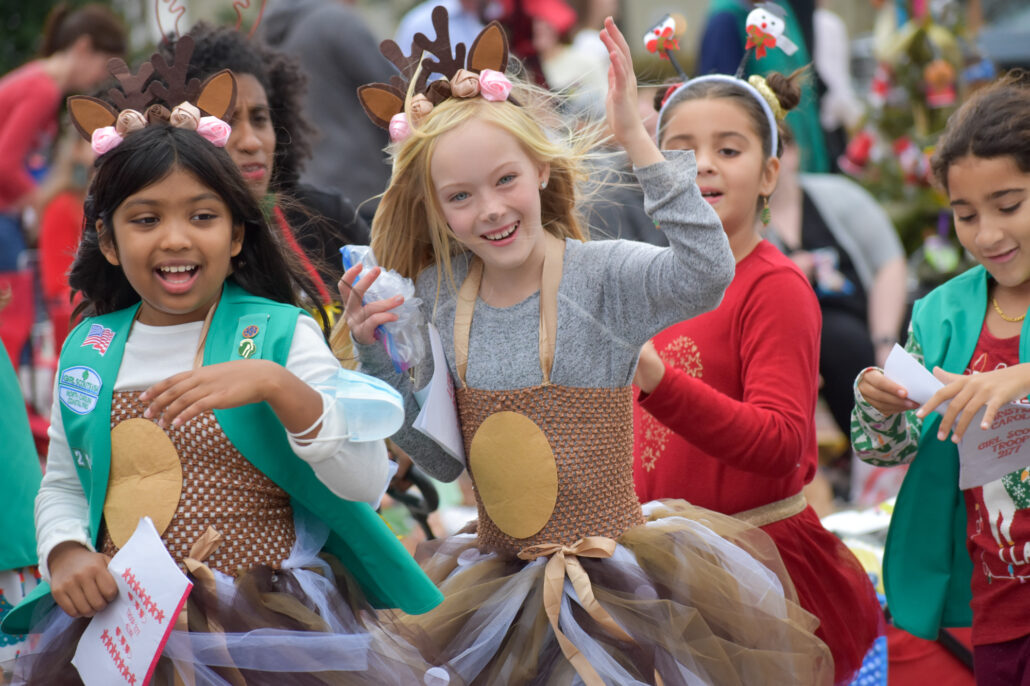 The parade saw many festive outfits and big smiles, these, in particular, were from a local troop of Girl Scouts. 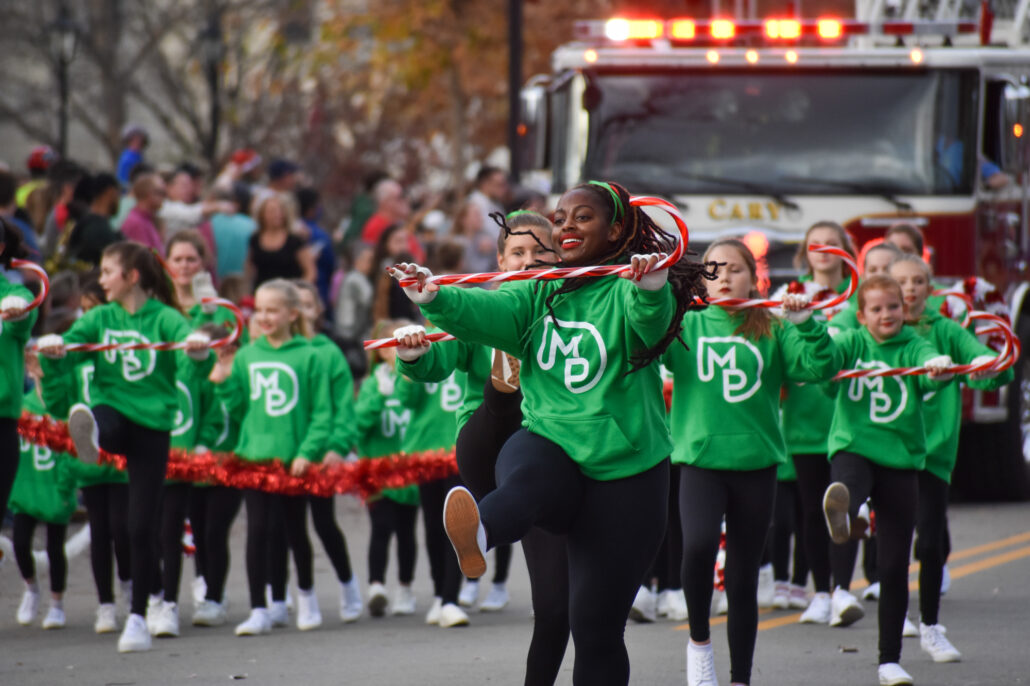 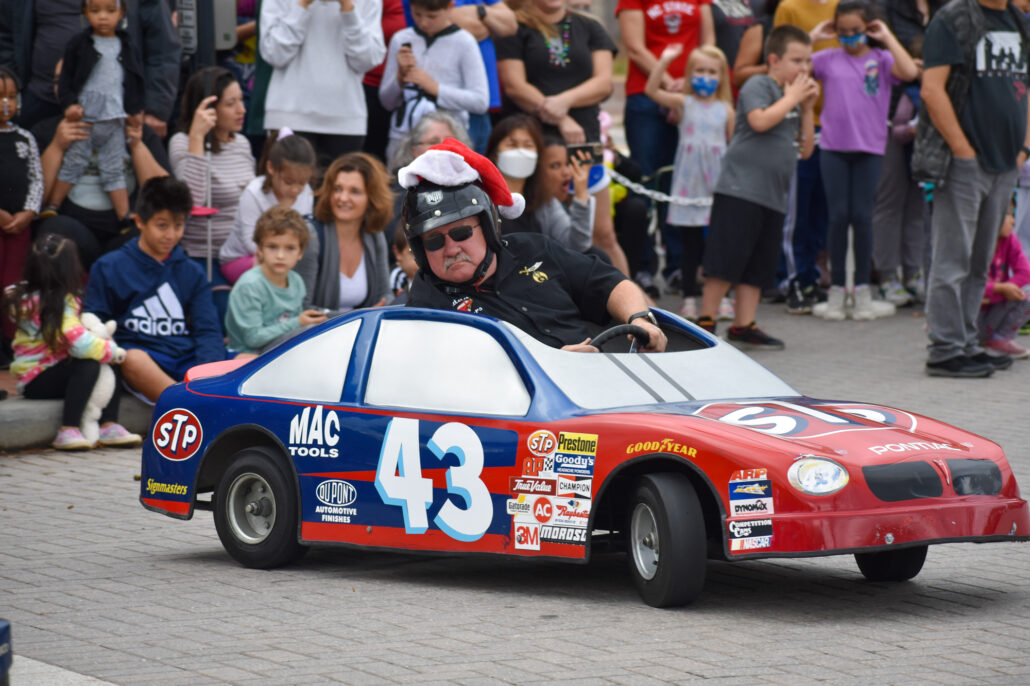 A fun and noisy group of at least a dozen men darted around the parade route in miniature race cars, much to the delight of the crowd who hoisted up phones to capture videos of the choreographed car show. 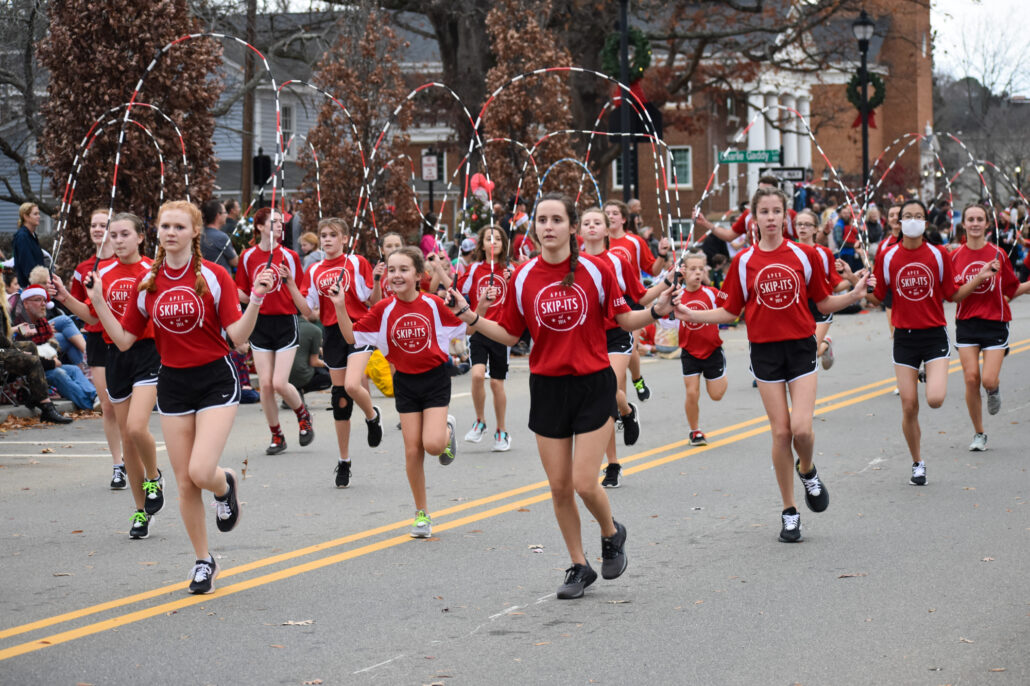 Two competitive jump rope teams joined the parade this year, the Super Skippers of the YMCA in blue and the Apex Skip-Its in red. 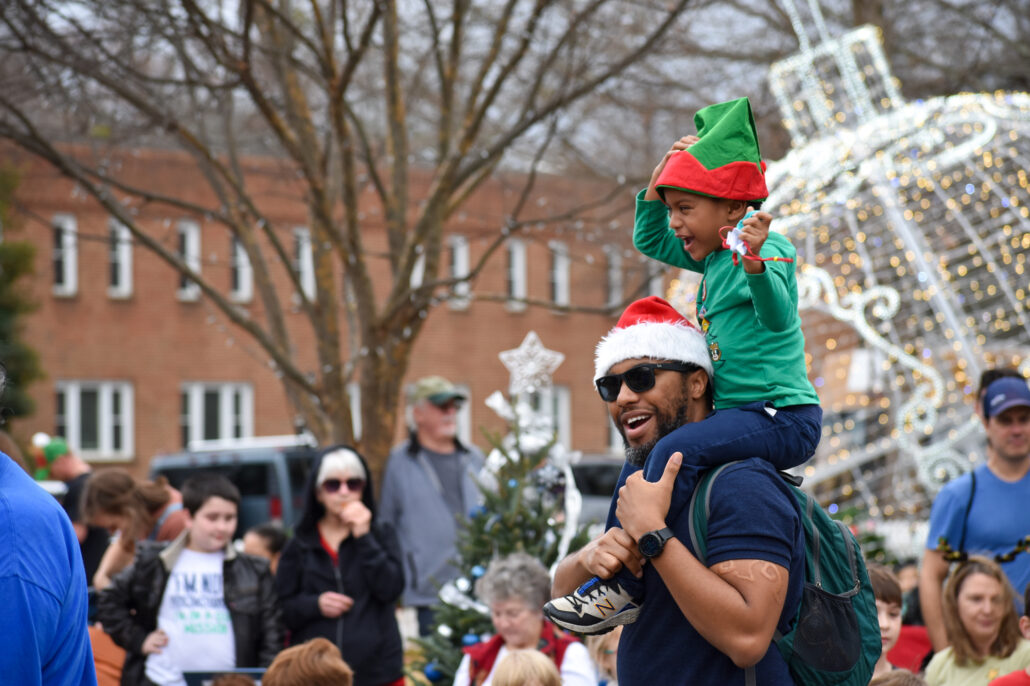 A big part of the enjoyment of the parade was seeing the many families, friends and neighbors having a great time together, enjoying the return of this long-standing Cary tradition. 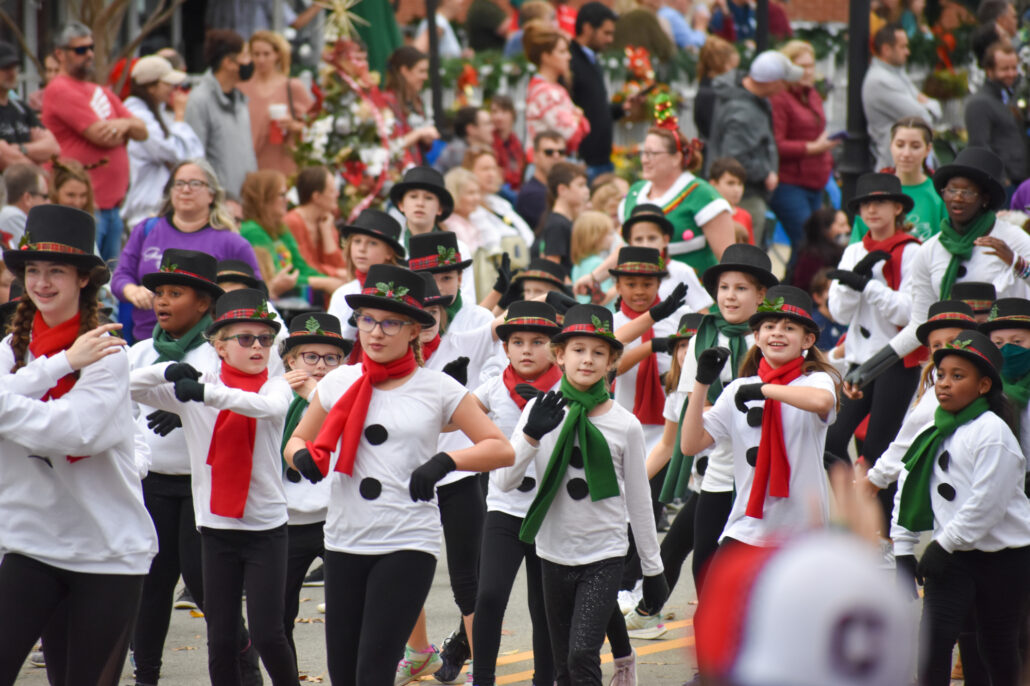 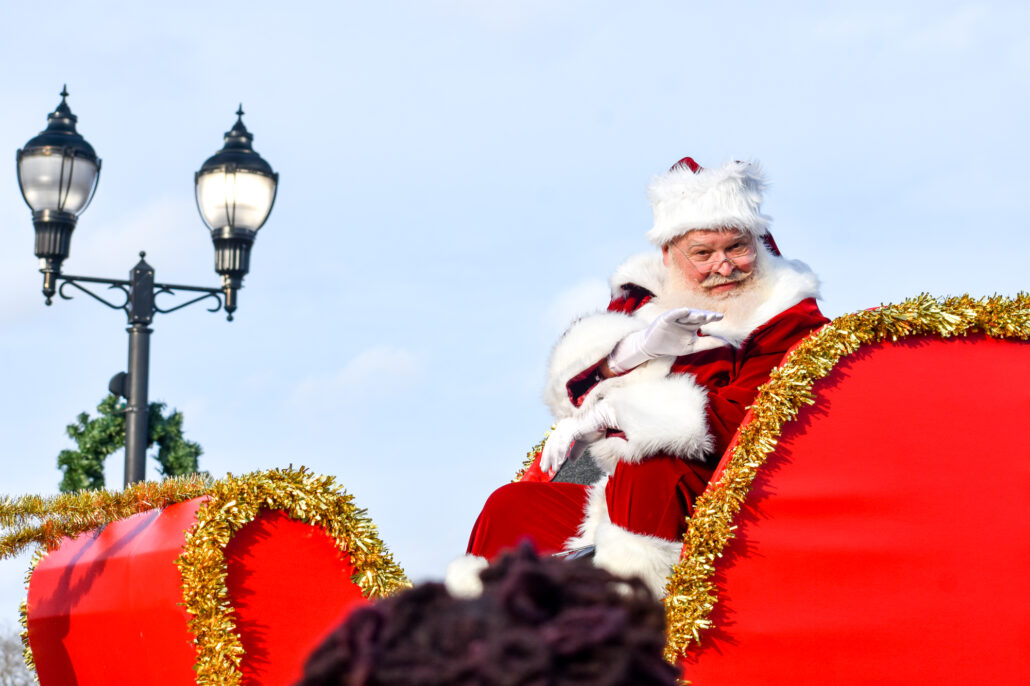 All parades need a grand finale and Santa Claus surely delivered on that at the end of this year’s Cary Christmas Parade, bringing so much excitement to the children who all seemed to push to the front row to get a good look at him and wave. 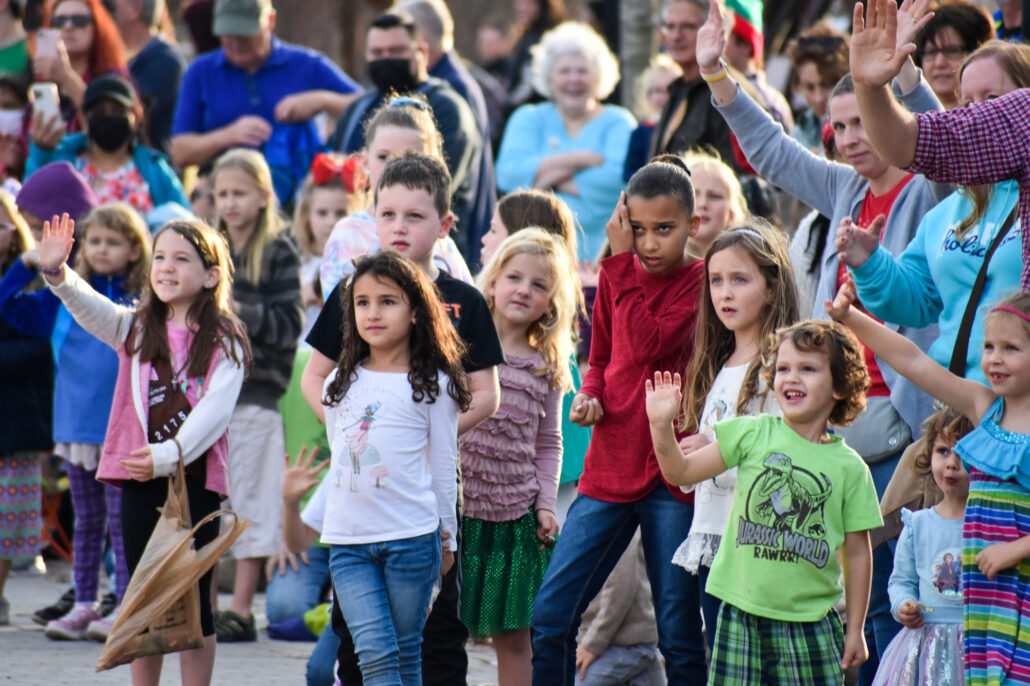 The most fun portion of the parade for me, through the lens, was getting to snapshot the array of emotions and responses that kids of all ages had while looking up at the big guy in red. 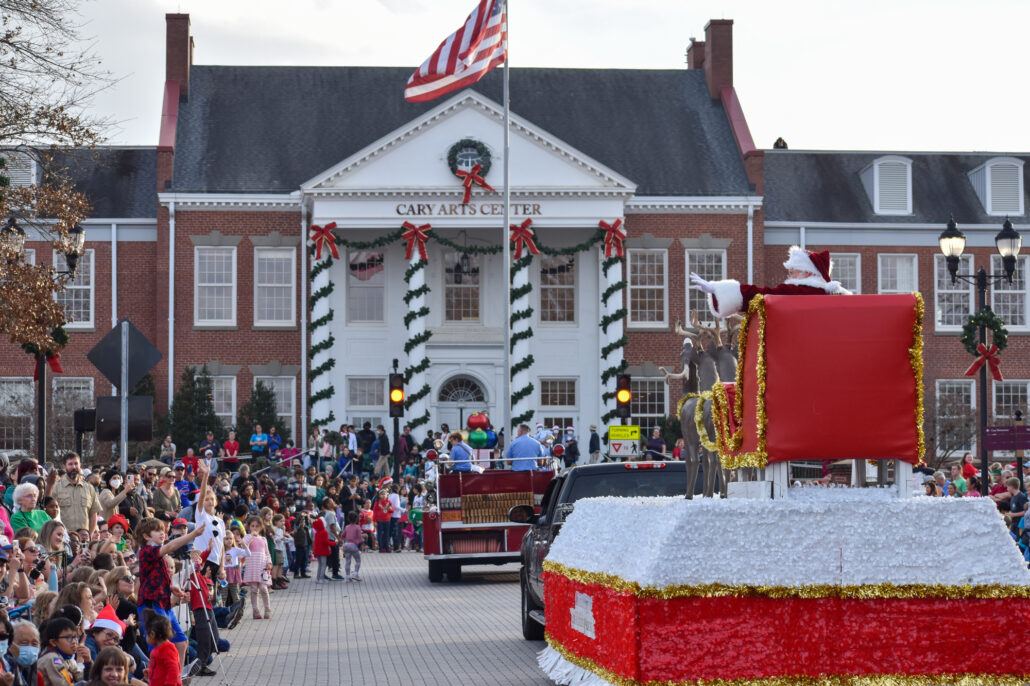 With the final turn of Santa’s float in front of the Cary Arts Center, the parade wrapped up and people started to walk in all different directions to return home or to their vehicles. Instead of moving, I stood there. I looked around and saw what I hope to be the turning of a new page in Cary’s story.

As the holiday season continues, I will remember those smiles, the family interactions that took place all around me and the palpable feeling of hope and community that was alive in Downtown Cary on Saturday.