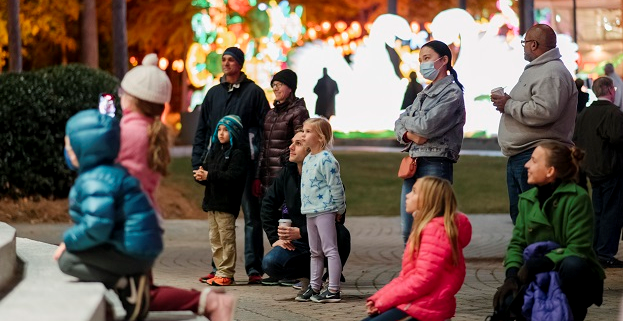 Cary, NC — This week’s activities were very limited due to Thanksgiving.

Monday I talked briefly to the town manager about an RTA conference.

Tuesday I attended the retirement ceremony for Fuquay Varina mayor John Byrne who served for 20 years. The ceremony started outside with the unveiling of the new name for the town hall building to be the John Byrne building.

Once inside, several speakers spoke and presented gifts to the mayor. Gifts included a flag flown over the Capital from Congressman David Price and the Order of the Long Leaf Pine from NC Secretary of Transportation Eric Boyette on behalf of the Governor.

Other guests included Congresswoman Deborah Ross, Fuquay commissioners, and several Wake County Mayors. There were at least a couple of hundred people in attendance. All were treated with a slice of cake and speeches that lasted a couple of hours. 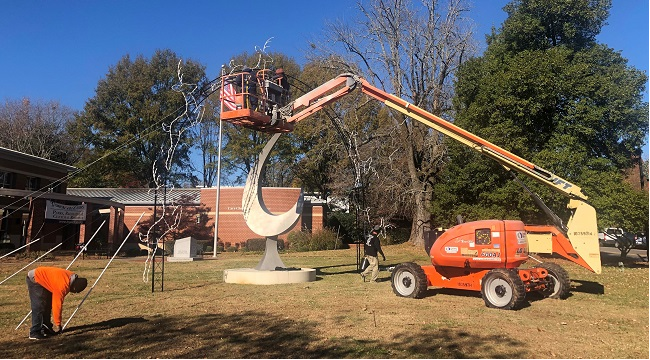 Thanksgiving happens to be my favorite holiday of the year, and I hope you will be able to enjoy time with your family as I will mine. I am incredibly grateful to our Public Works employees for making this a Christmas like no other in downtown Cary – complete with another menorah.

Next year, to add to all of the displays we will add a Kwanzaa ornament to the items. We are already receiving wonderful comments from families who are enjoying the new lights and displays. I hope you can come by Thanksgiving weekend when most things should be fully lit. 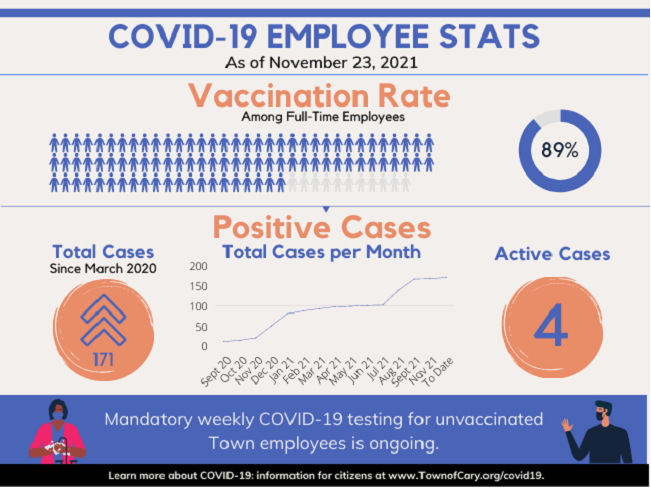 There are four active cases among town employees bringing the total since the pandemic began to 171. Town employees have a vaccination rate of 89%. Wake County is now in a high transmission rate. 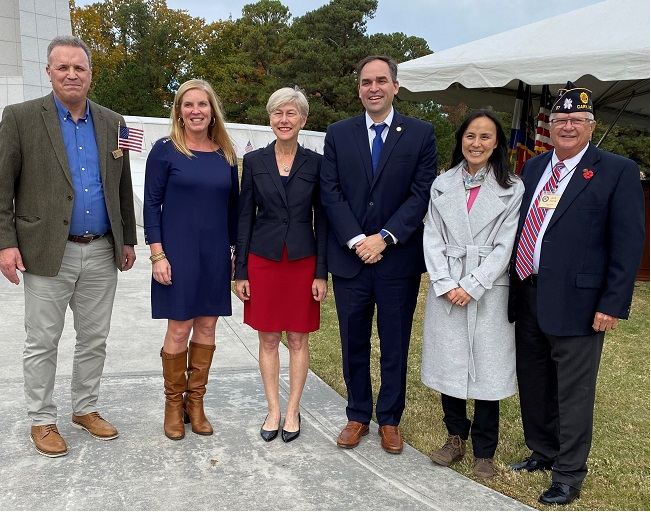 On Nov. 11, Council Member Jack Smith and Council Member Ya Liu, along with other elected officials, honored Cary’s Veterans through a program at the Veterans Freedom Park.

The event included representation from all service branches, along with music from the Old North State Brass Band. A proclamation from the Mayor was read and keynote remarks were given by special guest speakers Master Chief Curtis Leary from the American Legion and Gunnery Sergeant Jeff Sherman from the VFW.

Lunch for the Brave 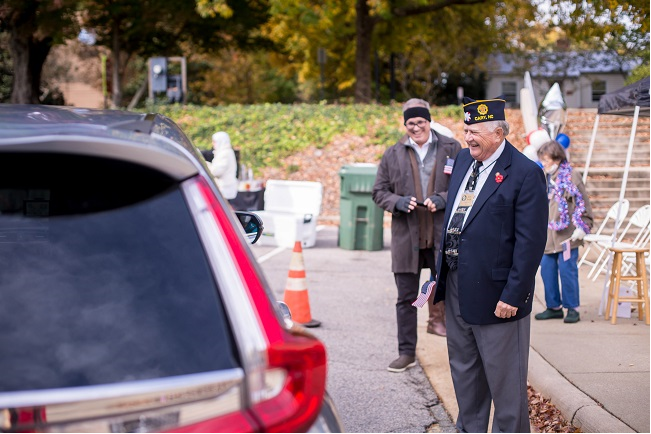 The participants received a party favor bag in addition to their hot lunch. Along the path they were entertained by the Town of Cary Band, Cary Christian School Choir and numerous volunteers and staff cheering them along.

Sarah Martin was announced as the 2021 Hometown Spirit Award recipient at the Town Council meeting on Nov. 9.

Prior to the announcement, a reception was held at the Page-Walker Arts & History Center and the Mayor honored each of the three finalists, Sarah Martin, Carla Michaels, and Barry Mitsch. Click here to learn more about the award recipient. 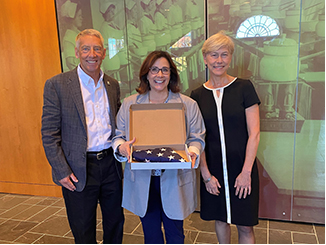 Congresswoman Ross received presentations regarding downtown initiatives and took a tour of the park. In honor of Cary’s 150th anniversary, she presented to the town a US flag that flew over the United States Capitol. 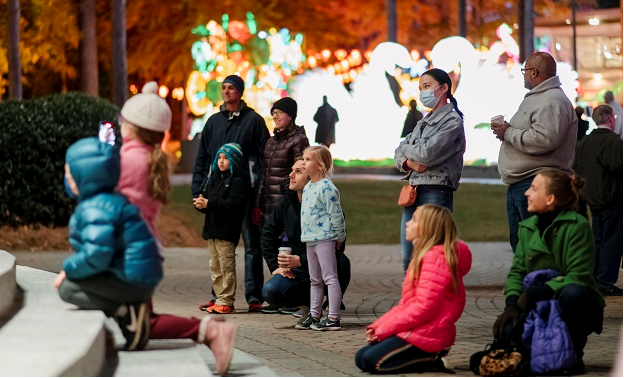 Prior to “flipping the switch” to signify the beginning of the Chinese Lantern Festival, Mayor Weinbrecht recognized all current and outgoing advisory volunteers from the stage.

As part of the redistricting education effort, citizens attended district open houses in District C and District A.

While there, citizens learned about services offered by the Town, including fire, police, and Cary it Green. District D and District B open houses will be held on Dec. 2 and Dec. 4. For more information, please visit townofcary.org/redistricting.

Conceived by Methodist University’s Center for Excellence in Justice Administration, the West Point Leadership Program is a challenging 16-week leadership course designed to inspire leaders to develop an informed, systematic, and dynamic approach to leading in police organizations.

WPLP is an adaptation of the third-year course PL300 Military Leadership completed by all cadets of the United States Military Academy at West Point, New York. 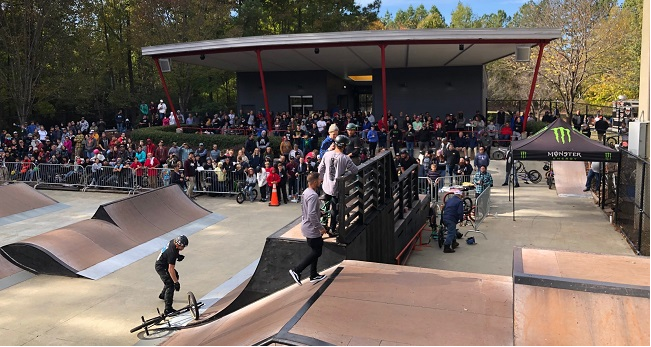 A game of HANDS is similar to a game of HORSE in basketball, one rider performs a trick and if the other rider cannot match the trick they get a letter, first one to spell HANDS is out. This was the largest gathering ever at the facility with over 300+ spectators and riders. 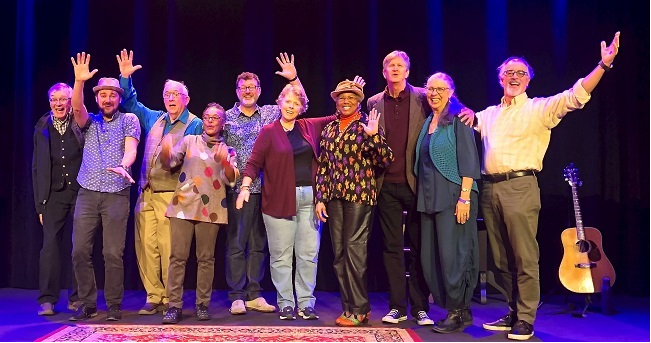 This unique event brought national and regional tellers to the stage, and the festival was presented by the North Carolina Storytellers Guild in partnership with the Town.

Well, that is all for this week. My next post will be on Sunday, December 5th. Although I have Facebook and Twitter accounts those are not the best means of communication with me. Please send all Town of Cary questions or comments to Harold.Weinbrecht@townofcary.org and email personal comments to augustanat@mindspring.com.