Monday I joined the town manager for our weekly one-on-one meeting. Our topics included affordable housing funding, infrastructure funding, my First Responders speech for December 1st, and various mini-retreat topics. We concluded after about 15 minutes.

In addition to our usual roundtable discussion, we said goodbye to three long-serving mayors: Fuquay Varina Mayor John Burn who served 20 years, Holly Springs Mayor Dick Sears who served 20 years, and Zebulon Mayor Bob Matheny who served 28 years (48 years including council positions and board appointments). Not only will I miss their advice and wisdom, but I will also miss them as friends. Best of luck John, Dick, and Bob on their retirement of public service.

Monday the Town Attorney sent out several links from the UNC School of Government on rezonings in North Carolina:

This is a great place to get an understanding of the what, how, or why of rezonings.

‘Flipping the Switch’ on the Chinese Lanterns 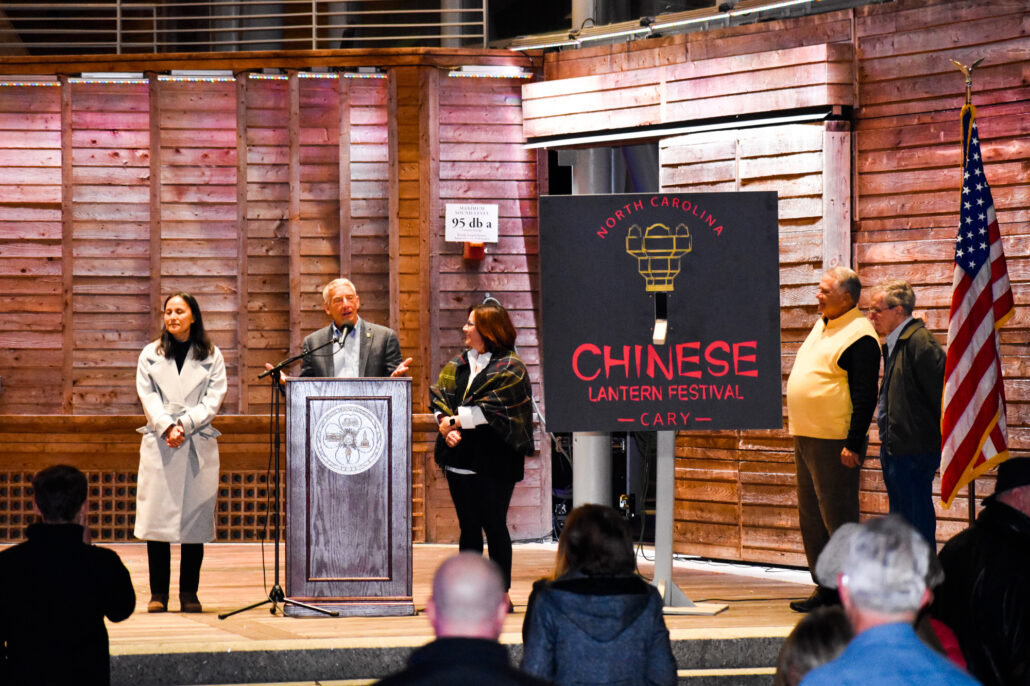 Tuesday I presented the State of Cary Update to the Cary Rotary at MacGregor. It was a presentation similar to earlier in the year with the latest updates.

The updates included the housing plan passed at the last meeting, road projects, development projects, and tennis center improvements. My talk lasted about 30 minutes and then I answered a couple of questions.

Tuesday night I provided welcoming remarks at the “flip the switch” event for the Chinese Lantern Festival. It was a sneak preview for VIPs which include council members, county commissioners, advisory board members, and staff members.

The Chinese Lantern Festival opens to the public on Friday, November 19th and runs through January 9th. There were a lot of new lanterns this year and I am always impressed by the 200-foot dragon on the lake which, btw, weighs 9 tons. This is a must-see and is a great family event perfect for holiday visitors.

The Raleigh-Cary area along with 20+ others represent CAMPO. This meeting included 5 consent agenda items, 2 public hearings, and 1 regular agenda item. The board unanimously approved the FY2020-2029 Transportation Improvement Program amendments which mostly included greenway and road projects in Raleigh.

Friday the North Carolina Metro Mayors met for a legislative update. Here is a summary from the Executive Director: 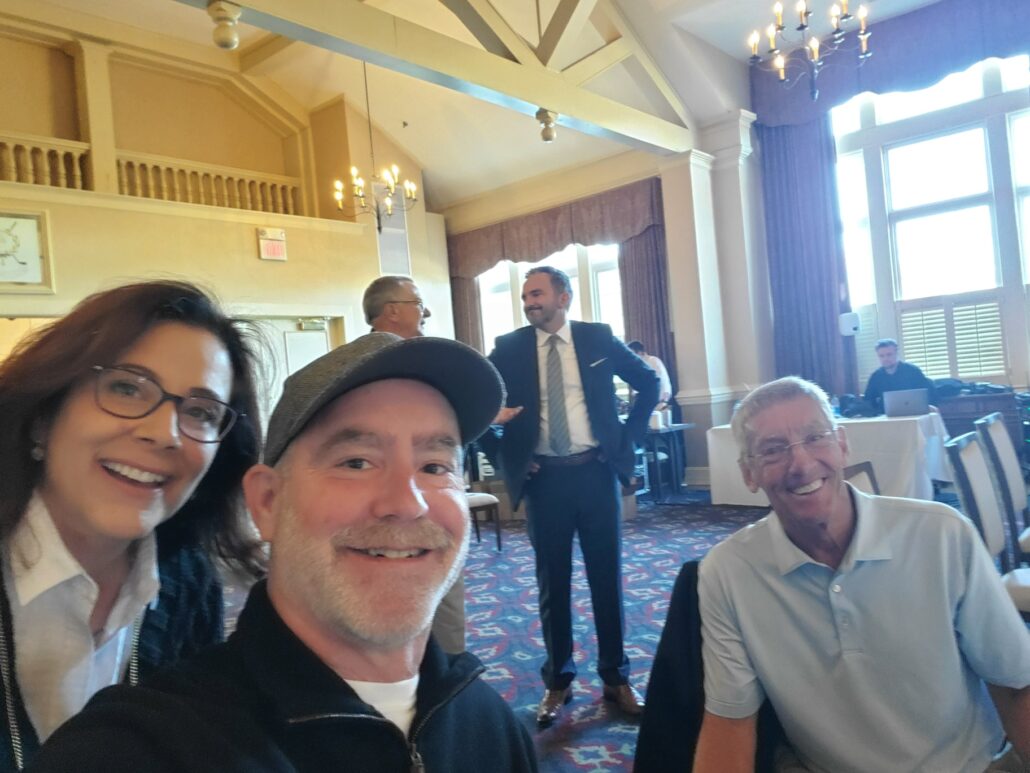 Friday the council and staff held a mini-retreat. Here are some of the topics and take-aways we discussed: 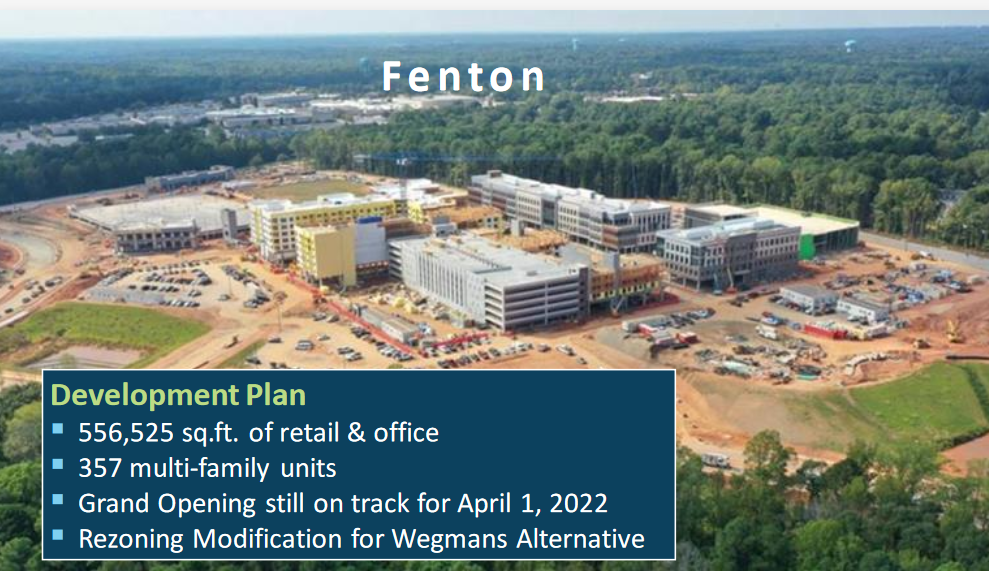 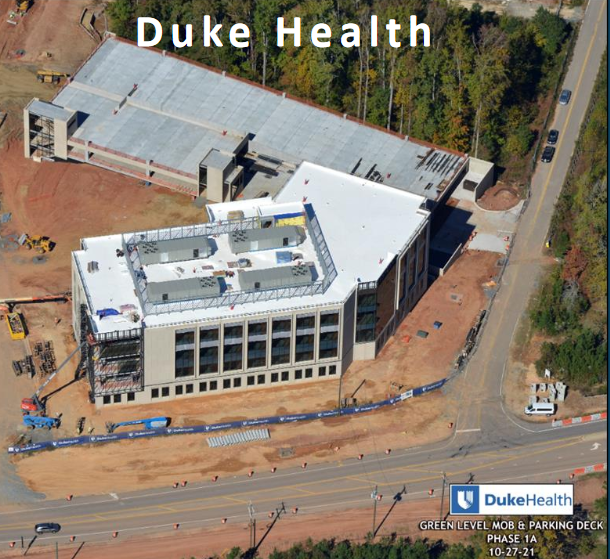 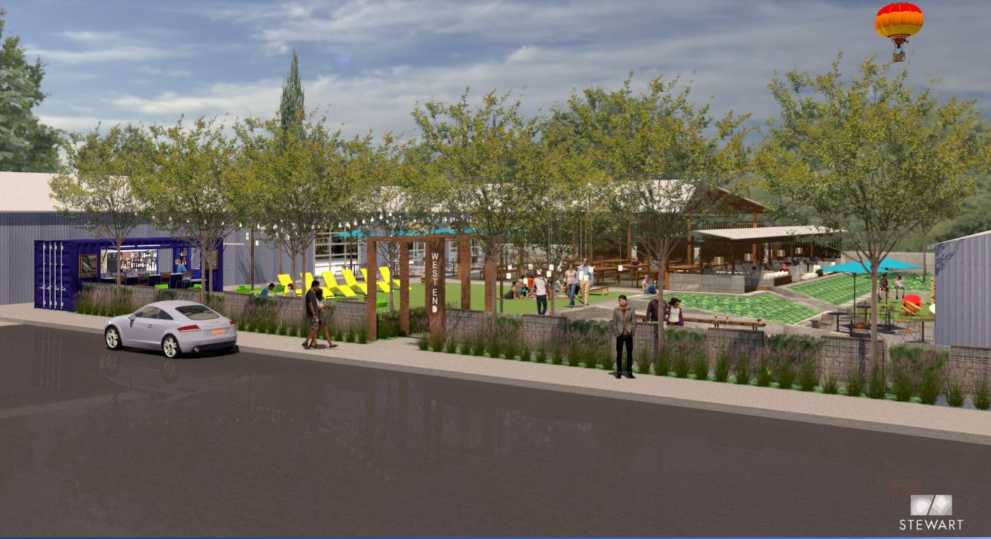 The retreat was not only jammed-packed with information but allowed us to interact with staff and learn about them. There is no doubt in my mind that Cary has the best staff in North Carolina.

Next week is Thanksgiving week so activities are limited. Activities include staff meetings, a retirement ceremony for outgoing Fuquay Mayor John Byrne, and a meeting of the North Carolina Metro Mayors.

Well, that is all for this week. My next post will be on Sunday, November 28th. Although I have Facebook and Twitter accounts those are not the best means of communications with me. Please send all Town of Cary questions or comments to Harold.Weinbrecht@townofcary.org and email personal comments to augustanat@mindspring.com.

From the blog of Cary Mayor Harold Weinbrecht. Images by Ashley Kairis & Town of Cary.