Cary, NC — Today, through the Cary Chamber of Commerce, it has been announced that Garmin, an established Cary resident company, has decided to expand their footprint here in Cary by signing a 12-year lease.

The Spectrum Companies announced that Garmin® International will relocate its Triangle-area operations to 63,213 square feet at Regency Creek in the prestigious Regency Office Park off U.S. 64 in Cary.

This location will provide the company with easy access to key highways, Research Triangle Park and Raleigh-Durham International Airport. The 12-year lease will allow the leading global provider of wearable technology and GPS-enabled products to bring its local team members together in a single location and accommodate the company’s growing workforce.

Garmin will become the anchor tenant in the mid-rise office building, occupying more than half of the building, including the entire third and fourth floors and part of the first floor. Move-in is expected in April 2022.

The move represents Garmin’s commitment to establishing a single contiguous location for long-term growth in Cary. Since establishing its presence in the Triangle over a decade ago, Garmin has steadily expanded its employee base in Cary – from 35 associates in 2010 to more than 150 at present.

“This collaborative project with Spectrum Companies was made possible by our decade-long relationship with the Town of Cary, the Cary Chamber of Commerce, and the valued contributions of our company’s associates. Its completion will position Garmin for growth well into the future,” said Chris Koszarsky, director of engineering for Garmin’s Cary office. 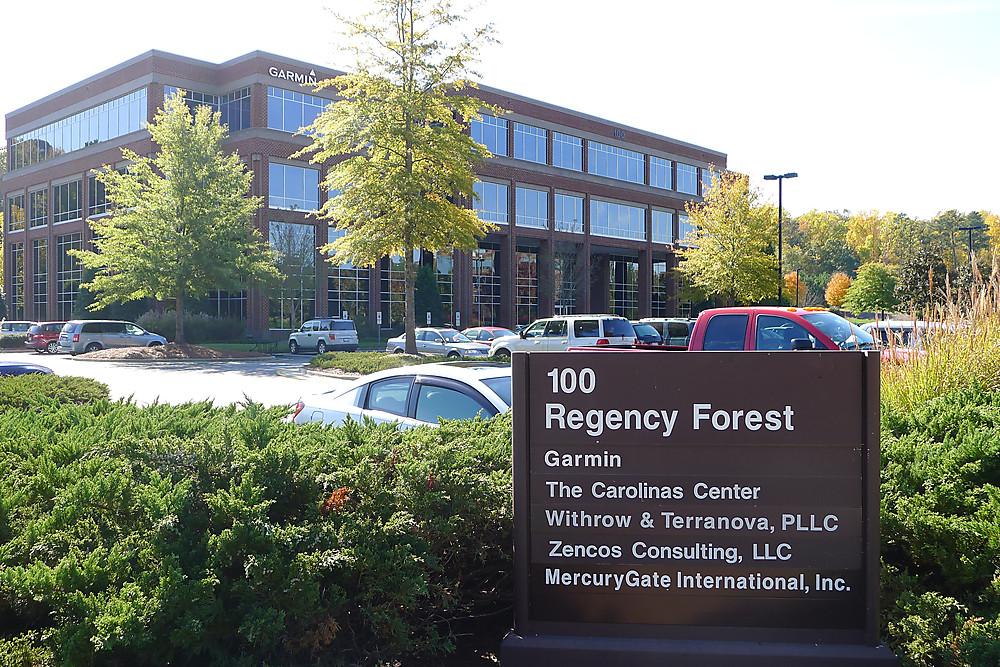 Mark Lawson, the President of Cary Economic Development and The Cary Chamber of Commerce said,

“We are incredibly excited that Garmin has chosen to continue to grow and expand their operations here in Cary. Chris and his team have accomplished amazing things in their decade-long tenure in Cary and their continued commitment to this community is exemplified in this announcement. Garmin has been an incredible partner and we look forward to continuing to foster that relationship as they continue to expand.”