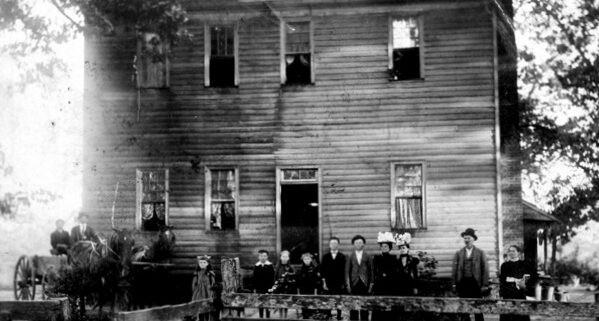 Cary, NC — The last story we’ll leave you with before Halloween this Sunday is this haunting tale of an old Cary home and its mysterious reputation.

Note: This story originates from Around and About Cary (1994) by Tom Byrd and Jerry Miller with adaptations from Jessica Patrick. See more tales from years past, like this one, in the CaryCitizen Archive. 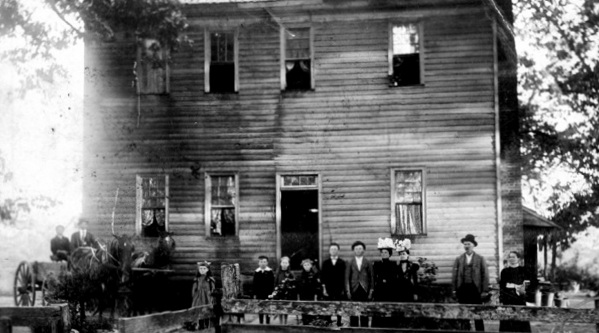 The Ghost of High House

One night, in the early 1900s, Leander Williams had a vivid dream that his family’s old home, the home in which he had grown up, had valuable treasure buried beneath its hearth. He told his mother of his vision the next morning only to find that she’d had the same dream.

Together, they rushed to the old home, dreams of great fortune swimming in their heads. When they reached the hearth, though, chills ran up their spines. Someone had already been to the home the night before and had torn the hearth apart, brick by brick.

Every good storyteller knows that, without context, a completely made-up ghostly tale isn’t quite as frightening as one that has a little bit of truth to it.

The story I told you above is quite true – in fact, it comes from a history book – and, arguably, that’s one of the most reliable sources out there. I actually use Around and About Cary, a detailed account of Cary’s history, on a weekly basis. It was right there, on page 12, that I came across The Ghost of High House. In the spirit of Halloween, I couldn’t resist publishing it.

As I said, there’s nothing spookier than a ghost story that has roots and connections to real places and times. Sure enough, The Ghost of High House takes place right here in Cary.

Leander Williams, who discovered the disheveled hearth of his family’s Cary home, was born in that house in 1883. The looming, two-story white home stood perched on top of a hill, and, since it was one of the tallest homes in Cary at that time, generations called it the “High House.”

The house is no longer standing, but it once stood near what is now the 500 block of High House Road.

I asked around to my history friends to find out what became of the High House.

According to Kris Carmichael, an older man visited Page-Walker one day and told her that the house burned down sometime in the 20th century. He said that, according to local lore, a group of boys were trying to smoke out a beehive that was in the wall of the High House to collect some honey. In doing that, they accidentally caught the home on fire.

Rumor has it that even before the home caught fire, its entire structure had been torn to pieces. Other people in the community had heard of Leander Williams’ dream, and they visited the home frequently to dig selfishly in the walls and in the ground in search of treasure.

Tale from Around and About Cary (1994) by Tom Byrd and Jerry Miller. Story adapted by Jessica Patrick. Photo of the High House from the Page-Walker Arts & History Center.

See more unique stories of Cary’s past in the CaryCitizen Archive.