Cary, NC — Cary’s Film Festival, “BEYOND,” returns to The Cary Theater from October 7-10 this year.

The 4-day film festival will feature 35 independently produced short films as well as workshops, a screenwriting masterclass and table read.

Produced by the Cary Theater, BEYOND is a welcoming small-town North Carolina film festival that’s known for its hospitality and convenient walkability.

The name BEYOND pays homage to the theater’s slogan “Beyond Ordinary” which originates from the Town’s name from the late 1700s as “Bradford’s Ordinary.” It also represents a mission of going above and beyond in providing a unique setting to experience affordable art-house cinema in downtown Cary. 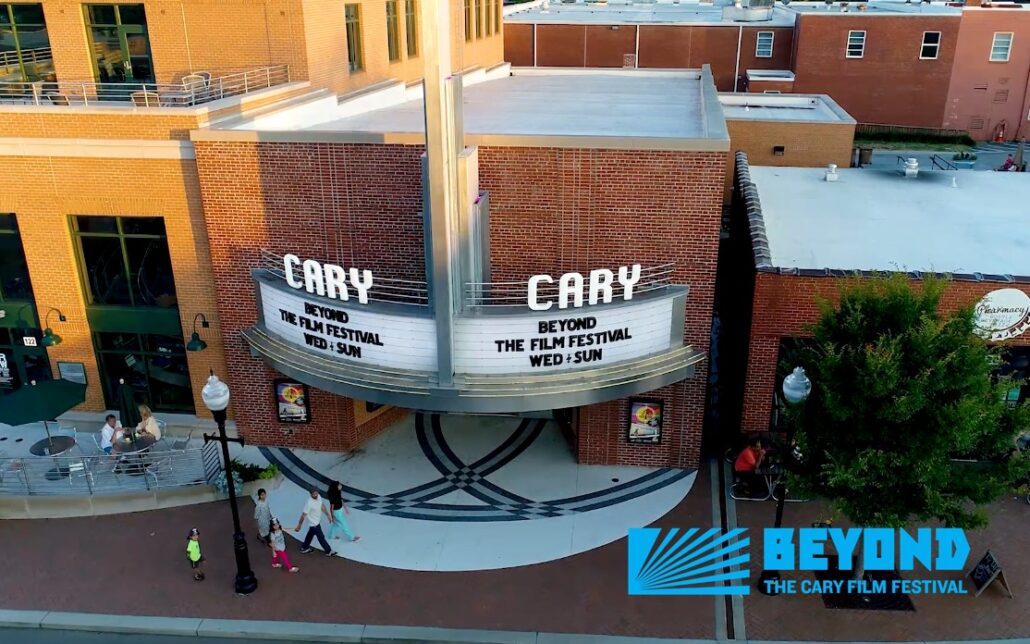 The theater received a record number of entries this year, inviting 35 unique films for the festival competition. Each will screen in-theater with several workshops, filmmaker Q&As, and a table read planned throughout the 4-day film festival.

The films will be split into four blocks with multiple viewing opportunities throughout the festival. Here are the showtimes and the featured shorts. For more information and plot summaries, see the festival films page.

Beyond Film Festival 2018 hit the downtown fountain area for an outdoor film viewing.