Cary, NC — This was my second slow week in a row. I am enjoying this before the active fall season.

Monday I met the Deputy Town Manager and a key staff member to go over the quarterly meeting agenda.

The quarterly meeting, which will be held next Thursday starting at 1:30 PM, we plan to have an update on our branding effort, an update on the downtown park, a financial update specifically on pandemic relief funds, a development update, an update on housing, and an update on the Cary 150 celebration. This meeting is currently scheduled to be held at the Courtyard by Marriott at 1008 Parkside Main Street in Parkside Commons.

Read-Through of “Cary the Stories” Play 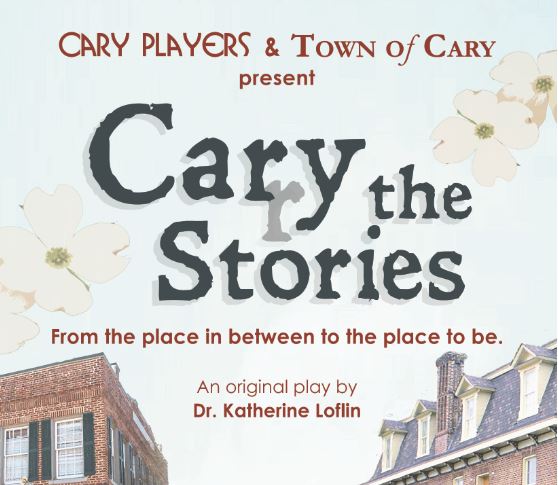 Tuesday I participated in a read-through of the play “Cary The Stories” which is part of the Cary 150 celebration. It was difficult since we were all masked. We finished after a couple hours with the intention of starting rehearsals next week. Unfortunately, due to the Delta variant of the pandemic, the play has been postponed indefinitely.

Thursday I participated in a fundraising golf event for educators at MacGregor Downs which was held by the Cary Chamber. It was well attended and raised much-needed funds that will be used to recognize our educators. God bless all our educators for everything they do!

Saturday the council was supposed to participate in a ribbon cutting of the newly renovated First Christian Church cemetery. Due to the rainy weather we decided to postpone the ceremony until the fall. 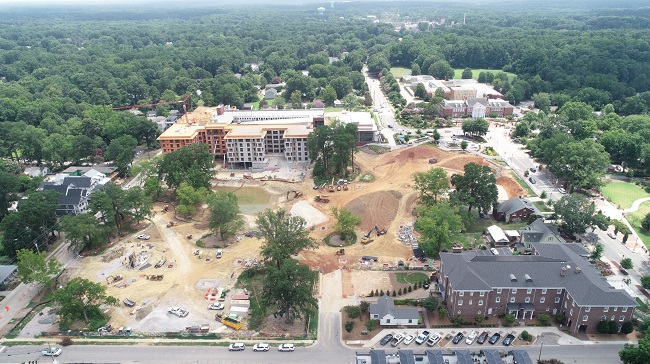 Eleven building permits have been issued for the Downtown Cary Park buildings and elevated structures in the park. The first permit was issued at the end of June for the Bark Bar to maintain the current construction sequence. Permits were issued in early July for the Gathering House, Nest Restroom, Performance Pavilion, and Academy Pavilion along with permits for the Canopy Walk, Nest Bridge, Shade Sails, Storm Water Bridge, ADA boardwalk, and stormwater vault.

On Monday, the Cary Zoning Board of Adjustment held their first in-person meeting since March 2, 2020. Five members of the public attended in addition to members of ZBOA, staff, and the applicants.

The Board unanimously approved two variance requests for encroachments into the rear yard setback and one variance request for an increase in the size for accessory structures.

Development plans have been submitted for the redevelopment of the former Northwoods Building site, 145 West Chatham Street, and surrounding property owned by Northwoods Jordan Building, LLC, First Baptist Church, and the Town of Cary.

Town Council approved the development agreement for this project on December 12, 2019. The development plans include a 240,000-square-foot multi-family building, an 82,000-square-foot commercial/office building, a parking deck and associated public infrastructure including sidewalks, driveways, surface parking, and stormwater collection and detention facilities.

July was National Park & Recreation Month, and we celebrated all month long by sharing #OurParkAndRecStory.

Citizens discovered a new appreciation for the essential services that kept us recreating during a difficult year. See how our parks, greenways and recreation programs make our community stronger, more vibrant, and more resilient in this video.

Construction of this year’s annual water main replacement project is advancing, with new water mains installed along a portion of E Cedar Street and along Cary Street, just behind Town Hall. 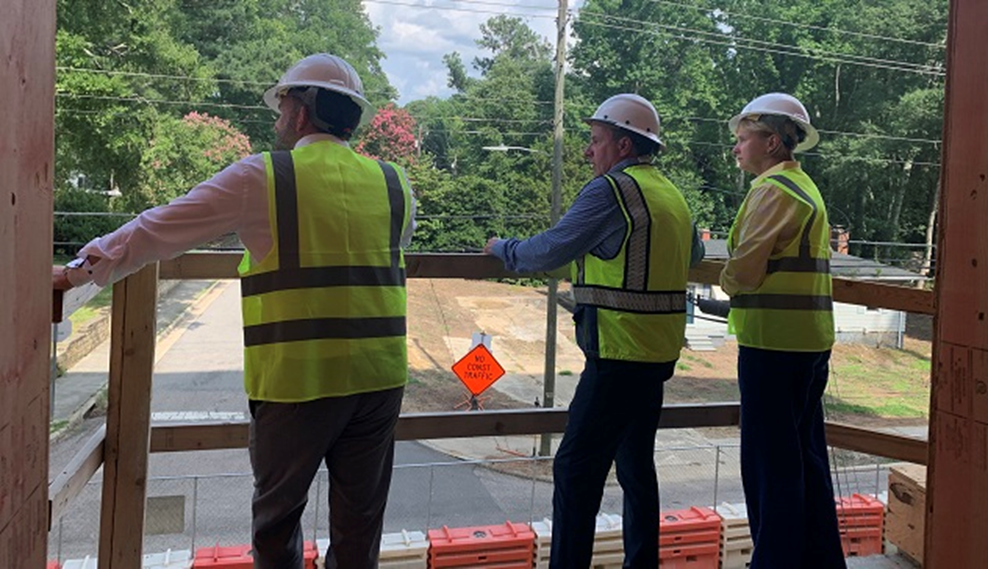 One of the development’s owners, Bill Zahn, and key members of his construction team treated Town Manager Sean Stegall and Chief Strategy Officer Susan Moran to a hardhat tour of The Walker – impressive!

From the apartments’ amazing views and thoughtful amenities to the “sky lounge,” it’s no wonder the waiting list has dozens lined up. Expect to see citizens there a year or less from now.

The various agencies displayed vehicles and set up booths to showcase equipment and provide information to patrons. 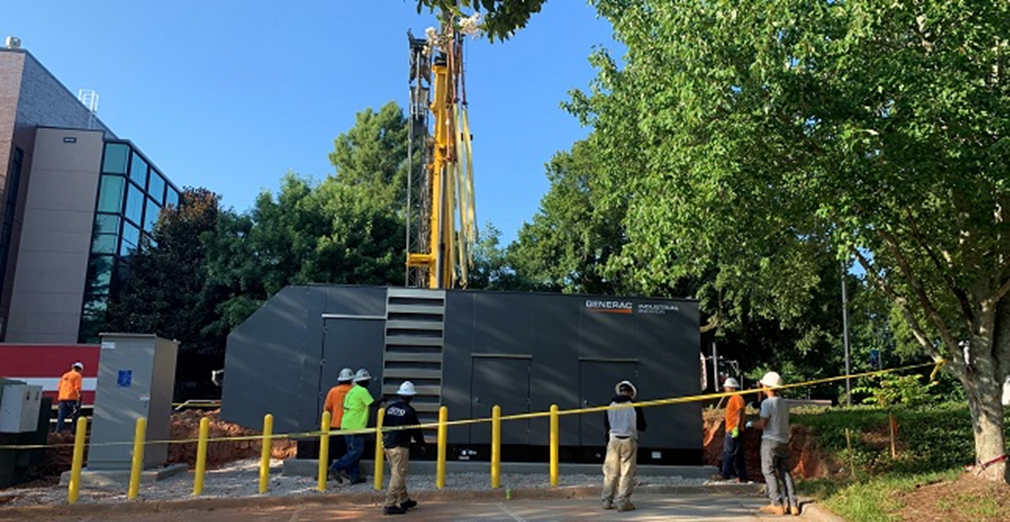 The concrete pad and transfer switch were installed early in the week for the 750 kilowatt town hall generator to be set on Thursday.

Planning continues for the connection to natural gas, electric services, as well as Town Hall’s electric system in the coming weeks. Screening of the noise attenuated generator will be accomplished with a retaining wall and landscaping following all connections. 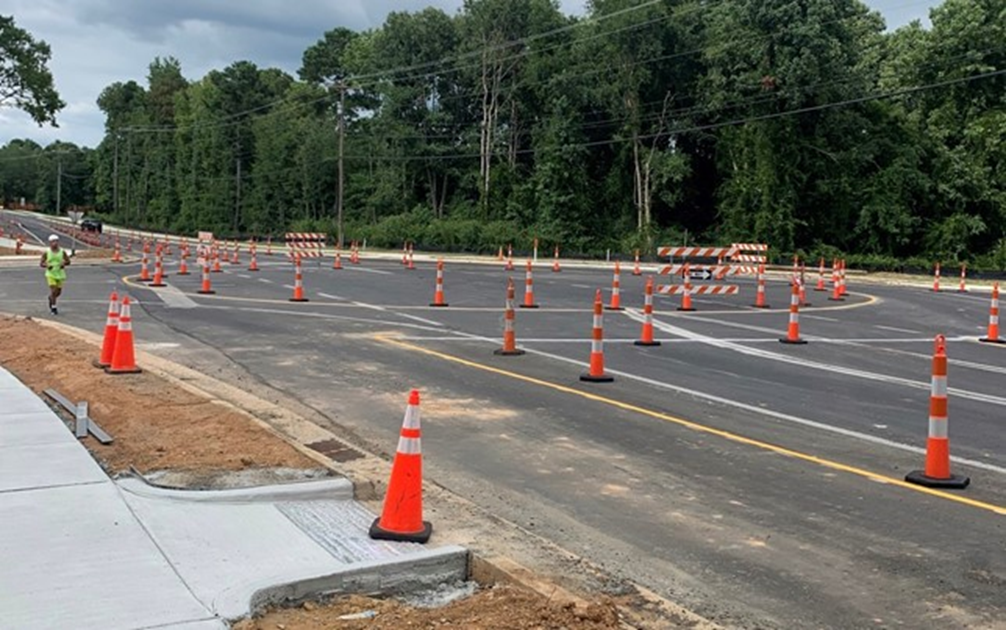 On Wednesday, Reedy Creek Road was fitted with a roundabout traffic pattern at its intersection with Reedy Creek Schools and Wyatt’s Pond Lane.

Contractors will be using traffic cones and signs to direct traffic around the intersection in the new roundabout pattern. The traffic cones will provide the contractor with the room they need to construct the median and roundabout islands at this location.

Motorists should continue to stay alert within the work zone as lane closures will be used as needed. For more information regarding roundabouts, please visit the NCDOT website. 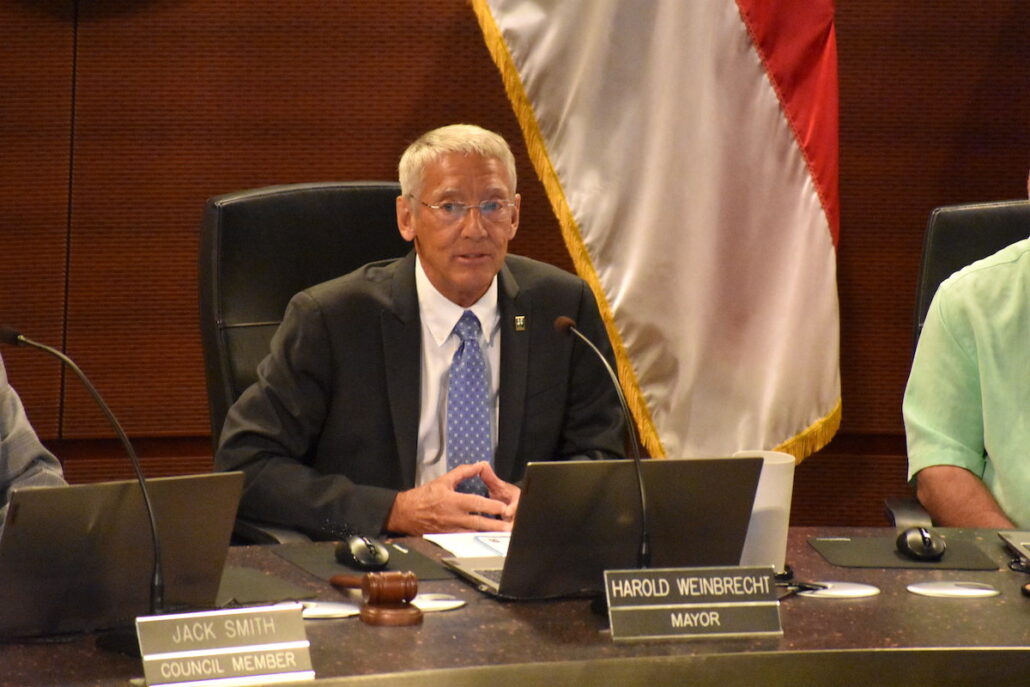 This week I received several cut-and-paste emails from the anti-vaccine group threatening to vote me out of office if I didn’t protect their rights to not have a vaccine. Here is an excerpt from my response to those individuals:

Thanks for contacting me.

Vaccine mandates are usually from the state and federal level not from the local level. Private businesses, like my employer SAS, are also requiring vaccinations. However, while the Town of Cary employees are not required to be vaccinated, they are required, as is everyone else, to wear masks inside town facilities. This will continue for the foreseeable future.

I strongly believe in the overwhelming data about vaccines. I was vaccinated at the first opportunity. I also believe that people claiming the right to not to be vaccinated is similar to claiming a right to drive drunk. That is, it is irresponsible, reckless, endangers themselves, endangers their families, and endangers others. On this point we will strongly disagree. I cannot support your request.

Can you imagine what this country could accomplish if we stop the hate and threats and actually worked together on differences and looked for compromise? The Cary town council does that. We have members on the political far right and on the political far left. We have one Republican, two Democrats, and four Independents. In our decision making we listen to citizens, listen to staff, and listen to experts. But most importantly we listen to each other and respect each other and our differences. We vote and respect the vote. That is how democracy is designed to work. As a result, Cary has had the highest quality of life with the lowest tax rate during the 14 years I have been mayor.

I am sorry that we strongly disagree with each other on this issue. While I respect your right to oppose vaccinations, I do worry about yours and others safety. I pray you and all those around you remain safe.

Other emails this week included:

Activities for next week include staff meetings, an interview, the Cary Chamber of Commerce leadership dinner, council-staff quarterly meeting, and a North Carolina Metro Mayors meeting.

Well, that is all for this week. My next post will be on Sunday, August 15th.  Although I have Facebook and Twitter accounts those are not the best means of communications with me. Please send all Town of Cary questions or comments to Harold.Weinbrecht@townofcary.org and email personal comments to augustanat@mindspring.com.