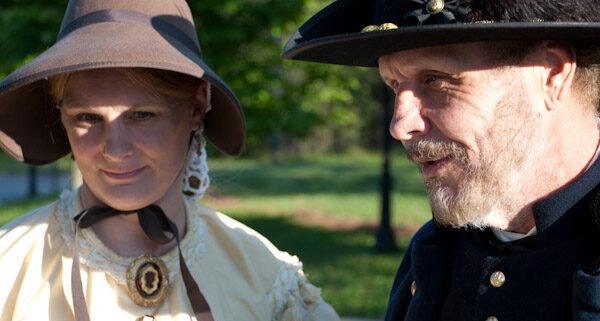 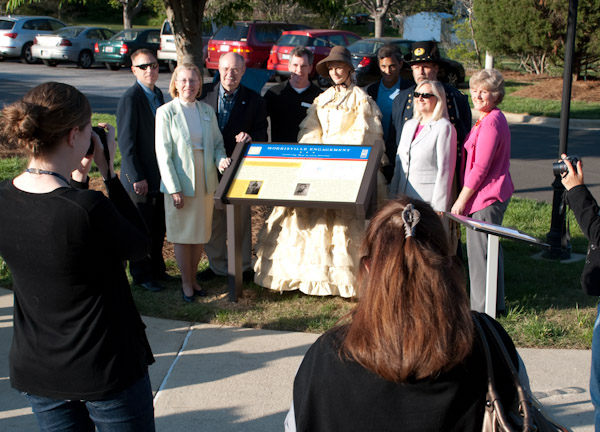 The Town of Morrisville dedicated a Civil War marker on Friday, April 13, 2012, commemorating the Battle of Morrisville—quite possibly the last engagement of the Civil War. 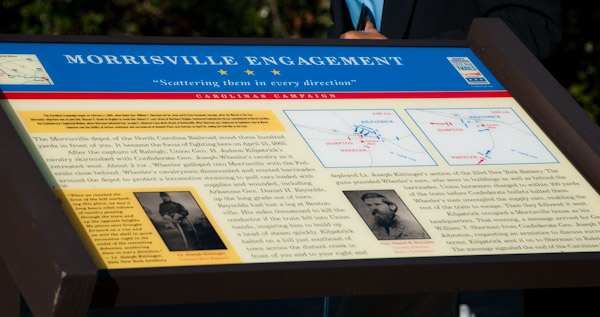 The Battle of Morrisville, April 13-15 1865, is actually classified as an “engagement.” Union troops, rolling west from capturing Raleigh, shelled the Morrisville railroad junction. Confederate troops fought a delaying action with cavalry and infantry as they tried to evacuate wounded soldiers as well as supplies to the west. The Page House in Morrisville, recently designated a Wake County Historical Site, still has bullet holes and artillery scars in the brick chimney from the battle.

The Battle of Morrisville may have been the last official engagement of the Civil War. Confederate General Joe Johnston was in contact with Union General William T. Sherman, setting the stage for their April 17th meeting at Bennet Farm in Durham and the largest surrender of rebel forces during the War. Lee had already surrendered at Appomatox and Lincoln was dead.

The marker, dedicated on the 147th anniversary of the engagement, now officially puts Morrisville on the North Carolina Civil War Trail, as well it should be. 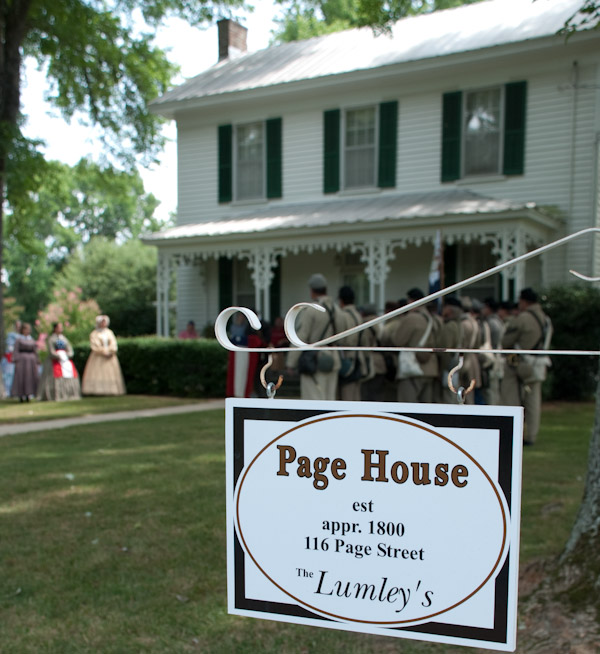 Story and photos by Hal Goodtree.