Cary, NC — Katie Zaferes, a 32-year-old elite athlete who recently moved to Cary with her husband Tommy is now, for the first time in her career, an Olympic medalist.

Getting on the Olympic Roster 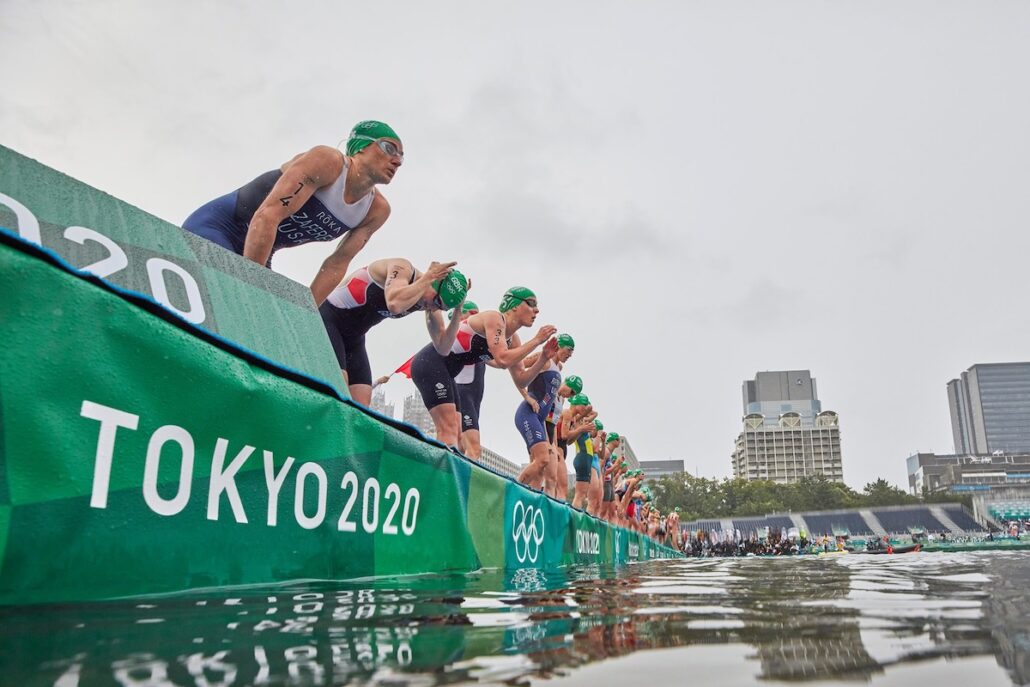 The road leading up to Tokyo was anything but easy for Zaferes. She failed to qualify for the 2020 Olympic Games in 2019 due to a crash.

Despite this setback, she went on to compete just 2.5 weeks later in the ITU Grand Final in Lausanne Switzerland where she won her first World Championship. When it came time for a selection committee to name the final athlete to compete in Tokyo, they chose Zaferes—which proved to be a winning decision.

Starting the Near 32-Mile Journey in Rainy Tokyo

The triathlon star’s success began with a dive into the waters of Tokyo Bay after heavy rains delayed the start time. Announcers during the event said it was the first time in Olympics history that the triathlon was held in the rain, but the inclement weather surely didn’t slow down the competition a bit.

All 55 athletes pushed through the unique conditions for a .93 mile swim, a 24.8-mile biking segment and the final sprint of the 6.2-mile run. 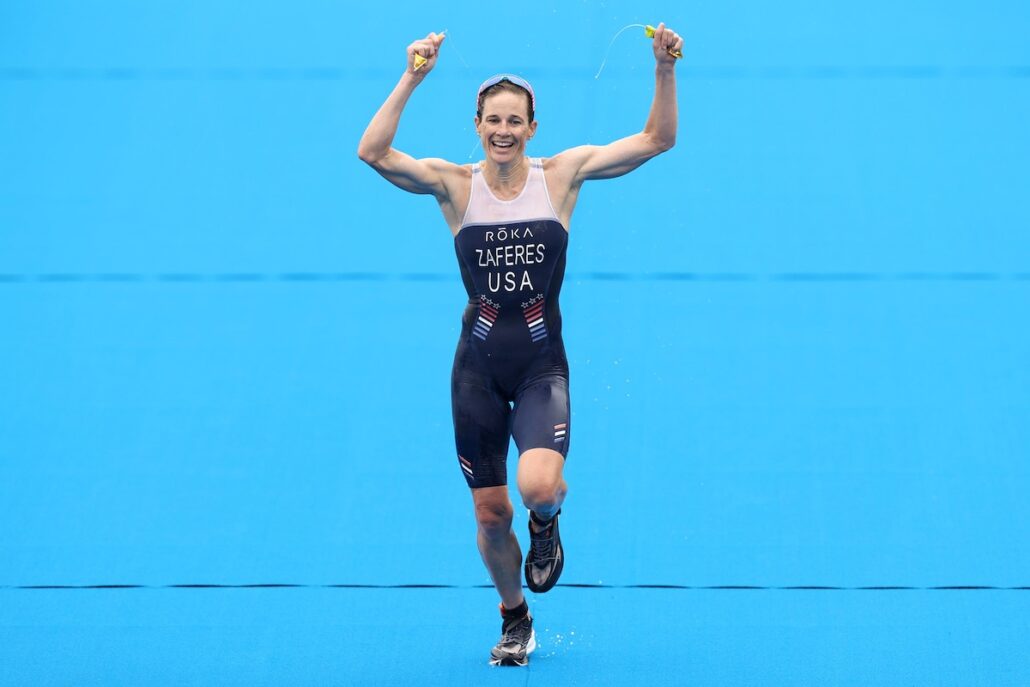 Zaferes stayed consistently at the front of the pack, claiming an early 3rd place spot coming out of the water and heading into the bike segment. At the 1 hour, 23-minute mark—when the leaders transitioned off the bikes and into their running shoes — Zaferes got into first place with athletes from Bermuda, Germany and Great Britain right on her heels.

After a grueling 6.2 miles, 33-year-old Flora Duffy of Bermuda was the first to cross and hoist up the banner, making history with her country’s first-ever Olympic Gold Medal. Following her just over a minute later was the silver medal winner, Georgia Taylor-Brown of Great Britain.

And, just 13 seconds behind Taylor-Brown was Zaferes who brought home the Bronze for Team USA.

An Emotional Tribute to Her Father 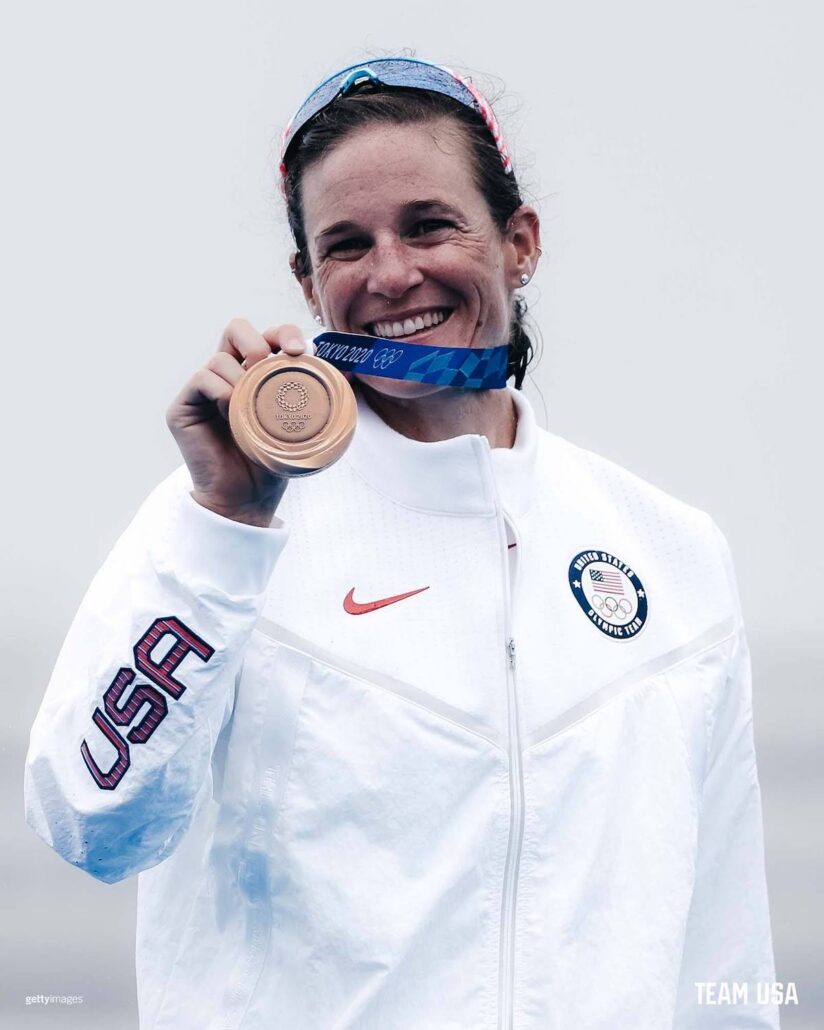 In a moment of reflection after earning her first-ever spot on an Olympic podium, Zaferes acknowledged her emotions surrounding her father’s recent death in April and a remarkable moment she had on the course. She was quoted on the official USA Triathlon page, saying this:

“I saw a rainbow during the race and thought, ‘Hey Dad!’ He would have been crying. He would’ve been so proud and so happy.”

Zaferes also shared how her father would remind her before every race to race hard, but above all else, have fun. She said with confidence that’s exactly what she’ll continue to do as she enters this new phase of racing where her Dad will continue to be with her, in spirit.

“I ask for his guidance, strength and joy for the road ahead,” Zaferes said on the official Team USA page. 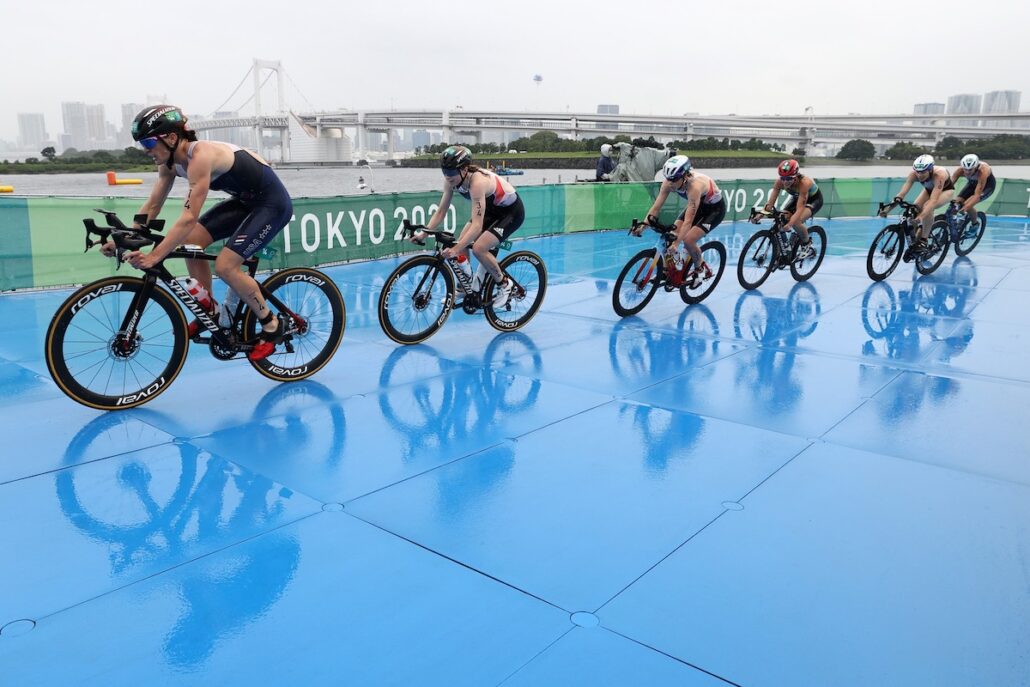 For those unfamiliar with the international triathlon competitor, here’s more on Zaferes’ background.

Growing up in Hampstead, Maryland, Zaferes was heavily involved in sports as a child. After graduating high school, she competed in track & field for Syracuse University, specializing in the steeplechase.

She was then recruited into the sport of triathlon through the USA Triathlon Collegiate Recruitment Program. Zaferes began competing as an elite triathlete in 2013 and qualified for the 2016 Olympic Games where she finished 18th.

Since the 2016 Olympics, she has steadily worked her way through the international rankings, placing fifth in the overall ITU World Triathlon Series rankings in 2015, fourth in 2016, third in 2017, and second in 2018. In 2019, she crashed in the Tokyo test then won the ITU Grand Final in Lausanne Switzerland 2.5 weeks later, thus winning her first World Championship.

Zaferes purchased a house in Cary, NC with her husband Tommy Zaferes who works as a sports photographer at the events and trains full time with Katie. They’ve been in the area since early 2021 and both enjoy all the greenways and different training opportunities the area provides them.