Cary, NC — The folks behind the Cotton House Craft Brewers taproom on Academy Street have announced the grand opening of their second Downtown location that will house a new beer company called Triangle Beer Co. and a new food program called Craft Concepts.

The grand opening of Triangle Beer Co. at 320 E. Durham Road, will run from noon to midnight on Saturday, June 26 and will include live music, food and local vendors.

A New Brand of Beer & A Mobile Kitchen

Triangle Beer Co. is located in the former Jordan Lake Brewing facility and will house brewing operations for both Cotton House as well as the new taproom. The new location will feature 16 taps, including current favorites that will continue to be found at Cotton House, as well as many new flavors exclusive to the new location.

Webb continued to say, “We’re thrilled to now have a local production facility that doubles as a second taproom, and the kitchen is an addition we’ve looked forward to ever since we started out. We love the Cary community, and we’re excited to offer a new place for people to come hang out and enjoy great beer and locally sourced food.”

Enjoy the First Brews & Bites at the Grand Opening 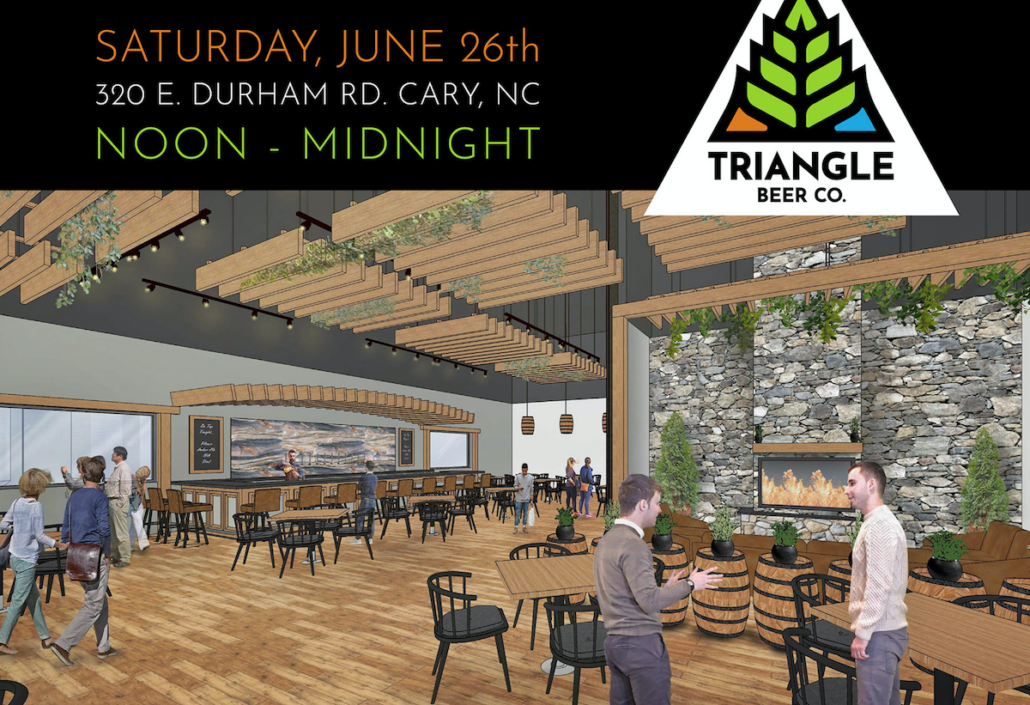