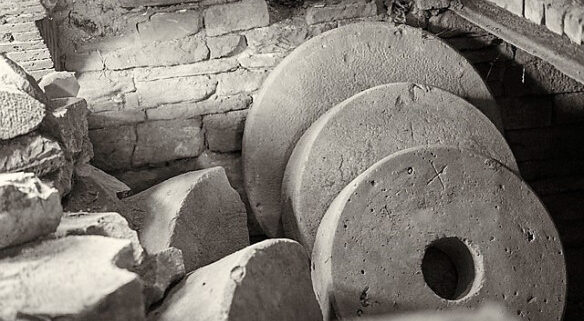 Matthew 18:6 says, “If you cause one of these little ones who trust in me to fall into sin, it would be better for you to have a large millstone tied around your neck and be drowned in the depths of the sea.” 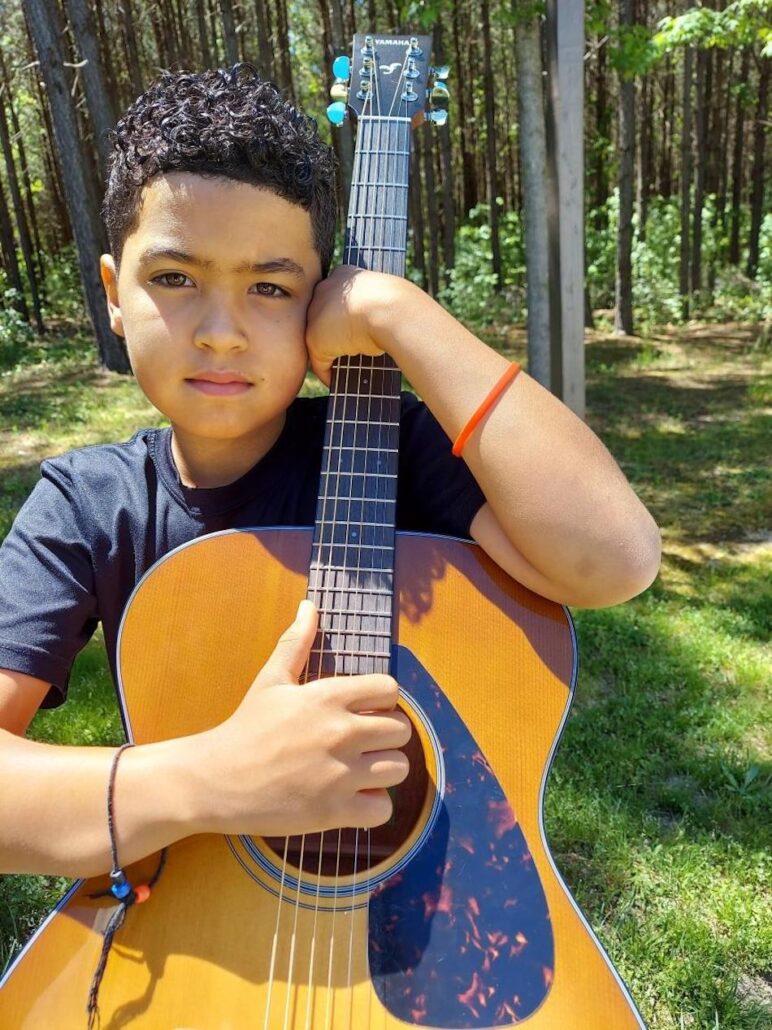 At the very first guitar lesson, my son’s guitar teacher, Robbie Brown, said, “Kassidy, create your own unique style and make a sound that you like.”

Robert Johnson, Mississippi John Hurt, Muddy Waters, and Howling Wolf are all blues legends. Their music is why my son wanted to play guitar. As influential as they have been, though, Robbie is teaching him to learn from them, not to follow them.

Watching my son create his own art as a musician is what inspired me to write this article—because I could have ruined his creativity years ago before it ever got the chance to flourish.

It was both the fear of him taking the same roads I took and the hope to protect him from the world that led me to almost put him under my thumb. Doing that would’ve destroyed the creative person God created him to be.

My past is full of really bad decisions that I’m not afraid of or too ashamed to own. I don’t blame not having a father because my mother taught me right from wrong. I don’t use being black as an excuse because God doesn’t make mistakes, and He’ll never put my destiny in human hands.

I don’t put any of the blame on our government or the system in which it’s instituted because my becoming an addict was the end result of my own decision. I knew exactly what I was doing. Not even the people around me that were overdosing and dying scared me enough to say no to it. This all became the blueprint for my parenting. 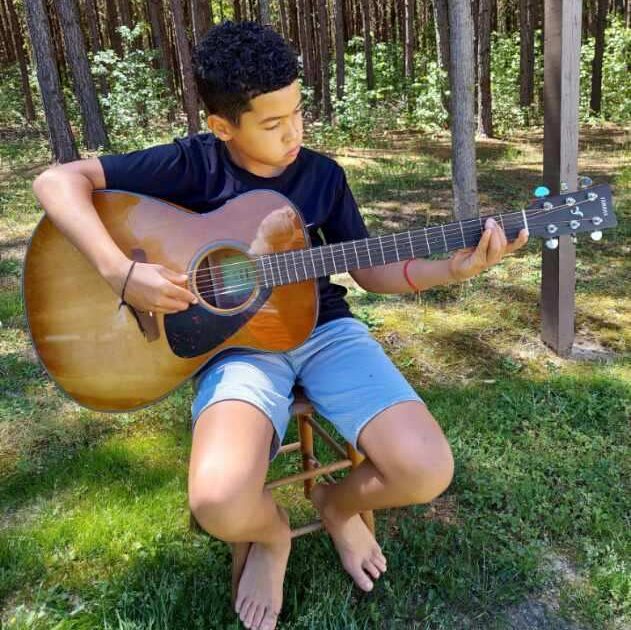 I became so obsessed with leading Kassidy down a different path that I didn’t realize I was forcing the old me on my new child. I was trying to do new things the old way. My intentions were good, but all of my reasoning was driven by fear. My amazing wife could see what was happening and decided we were going to have a come to Jesus moment, and I’m glad we did.

Kassidy was four at the time, and he’s ten now. He’s a beautiful, smart, wise fella with an old spirit. The greatest thing about being a father is being his father. I said all of that to say this — Raising a child based upon who you think they should be and not letting them develop into who God created them to be is like saying, “God, step aside and let me show you how it’s done.”

When we parent like that we’re basically killing a spirit that hasn’t even had a chance to grow.

America has become a country that’s controlled by trends and no truth. Culture seems to matter more than Christ.

We’re so obsessed with being woke that we don’t even realize all we really need is an awakening. Cancel culture is telling us it’s okay to leave people behind wounded and broken when they make a mistake when Jesus encourages us to carry each other’s burdens.

Body image wears its own crown and is completely clueless to the fact that we were all created in the image of God. Although the religious people of Jesus’s day didn’t agree with His beliefs or His teachings, Jesus never responded with violence. He didn’t insult them, He didn’t destroy their property, He didn’t guilt-trip them to make them feel bad about who they were, and He never tried to turn His ministry into a movement.

Romans 12: says, “Do not copy the behavior and customs of this world.”

Culture lies to us and says our world is better if we set up an “us against them” community. If you’re not angry, complaining about something, or creating your own angry hell-raising herd, you’re socially awkward. To stand as an individual and follow your own heart now qualifies you as the problem and not the solution. Humility has been lynched.

Put Away the Judgement 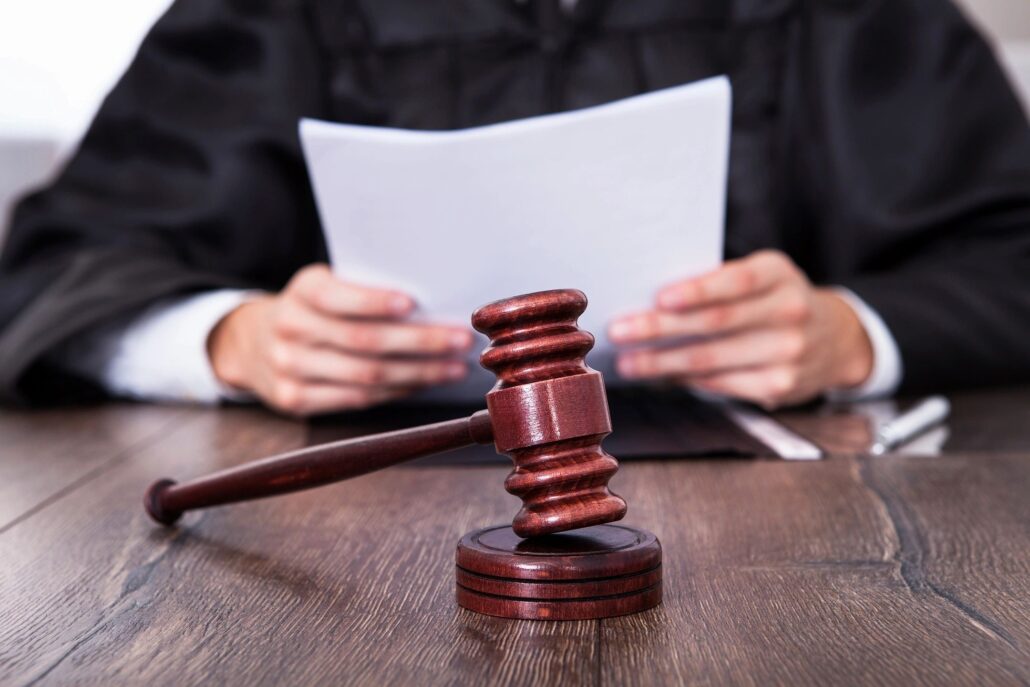 If you’re black and you don’t follow the big crowd that now dictates what black should look like, you’re seen as what’s wrong with the black community. If you’re white and you don’t curse the color of your skin as a sign of respect for the black community, you’re seen as a racist. And why is it like this? Because the culture said so. And to everybody that wants to blame the media, God is going to blame you.

On judgment day there will be no CNN, no Fox News, no CBS, no WRAL, and no New York Times. When we stand as individuals before God, not one single news station will be there to answer for us when Jesus asks, “What did you do with the children I entrusted you with?” This culture of entitlement worships emotions. Human opinions have never gotten anybody into Heaven or kept anybody out of hell. And yet, we roll out red carpets as if to say they deserve their moment to be adored.

If Jesus Christ didn’t come to judge, then why are we walking around with custom-made hand-carved gavels? Look at this scripture from Proverbs.

Proverbs 4:7 says, “In all things get an understanding.”

If this scripture encourages us to get an understanding, then why does a black man’s life have to be threatened by another black man if he breaks bread with a Police Officer for some peaceful dialog? A black Police Officer at that! Culture and movement had a baby, and they named it “Out Of Touch.”

What About God’s Image Should we be Ashamed Of?

Genesis 1:27 says, “God created human beings in His own image.”

Tell me something. What about God’s image should we be ashamed of? Why are black people looking at their beautiful skin and calling themselves cursed? And why are whites looking at their skin and feeling shame? Because we’re not teaching our children that it’s still okay to be an individual.

Why do we laugh at our children’s Tik Tok videos and remain absolutely silent about their insecurity and depression? They’re encouraged to do the latest challenge on the internet, but they’re never encouraged to challenge what culture tells them they should be, look like, and stand for.

Are You Getting Stoned? 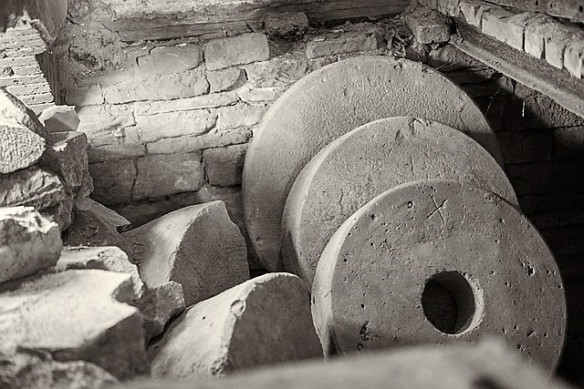 None of us is the exception to the rule. I don’t care how Holy you may think you are. They can make a stone with your name on it too, don’t get it twisted.

Matthew 18:6 (at the top of this column) is God’s promise. The politics, the shaming, the hatred, the disrespect, and the entitlement. These things will earn you a millstone. I’ve seen young white kids scream nigger, and young black kids scream white trash racist at adults.

I’ve seen them call Police Officers dead pigs, and flip them off. They act like thier parents while thier parents sit next to them laughing like an immature child. There are women all over the world that can never have children. I can’t imagine their heartache and pain when they see a parent sticking a poisonous political needle into an innocent child’s mind. Children are good, adults train them to do evil.

Proverbs 17:13 says, “If you repay good with evil, evil will never leave your house.”

There was a time when we would protect our children at all costs. Now it seems like nobody cares about the ultimate price they’ll eventually pay for their decisions. God gives them life, adults give them death. It’s a terrible thing to die young and live to be old. Children are killing themselves at a staggering rate. The internet is where they go to be trolled by the same people that send them likes.

We’re not teaching them to love themselves.  They care more about followers than leading their own lives. Their identity crisis makes them sprint past the mirror to get to the phone because they don’t know who they are.

We’re teaching them to curse the bridge they’re on, but we’re not teaching them that life will demand them to go back and cross that very same bridge at some point as an adult. Some of the trials that come with life just come with life. But God will use them to build them up. Everything doesn’t require a diagnosis. Some really amazing things happen in life, and some really devastating things happen in life.  But we have to learn from all of it and keep living.

A man apologized to me when we were having a conversation because he referred to me as a black man and somebody told him it was racist to say that. I don’t ever want to be called African American because I haven’t earned Africa. Me growing up in this spoiled America we live with all of the amenities, I haven’t earned Africa. I have a choice of cold or hot water every day, all day. I don’t have to travel 10 to 15 miles with my family for clean water, but some people in Africa do.

My son carries a guitar or a skateboard in his hands. Innocent children are being trained to shoot an AK47 for war before they’re 16 years old in Somalia. I have at least 20 different restaurants to choose from within 3 miles of my front door. In Ethiopia, hundreds of thousands of people are in desperate need of food because of a two-year drought. They don’t see rain for a year or two, but here in this spoiled America we raise hell and curse the beauty of rain when we get three straight days of it.

I feel it’s an insult to call myself an African American when I haven’t earned it. My ancestors earned it, and the people living there have earned it. Sharing the same skin color doesn’t mean that I have.

They Really Matter to God

Matthew 18:4 says, “Anyone who becomes as humble as a child will be the greatest in the Kingdom of Heaven.”

Just look at how Jesus sees the innocent humility of a child. The scriptures clearly tell us that they are what Heavenly greatness looks like in His eyes. If Jesus looks at them and thinks of Heaven, why are we teaching them to emulate hell? Parenting is the hardest thing we’ll ever do, but getting stoned will be the most torturous.

Samaritan’s Corner on CaryCitizen is written by Jimi Clemons, a Cary resident, community advocate, and Chaplain for the Cary Police Department.