Cary, NC — This was a busy week for me with meetings, presentations, and interviews.

Monday started with a taped interview of my thoughts on COVID. There were about a dozen questions on impacts, reactions, moving forward, etc. Additional interviews were held with management staff and each of the council members. It will be shown at our next quarterly meeting.

Monday evening I joined council member Ya Liu in my one-on-one meeting with the town manager. Topics included redistricting, news about Apple coming to RTP, Cary municipal elections, the downtown park, branding, the diversity task force, and the manager’s involvement in the assessment of candidates for the Apex town manager.

Our meeting lasted about 30 minutes.

Tuesday the council held a virtual legislative event with the Wake County delegation.

The meeting was broadcast from the Digital P studio in Cary where I was co-host along with Danna Widmar and Morgan Mansa. I provided opening remarks along with Danna highlighting our legislative agenda. Then each legislature gave their priorities for the session.

In the Q&A portion, we mostly talked about road issues, commuter rail, and affordable housing. Since this was a social event, we closed with a toast to our continued long-term partnership. The meeting lasted a little over an hour.

Wednesday morning I joined town clerk, Ginny Johnson, in a presentation to the Cary Chamber Eye Opener about Cary150 and associated celebrations. I provided the opening and a little history while Ginny talked about events planned throughout the year. The entire presentation time was less than 30 minutes.

Wednesday evening the Economic Development Committee held a virtual meeting to review logos and associated taglines as part of our branding campaign. Committee members were also joined by the ISAB (Information Services Advisory Board).

Feedback was provided to the consultants. They will present options to the committee again in a few weeks. The committee will then choose options to present to the council and the public. I anticipate that will happen sometime in the summer.

Friday I participated in a meeting of the North Carolina Metro Mayors. The following is a summary of that meeting from the Executive Director:

Nothing new to report

Nothing new to report (celebrate Apple!)

Authorize Use of Blue Lights on Fire Apparatus S374

In response to a question on Census impacted Municipal Elections:

The meeting concluded after about 20 minutes. 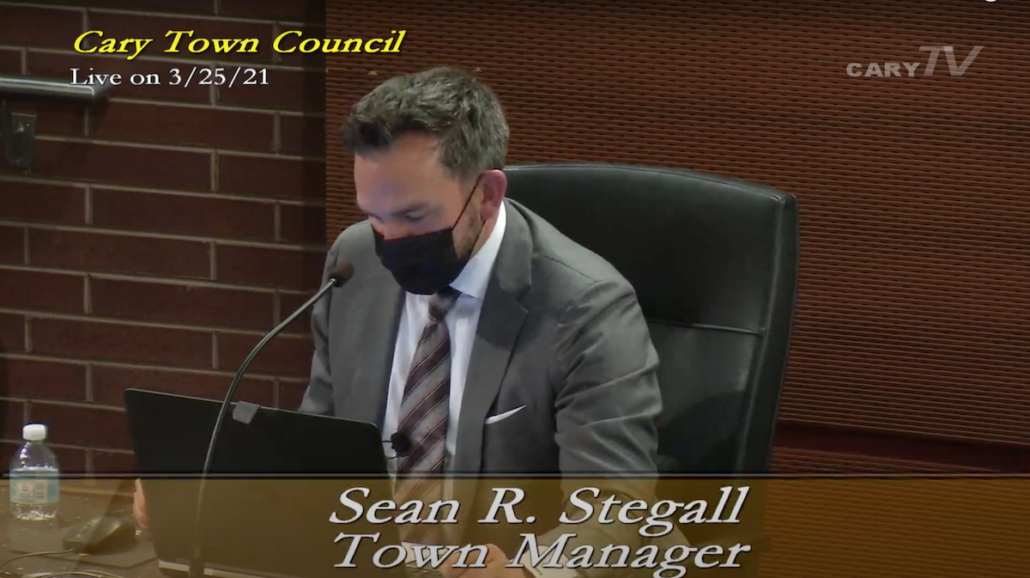 This week, I had a very productive meeting with the EDC Branding Subcommittee. Members of the subcommittee provided invaluable feedback that is leading to our continued refinements of logos and taglines, which we are still on track to bring to you this summer for approval. 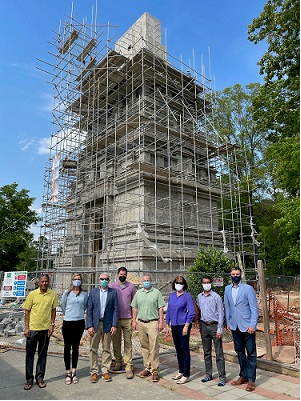 This week, staff visited the construction of the Sri Venkateswara Temple’s new Rajagopuram, and they were joined by the Temple’s leadership team.

The Rajagopuram is expected to be complete in October 2021 and will be 87 ft. tall. It is exciting to see this iconic structure being added to Cary’s community, and we look forward to continuing our relationship with the Temple.

During Wednesday’s press briefing, Governor Cooper announced that at 5 p.m. today, masks are no longer required to be worn outdoors in North Carolina. This decision follows new CDC guidance that finds low risk of COVID-19 spread outdoors except in certain crowded settings.

Masks are still required indoors until two-thirds of North Carolinians are at least partially vaccinated. Currently about half of all adults in the state have received at least one dose and 39 percent are fully vaccinated.

The changes to the mask mandate are part of a new executive order that also increases mass gathering limits to 100 people indoors and 200 people outdoors. Executive Order 209 will be in effect through June 1. You can read the governor’s press release here. 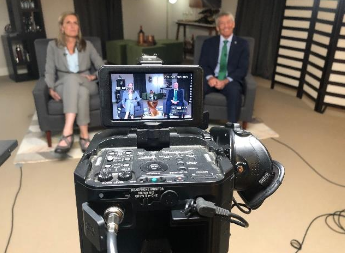 This convening provided an opportunity to learn about the priorities of Cary’s legislative officials and explored how we can mutually support important issues at the General Assembly. The evening closed with a virtual collective toast to celebrate the progress to come in this legislative session. 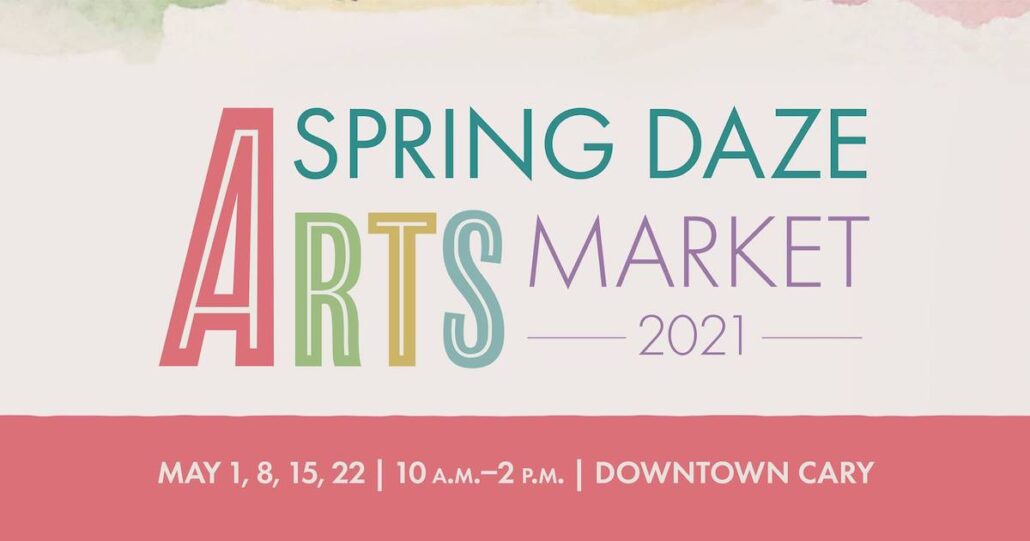 Starting May 1, Cary will celebrate North Carolina artists at the Spring Daze Arts Market Series on Saturday from 10 a.m. to 2 p.m. Situated in the heart of downtown Cary, these markets will feature 20-25 North Carolina based artists and everything downtown Cary has to offer.

The markets will take place the first four Saturdays of May —1st, 8th, 15th and 22nd and will continue ushering in the Town’s 150th anniversary. 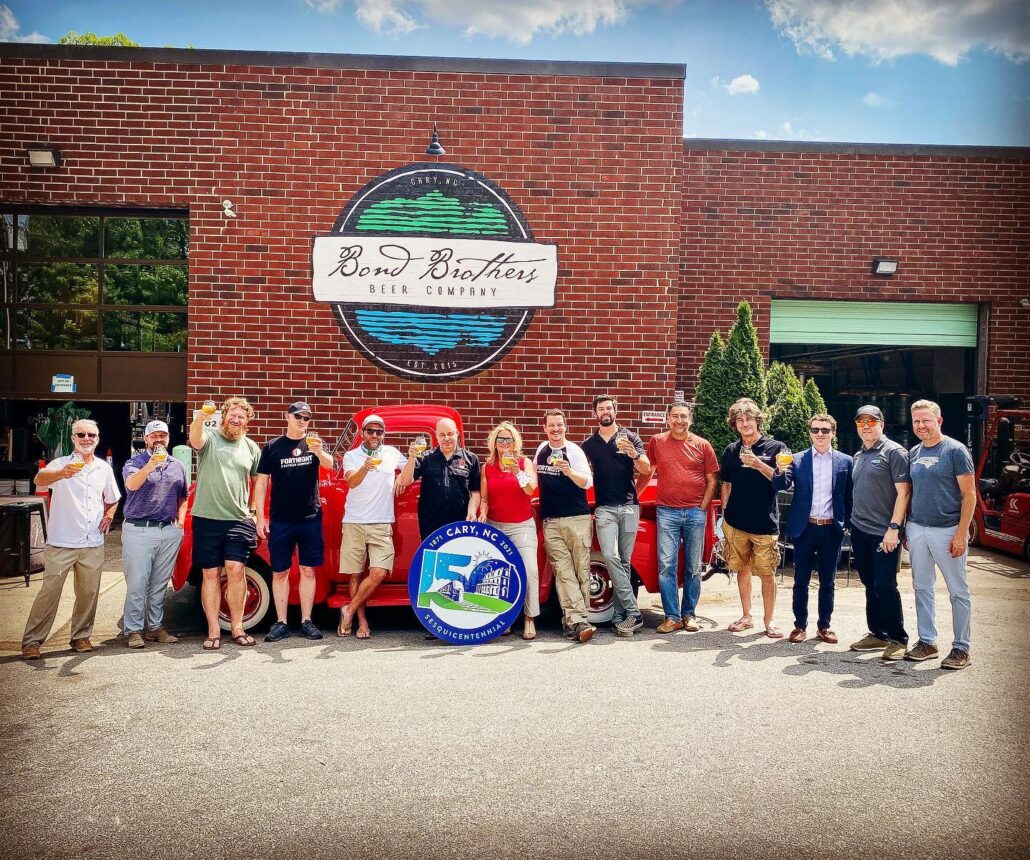 Cary Parkway Pilsner, which is a New Zealand Style Pilsner, is on tap at Bond Brothers Home and Eastside locations, Raleigh Brewing Arboretum location, and Terminal B at Fortnight Brewing. 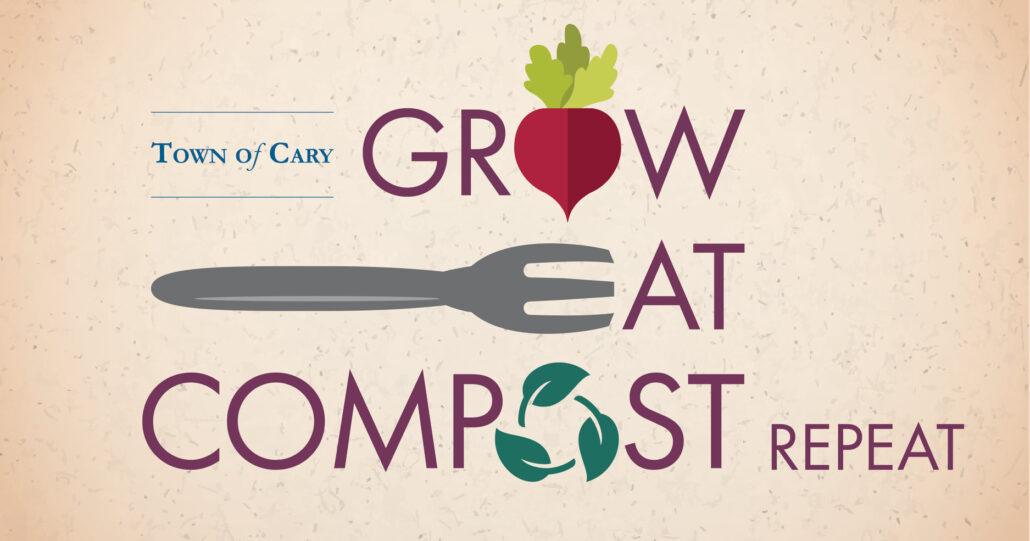 Earth Day 2021 was successfully adapted to safely and effectively interact with our citizens via online programs, giveaways, and virtual engagement opportunities.

Via One Cary program development and execution, the month-long celebration resulted in over 300 citizens attending six virtual programs on subjects such as composting, gardening, water quality, tree-care, backyard chickens, and the chance for Q&A with four staff environmental experts.

And, in celebration of Cary’s birthday, 150 Celebrate Earth Day kits were distributed to our community members that included tools and supplies to help folks save water, reduce household waste, support pollinators, and more! 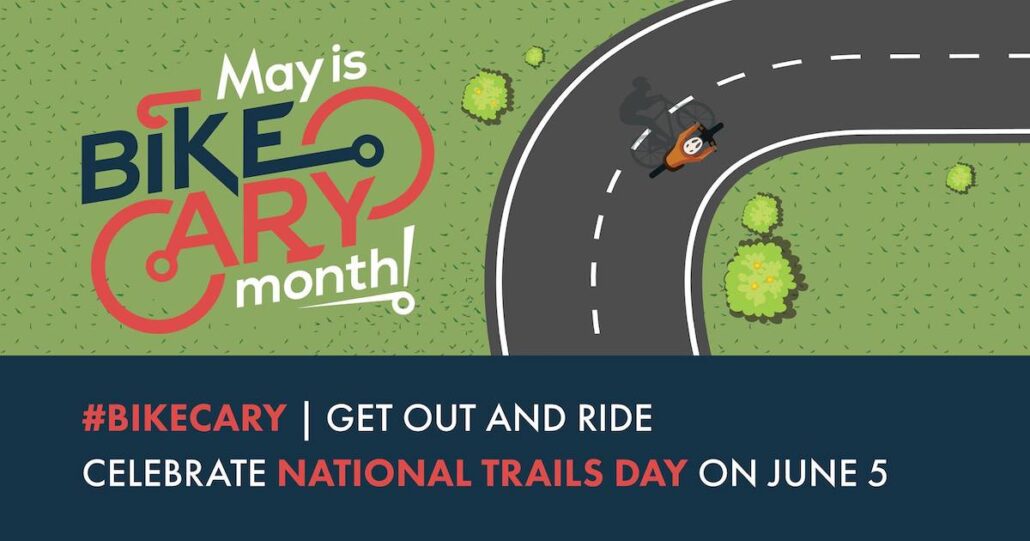 May is National Bike Month, and a perfect time to grab your bike, get outside, and see Cary from a new perspective…on two wheels!

For Bike Month, community outreach and virtual engagement is as important as ever. This year we are partnering with the Love to Ride bike engagement and encouragement platform. With Love to Ride, anyone can join to challenge friends or join a team for healthy competition with prizes and awards.

The site also offers bike maintenance tips and education courses, to get you moving safely. Visit Bike Cary for links to all of our “events,” tips, surveys and many other ways to get involved with Bike Month this May. 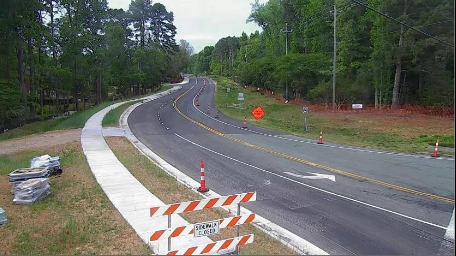 The Reedy Creek Road project has shifted into Phase 2. The contractor as completed most of the work in Phase 1 along the east side of Reedy Creek Road apart from a few locations with utility conflicts currently being resolved.

This has allowed the contractor to complete the intermediate asphalt work in Phase 1 and shift traffic onto the new section along the east side. Cary citizens can now expect to see the same level of work being performed along the west side of Reedy Creek Road as the contractor installs storm drainage, curb & gutter, sidewalk, and other related infrastructure items. Motorist should stay alert watching for signs and possible related lane closures.

Mask On or Off? Life Is Getting Back to Normal, and We’re Rusty, New York Times 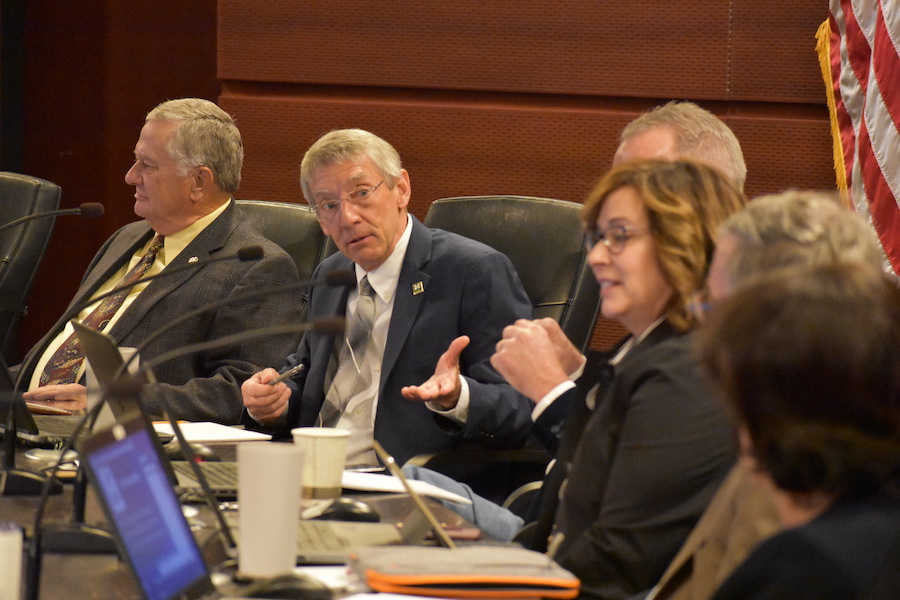 Mayor Weinbrecht in a pre-COVID-19 meeting of the Cary Town Council.

Next week’s activities include a taping of the Cary Chamber’s Excellence awards, staff meetings, meetings on the town attorney position, and a meeting of the North Carolina Metro Mayors.

Well, that is all for this week. My next post will be on Sunday, May 9th. Although I have Facebook and Twitter accounts those are not the best means of communication with me. Please send all Town of Cary questions or comments to Harold.Weinbrecht@townofcary.org and email personal comments to augustanat@mindspring.com.