Cary, NC – Six months ago, on March 3, the first COVID-19 case was reported in Wake County and North Carolina. Today, we’ll take a look back on where we have been and where we might be going.

August has been a tale of two months in Wake County. For the first three weeks, new coronavirus infection fell. For the last two weeks, new cases have been on the rise.

Last week, we reported a 40% jump in new cases. In the last seven days, cases have continued to rise in Wake County, but only by about 10%.

Here’s a chart of new infections by month: 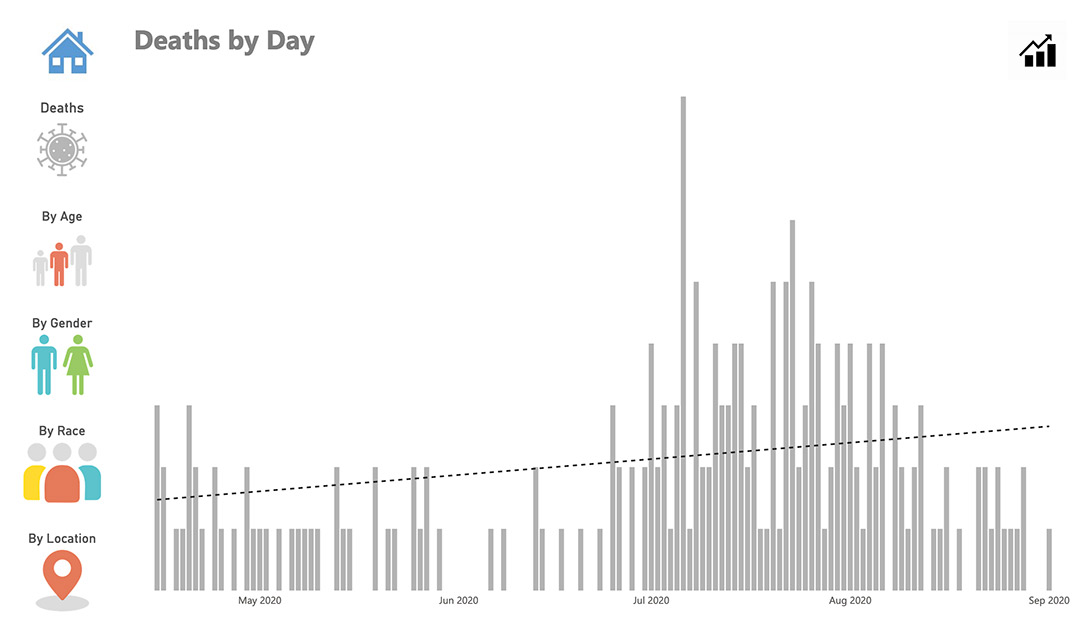 Readers have asked about death statistics. Reminder: you can visit Wake County or NC DHHS for more statistics about the pandemic.

Readers have also asked about statistics that are specific to Cary. Unfortunately, most municipalities do not publish their own COVID dashboard. Cary is no exception.

Hospitals and medical providers report new cases and deaths to the County or regional health departments. The counties and regional authorities decide what data to report and publish to citizens.

You can search by zip code at NC DHHS: 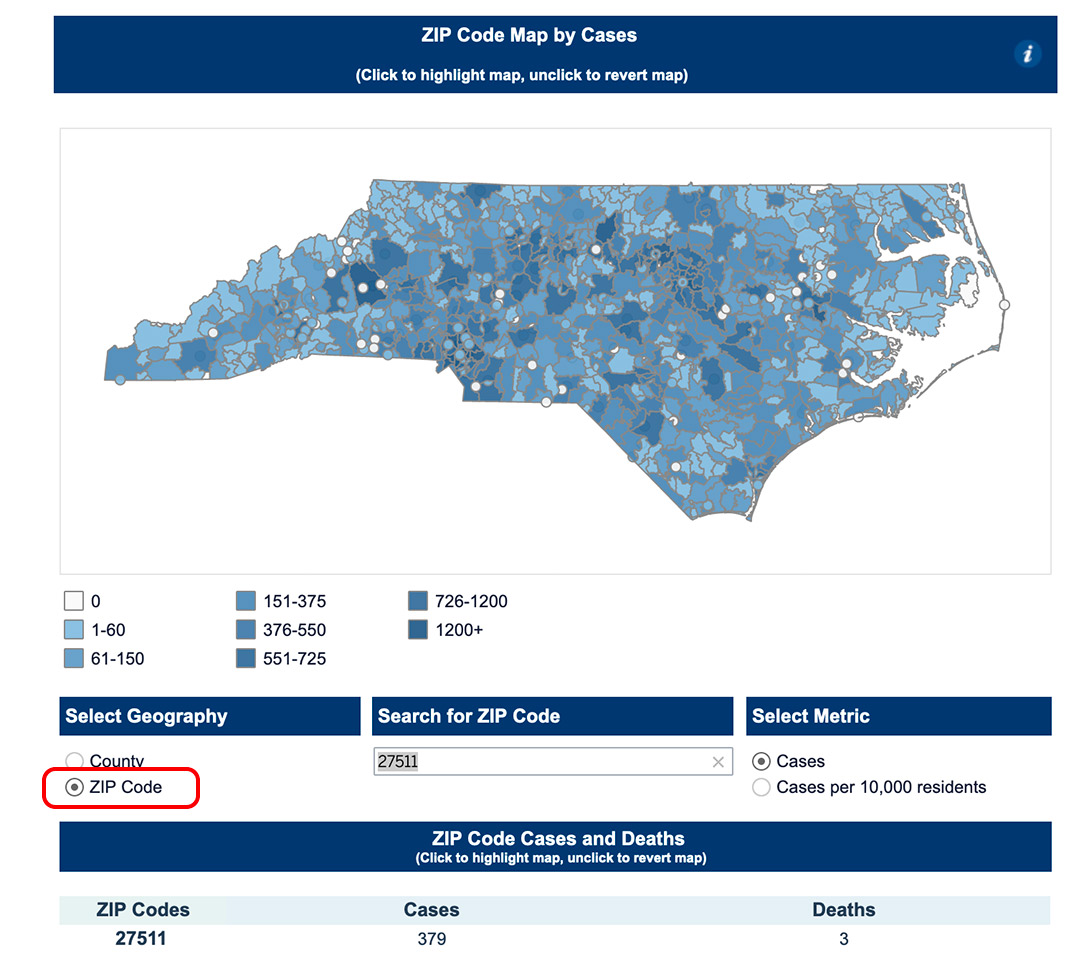 Across the U.S., the rate of new daily infections continues to fall from a high near 70,000 in July to about 40,000 as we approach Labor Day, according to Johns Hopkins. 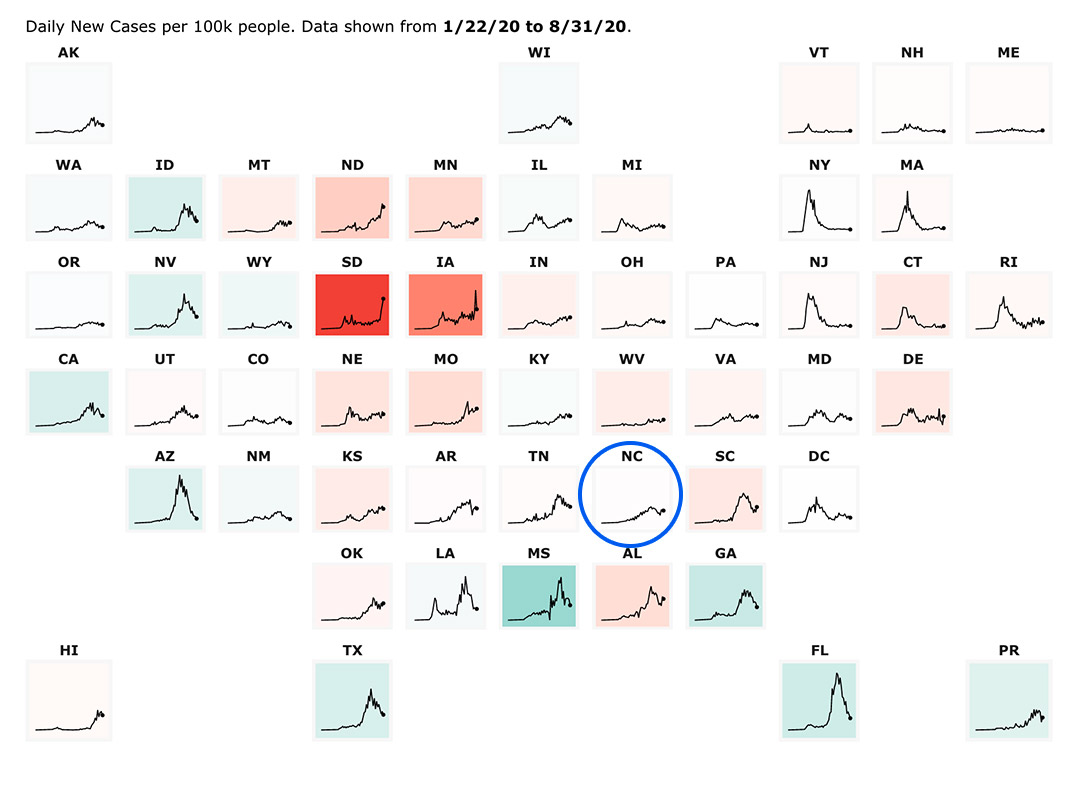 Since March, just over 6 million cases have been reported in the United States with more than 182,000 deaths.

Around the world, cases continue to climb in India and Spain, while falling in falling in former hot spots like Mexico, Brazil and the U.S., according to Johns Hopkins.

Worldwide, 25 million cases have been reported and almost 850,000 people have died. 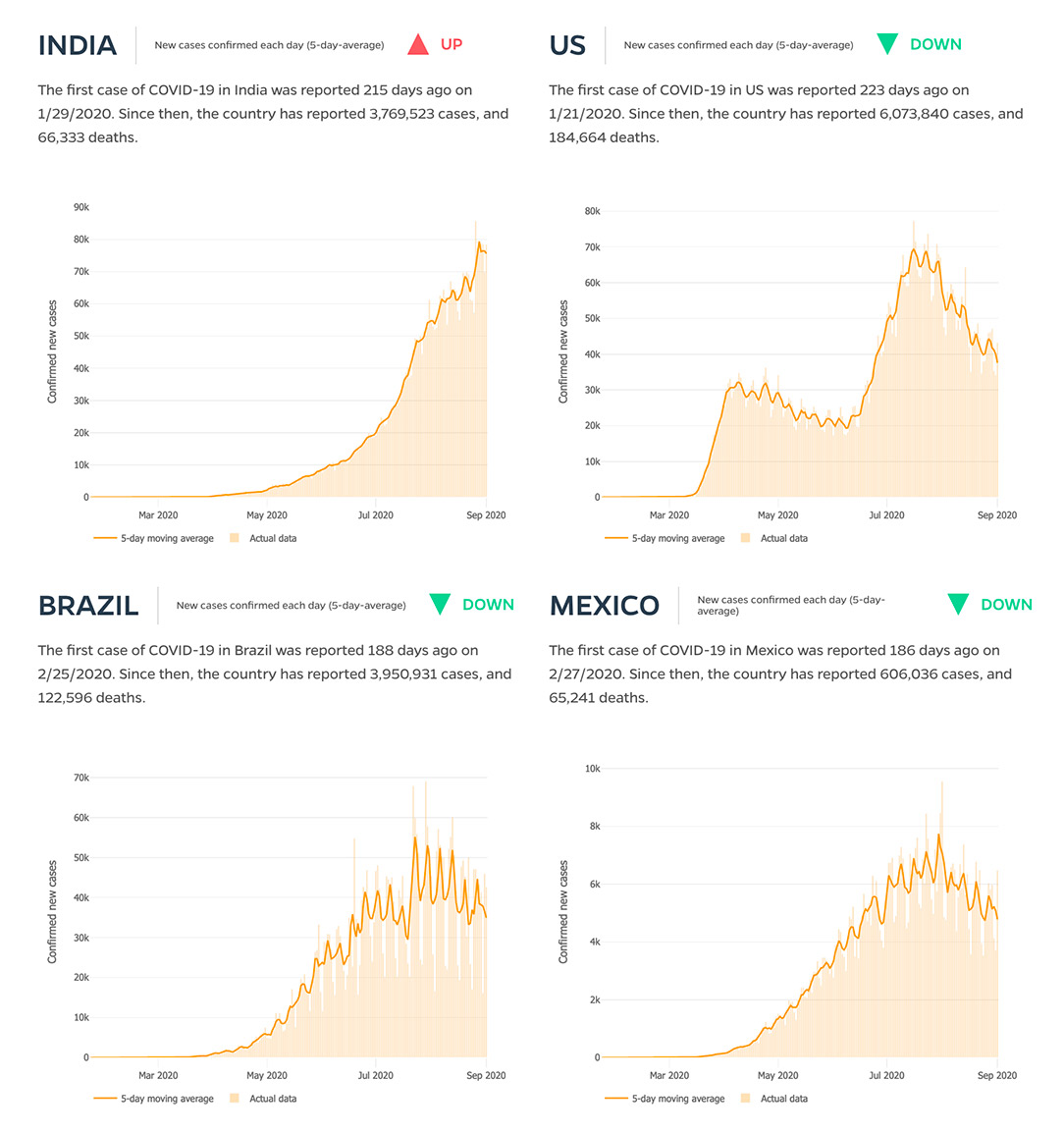