Cary, NC – This week was one of the busiest weeks I have had in a while.

Monday started with calls to council members to hear of questions and concerns about Thursday’s agenda. There were concerns about the multi-family proposal at the corner of Cary Parkway and Evans and questions about the Fenton changes. The developer of the Cary Parkway and Evans proposal decided to pull that item to work with council members about their concerns. Later in the day I met virtually with staff to go over the agenda. Our meeting lasted about 15 minutes.

Monday night I attended a meeting of the Wake County Mayors Association. Nine of the twelve mayors were in attendance. Absent were the mayors of Raleigh, Knightdale, and Holly Springs. In our round-the-table discussions mayors expressed difficulties they are having with impacts of COVID-19. Mayors also shared some of the nastiness they are experiencing (like what I have blogged about before). While some of the municipalities are in a hold pattern, most of the municipalities seem to be moving forward with plans on capital projects. Cary is certainly in the latter group.

Wednesday – The Story of Cary

Wednesday morning I provided remarks at the Cary Chamber’s Virtual Planning conference. My topics included COVID-19 impacts, and updates on the Obama’s Mayor Pledge, the downtown park, big development projects, finances, and our 150th anniversary celebrations. I was joined by the town manager who added additional comments. Our talk, including questions, lasted thirty minutes.

Wednesday afternoon I participated in a meeting of the Capital Area Metropolitan Planning Organization’s Executive Board. The agenda included a report on the study of RED Priority Bus lanes. The study basically showed that dedicated lanes for buses would be beneficial. The details of how that would work would be in a future study. Staff also reported on a Fayetteville to Raleigh Rail Passenger Feasibility study. It pointed out pros and cons of two existing rail routes, one that would go through Fuquay and another that went further east.  Some of the details included train speed, at grade crossings, potential ridership, cost, etc. The last staff presentation was the 2050 Metropolitan Transportation Plan which is the region’s long-range transportation plan and includes both a fiscally constrained element as well as an unconstrained vision plan element known as the Comprehensive Transportation Plan (CTP). All items at this meeting were informational and no decisions were made.

Wednesday night I joined an informational zoom meeting for “The Story of Cary” which is a part of Cary’s 150th celebration. The attendees were writers, historians, and thespians. All were asked to send stories to the writer so that the production could be written. It will be very interesting to see and/or hear all the stories. The meeting concluded after about an hour.

Thursday the council held its last regularly scheduled meeting of the month. The agenda included 13 consent items, 4 public hearings, and 1 discussion item. One of the public hearings was to add a bank with a drive thru to the development near the corner of Davis Drive and High House on Magness Drive. Council members expressed concerns about the proposal’s front of the building not facing High House.

The only discussion item, the Fenton Development Amendment, was unanimously approved. This development is the largest in Cary’s history and the agreement had over 100 conditions. We expected there would be requests for tweaks to the agreement. These changes, for the most part, included financial partners, fee timing, and increased development height in the interior of the project. Following a closed session, the council meeting concluded after about an hour.

I really enjoyed being with Mayor Weinbrecht earlier this week at the Cary Chamber Planning Conference to update members of our community on Town of Cary initiatives. There was lots of good discussion with the conference participants. Next week at an All Hands with staff, I plan to follow-up on the comment I made about when those that are working remotely will return to town facilities. As I said Wednesday, we are looking well into next year before that will happen. After a thorough conversation with department directors, it was clear that to continue our mission of keeping our employees and citizens safe this was the best decision for us.

Also, here is a memo from Public Safety Director Allan Cain about the deactivation of the Emergency Operations Center later this month that I support. Should you have any questions about the memo please let Allan or I know.

Click here for the EOC/COVID-19 weekly update. If you have any questions, please let me know. Highlights include:

This week in the weekly operational message from Deputy Town Manager Russ Overton, he recapped some of the highlights from last week’s Council Quarterly meeting and encouraged staff that are struggling with shared computers, networks, and office space now that school is back in session. Today there was a virtual session for parents, students, or education supporters’ colleagues to debrief on how the first few weeks of school have gone.

Field work began this week on the as-built survey for the flood model and certification of the White Oak Creek Greenway. Kimley Horn and Associates will be using this information to complete the work and finalize the project. Survey work includes locations to determine centerline profile of trail and boardwalk, storm pipes, retaining walls, and cross sections at the same locations as the CLOMR. Work is still on schedule to be completed by August 30. 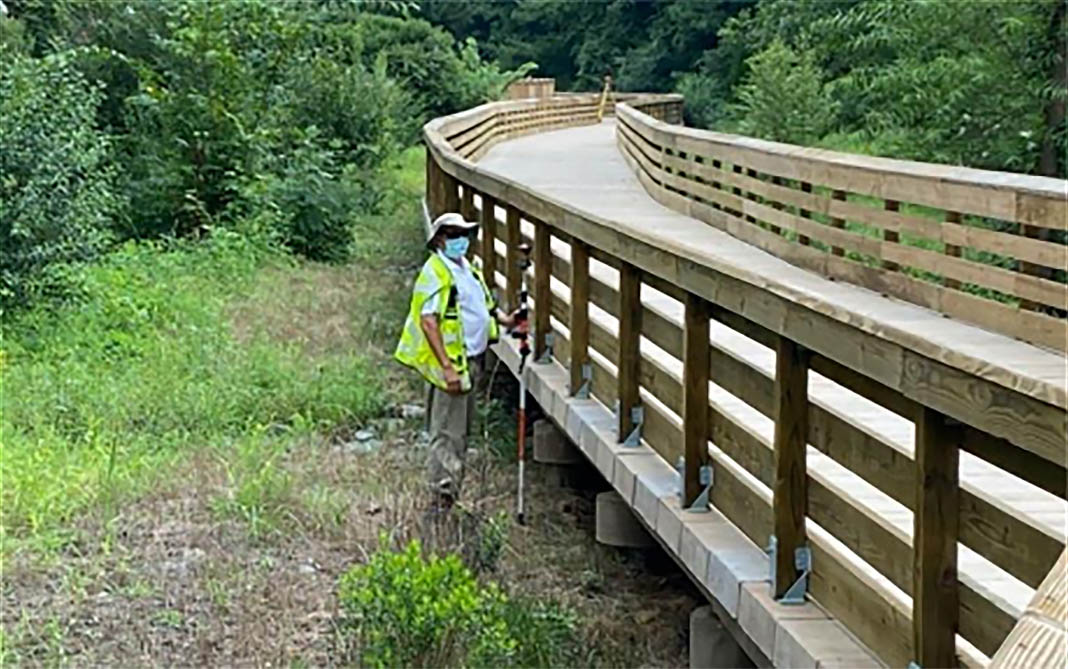 The Cary/Apex Water Treatment Facility (CAWTF) marked its 27th service anniversary on August 19. The facility began operating in 1993 as a 12-MGD facility and was quickly re-rated to 16-MGD. After 27 years in service, the CAWTF is now a 56-MGD facility and provides advanced water treatment to ensure high quality drinking water is only a tap away for citizens in Cary, Apex, Morrisville, Wake RTP, and RDU Airport. See below to view the evolution of the treatment facility.

In addition, the Western Wake Regional Water Reclamation Facility (WWRWRF), marked its 6thserviceanniversary on August 11. The WWRWRF and associated infrastructure projects remains the largest capital endeavor that Cary has completed with approximately $255 million of jointly owned infrastructure with the Town of Apex.

The pilot program consists of three corridors: Davis Drive, Walnut Street, and Harrison Avenue. Devices and software provided by Miovision, Inc. are used on all three corridors in a variety of set-ups. Thousands of data points will be collected throughout the day, at each intersection along the corridors and sent to Miovision where the data is processed. Staff can review the results of the data and make signal timing decisions based on several charts, graphs, and reports. This week, devices will be installed on Harrison Avenue at two traffic signals that will allow staff to add travel time and speed data to the system data. Harrison Avenue will test a hybrid application that uses both a server-based system with field devices. Walnut Street will not receive any field devices and will, instead, process data only via controller data. Davis Drive has used a device only application for nearly two years and provided great data for our system operations. Miovision performed an analysis of our timing plans based on the data and found no reason to tweak our current plans but their system has been very helpful in looking at the impacts to traffic timing for incidents such as construction and crashes. After the three locations are operational, staff will monitor the program for one year.

In 2017, the Environmental Protection Agency (EPA) adopted a dental amalgam rule requiring dental offices nationwide to document the management of mercury amalgam discharges to public sewer systems. Dental offices that work with amalgam are required to install a filter/separator device in their plumbing for recycling the mercury before it is discharged to the sewer system. Cary’s Pretreatment team, who has been proactively working with new facilities since 2017 to ensure compliance, will support 118 dental facilities identified in our sewer service area by helping them comply and keep mercury out of the sewer system. Currently 65 percent of dental facilities using Cary’s sewer system have completed the one-time compliance reporting form required by EPA. Staff will send a reminder in early September to any dental offices that have not completed the report. Dental offices who have not submitted the form by early October will be contacted by phone to help ensure plumbing requirements and reporting deadlines are met.

Next week’s activities include staff meetings and a virtual meeting with a family about climate change.

Well, that is all for this week. My next post will be on Sunday, August 30th.  Although I have Facebook and Twitter accounts those are not the best means of communications with me. Please send all Town of Cary questions or comments to Harold.Weinbrecht@townofcary.org and email personal comments to augustanat@mindspring.com.