Cary, NC — When Parisa Rohani Carr got her Bachelor’s degree in Dental Hygiene in 2013, she couldn’t have imagined she would have one of the highest risk jobs in a global pandemic several years later.

Born in Memphis, Tennessee, Parisa was raised in an Iranian household. She remembers there being a tie between cultural value and career choice, which favored careers such as doctor, engineer, etc.While weighing this into her studies and career path, the economy took a free fall in 2008, driving her to make a practical, sustainable choice.

A friend told her about what working as a dental hygienist is like and she was sold. As she saw it then and still today, it allows her to combine her affinity for science and her natural people skills.

Now, since graduating from the University of Mississippi Medical Center, Parisa has spent 7 years in the field. Looking back, she says her decision to pursue it was not rooted in achieving prestige and cultural respect. Instead, it was all about achieving something different — helping people. 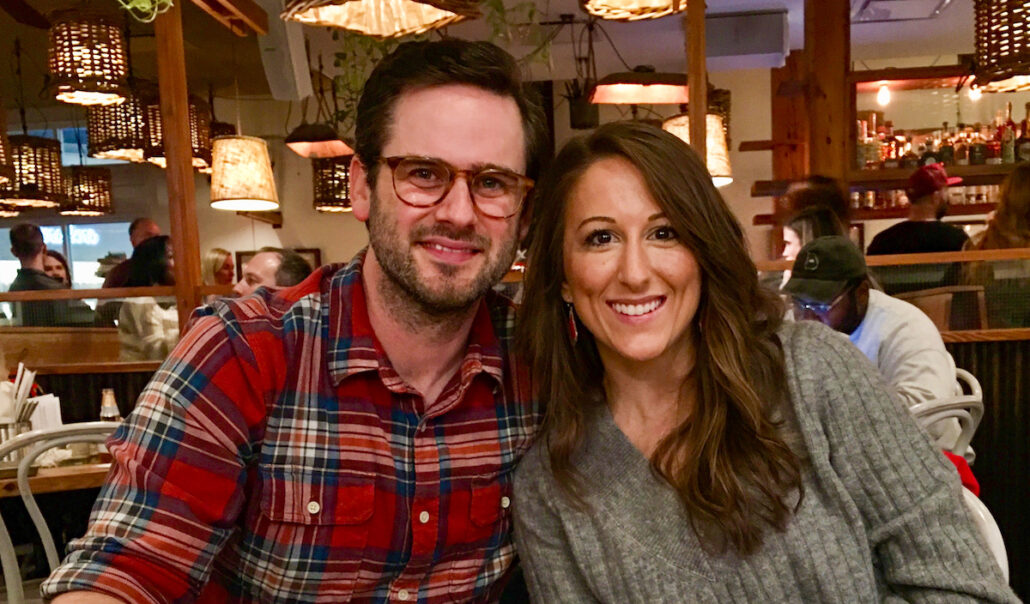 Parisa and her husband, Louis, enjoy traveling, discovering the world’s best foods, exercising and getting outdoors together.

Immediately following school, two big events took place for Parisa. She married Louis, her husband of 7 years now, who is a classically trained portrait artist, and moved with him to New York City for her first-ever “real job.”

“There were significant learning curves and it was a growing period that I think really helped me learn the type of person I wanted to be, the type of professional I wanted to be and how I want to interact with patients,” said Parisa.

While it was a sizeable uphill climb to learn, live and work with an entirely new demographic of people straight out of college, Parisa knows now that it was all a blessing in disguise. The experience of working in one of the top cities for cosmetic dentistry, NYU-based studies and being at the center of innovative techniques proved to be worth it.

Pandemic Hits After 3 Years in Cary 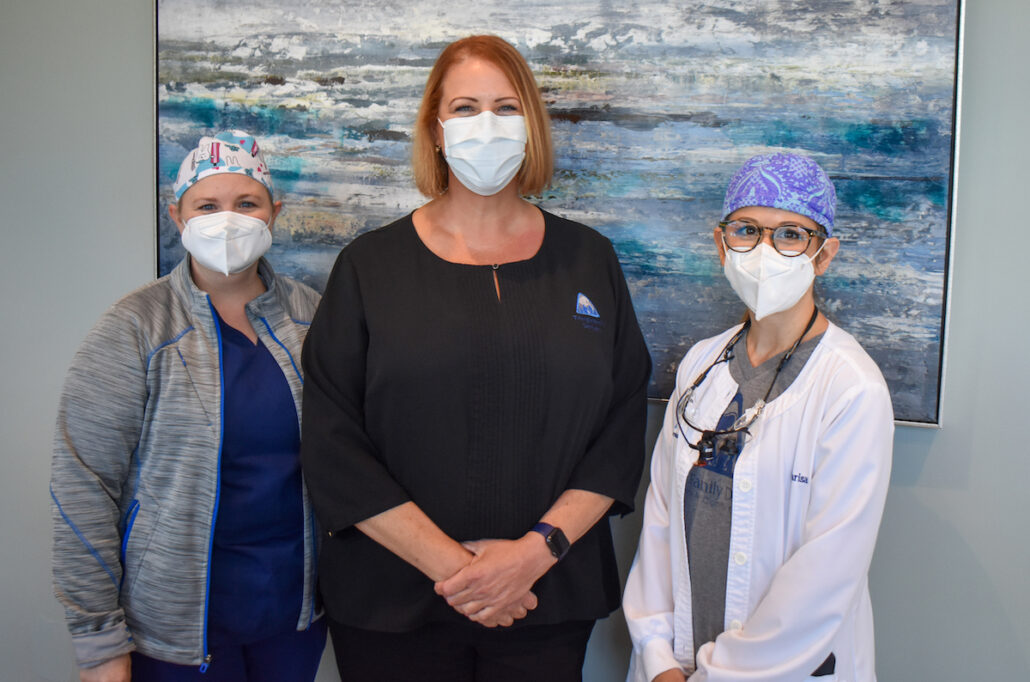 Following their 4-year journey in the Big Apple, Parisa and Louis made their way to the Triangle in 2017 and Parisa has since served as a Registered Dental Hygienist for Triangle Family Dentistry in Cary Park. Her daily tasks include taking  and reviewing x-rays, performing cleanings and looking after patients’ overall gum and bone health.

When the news of COVID-19 broke, it became clear that the virus spreads predominantly in close contact situations by way of tiny liquid particles from the mouth. Naturally, this made for a highly risky work environment and things had to change. The practice closed its doors for about 2 months with essential and emergency visits only. On June 1, Parisa and the full staff returned to a whole new work environment.

“We’re trying to keep them as covered up as we possibly can because they’re creating some sprays and aerosols in the room in certain situations and we want to keep those things as minimized as possible,” said office manager, Leigh Beauchamp. New HVAC and suction systems, long gowns, face shields and goggles, head coverings, double masks and gloves became the new normal. Along with them came exhaustion.

She found herself lightheaded and dizzy by the end of the first few days and weeks, a time where her body and her coworkers’ bodies were establishing a semblance of equilibrium. To keep patients and staff safe, all patients now start their visits with a swish of hydrogen peroxide to kill any virus, bacteria or fungus in the mouth.

“Some patients respond okay to it and some patients just hate it, but it keeps us all safe,” said Parisa.

With the Risks Come Rewards, Too

One of the things Parisa has found to fuel her passion for this work are the “lightbulb moments.” As she describes, there are many who fear and even hate their time spent at the dentist. Instead of accepting that, Parisa make it a mission to reassure and see how she might be able to help change that perception.

“I think that one of the most important things we do is not actually physical, it’s psychological and it’s to help reassure and encourage people. With regard to COVID, I think a lot of people come in nervous or apprehensive and so I have to with confidence tell them they are in a safe space,” said Parisa.

Bringing Positivity to the Team 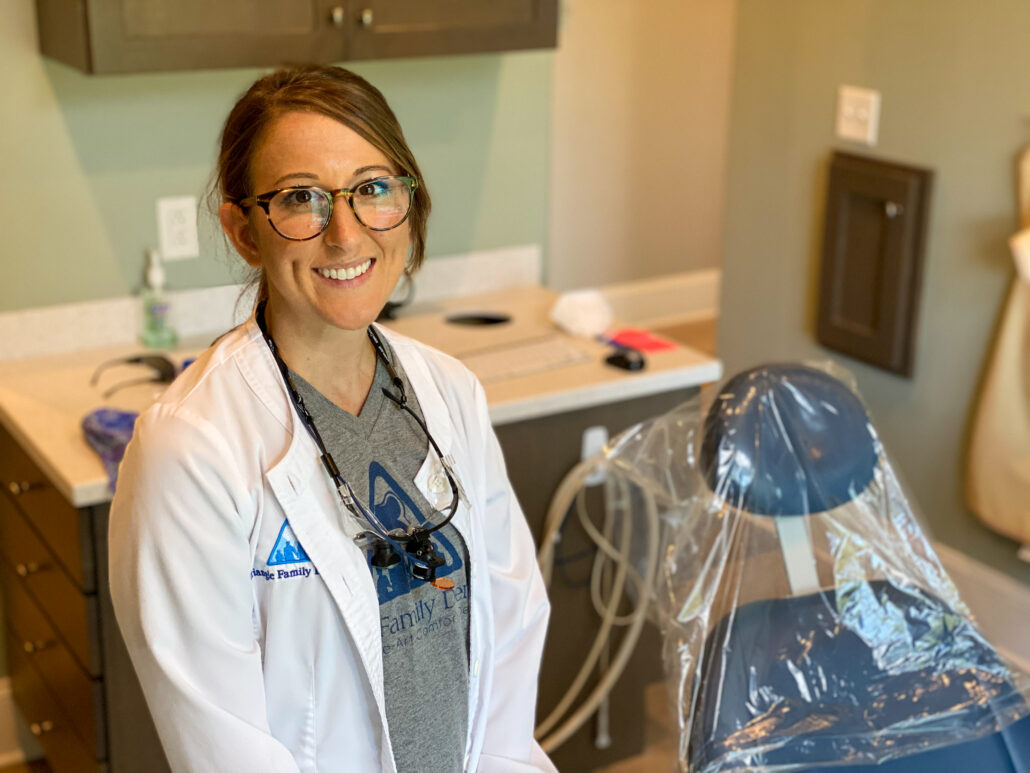 One thing that’s easy to see in Parisa is her passion for the people she sees. She doesn’t just care about that person in the hour or so she spends with them, she takes it upon herself to care about their long-term health and care of themselves. According to her, this passion comes from knowing she’s making a difference.

“If your mindset is not in that perspective, the career can suck the life out of you. You have to have the right intent,” said Parisa.

According to Beauchamp, Parisa is her go-to person at the office for a dose of optimism.

“Parisa’s the one I can always count on to find a positive spin to things. She will look for the silver lining in whatever situation comes up, so I know that if we’ve got a difficult situation, I can look to her to kind of be the one to try to turn everyone’s attitude around, said Beauchamp. “We’re really lucky to have her.”

A standout moment shared by Beauchamp was about a year ago when Parisa took it upon herself, on a day off, to speak with kids at a local school about dental hygiene. She recruited brother to help out, took some props from the office and made it special.

“She went the extra mile to make that fun and engaging for those kids, which speaks to the kind of person she is.  She would do anything for anyone,” said Beauchamp.

Offering up a silver lining on the pandemic, Parisa says “don’t sweat the small stuff.”

“I hope this can bring people to a place to just appreciate life and not be so shallow or so superficial. I, for one, have a huge appreciation for my life and for my husband because young people in their thirties are losing their husbands and so I think it’s just a good lesson to appreciate life and it’s a good reminder,” said Parisa.

Story by Ashley Kairis. Louis & Parisa photo provided by Parisa, all others taken by Kairis.