Cary, NC — A hurricane watch has been issued for the southeastern coast of Florida as Hurricane Isaias continues north from the Bahamas.

The National Hurricane Center warns that Isaias poses a risk of spreading north/northeast to the remainder of the east coast through early next week, with effects in the Carolinas projected for Monday and Tuesday.

The official NHC track calls for a strengthening hurricane with 85 mph winds by Friday evening as it approaches Florida as a category 1. 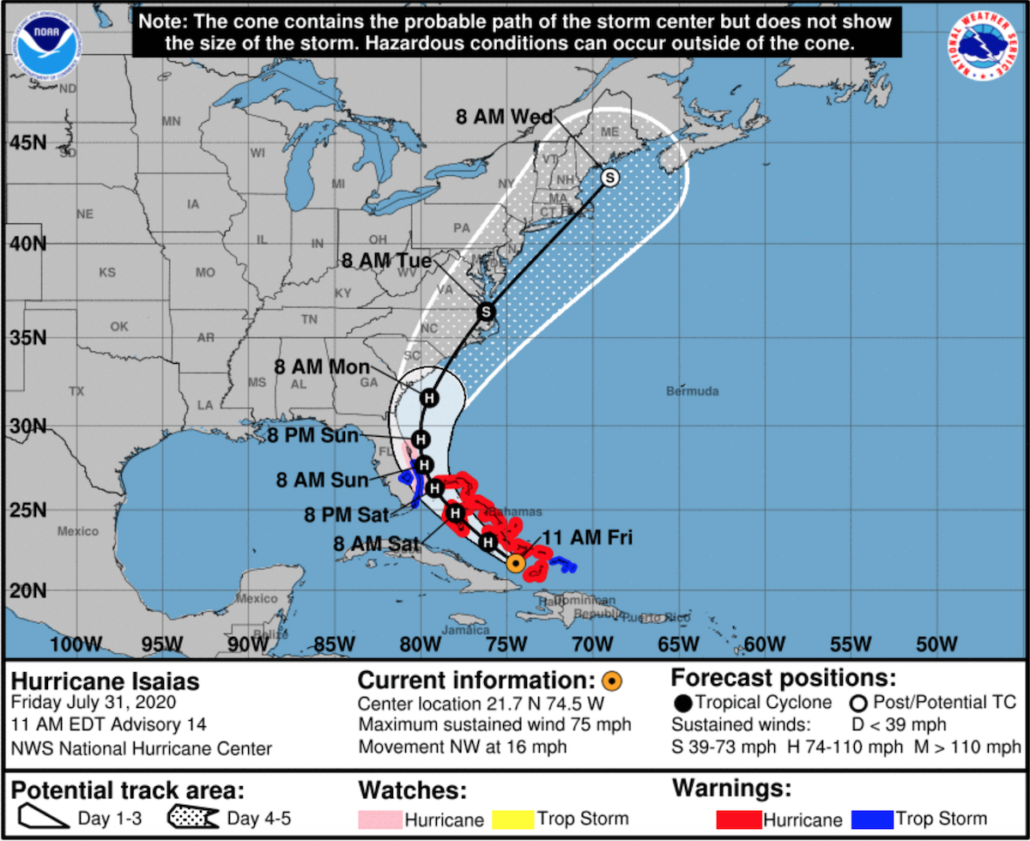 Coastal Watches and Warnings are marked in red and blue, with the Forecast Cone for Storm Center making its way up the east coast. Source: National Hurricane Center

Conditions in the Caribbean

According to the NHC, Isaias is producing heavy rains, mudslides and potentially life-threatening flash flooding across the Dominican Republic, northern Haiti, Turks and Caicos and the Bahamas.

These conditions and dangerous storm surges are expected today and into Saturday throughout the islands with hurricane warnings in effect. The eastern coast of Florida is forecasted to experience tropical storm-like and hurricane conditions starting Saturday. 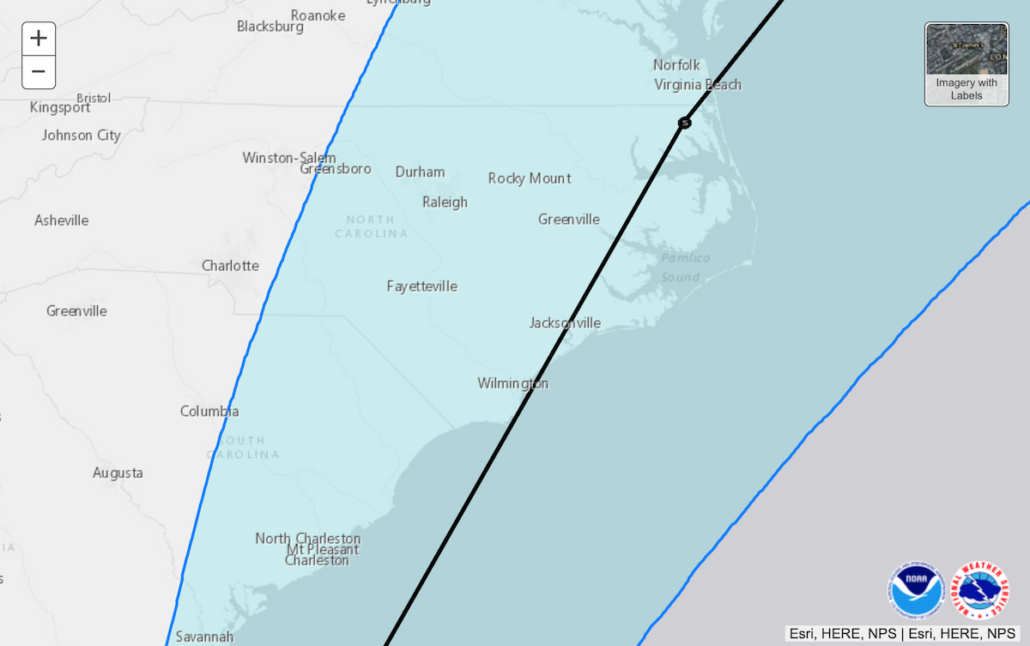 The current projected track for Hurricane Isaias on the coasts of North and South Carolina. Source: National Hurricane Center

The eastern regions of South and North Carolina are projected to see heavy rains, creating isolated flash and urban floodings by early next week. This will especially be the case in low-lying and poorly-drained areas with minor river flooding also possible.

Keep an eye on the National Hurricane Center website for updated information throughout the weekend.

Story by Ashley Kairis. Images by the National Hurricane Center.