Cary, NC — Last week, developers of the 69-acre mixed-use development known as “Fenton” released plans and renderings for what the multifamily apartment area will look like once constructed.

Sneak Peek at the Apartments 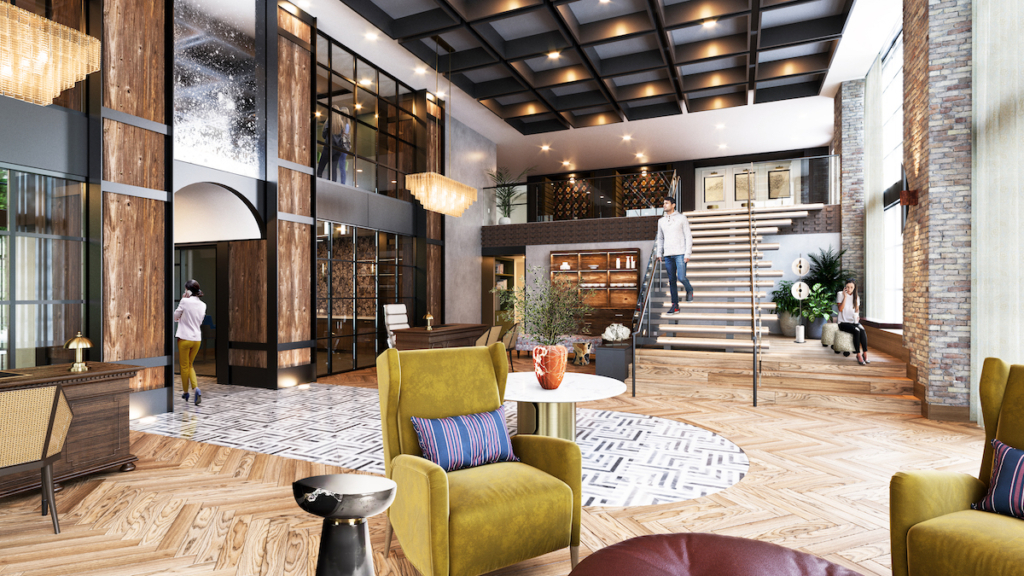 Rendering of the lobby area for the Canopy at Fenton.

This multifamily community is named, “the Canopy at Fenton,” and is expected to come to fruition in 2022. It will include 357 luxury apartment units located above a mix of shopping, dining and entertainment-driven businesses.

The six-story development will feature a variety of one, two and three-bedroom floorplans and four loft-style units on the ground floor. Of the total 357, 47 units will provide private terraces.

In the news release, developers said, “The Canopy at Fenton will be among the first new developments in Cary to vertically integrate multifamily above retail and dining, creating a dense, urban street environment.” 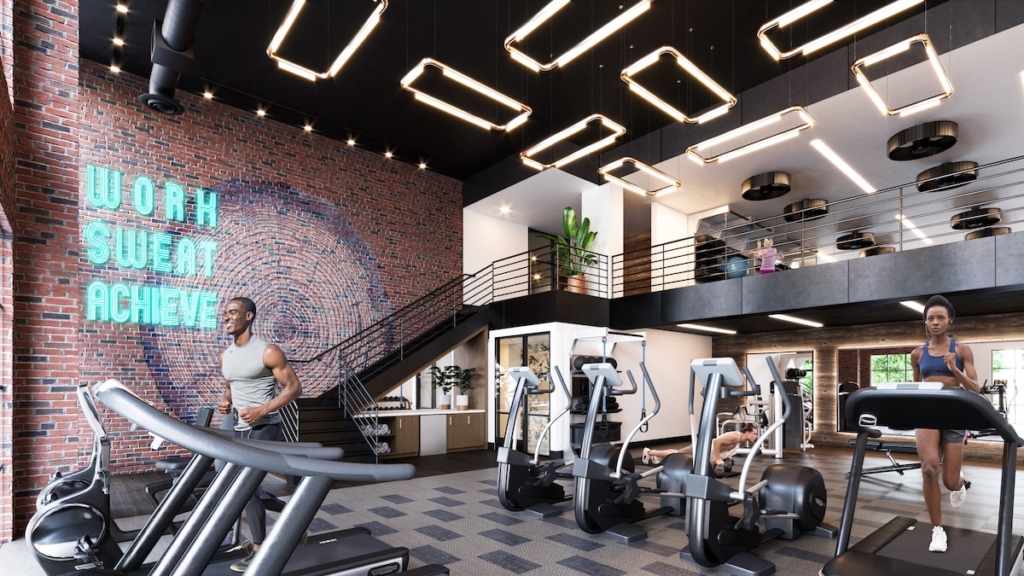 Rendering of the fitness center at the Canopy at Fenton.

Residents of the apartments will have access to a multistory fitness center, a co-working lounge, club room, elevated pool deck and five common terraces. According to the release, the Canopy at Fenton name was chosen for the high amount of outdoor patios overlooking the rest of Fenton’s shops and restaurants.

Paul Zarian, director of the real estate investment firm Hines, said Fenton, “will introduce a walkable, cosmopolitan living experience to the heart of the Triangle.”

Leasing at The Canopy at Fenton is expected to begin in the spring of 2022. 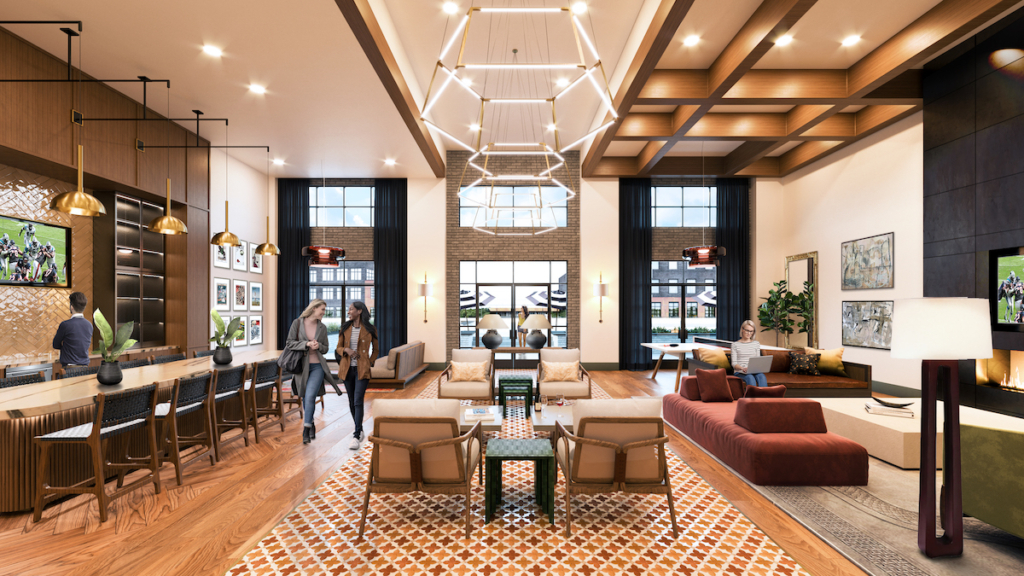 Rendering of the Club Room at the Canopy at Fenton.

Phase 1: Beyond the Apartments 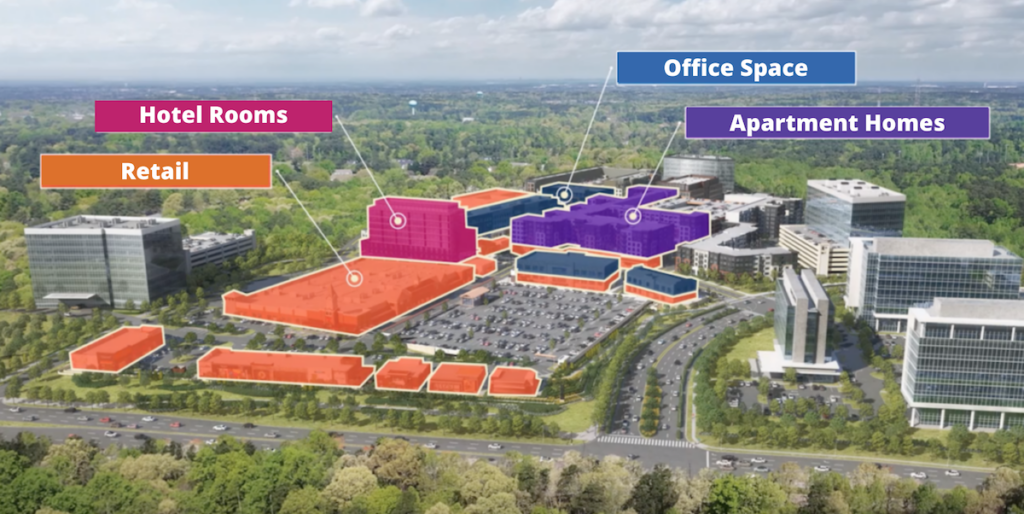 This aerial rendering from the preliminary development plan shows the general layout of the different uses of Fenton.

Outside of this news on the Canopy, the master plan aims at being pedestrian-focused with artistic walkways, dining patis, varied options for shopping and programmed events throughout the year. Tenants coming to Fenton include:

The grounds that will one day be home to Fenton look a bit different than renderings at the moment with many months of construction ahead. Located at the interchange of I-40 along Cary Towne Boulevard, the site’s work is underway with vertical construction set to begin within the year.

Story by Ashley Kairis. Renderings and press release courtesy of the Wilbert Group. Read more on Fenton in the Archives.