Cary, NC — The Cary-based NC Courage soccer team eased back into training and practices with heavy restrictions starting on May 12.

The National Women’s Soccer League announced the allowance of small group training, not exceeding 8 players, starting on May 25 and transitioned to full-team practices 5 days later. Now, the beloved NC Courage players are doing us proud, holding the first place spot in the month-long NWSL Challenge Cup in Utah.

All eight NWSL teams are competing not only for the Challenge Cup, but for the bragging rights of winning the first tournament of the resumed season amidst a pandemic.

Courage Defeat Thorns in First Round 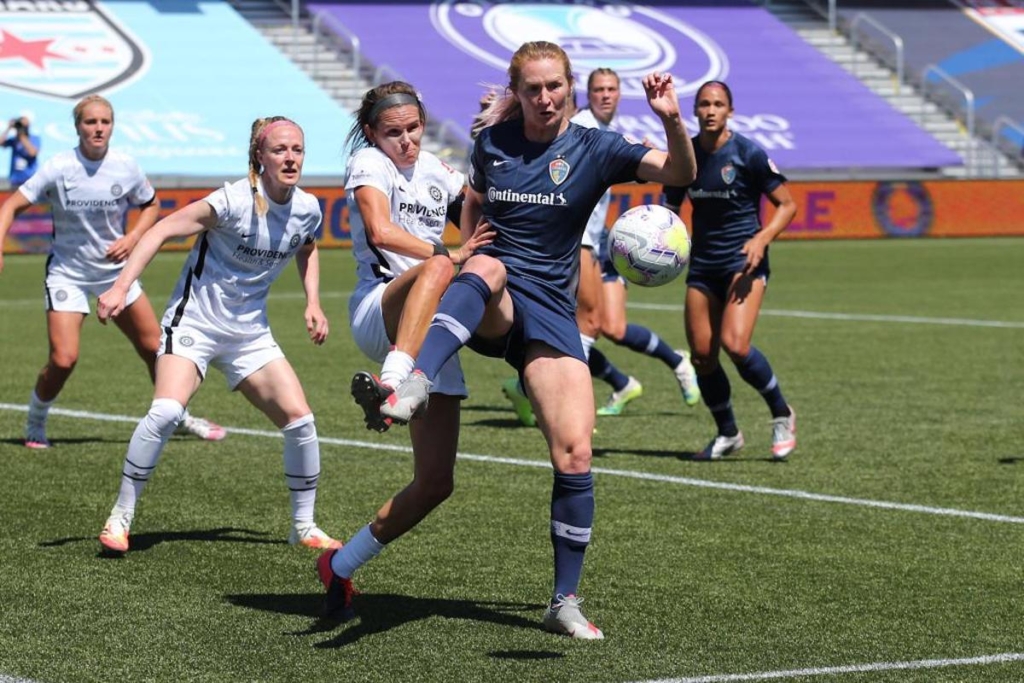 The NC Courage defended their winning streak against the Thorns with their last match against them in 2019 ending in a 6-0 win.

The opening match of the challenge cup was between the Courage and the Portland Thorns on Saturday, June 27. This match was the first professional women’s club soccer game to be aired live on a national broadcast network in the United States. As fans of soccer across the nation tuned into CBS that day, they saw a moment of unity from both teams at the start of the game. Players knelt during the national anthem in support of the Black Lives Matter movement.

In a joint statement from both teams, the moment was intended, “to protest injustice, police brutality, and systemic racism against black people and people of color in America.”

It wasn’t until the 75th minute of gameplay that the first goal hit the net, but thankfully, it was put there by our hometown team. Hailie Mace sent a quick pass to Debinha Miri who went for a show to the low corner of the net. The Courage were up 1-0 when, with 10 minutes left in the game, the Thorns tied up with an unassisted goal.

It was looking to be a tied match at the end, but in the fourth minute of stoppage time, Sam Mewis saw the opportunity and passed the ball cross-field to Lynn Williams who sank the game-winning goal. From there, the Courage went on to face the Washington Spirit on Wednesday, July 1. 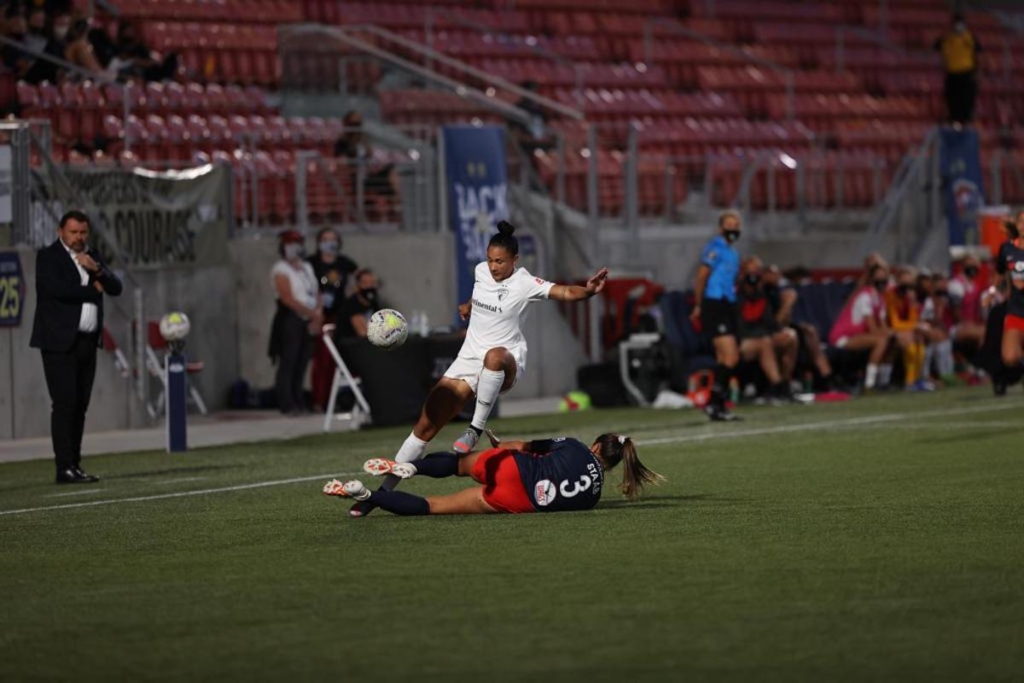 The NC Courage put it all on the field, albeit in front of a crowdless arena.

The Courage, following the stellar lead of Lynn William, snatched up their second win of the NWSL Challenge Cup preliminary round. In an unassisted effort, Williams intercepted the ball from a Spirit defender and made her way, dribbling her way to the sweet spot where she fired a low-corner shot 50 minutes in.

Becoming the highest-scoring single player in the cup, Williams put her third goal of the tourney in the net just minutes later, making the score 2-0. With the team’s 6-point total following the win, they have taken the first place position in the tournament standings.

Next Up for the Courage

In continuing the preliminary round of the Challenge Cup, the NC Courage will face the Chicago Red Stars on Sunday, July 5 at 12:30 PM EST. The following game will be against Sky Blue FC at 10 PM EST. Both are set to be covered on CBS.

After these four preliminary match-ups, the tournament will head into quarterfinals, semifinals and a final match to name the champion on July 26, 2020.