These were the words echoed by many last weekend in a series of peaceful protests and marches in downtown Cary.

The following photos are from two events, the first was a Friday, June 5 peaceful protest from Cary High School to the downtown fountain and the second was the Saturday, June 6 Cary Unity Walk attended by hundreds throughout the streets of downtown Cary. During both, the Cary Police provided escorts and closed streets to accommodate the crowds. 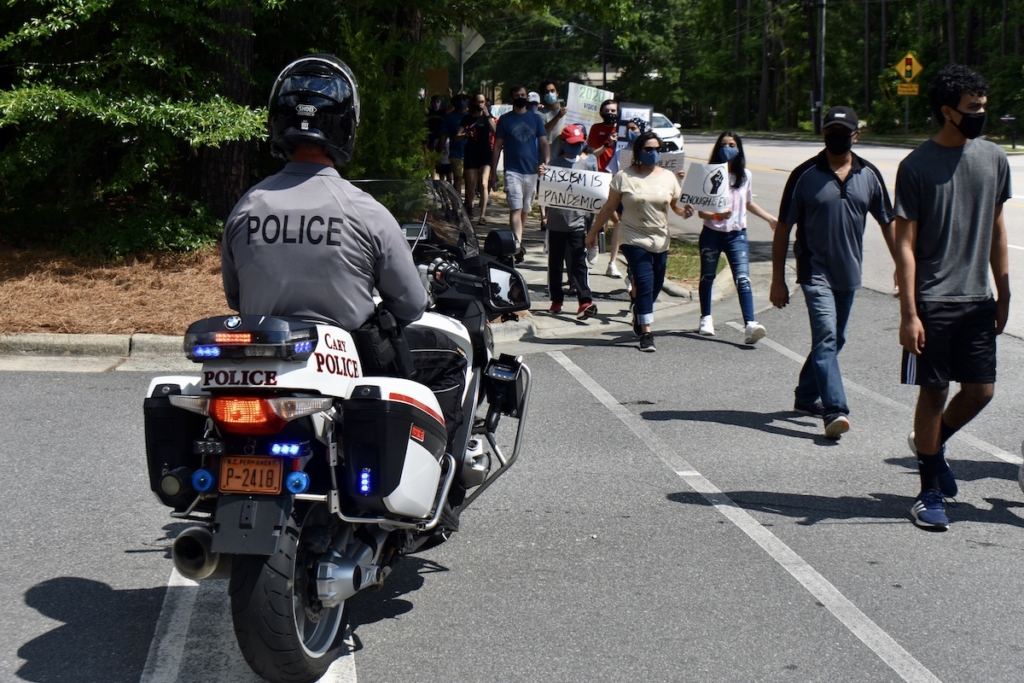 Cary Police lined the streets on motorcycles, on foot and in cars to provide a safe path for the Friday afternoon protestors. 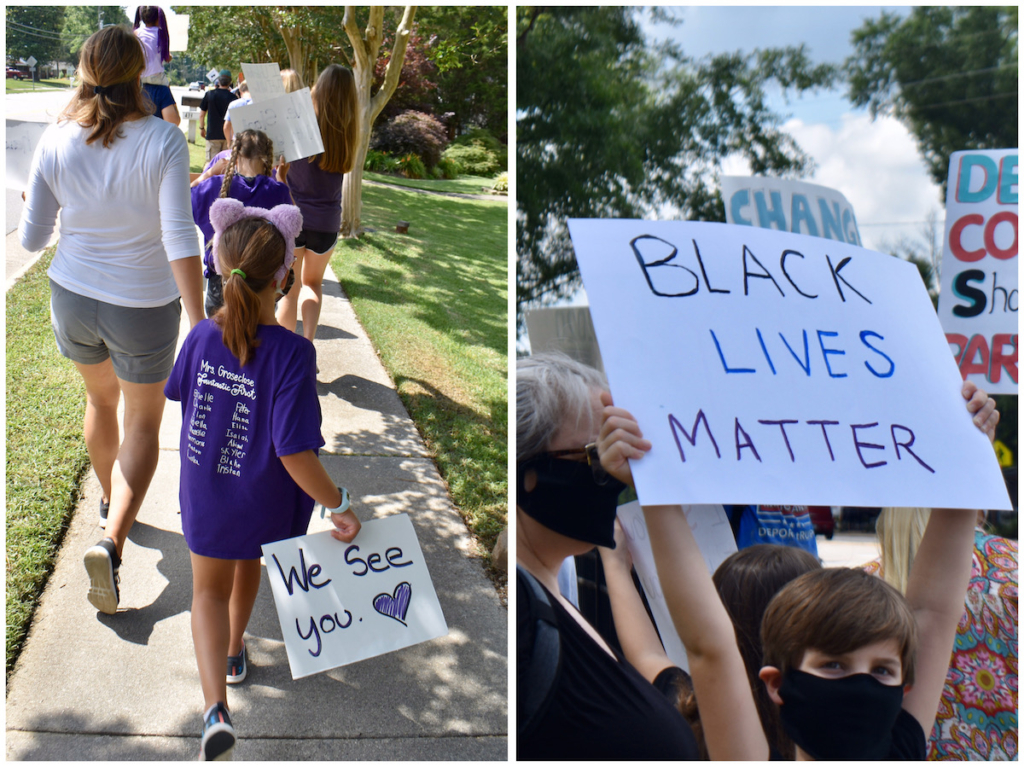 A handful of Cary kids joined their parents and friends on the route to the fountain from Cary High School.

Several protestors spontaneously stepped up to speak to the crowds with their own stories and calls to action. 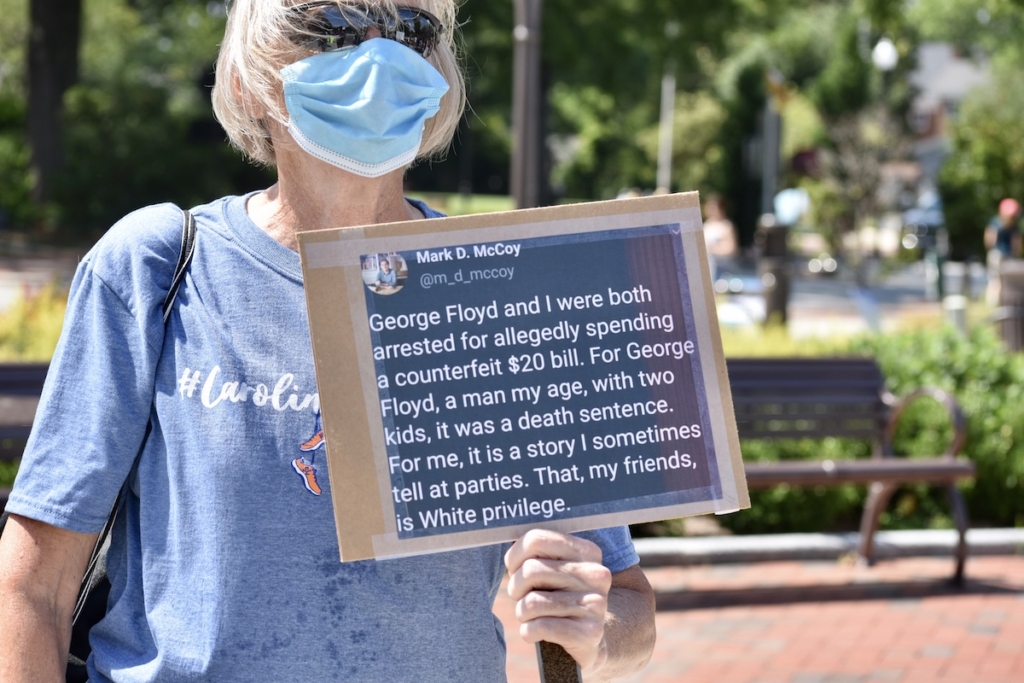 One of many signs in the crowd served as a homemade eye-opener about white privilege. 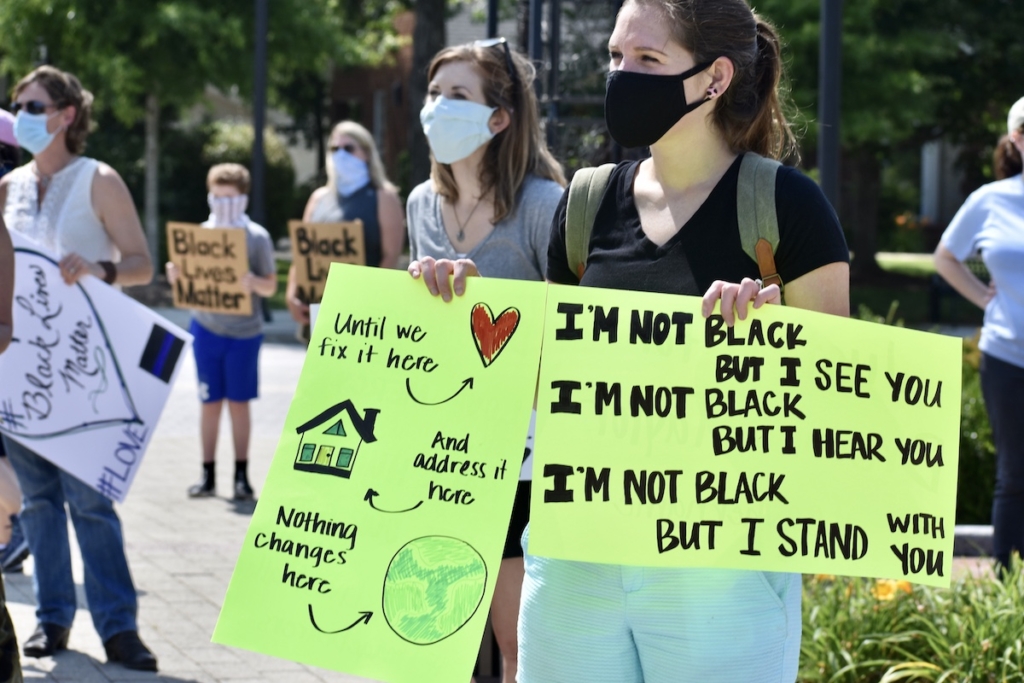 The must-brings for many protestors included a mask and a sign or two to voice messages for change and solidarity. 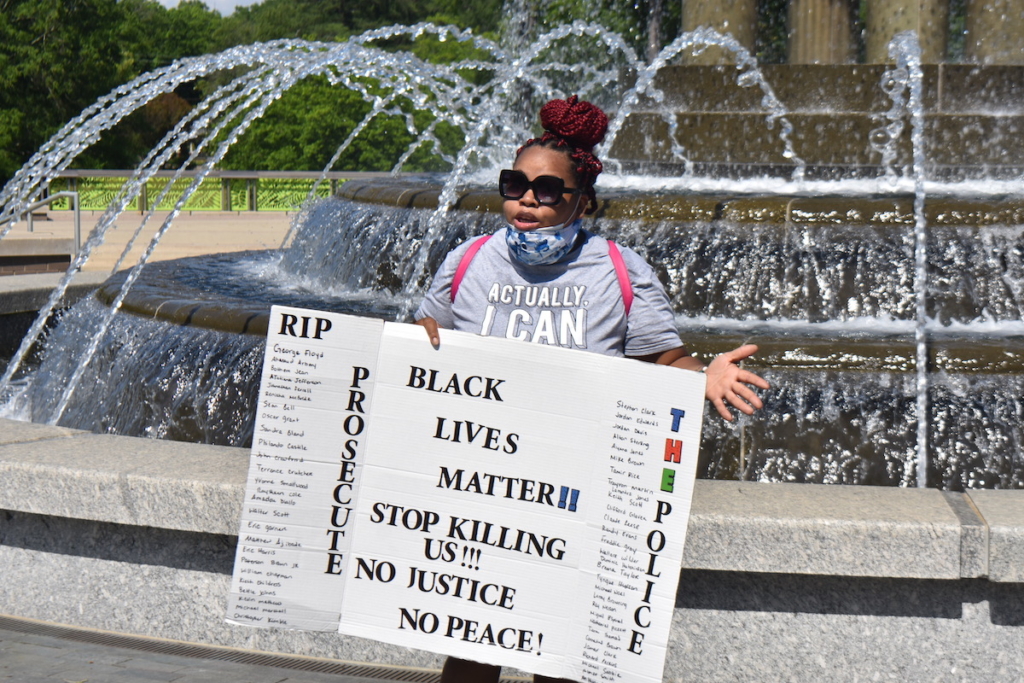 A speaker stands facing the crowd to share her story and to showcase a long list of black lives lost to police brutality. 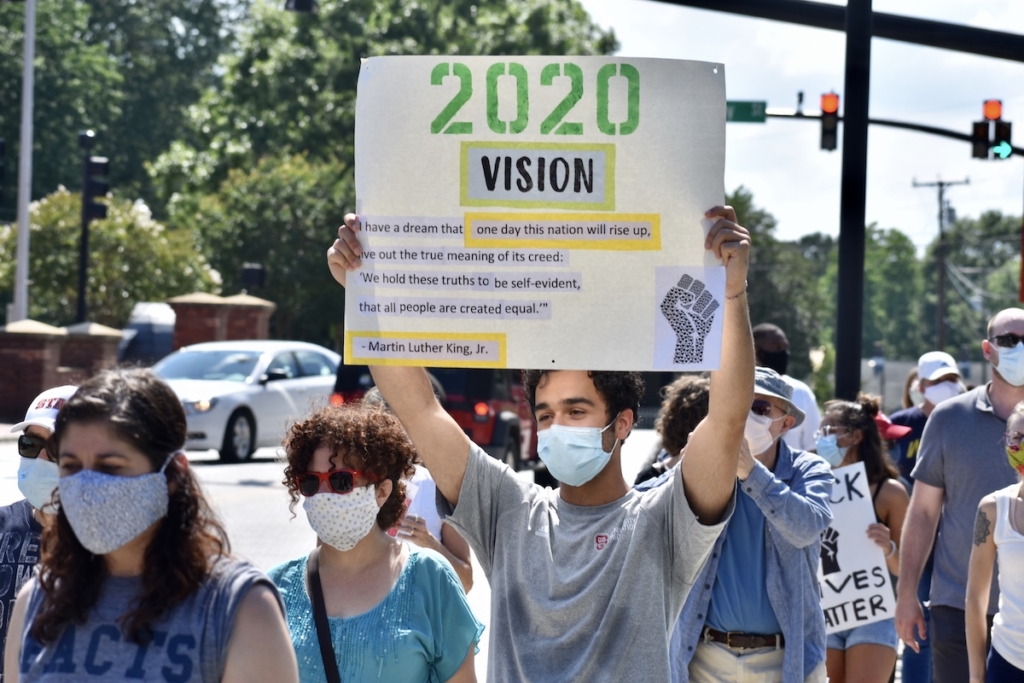 Words of Martin Luther King Jr. were held high on the route, passing in front of the Cary Arts Center. 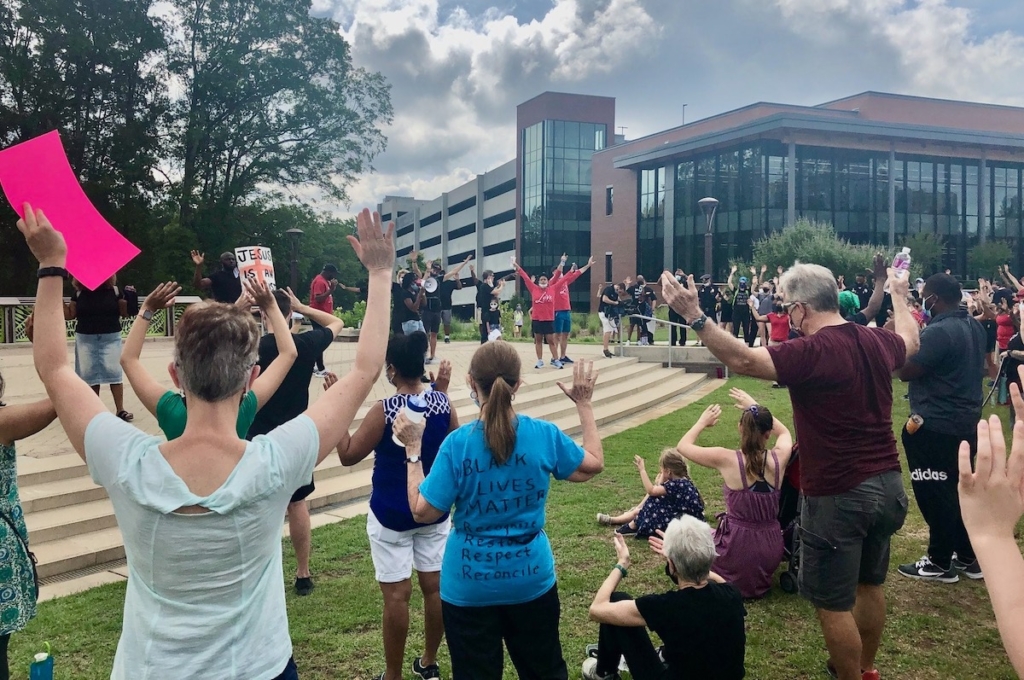 The opening to the Saturday Unity March. 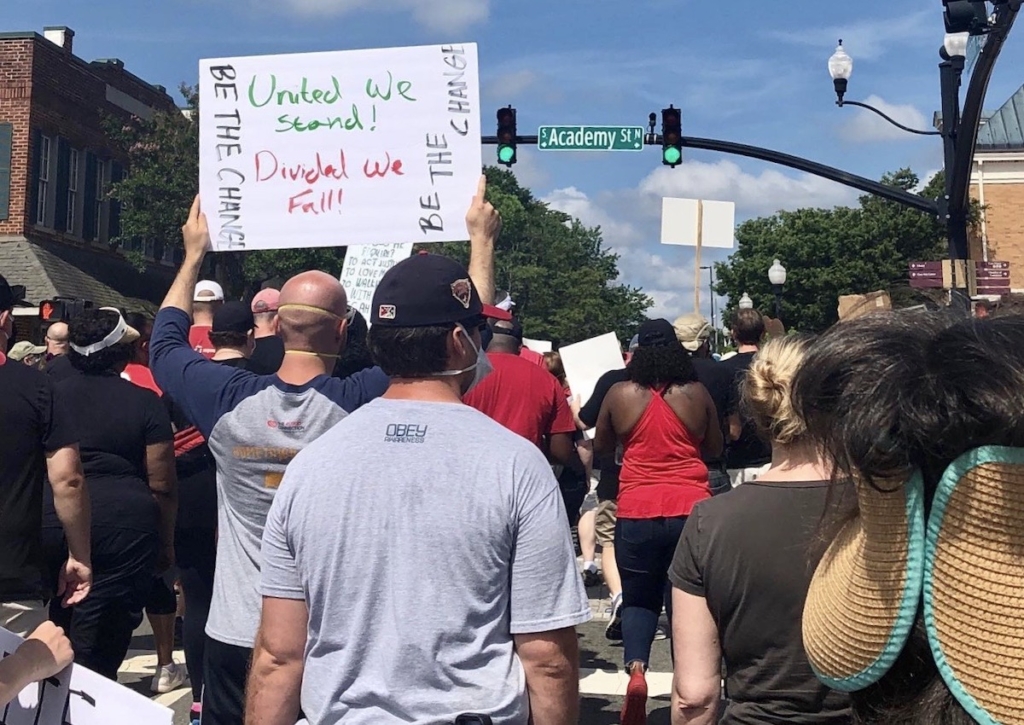 Hundreds of protestors gathered on the closed streets of downtown Cary. 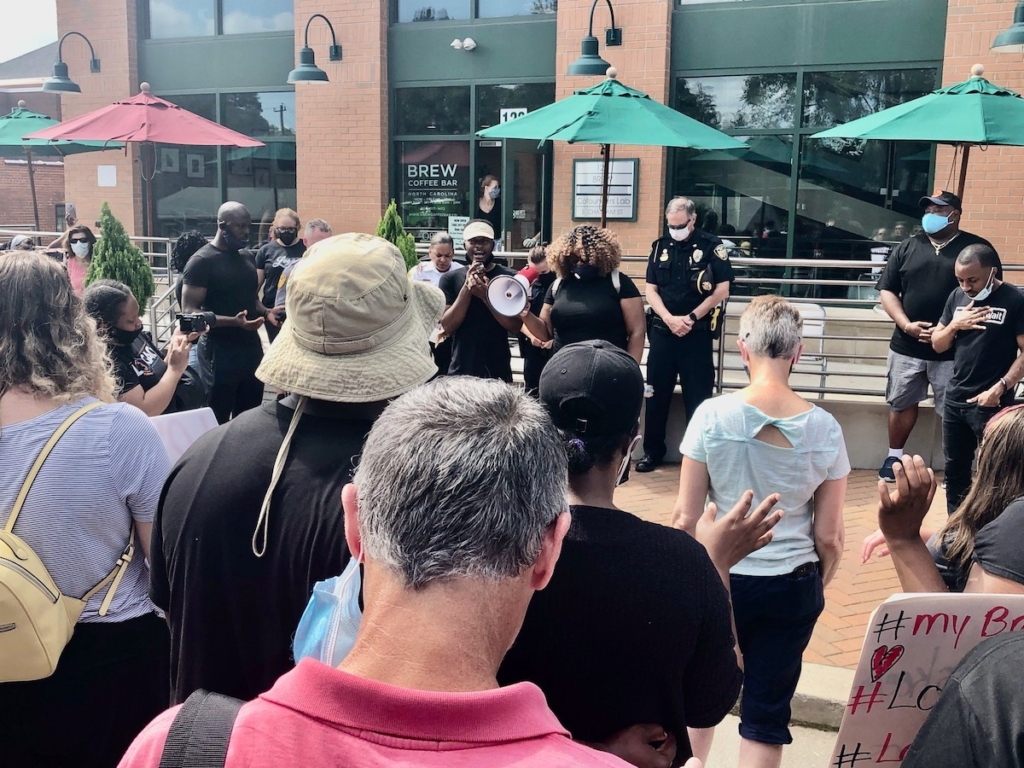 During one of several stops along the route, speakers hold up the megaphone and speak their truth in front of Brew Coffee Bar. 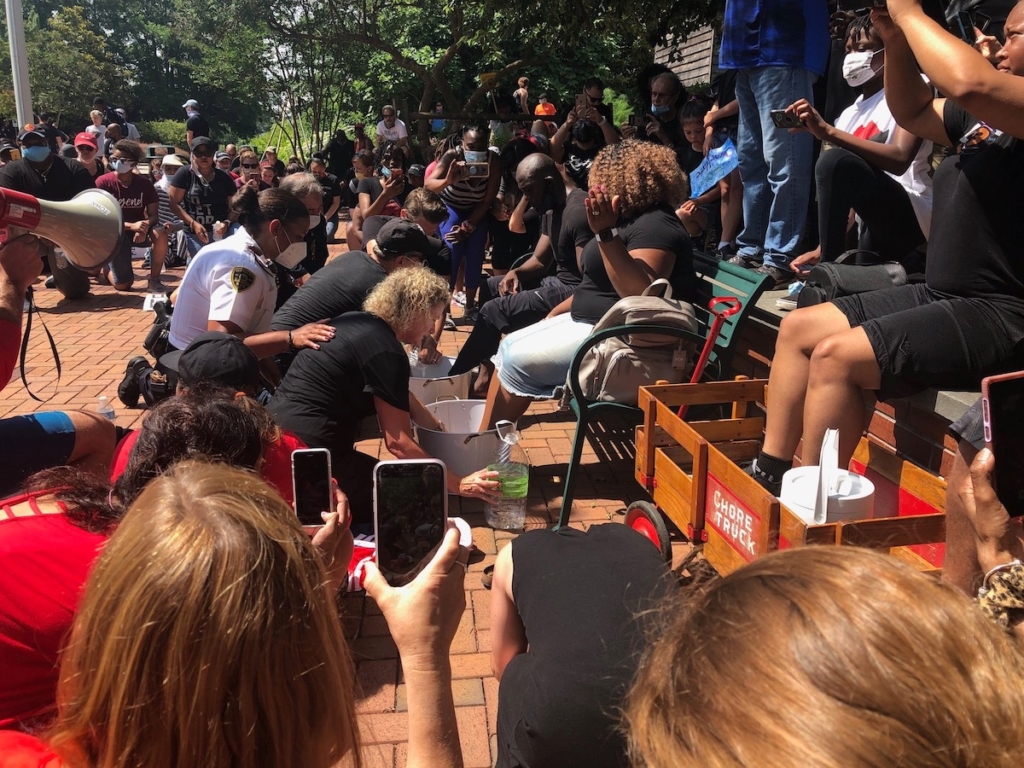 As part of the Unity Walk, members of the community volunteered to take part in a washing of the feet event. This particular moment in the Unity Walk symbolized humility and service according to Mayor Harold Weinbrecht.

Livening Up My Landscape
Scroll to top