Cary, NC — A Cary High School student created an event this week that brought together residents and Cary Police in a unified stand against racism and police brutality.

According to Cary Town Councilwoman Lori Bush, the student and her father were part of the clean up following the May 30, 2020 peaceful protests that turned violent in downtown Raleigh. This experience was moving for the student, sparking an idea that would serve to spread positivity.

This student teamed up with her father, the Cary High Idea Club and the Town of Cary Police Department on Tuesday, June 2, to bring about conversations with the police and to create art with chalk on the sidewalks of the downtown fountain area.

“The group came together and talked about, among other things, how the messages they displayed today should live in their hearts and not just on concrete,” said Bush in an online statement. Once the event came to an end and photos were taken of the art, the Cary Fire Department was there to return the park to its original state.

These photos were taken during the Tuesday afternoon event and were shared publicly on Facebook. 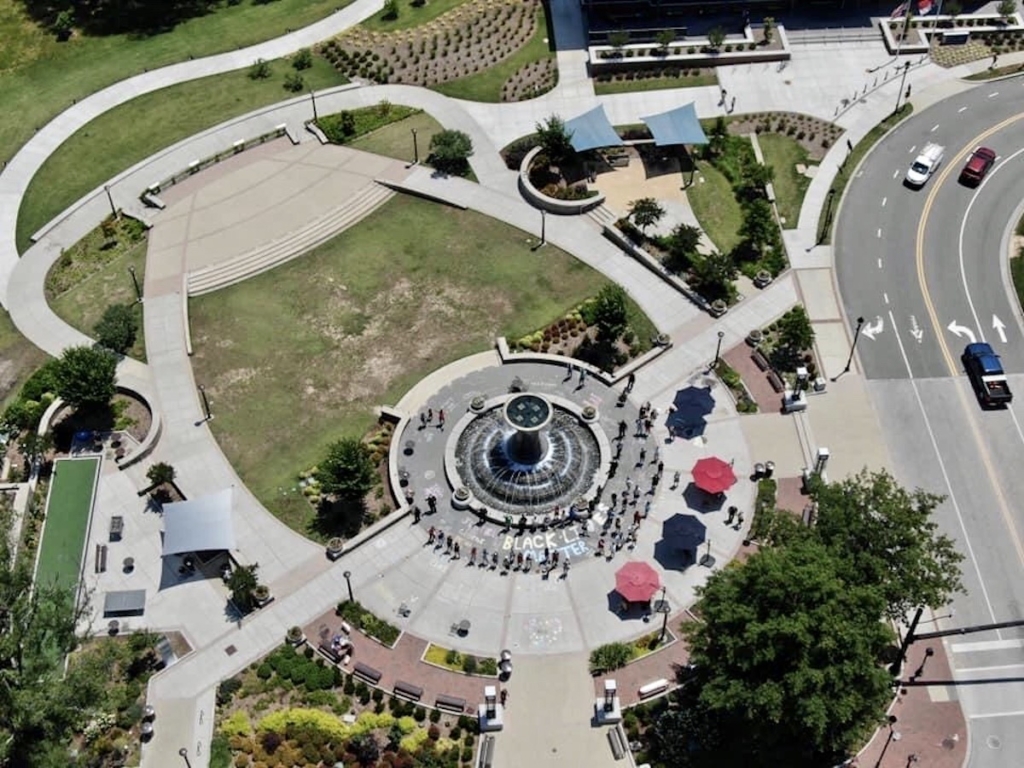 A drone flew overhead to capture the group event. From the sky, you can read the largest chalk letters that read, “Black Lives Matter.” 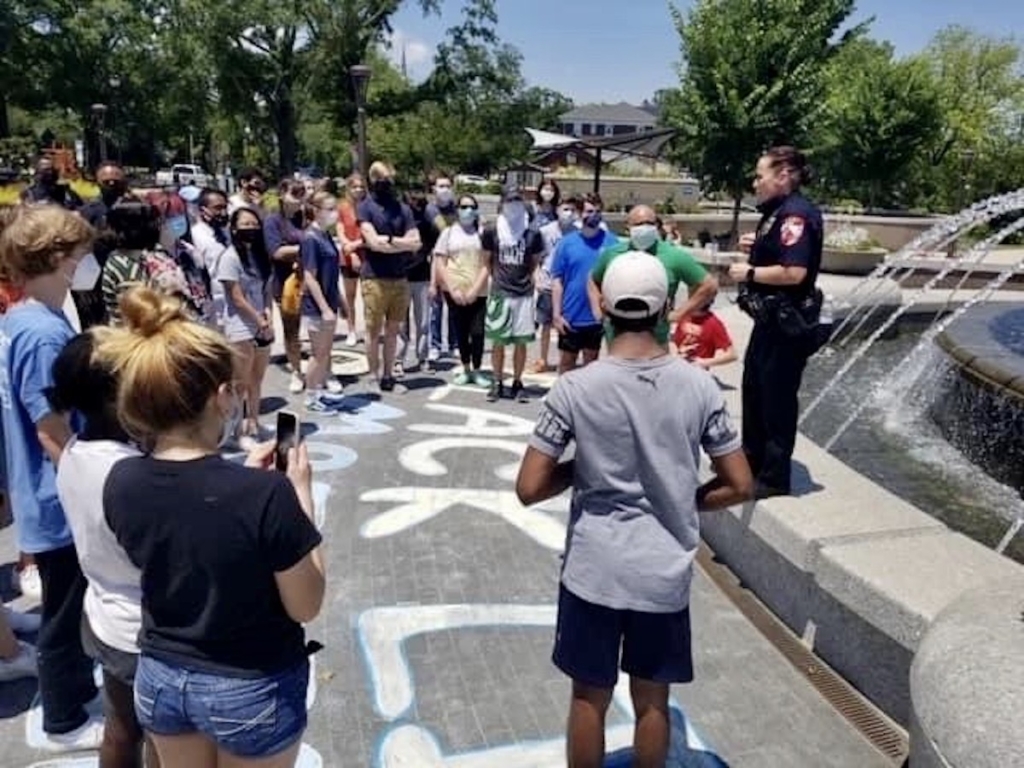 Chief of Police Toni Dezomits addresses the students and residents who came to participate in the event. 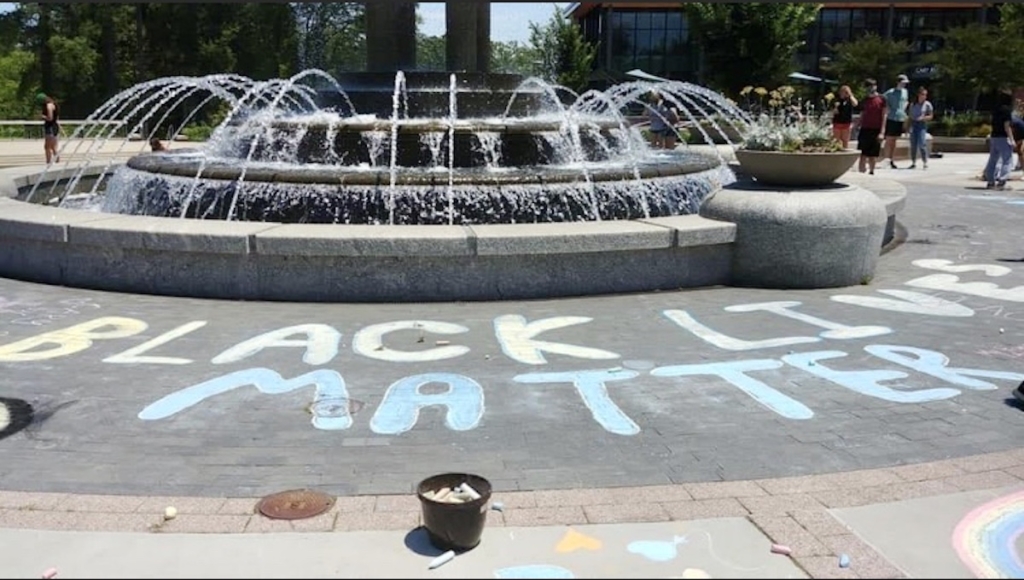 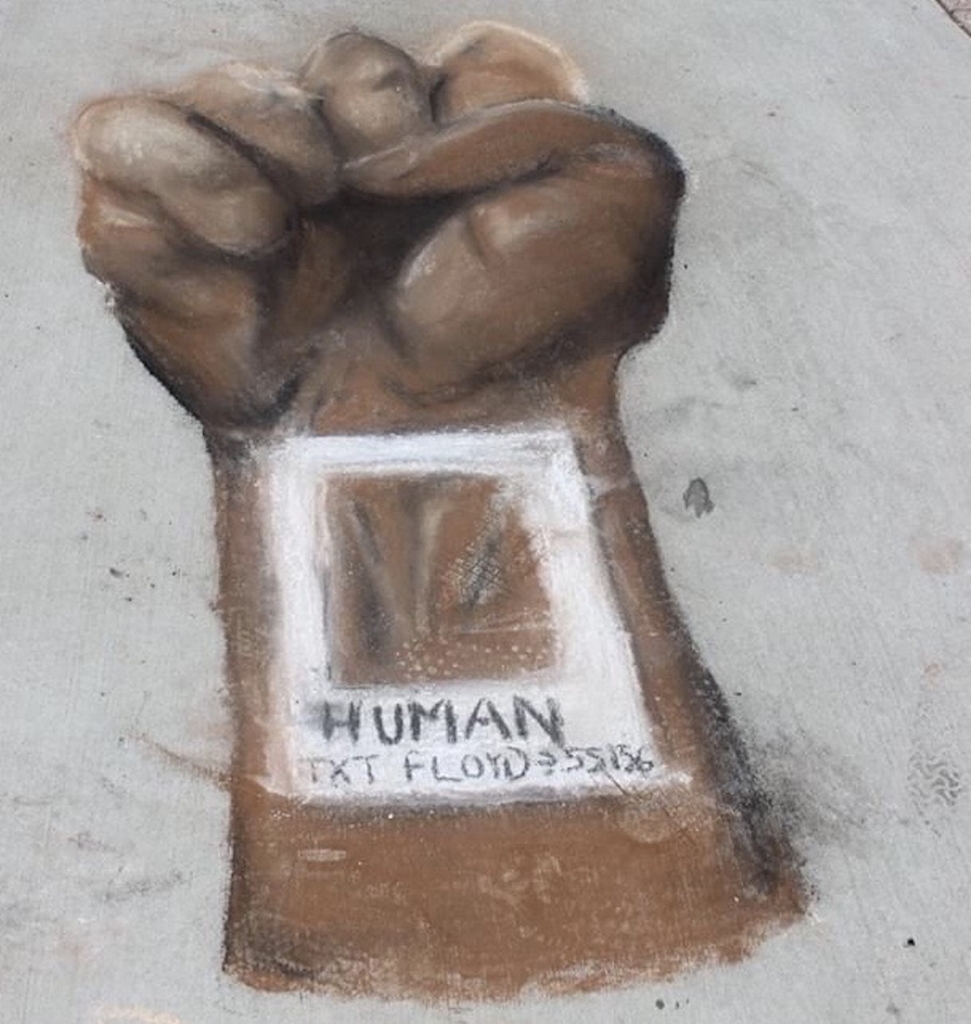 One young artist drew this symbol along with a call to action to text “Floyd” to 55156. This adds a person’s name to the Color of Change Petition which seeks justice in the case of George Floyd’s death. 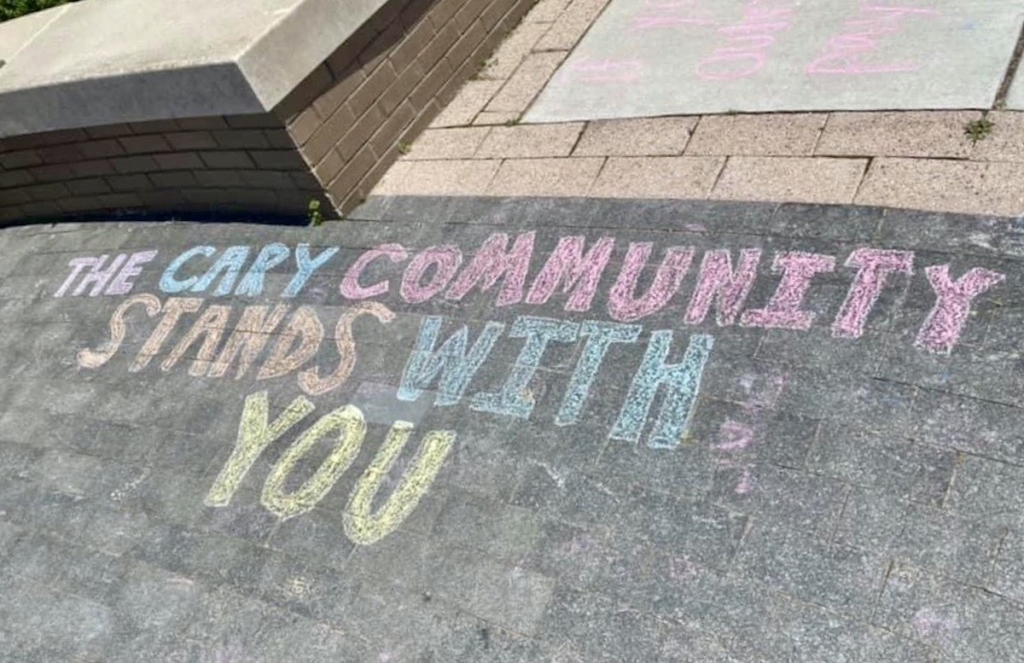 Countless unifying messages were drawn onto the concrete. 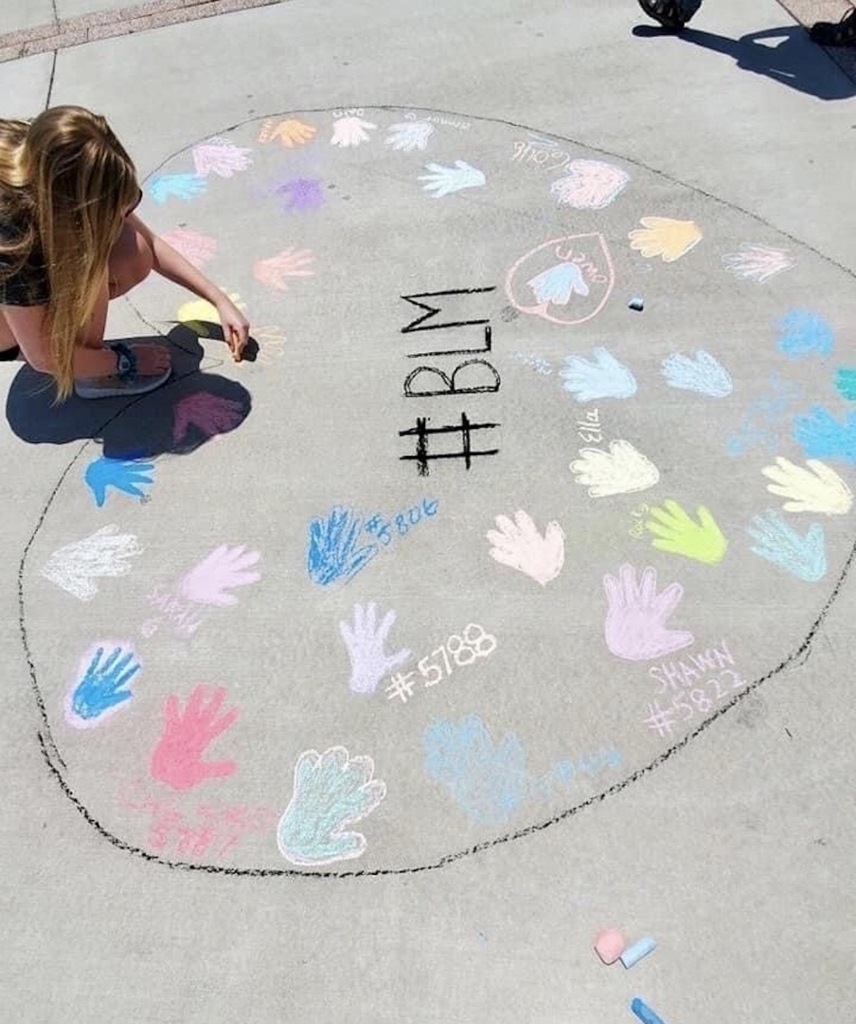 A heart surrounds the handprints of various students, residents and officers who wrote their badge numbers. 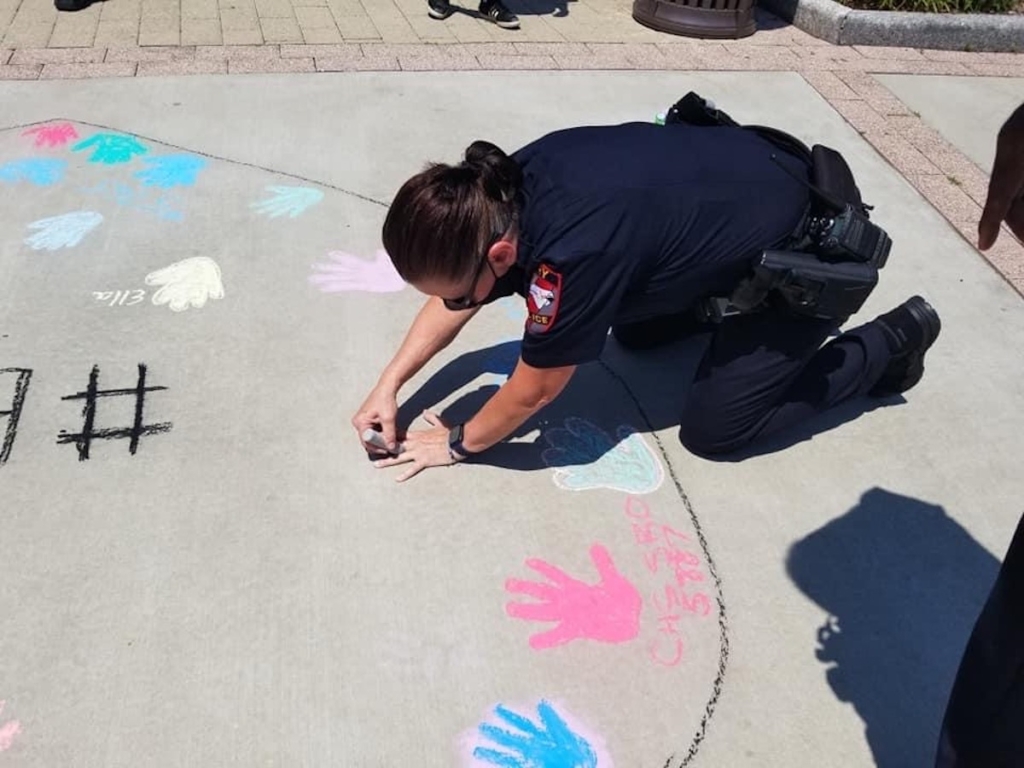 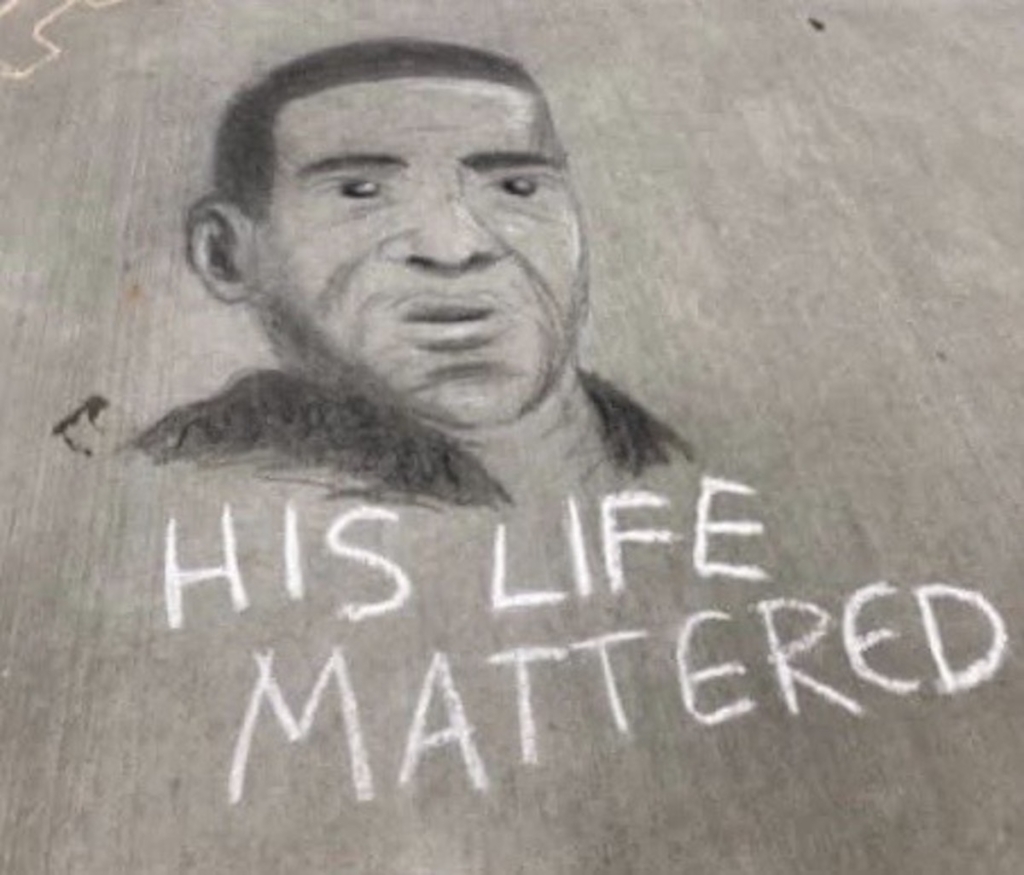 A young artist drew the face of George Floyd during the event. 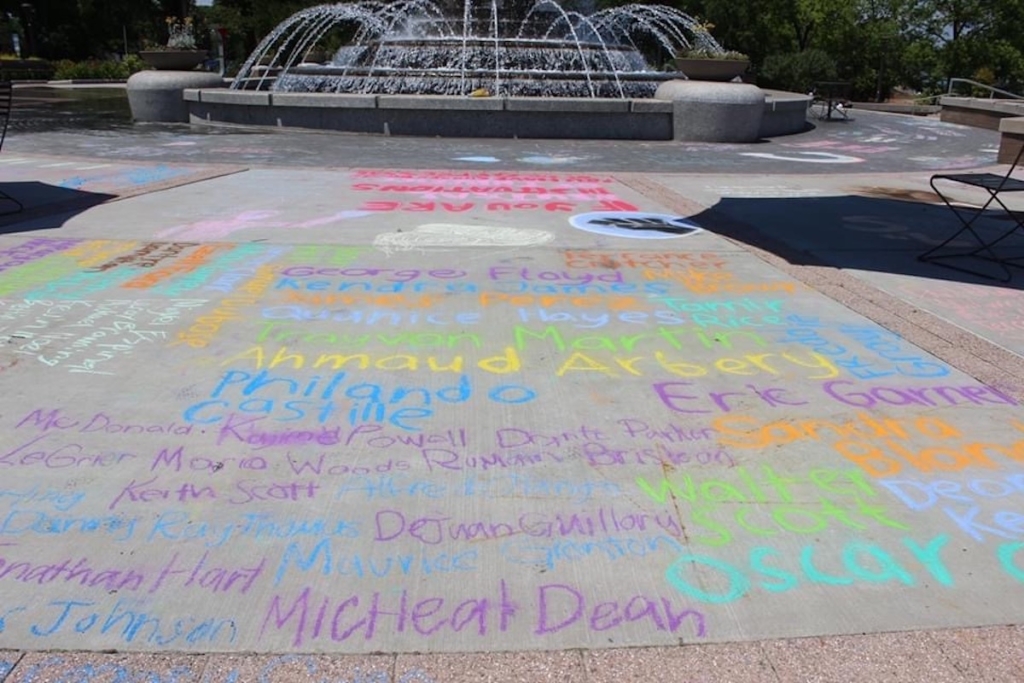 A collage of names symbolizes the number of black lives taken by police. 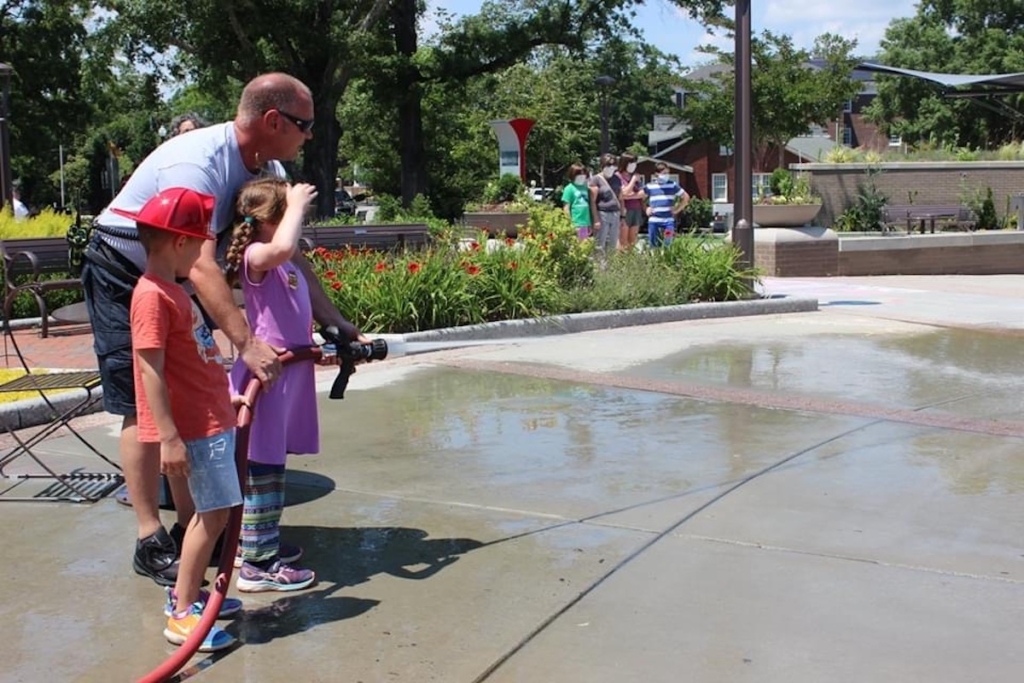 Cary kiddos assist a Cary Fireman in restoring the park following the event.