Cary, NC — On Saturday, May 30, peaceful protests related to the death of George Floyd turned violent in downtown Raleigh. Following the protests, Cary’s Mayor Pro Tem, Don Frantz shared the role of the Cary Police that night online as well as a detailed look into Cary’s police training procedures designed to prevent a similar tragedy in our community.

Unfortunately, in Raleigh last night, what began as a peaceful protest over the senseless murder of Mr. George Floyd in Minneapolis and concerns over police brutality nationally turned violent. At the City of Raleigh’s request, Cary Police Officers were sent to Downtown Raleigh last night to assist.

Cary MFF officers did not deploy any gas, make any arrests or exercise any use of force.

Cary MFF was tasked to “Hold the Line” on several streets creating a passive barrier between protestors and secure areas.

While on Fayetteville St. protestors threw rocks and glass bottles at Cary officers and other officers. Raleigh deployed gas to disperse the violent protestors.

Raleigh expects more protests this afternoon and Cary Police Chief Toni Dezomits has our MFF prepared to return to Raleigh if requested.

I pray for peace and for everyone’s safety.

Note: The following is from a May 30 blog post from Frantz:

I can’t speak for Minneapolis, but this is how Cary does it.

The murder of Mr. George Floyd by police officers in Minneapolis is abhorrent and disgraceful. My heart breaks for his family, his friends and their community. I pray they receive the justice they deserve. I also pray that the riots taking place across the country stop. They do not honor Mr. Floyd nor do they bring justice to him or his family. Destruction and fear will only further divide us.

A number of you have reached out to us wanting to know if we are taking the appropriate steps to make sure that the tragedy that occurred in Minneapolis doesn’t happen here. We appreciate the questions and concern.

First and foremost, the focus of the Cary Police Department’s Subject Control and Arrest Techniques is to safely gain control of a non-compliant suspect without injury to the suspect or officer.

Officers are instructed to use only appropriate force and to stop using that force the moment compliance is gained. Officers are taught to gain compliance through utilizing limb control and leverage, rather than pain control.

Officers are additionally instructed to place a handcuffed suspect into a seated and upright position as quickly as they can to ensure that breathing is not labored. 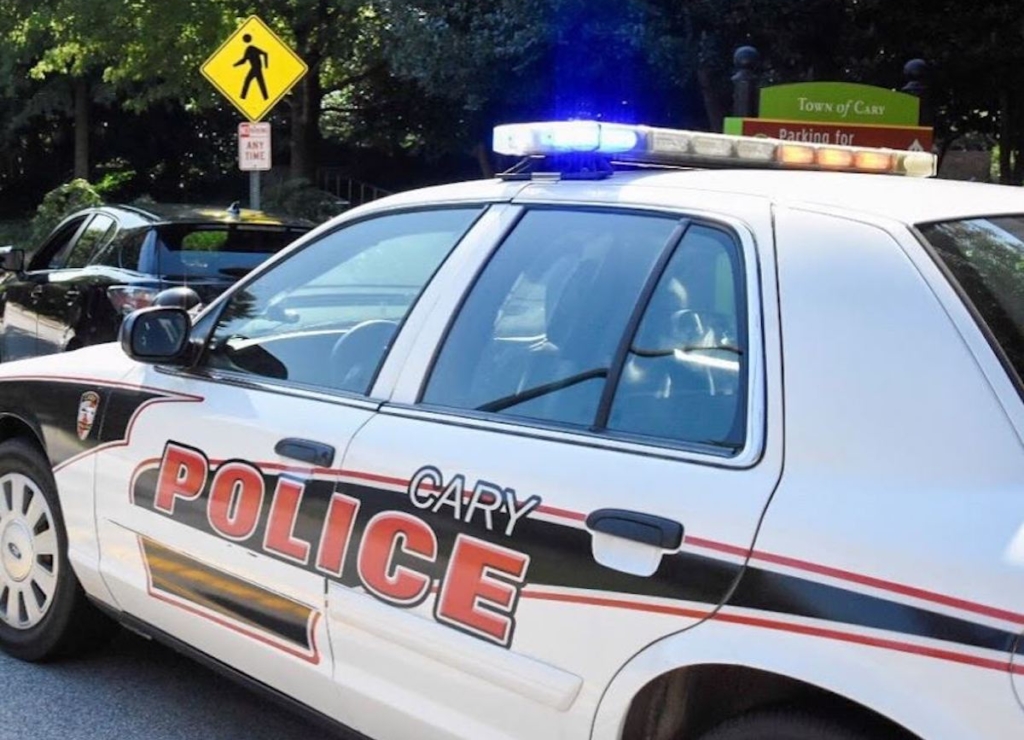 The Cary Police Department uses “reality-based training” to conduct the physical portion of their use of force and de-escalation training. Each block of training is designed to mirror a use of force incident that has, or may have happened nationally. They utilize role players and simunition (non-lethal training ammunition) to give the officers the real experience of dealing with the unknown. Officers never know if a “suspect” is armed or not and will have to deal with the situation appropriately. Every evolution of reality-based training offers an opportunity to de-escalate or change tactics.

Focus has been on dealing with calls of suspicious persons where the officer has no idea if any law has been broken or not, they are merely “dispatched” to a call of a suspicious person much as they would be when a citizen calls the police with little details. The officer must deal with this just as they would any call. The goal is to simulate real calls for service and evaluate and train the officers on the correct response.

De-Escalation of Self & Use of Force Training

When Cary PD added de-escalation training to their continued curriculum, they noticed that many courses of study offered a variety of techniques. They emphasize active listening but the primary focus of training is “De-Escalation of Self.” There is no guarantee that Cary officers will be able to de-escalate someone else, but they can always de-escalate themselves. This is done by focusing on breathing and self-control so that they are able to step back if needed and re-assess any situation so that they can handle it with a clear mind and make the best decisions possible.

Cary Police Officers also receive training regarding people with mental health crises, those who may be suicidal or irate, the non-compliant, hearing impaired and those with whom we may have a language barrier (for which we have interpreters).

Regarding the use of force, Cary Police Officers attend Use of Force Training every year with topics covering different levels of force and their appropriate use.

The officers must qualify on their firearm with a requirement that exceeds the state minimum by 10%. Officers must also qualify on a tactical firearms course involving movement, decision making, and “shoot/no shoot” targets.

They also train annually on law Enforcement Trauma Care and have learned to treat traumatic injuries. This has resulted in the life-saving field application of several tourniquets on persons experiencing arterial bleeding.

Cary Police Officers also receive training on response to active shooter incidents and have done so in partnership with our schools utilizing role players and reality-based training to simulate an incident to the best of their ability.

And last but certainly not least, the Cary Police Department has done yeoman’s work to build bridges throughout our community through a number of initiatives to include:

Project Phoenix is designed to help residents, owners and rental property managers of multi-family housing communities keep drugs and other illegal activity off their property.

This initiative brings Cary police and apartment managers together to share information, review crime trends and develop strategies for solving problems and reducing the fear of crime in and near multifamily housing developments. Team officers partner with residents and management staff to become involved in community affairs and tailor services to the unique characteristics and needs of the participating properties. 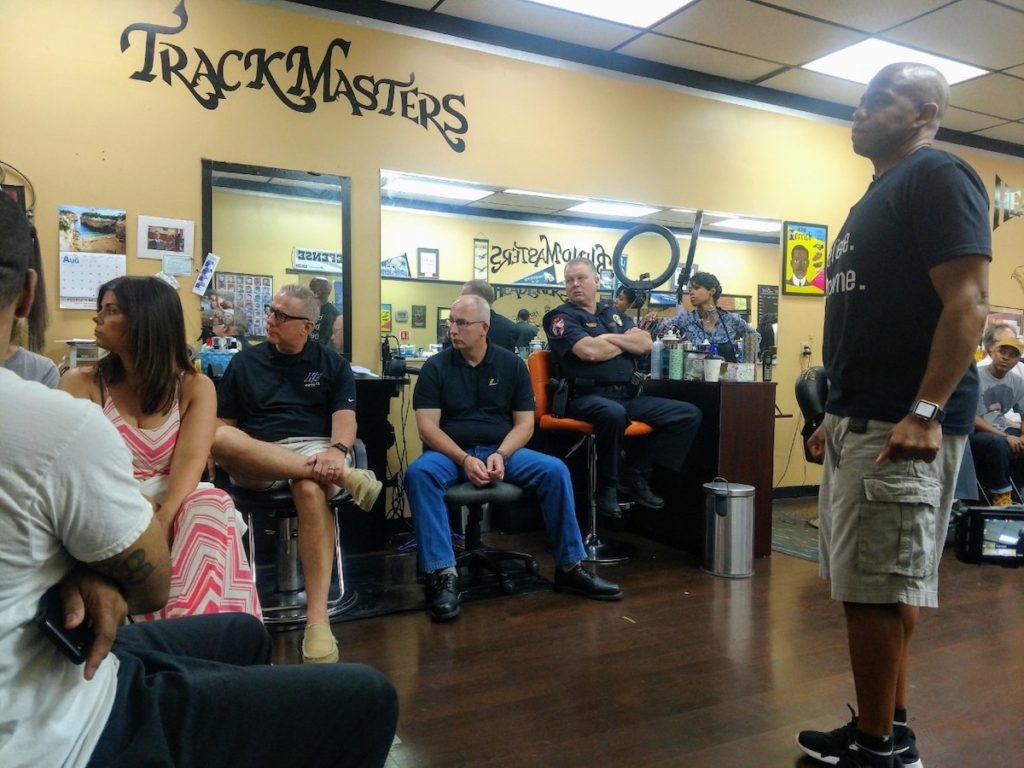 The Barbershop Rap Sessions began years ago thanks to the leadership of Tru Pedigrew of TruAccess and Former Cary Police Chief, Tony Godwin. The sessions are hosted monthly at Headlinder’s Barbershop in Cary and encourage an open and honest discussion on a wide range of topics between the African-American community, Cary Police officers and citizens.

The initiative has become so successful that it has expanded to other communities throughout the region. Anyone and everyone is welcome to attend. WRAL did an amazing piece on the rap sessions and their impact on our community here.

The School Resource Team, a component of the Services Bureau, emphasizes early intervention in the lives of youth who are at risk. The team consists of 12 uniformed officers assigned to the schools. The goal is to redirect negative behavior before it lands a student in the court system and build positive relationships between students and police officers.

Team members are active in the Wake County Teen Court program, which diverts minor offenders from the juvenile justice system. Programs are designed to empower youth to take charge in situations that could adversely affect them. School resource officers and juvenile crime detectives work together and are regularly in contact with the same youths.

A full-time school resource officer (SRO) is assigned to each middle and high school in Cary. The officers work with school administrators on security and safety issues and investigate crimes in which students are victims or suspects.

I am especially proud of Cary Police Chief, Toni Dezomits who along with countless Police Chiefs and Departments across the country have condemned the actions of the Minneapolis Police Officers involved in Mr. Floyd’s death. Here is an excerpt from her press release.

“I too share in your emotions and sentiments regarding the heartbreaking and senseless death of Mr. Floyd. The actions of the officers in Minneapolis were deeply disturbing, inexcusable, and were void of basic human compassion. As a result, this incident has invoked strong emotions across all communities in this country and threatens to degrade the trust and positive partnerships many police departments have worked tirelessly to foster within our communities.”

You can read her full message here.

The bottom line is that the Cary Police Department is doing anything and everything that they can to ensure that Cary Officers are properly trained and prepared to handle most any situation that may arise while also treating our community with the dignity, respect, compassion and transparency they deserve regardless of race, sex or national origin.

They will continue to do even more because that is the Cary way.

Story and barbershop photo from the blog of Don Frantz. Police car and Don Frantz photo courtesy of the Town of Cary.

Everyday Heroes: A Nurse and Advocate for Others